Kunak was on his way to becoming a circus performer when he was saved by forest rangers. Just a cub when he was brought to the snow leopard rehabilitation centre near Lake Issyk-Kul in Kyrgyzstan, he is now a gracefully aged snow leopard.

Alcu is another snow leopard living in the centre. She was injured in a trap set by poachers when she was just a cub and was saved by a group of rangers working with NABU (the Nature and Biodiversity Conservation Union), a Germany-based organisation. The last of the three big cats living in the sanctuary is Kalutschka, a seven-year-old snow leopard that was born in captivity.

The sanctuary called ‘Snow Leopard’ is the world’s largest outdoor enclosure for snow leopards, set up in 2002 by Nabu and in cooperation with the Kyrgyz government. The centre allows the cats to move up and down the mountain, part of the Tien Shan range, in enclosed paths, the closest they can ever be to the wilderness.

“I’ve been working here since 2009 and I feel attached to these animals,” said Max, a forest ranger who is part of the ‘Gruppa Bars’ anti-poaching unit, which regularly patrols the snow leopard habitat.

The centre also tends to injured wild birds, such as long-legged buzzards, until they are fit to fly again. But the snow leopards lack the hunting skills they need in order to be released back into the wild.

Snow leopards are highly secretive in nature, difficult to spot in the wild. They are few of them inhabiting large areas, approximately 3,900 to 6,300 across 1.8 million square kilometres of their range in Central and South Asia. This makes it difficult to count how many are left in the wild, and the population numbers are, at best, an estimate culled from information from 12 countries.

“It is guesswork because the only scientifically-respectable techniques available are camera trapping and faecal genetics,” says Charudutt Mishra, the science and conservation director of the Snow Leopard Trust. “If you look at all the studies that have ever been done on snow leopards, the area covered is not even 2% of the entire snow leopard range. We don’t know how many there are and what’s happening to them.”

At the same time, conserving this elusive big cat is highly important. Their numbers are few and their numbers and health are indicative of the health of their habitat: the high mountain ecosystem – the source of 20 of Asia’s major rivers which 1.4 billion people rely on for water.

As global efforts to save snow leopards face various threats from all angles, top government officials, scientists and business leaders gathered for the Global Snow Leopard and Ecosystem Protection Programme (GSLEP) at the Snow Leopard Forum in Bishkek, Kyrgyzstan last month to address the threats and conservation challenges.

“The snow leopard is a vivid symbol of the mountain ecosystem of Kyrgyzstan and it is gratifying that the world community is concerned about the threats to them,” said Almazbek Atambaev, president of the Kyrgyz Republic in his address to the forum. “We have laid the foundations for interactions between a range of countries and laid working contacts with environment and financial institutions.” 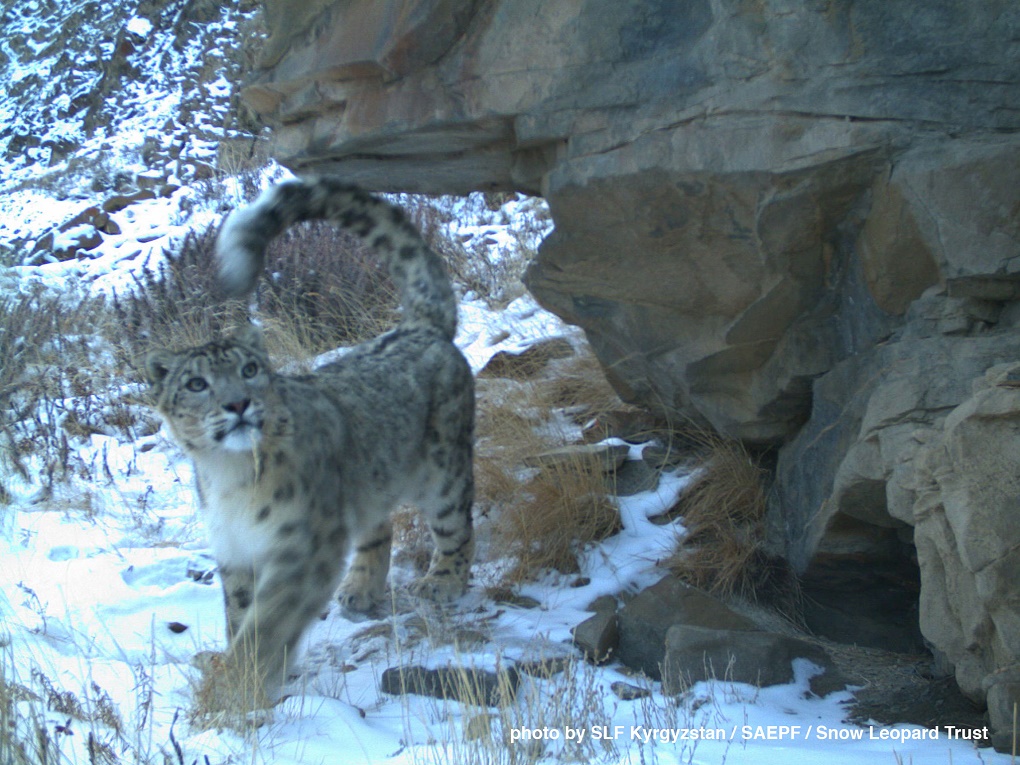 Atambaev also announced that April 24 will be celebrated as International Snow Leopard day in the 12 range countries – although such a day already exists (23 October).

Snow leopards face multiple and significant threats such as climate change, retaliatory killings by humans whose livestock has been taken, conflict with livestock and pastoral communities, poaching for pelts and other body parts, habitat destruction and fragmentation due to mining, and infrastructure projects such as hydropower and roads.

There has been a significant rise in poaching since 2010. Approximately 450 snow leopards are killed every year according to a recent report by TRAFFIC, an NGO that monitors global trade in wildlife. Coupled with transboundary conservation issues and inadequate conservation funds, this is pushing the population further to the brink.

“We have raised USD 42 million in the last five years, while USD 150 million is still to be raised – that will be a tough job,” says Keshav Varma, CEO of the Global Tiger Initiative Council. 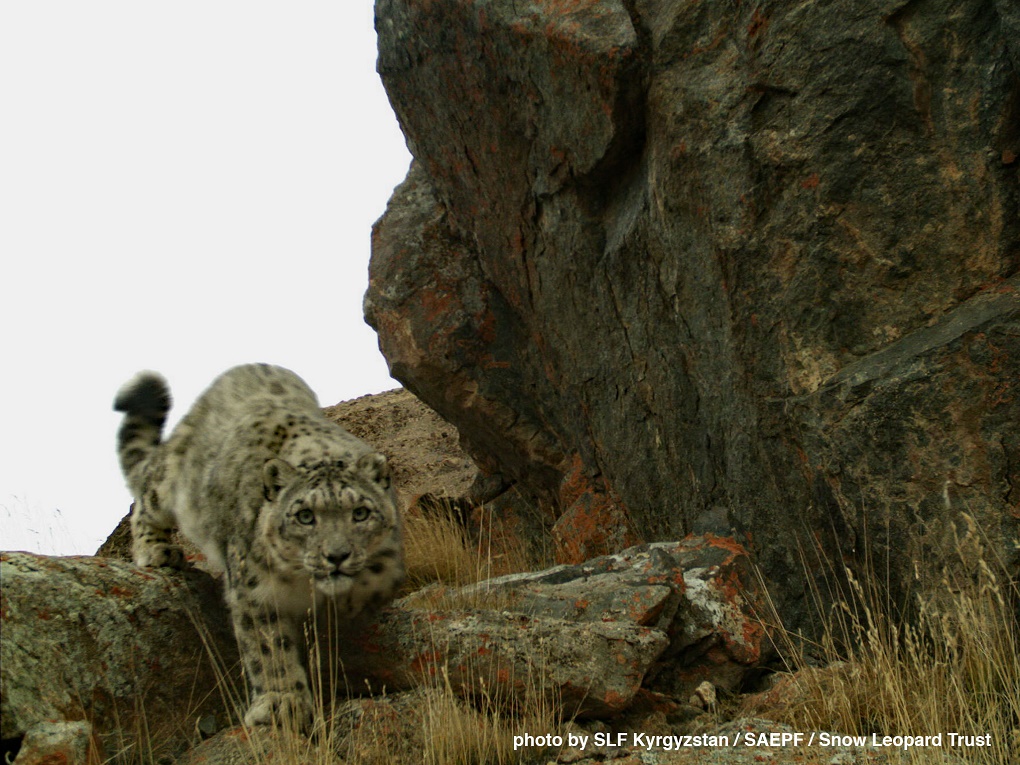 At the GSLEP summit, 20 snow leopard range countries (including China, India, Pakistan, Bhutan, Nepal, Mongolia, Afghanistan and Kyrgyzstan) presented a joint declaration to strengthen their cooperation and commitment to preserve the wild cat and its habitat. The purpose was to secure resources, strengthen political will, and boost the scientific monitoring of snow leopards to protect 20 landscapes by 2020, as decided in the 2013 Bishkek agreement.

The summit emphasised community-based conservation, an Asia-wide survey of snow leopards and their habitats, and implementing a timeline for completing landscape level management plans by the end of 2018.

“(Nepal’s) plan is based on the best available science,” says Yash Veer Bhatnagar, Senior Scientist (India/Kyrgyzstan), Snow Leopard Trust. “There are three to four snow leopards with radio collars in the landscape, more than 80% of which consists of existing protected and conservation areas that have a history of participatory conservation over relatively large areas.”

Pakistan has been working on reducing human-wildlife conflicts. The Baltistan Wildlife Conservation and Development Organisation (BWCDO) has introduced more than 50 predator-proof corrals in its project area to stop night-time invasions by snow leopards, and has been awarded this year’s UNDP Equator Prize for its work.

“This is the first time in its 15-year history that the Prize has been given to an organisation from Pakistan,” said Shafqat Hussain, associate professor of Anthropology at Trinity College, Hartford, CT in the US. “In 1999, BWCDO introduced a community-based livestock insurance scheme in one village in Baltistan. Today there are 17 such schemes operating in Baltistan.”

Bhutan, already known for preserving its biodiversity and forests, has also shown the way by setting up a model of sustainable financing for conservation efforts through its nationally managed Bhutan Trust Fund. Discussions are on if it can be replicated at a bigger, regional landscape level as a regional trust fund for snow leopard conservation.

In India, the focus is on community-based conservation. In Hemi Spiti, local communities are working with scientists to learn about camera trapping, to help monitor and cover large areas.

Meanwhile China, home to 60% of the snow leopard’s habitat, has shown strong support and identified a couple of landscape areas but has not been able to generate a conservation management plan due to the sheer size of the area.

“China’s challenge is that they have such a large area and they are saying that they need to invest in surveys to understand what the situation is,” says Mishra.

However, a snow leopard researcher in China told thethirdpole.net that while China has the biggest snow leopard landscape, it also has the biggest gap. “Not a single conservation organisation can do national survey and monitoring, except the Chinese government. We are piloting several cases to show the government what can be done, and where and how to do it,” said the researcher speaking on the condition of anonymity. “There is very little money input that goes directly to snow leopards, which is also the major problem that GSLEP is facing. The good news is that China has raised ecosystem conservation as a national policy and it seems that it will put in more and more money in this field. How will it be in the next five years? We’ll see.”

According to Xiaoxing Bian, project assistant at World Conservation Society’s Lhasa office, China and Russia are the main destinations for illegal snow leopard parts trade, with Urumqi (Xinjiang), Linxia (Ningxia), Xining and Golmud (Gansu) being the hotspots in China. Other than poaching, stray dogs have become a threat to snow leopards.

As stray dogs and snow leopards sometimes have overlapping terrain, and similar diets, there is a tussle for food that sometimes develops into open combat.

On a more positive note, Xiaoxing Bian noted that religion plays a part in snow leopard conservation in China. Much of their habitat overlaps with land of Tibetan Buddhist and Islamic communities, where public education about animal protection has proven easier.