Pangolins and red pandas are some of the most trafficked animals in the world. Both are distinctive mammals that are endemic to the eastern Himalayas, and both are threatened by a combination of geographic and socioeconomic factors fuelling illegal wildlife trafficking. This illegal trade is increasing at an alarming rate.

In 1992, Singalila wildlife sanctuary (SNP), part of the eastern Himalayas in Darjeeling, West Bengal, was declared a national park. In 1994 SNP was declared a major wild habitat for red pandas. The park encompasses the Singalila Ridge, a mountain ridge that runs from West Bengal to Sikkim in the Himalayas. To the west is the fragile, open border with Nepal.

See: Biodiversity of Hindu Kush Himalayas will plummet by 2100

Red pandas and pangolins in decline

Official figures on the number of red pandas and pangolins are not available, as SNP authorities and the Darjeeling Wildlife Division are reluctant to make the information public. But, according to media reports, the number of wild red pandas across SNP and Neora Valley National Park in Kalimpong is 40-45.

The International Union for Conservation of Nature (IUCN) lists the red panda as endangered, and India is estimated to have 5,000-6,000 red pandas in total. In 2015, an IUCN assessment said that global populations may have declined by 50% over the past 18 years, and that this decline would continue, and probably intensify, in the next 18.

In 1994, Darjeeling Zoo started a red panda conservation breeding programme. By 2003, it had 22 red pandas and decided to release two zoo-born females into the wild. Two more females were released in 2004 and a further four pandas were supposed to be released in October 2019. Despite these efforts, the red panda population in the national park shows no signs of increasing.

During my research in SNP, villagers told me that they had seen red pandas less often over the past 20 years than prior to that. In earlier times, they sometimes encountered red pandas in their neighbourhoods. 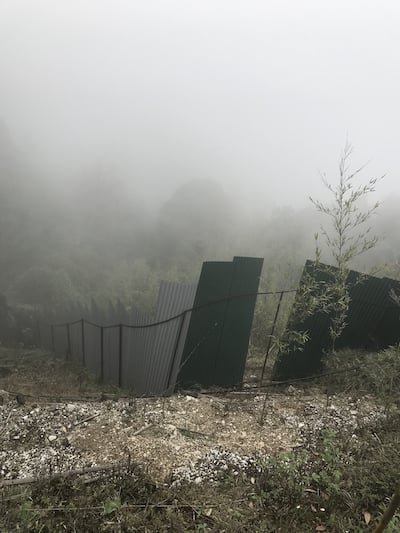 Cross-border poaching activity has increased, with demand for the trafficked animals coming from the illicit pet trade and private resorts, and from use of its pelt to make hats worn during certain ceremonies in China.

See: Save the Red Panda – Giant steps by tiny hamlets

Furthermore, to generate revenue from tourism the government of West Bengal has financed roads and other infrastructure inside the park, resulting in the rapid influx of visitors and vehicles – and pushing animals away. Ironically, the state blames local communities; the SNP’s management plan describes “local settlers in and around the park as a biggest anthropogenic threat to red pandas in the Singalila”.

Unlike red pandas, pangolins have not historically been at the centre of conservation efforts. India is home to the Indian pangolin, listed as endangered by IUCN, and the critically endangered Chinese pangolin.

In the past, local people in SNP often found pangolins near their farms. They are regarded as a natural pest controller, as a single pangolin will eat up to 70 million insects like ants and termites in a year. My fieldwork revealed that in the past locals rarely hunted pangolins – but poaching in recent times has increased manifold.

Trafficked because of demand for their meat and scales, particularly from China, the Environmental Investigation Agency (EIA), an advocacy organisation, reported in September 2019 that the equivalent of 110,182 pangolins had been confiscated by law enforcement that year so far, a 54% increase from the previous year.

Wildlife consumption in the mountains

For centuries, many communities in the Himalayas ate wild animals and birds, especially in mountainous areas. In some parts of eastern Nepal, there is a rich history of consuming pangolin meat as part of traditional medical and food practices, with the scales dried and shaped into rings worn by locals.

This does not mean that Himalayan communities hunted animals without any restrictions: the activity was mostly confined to the winter. Because many wild animals breed in the spring, it was believed they should not be hunted then. Parents used to tell their children that if they hunt in the breeding period, they would be punished by nature and become ill. Before the establishment of the national park, the villagers in and around SNP believed that small-scale community hunting of wild animals and birds played a crucial role in maintaining the ecosystem.

My own anthropological research suggests that this has some logic. First, encouraging children to hunt during winter gives them an activity in their long holiday, which normally starts in the first week of December and ends in late February or early March. Second, it is a way to control the expansion of wild species before the breeding period, so they do not come into conflict with humans. Third, disturbing the breeding season causes imbalance in the ecosystem that could create infectious diseases, hence hunting at this time is considered a sin.

Small-scale community hunting in SNP vanished after restrictions on entering the forest and designated park area were brought in the wake of India’s 1972 Wildlife Protection Act. This impacted communities’ livelihoods in many ways, and may have encouraged people to leave villages for better opportunities. Those who stayed had to find alternative ways of earning money.

Illegal wildlife trading has become easy and profitable in the Singalila Ridge. Poaching and trafficking is increasing – not only of pangolins and red pandas, but also of insects and medicinal plants. There are two main reasons for this. First, the open border policy between Nepal and India eases illegal trading. The historic trade route to China through Tibet via Nepal accelerates this. Commenting on the illegal butterfly trade in the border area, Arjan Basu Roy, vice-president of Naturemates, an NGO based in Kolkata, told The New Indian Express, “After collection the butterflies are sent either to Nepal or Myanmar where Indian laws don’t apply. From there they can be transported out. Locals who cross the border on foot are never even questioned or searched so it’s almost impossible to detect.”

Second, wildlife protection laws prohibited development in the forest area, so job opportunities and livelihood security were scarce. Many young people were compelled to start collecting herbs and wildlife, as it was more lucrative than seasonal work. This lack of development was enforced by a repressive forest department, leading to a hostile relationship not only between the forest department and communities, but also between humans and nature.

During my field research, some locals said that a few forest officials were involved in the illegal wildlife trade. However, officials from the Darjeeling Wildlife Division have denied such claims. Local people, at the bottom of this complex chain, often do not know who they are hunting for; some don’t even know that what they are doing is illegal.

We need to rethink conservation beyond national boundaries, and develop strong transboundary collaboration. This entails a cross-border anti-trafficking network consisting of bureaucrats, local stakeholders, environmentalists, NGOs and communities. Red Panda Network, a US-based organisation, is involved in the conservation of red pandas in some parts of eastern Nepal through its paid Forest Guardian team and other local stakeholders, but cross-border collaboration between India and Nepal is lacking at multiple levels.

I learnt from my fieldwork in SNP that aside from some awareness programmes organised by NGOs, Indian villagers have no organisational support in conserving wildlife habitat. One reason for this difference between the two countries is their forest and wildlife laws. Nepal, due to its history of community forestry, has been partially successful in including communities in conservation projects, while India still follows an exclusionary conservationist policy designed under colonial rule.

To save endangered species like the red panda and pangolin, India’s forest and wildlife laws must be reformulated.

This article was amended on 25 August 2020 to make clear the Darjeeling Wildlife Division deny any claims that officials have been involved in poaching in the Singalila National Park.