For decades, Pakistan has been seeking an agreement with Afghanistan on the Kabul River. But a treaty agreeing the management and allocation of water between the two countries remains a dim prospect.

Flowing from Afghanistan to Pakistan where it meets the Indus, the Kabul River is a source of drinking water, irrigation, hydropower, livelihoods and recreational activities to an estimated 20 million people in the two countries. Despite repeated attempts to launch joint projects, and the rising urgency to equitably distribute the river’s resources as climate change alters its flow, little progress is likely to be made on negotiations. 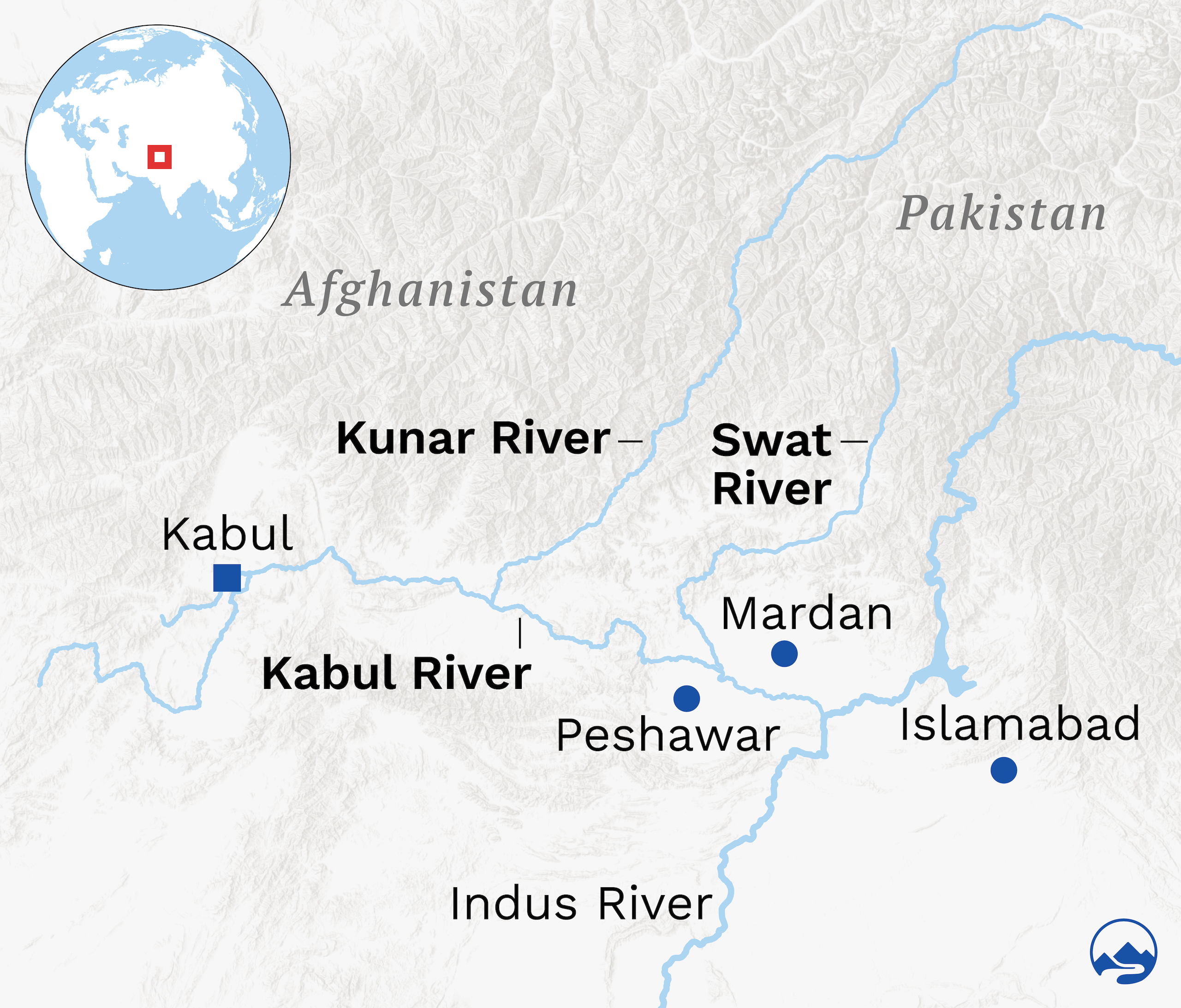 Ikramuddin Kamil, special assistant on water and energy at Afghanistan’s Ministry of Foreign Affairs, told The Third Pole: “In the current situation, Afghanistan is not in a position to sign a treaty with Pakistan as the international [convention] on transboundary rivers favours the early developers.”

Under the 1997 Convention on the Law of the Non-navigational Uses of International Watercourses, when countries negotiate an agreement existing infrastructure is not up for discussion and there is no question of it being dismantled. But projects still in the planning stage can be discussed. Pakistan already has a number of barrages, irrigation canals and other infrastructure on its section of the Kabul River and will argue that these will not receive enough water if Afghanistan builds similar structures upstream.

Kamil said: “Any kind of construction on the Kabul river basin has always strained the bilateral relationship with Pakistan. Kabul may in future launch joint hydroelectric projects under which Afghanistan will provide water for irrigation to Pakistan, and in return get transit trade and services agreements.”

One of the proposed projects is the Shahtoot dam that India agreed to build, with a memorandum of understanding signed in February 2021. Work has been at a standstill since the Taliban took over the government in Afghanistan later in 2021. 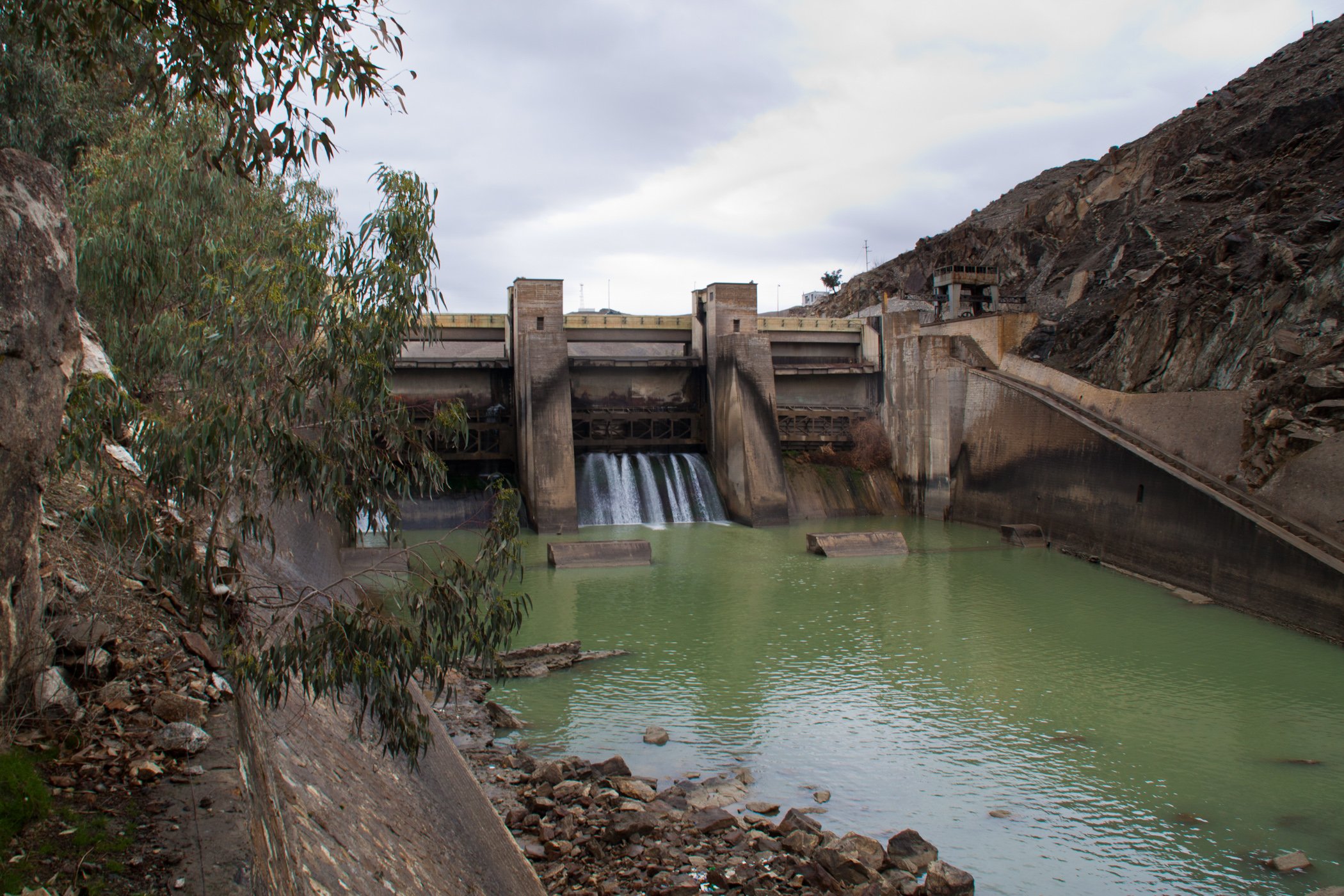 The need for an agreement on the transboundary river – a major tributary of the Indus – is becoming more urgent in downstream Pakistan. More people in the downstream country depend solely on the river for water than in Afghanistan.

“[Pakistan’s] population is on the rise and so is the demand for water. Therefore, an accord regarding this river is a must in light of upper and lower riparian rights for better management of water, regional development, peace and the overall environment,” said Nasir Ghafoor, chief engineer for development at the Irrigation Department in the state government of Khyber Pakhtunkhwa. Khyber Pakhtunkhwa is the state where the Kabul River enters Pakistan.

However, over the past 40 years the lack of a centrally organised government in Afghanistan has impeded progress on a treaty, Faiz Zaland, a water expert and professor at Kabul University, pointed out.

“During the period from 2001 to 2014, Pakistan made numerous diplomatic attempts on bilateral basis, via World Bank and international community to devise a procedure of data sharing and conclusion of treaty [on the Kabul River],” wrote Muhammad Iqbal of the University of Punjab, Lahore, in his 2020 PhD thesis. “Afghanistan evaded dialogues on pleas of lack of data, negotiating skill, incomplete water policy etc,” he added.

Pakistani officials interviewed by The Third Pole on the issue maintained a cautious line, fearing any negative response from the government in Kabul may encourage groups that wish to derail efforts for a peaceful solution.

Pakistan has been seeking a Kabul River agreement for decades, especially since the early 2000s when the Afghanistan government at the time proposed the Kama hydropower project on the Kunar River. The Kunar River starts in Pakistan (called the Chitral in its upper reaches) then enters Afghanistan, where it flows into the Kabul River.

“When this project was proposed, it caused concerns in Pakistan. A team of engineers that I was part of – from the Irrigation Department in Khyber Pakhtunkhwa [then called North-West Frontier Province, or NWFP] — briefed the then governor Iftikhar Hussain Shah on impacts of the proposed dam,” Riaz Ahmad Khan, former chief engineer of the Irrigation Department, told The Third Pole. The issue was raised with Kabul but there was no response, Khan added. This prompted Pakistan to conduct a feasibility survey that would identify upstream points to divert the river through tunnels towards the Panjgora River.

Though projects by Afghanistan may not materialise in the foreseeable future, if they are completed Pakistan has the option to carry out the Kunar River diversion project, said Khan. This would affect all hydroelectric and irrigation systems on the Kabul River in Afghanistan, turn land barren and aquifers dry, have devastating environmental and humanitarian impacts, and possibly lead to mass migration, he added.

A Kabul River accord is a must in light of upper and lower riparian rights for better management of water, regional development, peace and the overall environment

It will have serious consequences in downstream areas of the Kabul river basin in Pakistan as well. Syed Mehar Ali Shah, Pakistan’s Indus Water Commissioner, pointed out that the Kabul River provides water for irrigation in Khyber Pakhtunkhwa, Punjab and Sindh provinces.

In Khyber Pakhtunkhwa alone, the Kabul River irrigates almost 32,000 hectares through four major canals, according to Mamrez Khan, executive engineer in the state’s Irrigation Department. Plus, there are around 1,000 smaller irrigation canals leading from the river to farms.

Repeated attempts to work together

In early 2014, Pakistan made another attempt through its embassy in Afghanistan to launch joint projects on the Kabul River and share environmental, societal and economic data on the river basin. However, the Afghanistan government still did not show any interest, according to a senior official at Pakistan’s Ministry of Foreign Affairs in Islamabad. He spoke on the condition of anonymity as he was not authorised to speak to the media.

Confirming that Pakistan had made several efforts to reach a Kabul River agreement, Shah the Indus Water Commissioner said that the population in both countries is increasing and any delay in this regard could have serious environmental and economic impacts. “Pakistan has expertise in river management and has one of the best river gauging systems in place that can help Afghanistan in data collection and better management of the river,” he said.

Shafqat Kakakhel, former Pakistan diplomat and former deputy executive director of the UN Environment Programme, has written in detail on the advantages of an agreement on the Kabul River, while other experts have discussed the pros and cons of the India-Pakistan Indus Waters Treaty being expanded to include other basin countries China and Afghanistan, and therefore the Kabul River.

This is the first in a two-part series. Read the second story on low water levels and pollution of the Kabul River here.

Apart from the Kabul River, Afghanistan and Pakistan share eight other rivers. Independent experts in Pakistan have said in the past that the ideal would be for the two countries to reach agreement on sustainably developing all these river basins together. But they agree that such an ideal will not be possible unless the two countries can first reach an agreement on the Kabul River.

Fears for farming as groundwater plummets in northern India