Memories of the Koshi river flooding on October 10, 1968 are still fresh in the minds of the residents of Sunsari, a district in south-east Nepal. In the village of Sindure Tappu, the river burst its banks before dawn and swept away hundreds of homes, forcing people to clamber to their rooftops.

“The flood came around 3 am,” Prahlad Thapa recalled. “I cannot remember any human casualties but our settlement was flooded and almost all the cattle were washed away. We stayed atop our houses for hours – we were compelled to defecate there. Locals rescued us only at 4 pm.”

Today, Sindure Tappu does not exist; a large part of it was submerged by the river.

Thapa is one of hundreds of people who lived through the highest flood in the Koshi’s recorded history. But 52 years on, the displaced locals have not been compensated.

Read: Along the Koshi, flooded in Nepal, ignored by India

When the Koshi flooded Thapa’s village on that fateful day, his grandfather, Dil Bahadur Thapa, led the family. He tried to get compensation for his lost property but had no success, and died in 1972.

“My grandfather was a property owner. He had even employed labourers to support our agrarian family,” said Thapa, who now chairs the Koshi Inundation Victim Struggle Committee, a local activist group.

He added, “Tragically, once a property owner, my grandfather died landless.”

After the demise of Thapa’s grandfather, his father, Man Bahadur Thapa, pressed for compensation. He too was left empty-handed. He died in 2006 at the age of 87.

Having lost both his grandfather and father, Thapa is now leading his family’s struggle for compensation. 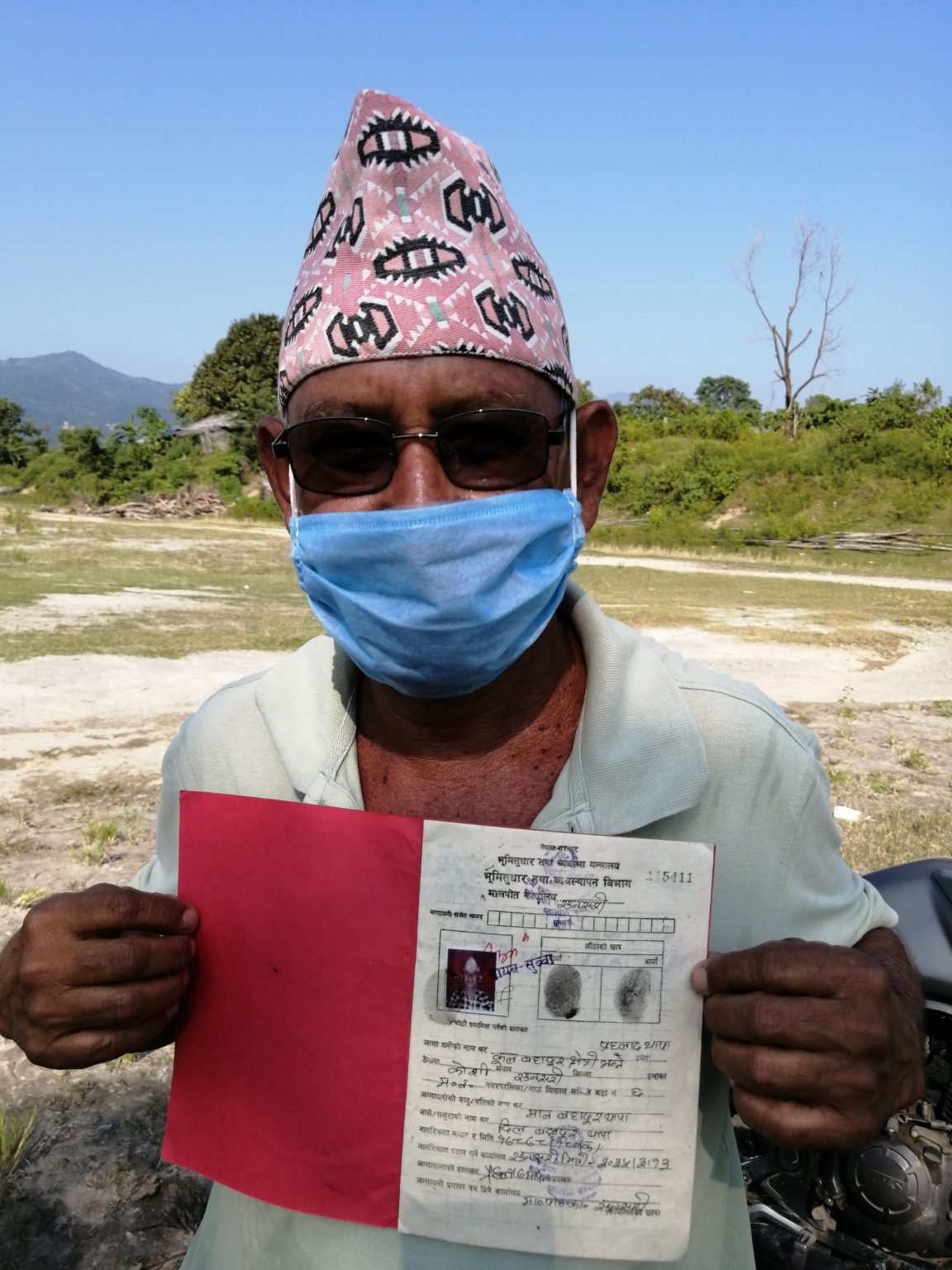 The river has a history of floods that displace thousands every year, so the misery of communities continues to grow.

According to the Barahakshetra municipality in Sunsari, which collects data on flood victims, 2,743 households have been affected by the Koshi river, up to the 2020 monsoon.

Kamala Magar, the deputy mayor of the municipality, said that “13,605 people of our municipality have been identified and verified as Koshi victims so far.” She added, “The total area affected by the Koshi river is 3,166 bighas, 19 kattha and 18 dhur [about 2,617 hectares] of private land.”

“Every time I see Koshi waters in my ancestors’ lands, I get emotional and sometimes cannot control my tears,” Thapa told The Third Pole.

This sentiment is shared by many others who survived the 1968 flood, including Ganesh Kumar Limbu.

Limbu remembers even the 1954 Koshi flood, but said 1968 was more tragic as it destroyed ancestral property. 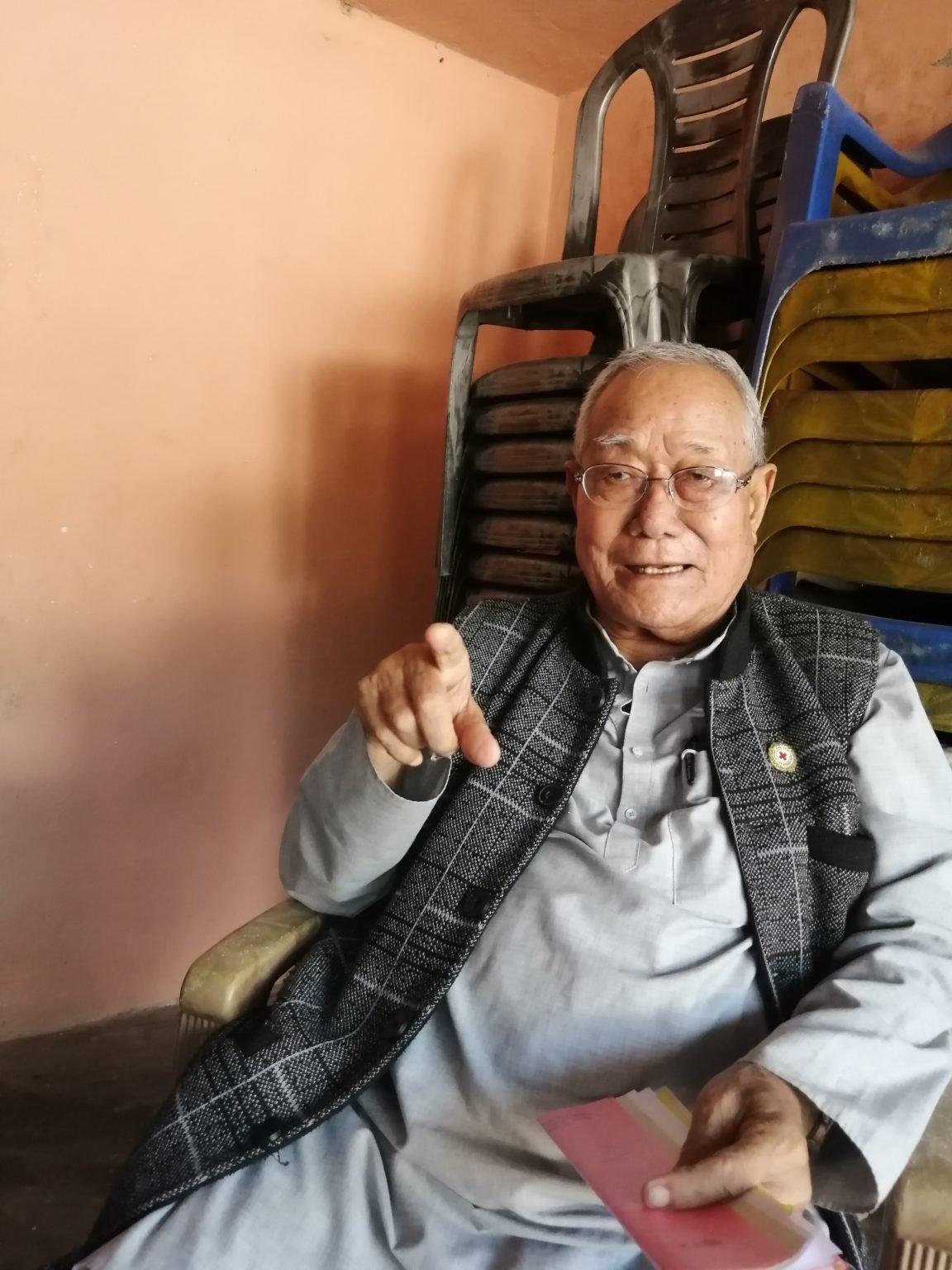 “My father, Sher Bahadur Limbu, could not be compensated. I am now 81 and have little hope that my grandchildren will be compensated,” said Limbu.

Limbu said residents from the district have approached “all leaders and prime ministers” of Nepal and “even the president and former kings of Koshi” for compensation.

“We have elected two prime ministers [Girija Prasad Koirala and Man Mohan Adhikari] from our constituency but they also failed to live up to their promises to compensate us,” said Limbu.

“The course of the Koshi is not constant, it keeps changing,” said Magar, a resident of Dharahara Tapan, a settlement which is also affected by Koshi inundation, erosion and flood. She added, “It can inflict further damage and destruction in the years ahead. Since it is an international problem, Nepal and India must address this problem at the earliest. Local government alone cannot solve it.”

The trouble, victims say, stems from the Koshi Agreement signed between Nepal and India on April 25, 1954, and the subsequent construction of the 1,150-metre-long, 10-metre-wide Koshi Barrage in 1962.

Read: Flooded by corruption each year in Bihar

Joney Limbu, the vice-chair of the Koshi Inundation Victim Struggle Committee, said 12 bighas (around 8 hectares) of his family’s land were swallowed by the river in the 1982 flood.

“Based on the Koshi Agreement, we are supposed to get compensated by the Indian government,” said Limbu. “Tragically, neither the India nor Nepal governments did enough to address our woes.”

Hundreds of Koshi victims like Limbu staged sit-ins and hunger strikes in August 2019 to draw the authorities’ attention to their plight – with little impact.

The victims say the situation continues mainly because of unwillingness on the Indian side and a lack of strong lobbying by Nepal. 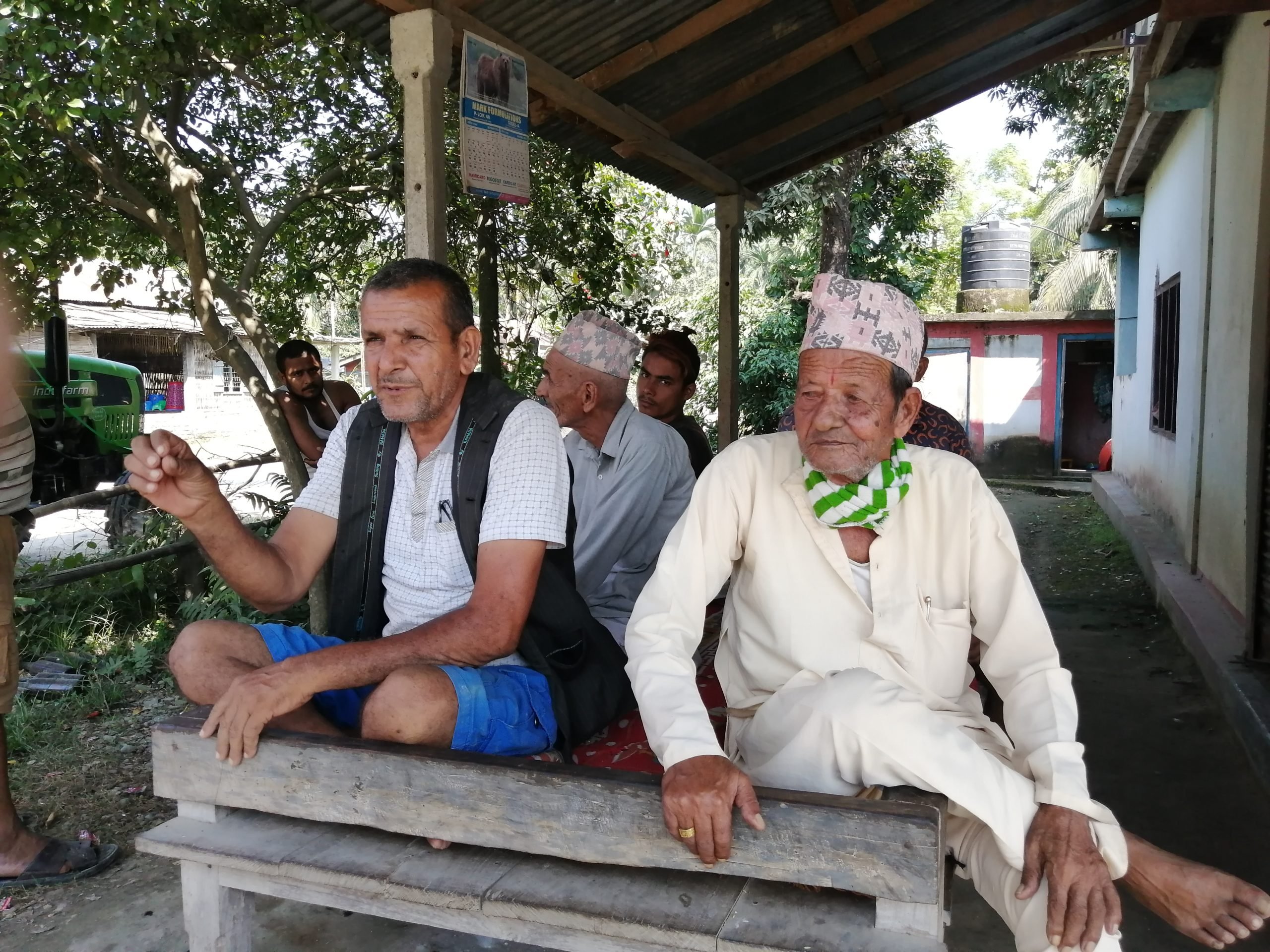 Santosh Limbu is the Liaison-cum-Land Acquisition Officer and Nepali representative for the Koshi Project. In 2012, he said, Nepal and India jointly carried out studies on land in two Nepali districts, Udayapur and Saptari, verifying 7,663 bighas (5,190 hectares) owned by around 10,000 people had been inundated. Land in Sunsari was not verified.

“There was provision to compensate people with 1 lakh 5,000 rupees [USD 880] per bigha of land,” said Limbu. He said verification of other inundated areas and the payment of compensation for verified lands are both pending, mainly due to unwillingness from India.

Limbu also claimed that India has not paid tax for three years for its Koshi Project works, amounting to around NPR 140 million (USD 1.2 million). He said, “They are even unwilling to pay a tiny amount of tax. How can we expect huge sum of compensation easily?”

The Third Pole contacted Prakash Das, the chief engineer at the Koshi Project from India, who declined to comment. A request for comment was also sent to the Bihar government’s Water Resources Department – the Indian agency responsible for the Koshi Project. This article will be updated if and when a response is received.

Despite the floods that devastate their properties, victims continue to pay land tax to the Nepali government.

He added, “I paid the tax in the hope of being compensated one day. Without ownership of the land, we are not entitled to be compensated.”

Ananda Prashad Gutam, who owns 15 katthas (0.8 hectares), said, “I cannot grow anything on my land nor can I collect any revenue from it. Still, I am paying tax just to give proof of ownership of my ancestral land.”

The construction of the Koshi Barrage meant the river could not flow naturally. This, Koshi victims say, caused repeated inundation, erosion and flooding to settlements.

Read: A dammed history of the Koshi

Researchers say the river has shifted about 115 kilometres westwards in the past 220 years. It also carries 100-135 million tonnes of silt on average in a year, according to ICIMOD researchers, who say the Koshi has “exceptionally high sediment carrying capacity”.

For the past half century, Prahlad Thapa said, Nepal and India have not paid attention to the distress of Koshi victims.

“The compensation to the latest flood and erosion of 2008 is given to almost all victims,” said Thapa. “Yet previous flood victims from 1968 with verified documents are still unpaid.”

He said Koshi victims’ demand is for monetary compensation or the last adjustment equivalent to the lost land. He warned, “The more it is prolonged, the more severe it is for both the government and people.”

Crucial to bird migration, India's wetlands are under threat