Several million people depend on the Brahmaputra River for agriculture, fisheries and as a source of drinking water. But mounting scientific evidence shows that increasing sewage pollution from the cities it supports, particularly in Assam, is threatening the river’s health and the ecosystems that depend on it.

Originating in the Tibetan Plateau (where it is known as the Yarlung Tsangpo), the Brahmaputra runs through Arunachal Pradesh and Assam before flowing into Bangladesh. While trash and pollution enters the river throughout its course, the Brahmaputra’s water quality worsens severely in Assam, due to the state’s poor waste infrastructure which means the bulk of its liquid sewage is discharged directly into the river.

What is biological oxygen demand (BOD)?

A measure of the amount of oxygen used by aerobic bacteria in a water body to remove waste organic material. It is used as a measurement of the degree of organic pollution in water.

Coliform bacteria are found in human waste, and while they are not inherently dangerous, their presence is used by researchers as an indication that other harmful organisms likely contaminate the water.

These findings are corroborated by data from the Pollution Control Board of Assam (PCB), seen by The Third Pole. Assessment of water quality at 10 different locations along the Brahmaputra in 2017 showed that faecal coliform levels were high on four different occasions during the year at Assam’s largest river port, Pandu, and occasionally at others.

Subhankar Datta, a research scholar at the Maulana Abul Kalam Azad University of Technology in Kolkata, published a book chapter in 2020, reviewing water quality assessments (looking at pH, BOD, conductivity, dissolved oxygen, total dissolved solids and total suspended solids) in the Brahmaputra. He said the analysis showed that the water was unfit for human consumption.

“There were high levels of sewage pollution mainly due to discharge of waste materials into the river from the nearby industrial areas as well as households,” said Datta. 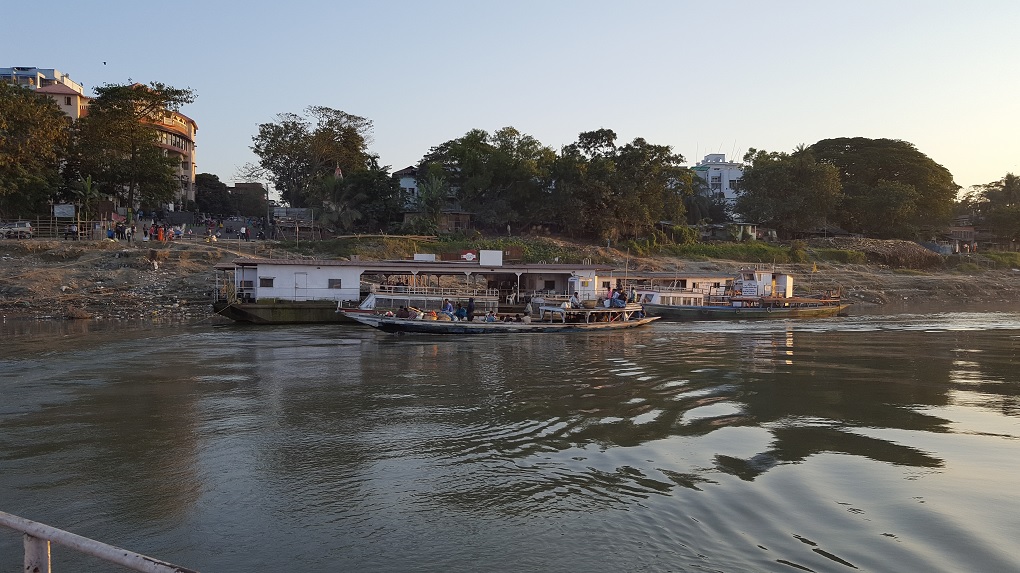 The riverfront at Guwahati is a zone of economic activity, and also a trash dumping site (Image: Omair Ahmad)

Sewage enters the Brahmaputra at Guwahati

About 154 million litres of sewage is generated every day in Assam’s largest city Guwahati, through which the Brahmaputra flows, according to PCB reports.

The city’s population has increased at an average annual rate of 20%, which accounts for the increased sewage generation. The main reason for the river pollution is the direct drainage of sewage and wastewater into the Brahmaputra without any treatment.

Shirshendu Sekhar Das, founder of Guwahati-based environmental conservation organisation The Midway Journey, said: “In certain locations of Guwahati city, drainage channels lead directly into the Brahmaputra. Bharalumukh is one such area that contributes largely to the pollution in the river.”

According to a news report, in 2014 the PCB found that sewage from about 700 households in Guwahati directly drained into the river without any treatment.

Shirshendu Sekhar Das added: “The Bharalu River which flows through Guwahati is completely black and carries sewage to the Brahmaputra.” He said that during the rainy season in eastern Assam, water levels start rising even before heavy rains. “Because certain channels are closed, the sewage starts getting accumulated.”

Pollutants from the sewage accumulate in aquatic fauna and flora, and over time cause ecological degradation of the aquatic environment.

No sewage treatment plant in Assam

A March 2021 national inventory of sewage treatment plants (STPs) by India’s pollution watchdog, the Central Pollution Control Board, points out that there is no sewage treatment plant in Assam. While smaller states and island territories in India (Nagaland, Manipur, Meghalaya, Andamans and Lakshadweep) also lack STPs, Assam is the most populous state without this key infrastructure.

Arup Kumar Misra, chair of the agency, confirmed that the sewage pollution load in the Brahmaputra is increasing. “We are taking remedial measures to address this. Our agenda is to set up STPs on a state-wide mission, and we are also working on capacity building and training at a local level to operate the STPs.”

He added that “the Assam pollution board’s action plan is to stop pollution at source by regular water quality monitoring”. Until around 2017-18, he stated, 44 stretches of the river were polluted. “But with continuous monitoring, this has come down to nine.” Interventions, Misra explained, include monitoring of industrial units releasing sewage and effluents, and awareness programmes for citizens under the National Water Quality Monitoring Programme.

Partha Jyoti Das, head of the water, climate and hazards division at Guwahati-based NGO Aaranyak, told The Third Pole: “The Assam pollution board is not monitoring all sites where there is pollution. There are unmonitored small industrial and manufacturing units that release different types of sewage. Several drains carry domestic and municipal waste to the river. Untreated sewage from all these sources makes their way to the Brahmaputra.”

Deepor Beel, a Ramsar wetland site and wildlife sanctuary on the outskirts of Guwahati, is connected to the Brahmaputra via a set of inflow and outflow channels. The wetland is home to many endangered species such as the white-rumped vulture, red-headed vulture and greater adjutant stork. Wild elephants and deer are often seen in the reserve.

This rich biodiversity has long been under threat because the reserve has been used as Guwahati’s garbage dump. Untreated sewage is also carried into it through the Bharalu River. 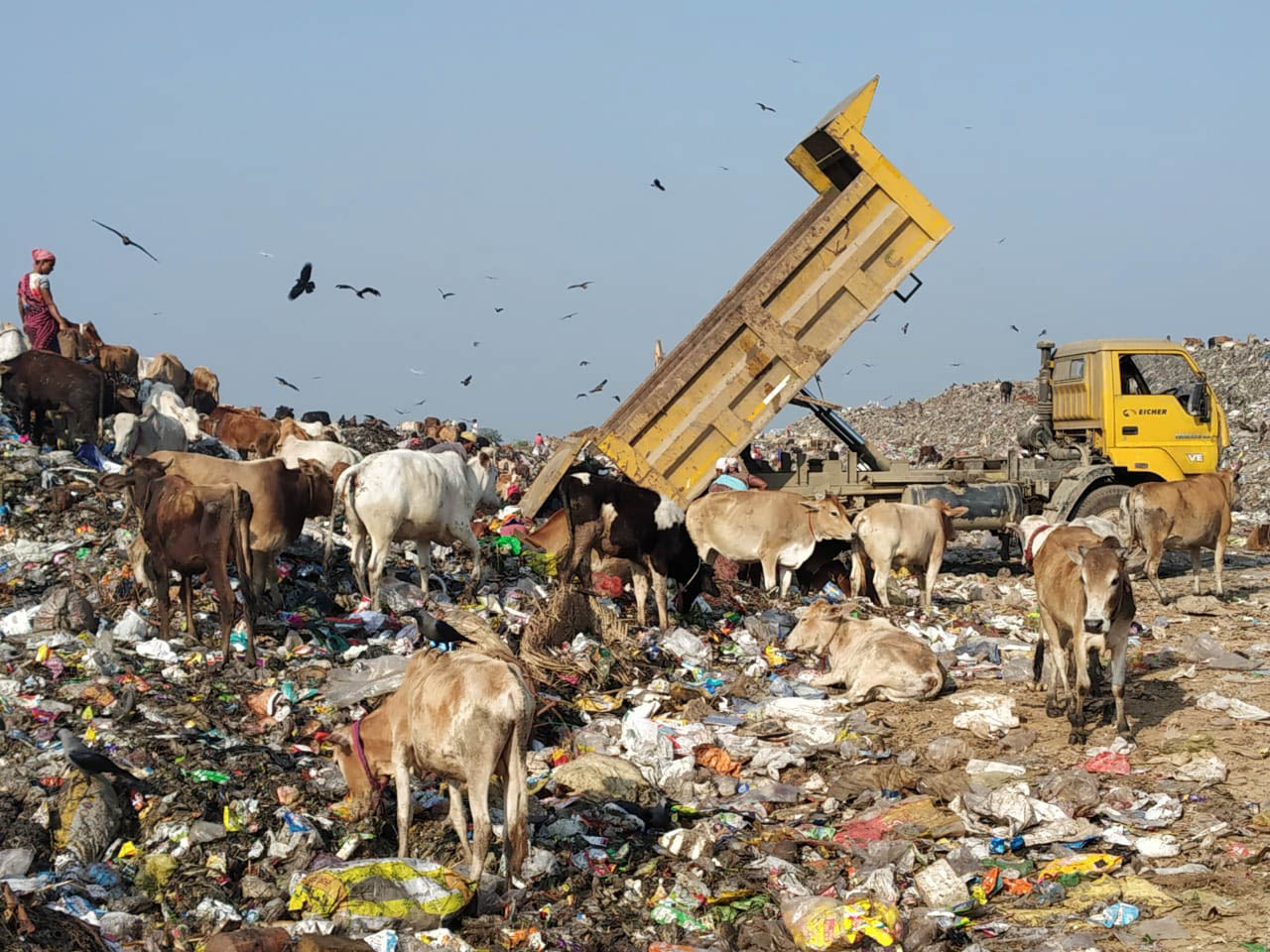 Assessments conducted by the PCB in 2017 concluded that the water quality at Deepor Beel was Priority IV in some locations and Priority V in others. (On a scale from I to V, I is the cleanest and V is highly polluted.)

He added that other farmers used to grow red rice on several acres of land, but the yield has fallen in recent years. Kalita told The Third Pole that many residents have stopped eating the fish sold by the local fishers as they smell bad and do not taste the same as they used to.

Partha Jyothi Das of Aaranyak said: “Along the Brahmaputra, there are many cases of people unknowingly consuming polluted water and getting sick. Stomach upset, jaundice, hepatitis, are very common especially after flooding. There have also been many instances of mass death of fish that affect the livelihood of people.”

Sumanta Nayek, associate professor at Amity University, who co-authored the book chapter with Datta, said that river water management practices can help improve socio-economic development of the communities living along the Brahmaputra.

“This can include cleaning of river basins particularly adjacent to populated and slum areas; river basin and watershed management to reduce deforestation and soil erosion; agricultural drainage control and solid and urban waste management along the riverside.”

Segregating garbage to save Guwahati