Bishkek, the capital of Kyrgyzstan, has suffered from record levels of air pollution in recent weeks, at times topping lists of the world’s most polluted cities. In the first week of January IQAir, a technology company that publishes data on air pollution, recorded Bishkek as having the highest air quality index (AQI) values in the world for consecutive days, overtaking other notoriously polluted cities, such as Delhi and Dhaka.

The neighbouring city of Almaty, the largest in Kazakhstan, has also experienced high levels of toxic air. IQAir explained that both Almaty and Bishkek have a “bowl-shaped topography”, sitting in valleys under a toxic dome, with cold, polluted air trapped below a layer of warmer air.

Between January 1 and 7, Bishkek’s AQI stayed at “hazardous” levels, according to IQAir, which it states will cause strong irritation and adverse health impacts to the general public, with people advised to avoid outdoor activities. AQI levels in Almaty were consistently “unhealthy”.

Evidence suggests that long-term exposure to air pollution is associated with severe symptoms from Covid-19 and a greater risk of death. The Kyrgyz capital and northern Chuy region are recording the highest number of Covid-19 infections daily in the country, according to the Kyrgyz Ministry of Health. Almaty has the highest rate of patients dying with coronavirus in Kazakhstan, with the number of deaths accelerating in November 2020.In Kyrgyzstan, air pollution caused over 4,000 deaths in 2016 – 11% of total deaths – and environmental and occupational risk factors are the second-biggest cause of mortality. In Kazakhstan, polluted air causes around 6,000 premature deaths a year.

In the past year, the Kyrgyz government has come under increasing pressure to address environmental issues and public health concerns in the country’s most densely population city of one million people, with activists protesting the conditions.

But authorities have struggled to respond with immediate measures or develop a long-term strategy to deal with Bishkek’s toxic air. The city’s officials have repeatedly blamed the city’s main coal-powered plant, which heats Soviet-era public buildings and apartment buildings, and domestically mined low-quality coal from the Kara-Keche coal project. On January 5, Dinara Kutmanova, director of the State Agency for Environmental Protection and Forestry (SAEPF), toldlocal media that emissions from the power-heating plant need to be studied to understand its contribution to air pollution in Bishkek.

Environmental activists also blame coal-powered stoves used to heat homes, constant burning of waste at a landfill site and emissions from vehicles in addition to the power plant. 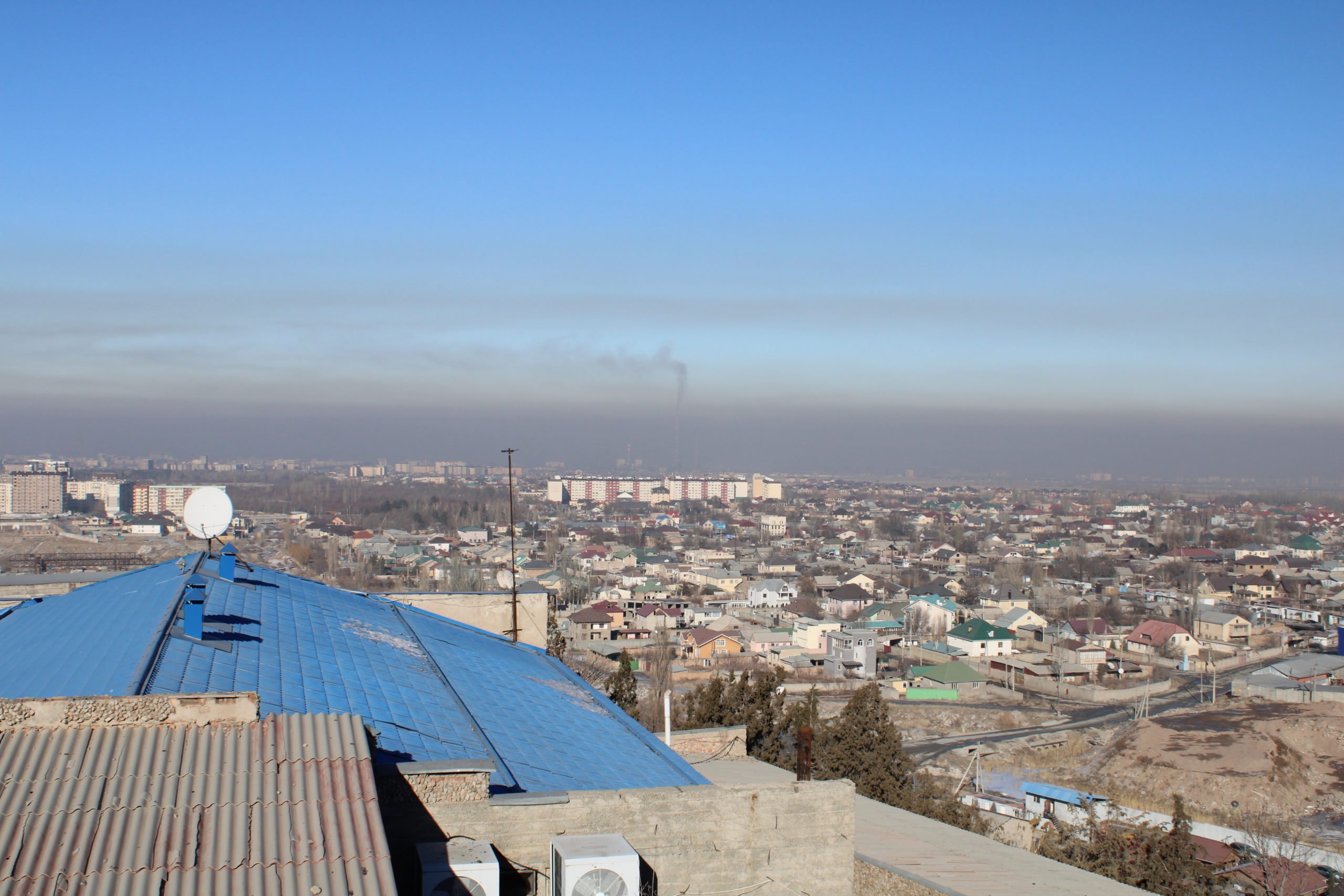 Maria Kolesnikova, director of MoveGreen, an activist environmental group in Kyrgyzstan, told The Third Pole that “we do not see the sun for weeks in Bishkek and are forced to inhale unhealthy air”. She added that a “strong smog was exceeding permitted limits during the heating season and low temperatures contribute to the fact that people generate heat for their homes by burning rags, plastic and even tyres.” She also said that the “chaotic illegal construction of multi-storey buildings” contributes to polluted air not being blown away in the bowl of the valley.

Kazhydromet, Kazakhstan’s hydrometeorological service, gave a similar explanation for the thick smog in Almaty in the first week of January 2021. “Such meteorological conditions as frost and calm weather contributed to the accumulation of pollutants from the thermal power industry, the private sector of the city, as well as from vehicle exhaust, as a result of which a thick acrid smog was formed,” Kazhydromet forecasters told local media.

There is acknowledgement in both Kazakhstan and Kyrgyzstan that Soviet-built power plants must be modernised and switched from coal to natural gas, the quality of vehicle fuel needs to be better regulated, and efficient urban traffic-control systems introduced.

However, authorities in Almaty plan primarily to plant trees. Environmentalists, including researcher Aimgul Kerimpai, have criticised this, saying that “planting trees is ineffective in reducing air pollution. The city certainly needs trees, but it shouldn’t be called a measure for air purification.”

Aizhan Skakova, director of the Research Institute of Environmental Problems at the Al-Farabi University in Almaty, argues that the city’s infrastructure has not kept up with its expanding population. The city of 1.9 million people has increased from 1.2 million in 2000. Skakova pointed out that 250,000 vehicles enter Almaty every day in addition to the 500,000 registered vehicles in the city, many of which are old and highly polluting.

Kyrgyz environmentalists call for cleaner fuel to reduce harmful emissions in Bishkek. Anara Sultangazieva, head of NGO Green Energy, said that smog in Bishkek occurs all year, but is not as dense in the warm season as it is in winter, when the heating is needed – indicating that 60% of air pollution comes from low-quality fuel.

Will the pollution improve?

On January 2 2021, Kassym-Jomart Tokayev, president of Kazakhstan, signed a new environmental code which is expected to come into effect on July 1. Some believe this will stimulate the 50 largest companies, which account for 70% of the country’s emissions, to replace old technology by 2025.

However, others are more sceptical. Pavel Plotitsyn, founder of AirKaz.org, a website that monitors air pollution in Kazakhstan’s 10 largest cities, told The Third Pole, “The outlook for the coming years is negative. No systemic measures are being taken, cities are growing, more and more coal is being burned, the quality of fuel is decreasing, and the fleet is ageing.”

Similarly, Pavel Isayenko, a Kyrgyz activist and photographer, said air pollution in Bishkek will not improve any time soon. “Perhaps there will be no such terrible pollution as we have seen last December because these were abnormal weather conditions and other factors. But on average, the trend is now only going to worsen,” Isayenko told The Third Pole.

Kyrgyz government officials admit that more has to be done. In an online webinar in December 2020, Kutmanova, director of the SAEPF, told a panel of experts that the solution to air pollution lies in stronger environmental policies. “It is necessary to develop clear standards for air quality and maximum permissible emissions of pollutants in Bishkek, which are currently absent. SAEPF is now facing an urgent need to develop such a document,” Kutmanova said.