Beginning the New Year with a radical traffic plan to tackle air pollution, India’s capital New Delhi defied the odds – and sceptics – to pass the odd-even traffic test with an unexpectedly high level of compliance. And though opinion was divided over how effective it actually was in cleaning the air in the world’s most polluted city, there was consensus that drastic situations called for drastic solutions, and increasing awareness was the first step.

As the first fortnight of 2016 ended and with it India’s biggest and first traffic experiment – odd cars on odd days and even on even days – the Delhi government that had spearheaded the scheme was elated. “Proud of u Delhi. U give me confidence. Together, we can achieve anything. 1st phase of Odd Even ends today. Will do again in improved form,” Chief Minister Arvind Kejriwal said in a tweet.

At a press conference held on January 15, the last day of the experiment, Kejriwal congratulated the citizens of Delhi for making it a success. “These 15 days turned out to be a good experience. I want to congratulate people of Delhi for participating in it enthusiastically. It was a very tough measure and yet people followed it,” he said. 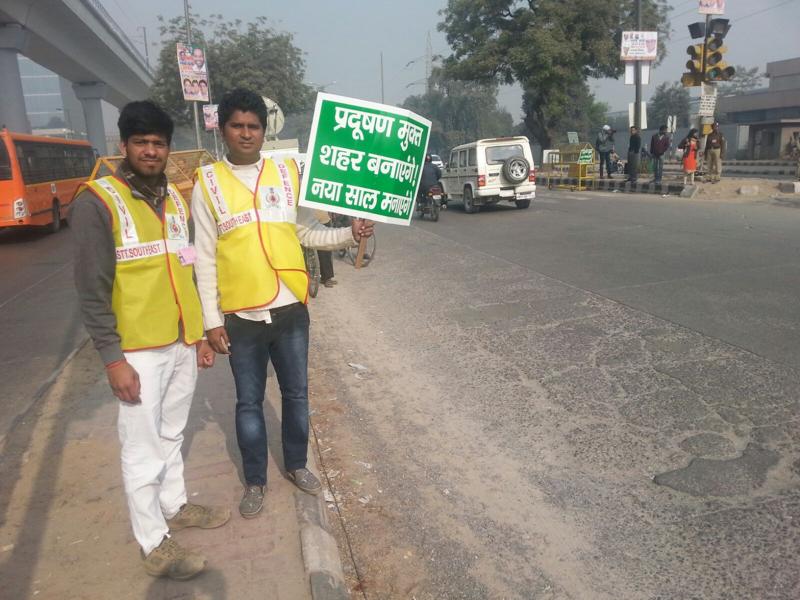 “The whole world was watching if the odd-even (scheme) would be successful and Delhiites have set an example. It wasn’t because of the Rs.2,000 fine… people cooperated because they understood it. Pollution came down but the major benefit that people got was that roads became congestion free,” Kejriwal added.

According to the Delhi government, pollution levels went down by 20-25% during the fortnight with 90% people against it when it began but 90% now supporting the policy.

Delhi Transport Minister Gopal Rai said the scheme helped cut down vehicular pollution. “In December, PM 2.5 particles were above 600  (µg/m3), but in the last 15 days, average PM2.5 levels stayed at 400 even though weather conditions were worse in January. CSE [the Centre for Science and Environment] reading also says so. Had the scheme not been in place, the pollution level would have crossed 600.”

According to World Health Organisation (WHO) standards, the average level of particulate matter below 2.5 microns (PM2.5) should not exceed 10 micrograms per cubic metre. The upper limit in India is 60.

Another benefit of the policy was that the public transport system, especially buses, became more efficient. According to the government, buses that had a target to cover 200 kilometres a day would manage just 160 kilometres due to traffic congestion. In the January 1-15 fortnight, however, they covered 220 kilometres a day. Moreover, 6,000 buses plied during the odd-even fortnight. An estimated 5.3 million people commuted by buses, up from 4.7 million earlier.

While a similar policy tried out in other cities internationally had brought little success earlier, the level of success that was seen in Delhi was unprecedented because of the scale of cooperation from the people.

A total of 9,140 fines were issue for violating the odd-even rule during the period. Given that Delhi has 2.8 million private cars and jeeps, this amounted to less than 0.5%.

Richa Chaudhary, a commuter, said, “It was a good initiative and two weeks were quite manageable. Driving a car in Delhi became fun and it took me 30 minutes less to reach my destination. The government should continue the policy but in a planned way. Instead of making it applicable just to cars, they should include other vehicles too. Maybe they can introduce the odd-even scheme for two-wheelers in the next 15 days and then alternate that with cars. So, it will maintain a balance and will definitely help in bringing down the pollution level.”

Dheeraj Kumar, a long-time resident of the city, added, “It is a very good move and such experiments are needed for the growth of a city. In fact, if there are other ways to cut air pollution, then they should also be explored.”

But did the experiment actually result in reduced levels of air pollution?

While CSE found that the drop in number of vehicles did have a positive impact on the quality of air, the Council on Energy, Environment and Water (CEEW) said there was no conclusive evidence to prove that the odd-even policy improved Delhi’s air quality or reduced traffic congestion.

“We have found that sales in car fuel dropped during the 15-day period showing that there was less use of cars. Also, despite harsher climatic conditions, peaking of pollution has been slower and traffic congestion has been less,” said Anumita Roy Chowdhury, executive director, research and advocacy, CSE.

“There is scope for more improvement but this now needs to be part of an emergency action plan for days when air quality gets terrible. The big lesson is that through a temporary measure, we could bring down the volume of vehicles on the road and now the government needs to roll out short-term and medium-term actions such as tax measures, increased parking fee for cars on an urgent basis. This is needed to control congestion because emissions can double if vehicles are caught in congestion.”

Roy Chowdhury pointed to a study by the School of Planning and Architecture that monitored 11 sites in Delhi and found that car journeys decreased by 30-35%.

The Energy and Resources Institute (TERI) said the campaign had considerable additional benefits, including reduced road congestion, increase of average car speeds and reduced fuel use. “The percentage effect of odd-even scheme could be small, but when the concentrations are as high as in Delhi, the absolute reductions in PM 2.5 concentrations are significant which can help reducing the health impacts,” the think-tank said.

“There are many other sources which impact the air quality in Delhi significantly. Rather than just restricting the analysis to Delhi, it is time now to realise that there are many sources in the wider NCR (National Capital Region) which contribute to deterioration of air quality in Delhi. Further research and mitigation plans need to be developed for air quality control in NCR,” it said.

The analysis also found an increase of 10% in the average number of vehicles at five locations in the first two weeks of January as compared to the last week of December despite the implementation of odd-even policy. “This increase is primarily driven by an increase in 2-wheelers (17%), 3-wheelers (12%), taxis (22%) and private buses (138%),” CEEW said.

It further said, “The number of private cars on the road however did not reduce. This is confounding as even with minimal compliance some reduction would be expected. One possible explanation is that the overall travel demand in the last week of December was lower than the average week (across the year). Without the odd-even policy, the numbers of cars on the road in January could have been higher. This is conjecture at this point, but a traffic count in the third week of January (after the restrictions are lifted) could provide conclusive evidence.”

Said Arunabha Ghosh, CEO, CEEW, “It doesn’t mean that the policy has failed. In fact, it has helped generate awareness. But we shouldn’t restrict our response to just traffic, other sources of pollution also need to be tackled. One big lesson from this exercise is that in order to get conclusive data, we need to have low-cost real-time monitoring of ambient air quality systems in place at several locations so that we can know that in so and so area, at this time, the pollution level was this much and because of this source. Can Delhi do this in two years? Yes, it is doable.”

Whatever the view, everyone is agreed that Delhi’s air is highly toxic and stringent action needs to be taken on an urgent basis.

On January 14, for instance, Greenpeace published a study revealing alarmingly high concentrations of cancer-causing heavy metals like arsenic and nickel in Delhi’s air.  That the samples were collected and tested inside classrooms of five schools across the city underscores the gravity of the problem. According to the study, PM2.5 concentrations were five times above the Indian safety limits and 11 times above the limits prescribed by WHO.

“The result signifies that schoolchildren are exposed to exceeding levels of heavy metals that increase the risk of cancer and developmental problems. Higher the PM2.5 concentrations higher will be the exposure to heavy metals,” said Sunil Dahiya of Greenpeace India.

An on-the-spot lung test conducted by the Delhi government threw up equally dismal results —35% of the 3,019 residents tested were found to have impaired lung function and could not breathe properly.

While the government is now going to brainstorm on a more effective policy, the Bombay High Court has issued notices to the Maharashtra state government and the Maharashtra Pollution Control Board to report on the feasibility of odd-even scheme for private cars in Mumbai.

International Solar Alliance gets a home in India