Dark grey dust hangs in the dry morning air as children play barefoot outside their mud-brick houses in Duki, a mineral-rich district of Pakistan’s southwestern Balochistan province. Duki lies around 230km from Quetta, the provincial capital. Families hailing from as far away as Khyber Pakhtunkhwa province and neighbouring Afghanistan call these coalfields home, despite the serious public health threat posed by dust emissions from coal mining.

“My family is breathing in coal dust and black smoke, but I have no other option except to live in the coal field. A large number of local children can be seen visiting the hospital, suffering from pulmonary diseases,” says Atta Muhammad, one of hundreds of coal miners who live hand-to-mouth with their families on the outskirts of Duki. He is a father of seven; four of his children are suffering from chest infections and he frequently visits the local hospital to get them treated.

Children’s health is the collateral damage for Pakistan’s coal 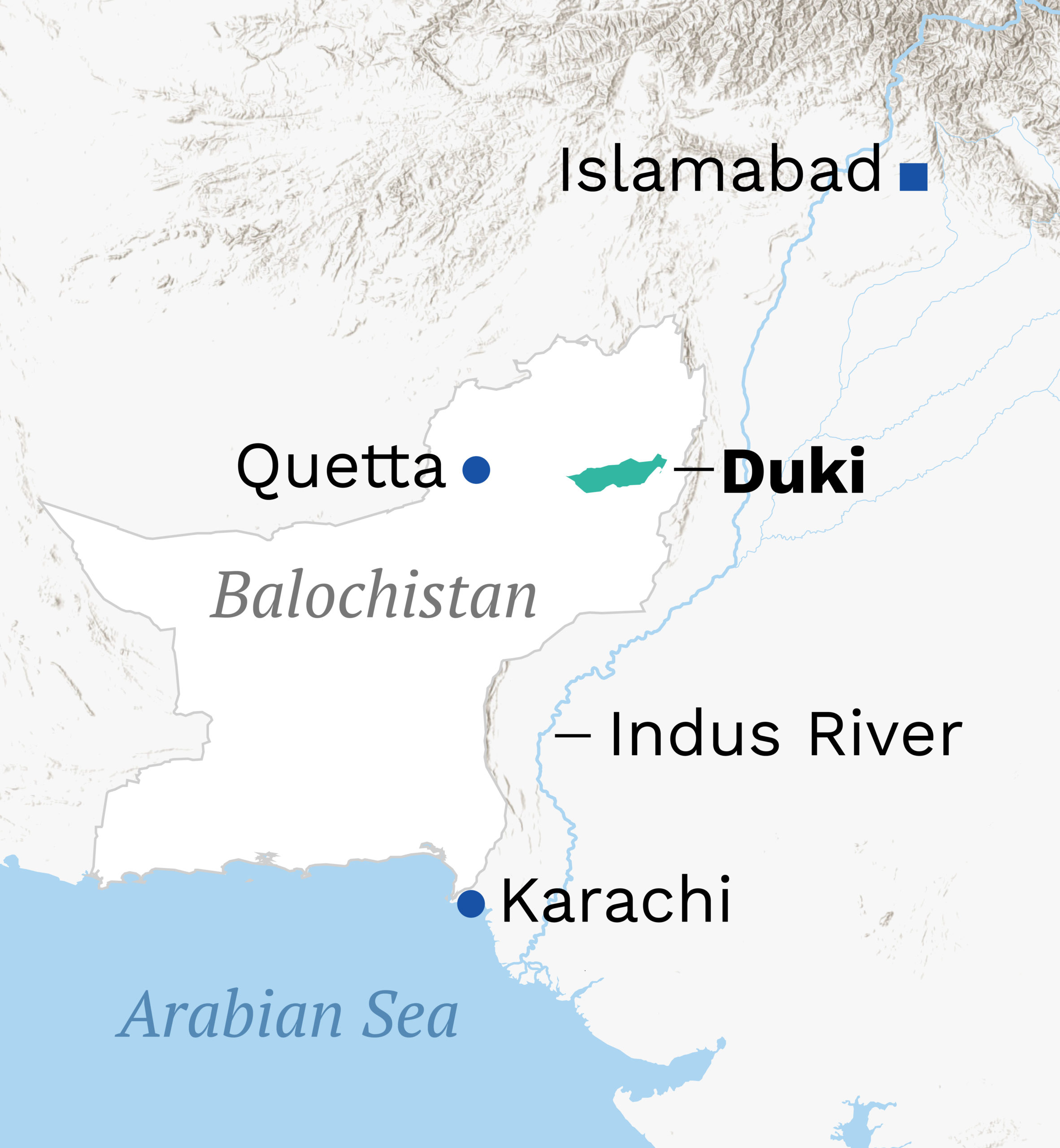 Called “black gold” by locals, the coal is used in factories, brick kilns and the energy sectors in the Pakistani provinces of Punjab and Khyber Pakhtunkhwa. The collateral damage of this way of earning is that the children of these colliers are miserable, and the air they breathe is toxic. The prevalence of asthma and other respiratory symptoms in children living near the opencast coal mining sites is high. According to local health practitioners, children are suffering from breathing problems and chest infections due to inhaled coal dust.

About 50% of Pakistan’s coal is produced in mineral-rich Balochistan, and coal mining is a source of revenue for the province. Amber Khan Yousafzai, the provincial vice-president of the National Labour Federation trade union, says 15,000 to 20,000 labourers work in the Duki and Chamalang coal mines, many of which are unregulated, and about 5,000 to 6,000 families live near the hundreds of mines. The Chamalang mines are some of the largest in the region. 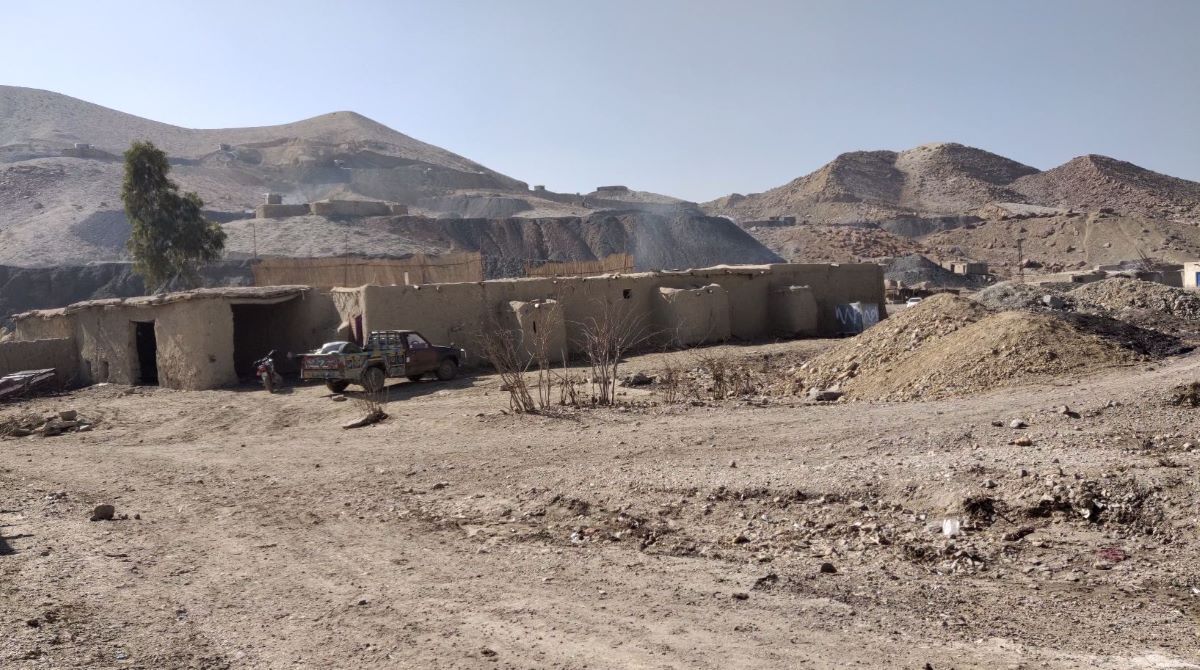 A cluster of mud houses in the Chhota Chamalang area of Duki (Image: Rafiullah Mandokhail)

Sixty-year-old Abdul Rehman worked in the coal industry for 26 years, but became unable to dig in deep mines after developing asthma. He sought out an alternative career and now sells boots and slippers in the Duki bazaar. “I am the father of eight children. My five- and nine-year-olds have respiratory illnesses. I have to make do with very basic treatment from local doctors. Only one of my children goes to school,” he says, while using a blue inhaler.

Mining companies fail to do their duty, locals say

Noor Bibi, a mother of three from Duki district, has had a similar experience. Her husband was in the mining industry for almost 13 years, but is no longer able to work. Her two children between the ages of seven and nine have been suffering from lung disease for the past couple of years. Instead of going to school, her children spend all day looking for pieces of coal in the slag heaps near the mines, to bring home to burn. “The whole area is full of smoke and dust. There is no rain either. The mine owners do not help the poor workers. I am just worried about the health and dark future of my children,” Bibi says, wiping tears from her cheeks.

The children of labourers fall ill due to a lack of health facilities, says Yousafzai, the trade union vice-president. “The government should make the health centres fully functional, keeping in mind the health and education of children. A paediatrician should also be appointed for coal miners’ children. The daily-wage miners earn a meagre amount, which is why they cannot afford proper treatment for their children.”

The Mines Labour Welfare Organization branch of the Mines and Minerals Development Department Balochistan is responsible for the welfare of mine workers, including their children’s education and health, under the Mines Act, 1923. However, the Human Rights Commission of Pakistan points out that “onsite healthcare is the exception rather than the norm”.

Seventy to eighty patients are being examined on a daily basis at the hospital’s out-patient department; half of them are children

Speaking to The Third Pole, Sabir Shah, mines inspector at the Duki coalfield, says that under the Coal Mines Regulations 1926 and Mines Act 1923, a child below the age of 18 cannot work as a labourer in the mining area, whether it is underground, surface work or coal loading.

“If someone is found violating the act, a mines inspector after the inspection files a case and submits it through the Chief Mines Inspector at the judicial magistrate office, where a fine is imposed as per the law,” says Shah.

Shah says that the labour wing of the mines department has insured health facilities at all mining areas, where both mine labourers and their family members, including children suffering from chest ailments, are treated.

Locals, though, tell a different story. “We live in an area that is surrounded by coal mines. There is black smoke as people burn coal in their houses for cooking and heating purposes. The majority of the children in our village are affected, as is my son,” says Muhammad Arif, who runs a tyre repair shop in Duki, adding that the workers who live here can neither afford rented houses in the city, nor can get their sick children get treated at the bigger hospitals in Quetta.

Tuberculosis and asthma high in residents

Muhammad Azeem, a doctor and the facilitator of the directly observed treatment, short-course (DOTS) tuberculosis (TB) control programme in Duki, says most of the coal miners suffer from TB, which spreads to other family members as it is a bacterial infection. Children brought up in coal dust are exposed to pollution and have more respiratory symptoms compared with children in other areas of the district. “Most of the patients are minors. Poverty, poor hygienic living conditions and little access to health facilities are contributing factors for the spread of TB in the area,” Azeem explains.

“Globally, the incidence of TB in coal miners is 10 times higher than in the general population,” says Ahmad Wali, another doctor and an official at the provincial TB control programme in Quetta. “The high concentration of coal dust in Balochistan’s coalfields as a result of an ineffective and unmonitored application of environmental laws and the lack of protective measures adopted by coal miners and mine owners make it even worse.” The TB control programme for Balochistan has a care facility in DHQ Hospital Duki, but the number of those in need of treatment far exceed the facilities available, Wali says.

“Seventy to eighty patients are being examined on a daily basis at the hospital’s out-patient department; half of them are children,” Azeem confirms. “Thirty out of fourty children are usually suffering from chest infections, asthma and allergies.” 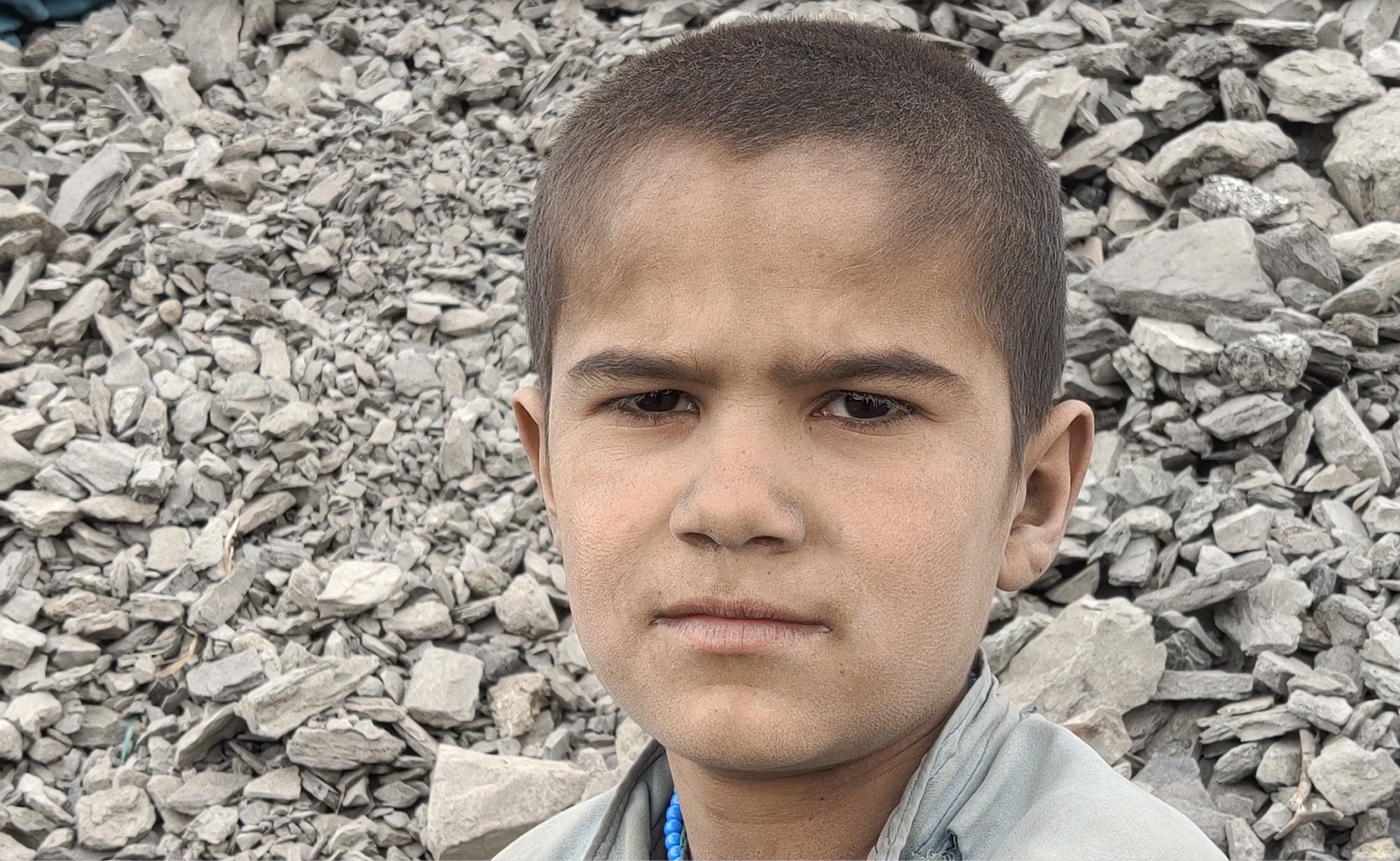 Waqar Ahmed, an assistant professor at the Institute of Environmental Studies at the University of Karachi, says that when a child breathes in the dust-laden air, it affects their respiratory system and causes allergies. “Children are more vulnerable because their air passages are smaller than adults’, so can get choked as a result of inflammation.”

Sheikh Khaliq Dad Mandokhail, an assistant director of the provincial environment department in Quetta, says that, unfortunately, there is no environmental impact assessment set-up in the Duki area. “In case of any environment-related issue, I usually visit the coalfield area. A water sprinkling system in the workplace to control the dust is needed. In case of violation of environmental protocols, the NOC [no-objection certificate, a legal document to prove a project is authorised] provided to the mine owners can be cancelled.”

Even though Pakistan is one of the signatories of the Paris Climate Agreement, which aims to limit global warming, coal mining is likely to continue for some time, says Danish Rashdi, programme head in Karachi for the International Union for Conservation of Nature. “In Pakistan, coal power plants are in trend, given our massive needs for energy. For the time being, it seems, our reliance on coal power plants will continue till the private sector takes on the mission of decarbonisation and starts compensating for the impacts of coal, and finally moving towards clean energy in the long run.”

No end to coal in Pakistan