After months of guarding her field at night, Jatshom and her family fetched around BTN 92,000 (USD 1,314) for their potato crop last year. This was the highest income ever earned from potatoes in Yangthang village in Bhutan’s northeastern district of Haa.

Most farmers in her village have lost around 40% of their potatoes to wild boars.

With almost 60% of Bhutan’s 765,000 people directly relying on agriculture and livestock farming, human-wildlife conflict has always been a critical issue.

Those who can guard their crops, while others use other traditional methods like setting poisonous arrow traps and snarls, knowns as “sangdhas”, local leaders said.

Wild animals have also killed several farmers and injured many more across the country.

In December last year, social media users called for authorities to take immediate action after a 69-year old woman was killed by an elephant in Samtse, near the border with India. This followed reports of 14 bear attacks and around 20 injuries caused by wild animal attacks.

A survey of farmers by researchers at the Royal University of Bhutan found that wild dogs, leopards and tigers constitute a menace to farmers.

At the same time wild animal attacks on livestock is a major cause of conflict with farmers, threatening their livelihoods, and could lead to retaliatory killing of wildlife.

The survey also found that human-wildlife conflict poses a challenge for conservation efforts in Bhutan,

In southern Bhutan there is growing conflict between people and elephants. Elephants raid crops and trample farmland at night, said Tandin Wangdi. This is probably caused by a growing population encroaching on elephant habitat.

Last month a dog in western district of Punakha died after being hit by a lethal poison arrow trap, according to vet Pema Jatsho who treated the animal.

It is not only animals that have been harmed. In January 2015, a 49-year old man was hit by an arrow trap set by a local farmer in his village in Tsirang. In another case, a teenage girl from Dagana was injured by a “sangdha” set by her father in 2012 to protect his crops. In the same year, another young man from Zhemgang district died after being hit by a “sangdha”.

Another vet said people dip the arrow tips in poison and so if an animal is hit, it is unlikely to survive. He has come across several cases in which domestic animals were hit by traditional traps set in the fields.

Forestry officials say they have rescued several wild animals, including a rare and elusive clouded leopard caught in an old cable snare set to protect crops in Punakha. 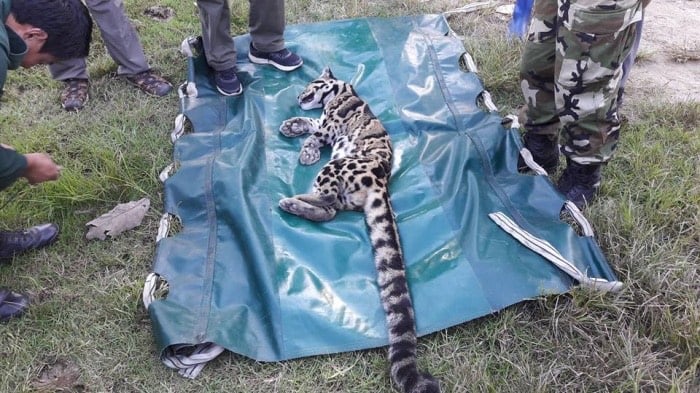 However, farmers can only set up traps after seeking official approval from the Department of Forests and other authorities, he said. At the same time farmers have to report any animals killed, he added.

There are some concerns that these rules could encourage the killing of wildlife. But if an animal is killed in a trap that is set up without approval, the farmer will be fined.

In addition, the farmers are not allowed to kill animals listed under Schedule I (totally protected species) of the Forest Act, such as tigers or leopards.

This 2017 act prohibits hunting, killing, poisoning, trapping, transporting, capturing, breeding, cultivating, possessing or keeping as a pet species listed in Schedule I unless people have a special permit or their life is threatened.

Under these rules, other wildlife species must not be hunted, killed, poisoned, trapped, transported, captured, bred, or kept as a pet except to control or prevent the spread of disease, defend against damage to crops and other private property in private registered land and for self-defense.

It also states that, “no legal action shall be initiated against any individual, if proven that the wild animal has been killed in guarding the field or defending the property or in self-defense.’’ Moreover the valuable parts of the wild animal killed, such as bile, musk pod, feathers, must be handed over to the forestry department.

The problem is that this is likely to protect iconic species while small ones may be pushed to the brink of extinction.

See: Lesser-known endangered species in Bhutan may be facing extinction

Between 2009 and 2017 around 2,773 kms of electric fencing was installed in villages across the country.

These electric fences have significantly reduced crop damage from wild animal attacks in the last few years, said Dhodo, deputy chief agriculture officer in Wangduephodrang district. “By the end of 12th plan [in 2023] we are planning to extend the electric fencing scheme to all 15 regions,’’ said Dhodo. 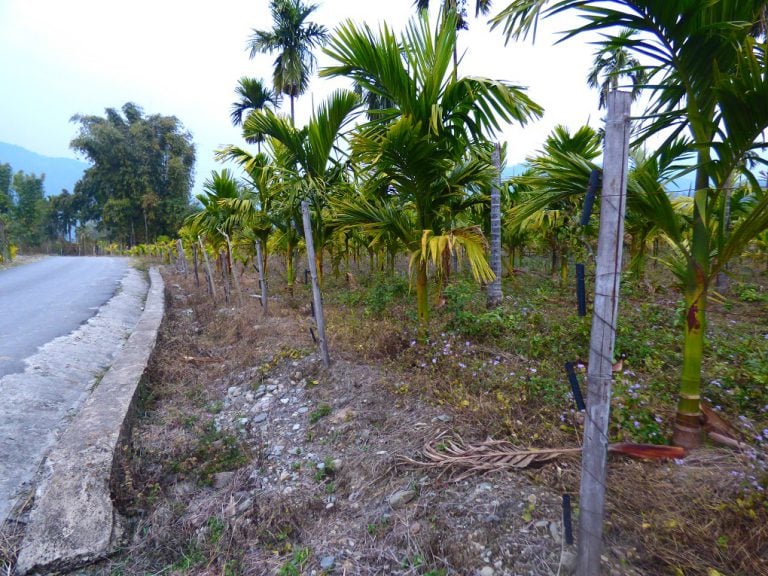 He said about half of the agriculture fields in five regions of Wangdue have been covered with electric fencing and in a few regions close to 70% of farms have electric fencing.

Even potato growers in places like Phobjikha and Gangtey regions have started installing electric fencing. This means they don’t have to guard their fields any more. The government provides material and technical support, while people have to provide labour and wooden poles.

Although farmers have welcomed the initiative, electric fencing alone is not a sustainable solution, according to Tandin Wangdi.

Meanwhile, forest officials warn some traditional traps are being used for poaching. A few months ago, forest officials in Thimphu dismantled more than 50 snarls around Buddha point, the giant Buddha stupa overlooking Thimphu city. “In 20 years as forest ranger my team and I have dismantled around 3,000 snarls and traps,” said Phub Tshering.

Frightening parallels between NRC-excluded in Assam and Rohingya refugees

Thirsty in the Himalayas