In 2018, the government of Jammu and Kashmir dredged the flood spill channel of the Hokersar Wetland in an apparent effort to solve the problem of flooding in Srinagar after the devastation of 2014. All that happened was that a large part of the Ramsar-designated wetland of international importance 10 km west of Srinagar turned into grassland. When floods returned in the summer of 2022, the wetland could not absorb excess water because a sluice gate has not yet been constructed, in defiance of an order by India’s National Green Tribunal (NGT).

The government itself also issued an order (number 230 FST) on 1 September 2016 for the sluice gate so that the wetland – which is a major waterfowl reserve – could have “three to four feet water throughout the year”. The Third Pole has a copy of the order.

Fed by the perennial Doodhganga River, the Hokersar Wetland is the destination of 68 waterfowl species including the great egret, great crested grebe, little cormorant, common shelduck, tufted duck and endangered ferruginous duck – winter migrants from Siberia, China, Central Asia and northern Europe. Now there is not enough water for them. 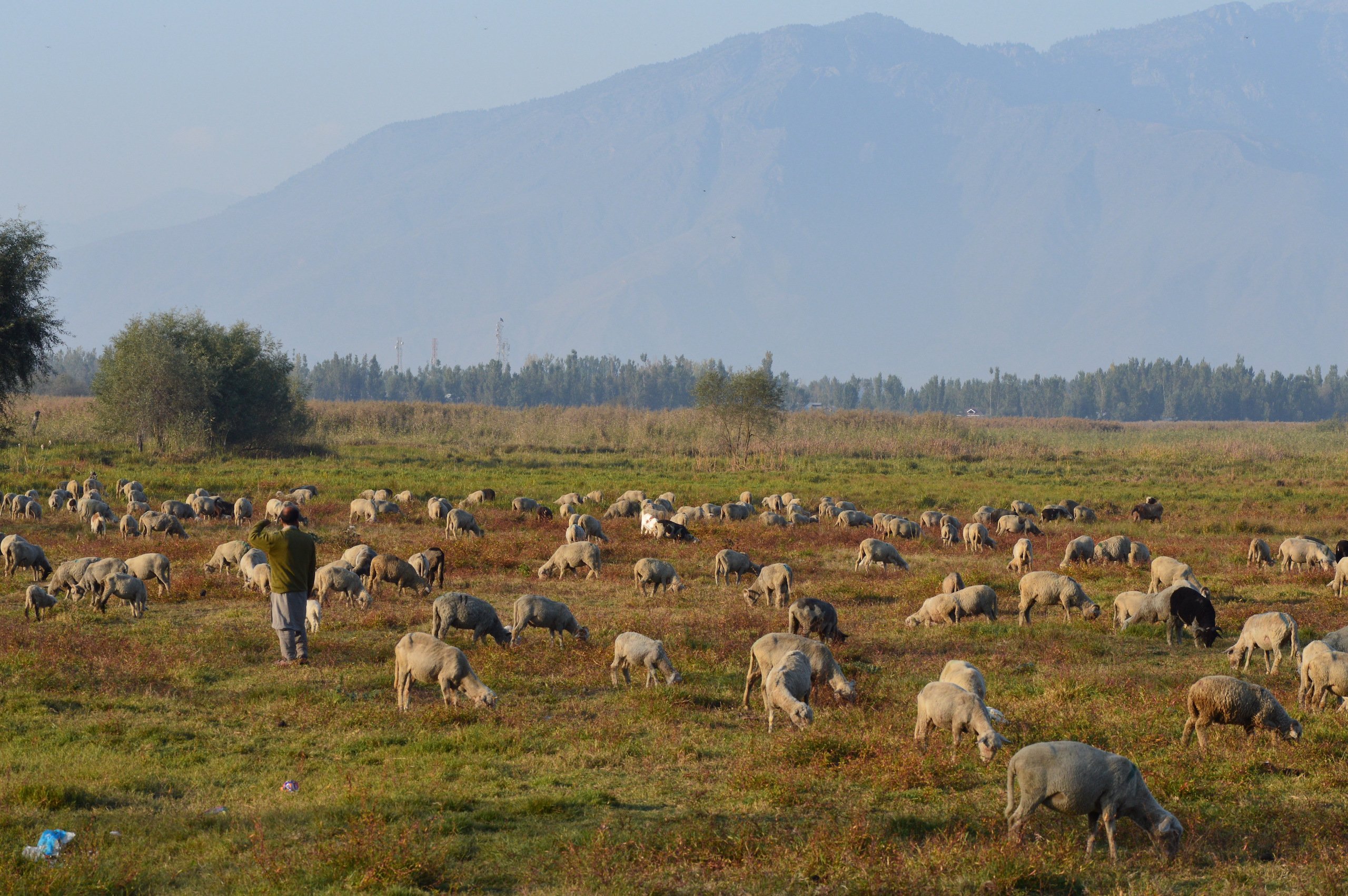 The wetland has dried out to such an extent that a local resident told The Third Pole: “We are able to drive our load carriers [small trucks] inside the wetland and gather fodder for our cows.” The wetland was not only deprived of water, but over 80% of the material that had been excavated during dredging was left there, defeating the purpose of the whole exercise.

Rashid Naqash, the regional wildlife warden whose department oversees the Hokersar Wetland, expressed his dismay during a workshop on the conservation of Himalayan wetlands, held in Srinagar on 13-14 June. He said he hoped that work on the sluice gate “will start soon as we have again taken up this issue with the concerned department”.

Rakesh Changotra, technical officer in the Irrigation and Flood Control Department, told The Third Pole that the process of inviting tenders to install the sluice gates had been started. “We are on it and the gates will be installed soon.”

Naqash’s office has written a series of letters to the Irrigation and Flood Control Department to speed up the construction of the sluice gates. One letter written in 2019 pointed out that deepening of flood spill channel “and ancillary feeding streams by your department has increased the velocity of water in these channels thereby abstracting more waters from and within the Hokersar Wetland Reserve. This has resulted in the water deficiency of the wetland and converted major portion of the wetland into a land mass.”

At the June workshop, experts recommended taking a basin and landscape view of wetlands rather than individual wetland management plans. This would avoid multiple and overlapping plans, while mainstreaming them in existing conservation plans. They also recommended making research available to wetland managers, linking wetland conservation with district planning processes and transforming tourism from recreational tourism to ‘natural tourism’ by raising awareness among tour operators, tourists and local communities of the importance of wetland ecosystems.

One interesting recommendation was to involve the Indian Army in the conservation of wetlands given its presence in “sensitive environmental areas” across the Himalayas. The recommendation stated that the “Indian army is an important stakeholder and needs to be sensitised [in] how to work and operate in a sensitive area and contribute to wetland conservation in future”.

The role the military could play in wetland conservation was previously also highlighted in August 2018 at a two-day policy consultation on Himalayan wetlands organised by the non-profit Ashoka Trust for Research in Ecology and the Environment (ATREE) in partnership with WWF India. 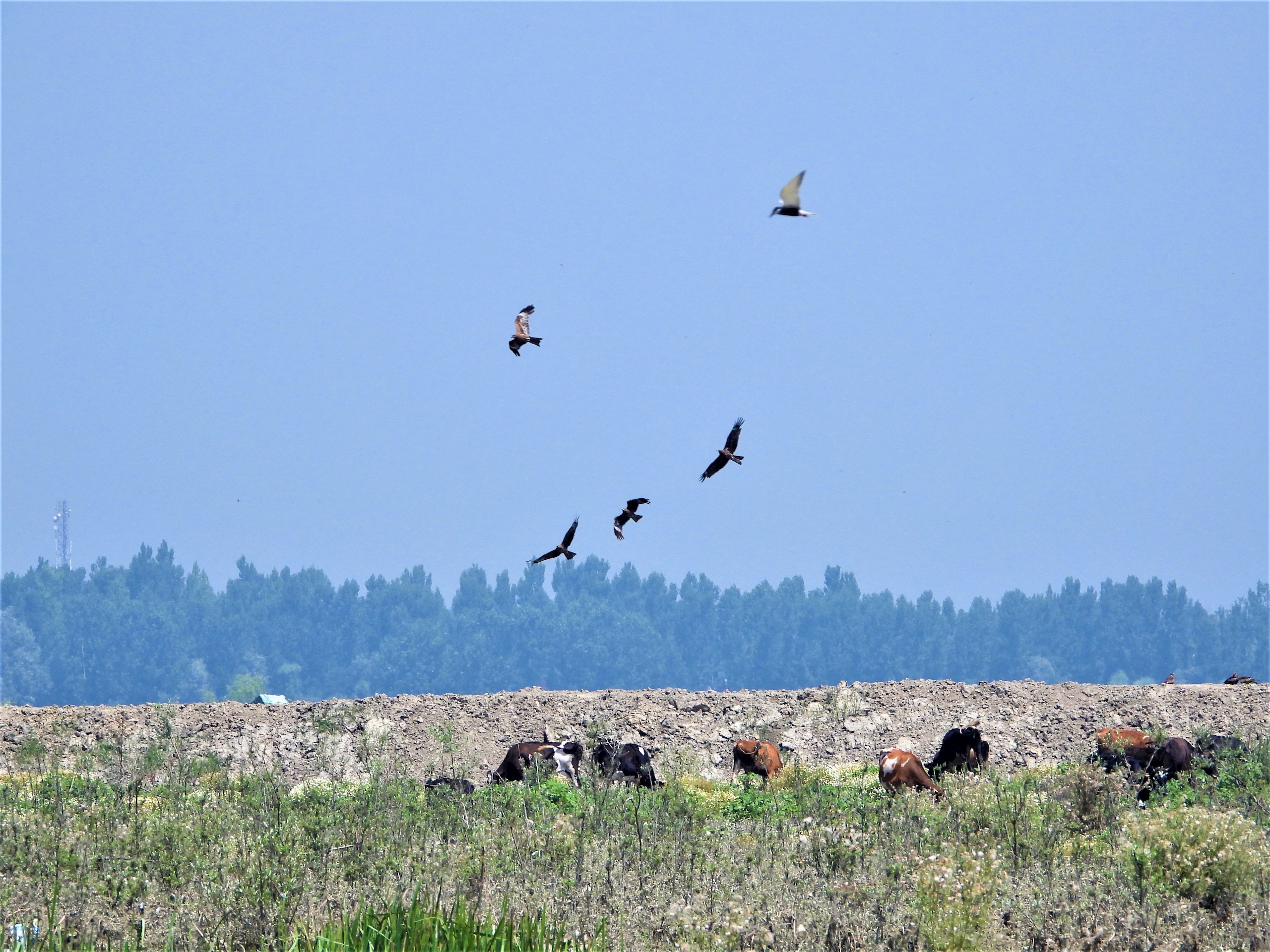 “While the presence of the Army around wetlands near international borders is important from the point of view of national security, army installations pose a number of threats to wetlands and their biodiversity,” it was noted during the August 2018 policy consultation. “Many of these installations are not scientifically sited taking into consideration the wetland hydrology and zone of influence.”

Almost two years after this recommendation, border clashes between China and India in Ladakh killed soldiers on both sides. China and India have increased the number of troops in the area since then.

The 2018 meeting recommended that “Representations can be made to the Ministry of Defence, especially the Ecology Cell, to establish a ‘Green Brigade’ in Ladakh.” It is unclear whether these recommendations were ever followed up with the military.

No lack of expert opinion

“Wetlands are rich in biodiversity and hydrology is the key driver that results in species richness of wetlands. We are witnessing an extreme hydrological disturbance in Hokersar recently. A large area of the wetland, which would otherwise be permanently saturated with water, has been completely drained. Immediate measures must be taken to regulate its hydrology” said Ather Masoodi, an ecologist who specialises in aquatic weed management.

Nothing significant is being done for the wetlands across Kashmir, which are in a neglected state

Other wetlands in Kashmir are also under tremendous pressure, and experts warn constantly about the rapid pace of their degradation. “The Kashmir Valley has some of the most fabulous wetlands in India but unfortunately they have not been given the importance that they deserve by successive governments. Shallabugh and Hokersar may have the highest density of waterfowl in winter in India but both are now in pitiable condition,” Asad Rahmani, former director of the Bombay Natural History Society and a regular visitor to Kashmir’s wetlands, told The Third Pole.

Speaking on the condition of anonymity, one wetland manager said expert opinions are often lost due to the multiplicity of authorities – the irrigation department is responsible for one thing, municipal authorities for another.

Mirgund Wetland near Srinagar has been dry for the last few years, Rahmani said. “If properly protected and scientifically managed, including the management of tourism, Kashmir’s wetlands can become one of the biggest tourist attractions, thus providing livelihood to the communities living around the wetlands. Bird tourism is a multi-million-dollar business in the world. But nothing significant is being done for the wetlands across Kashmir, which are in a neglected state.”

On 13 August this year, India’s Ministry of Environment, Forests and Climate Change announced that 11 more wetlands have been added to the list of Ramsar sites in India taking the total 75 with an area of 13, 26,677 hectares. Two of the 11 new Ramsar sites are in the Kashmir.

“Haigam and Shallabugh wetlands have been declared as Ramsar sites. This means we now have four Ramsar sites in a circuit of 120 km,” said Mudasir Mehmood Malik, coordinator of Wular Conservation and Management Authority. “This is unique and will attract people from the birding community to Kashmir Valley. The recognition brings added responsibility for scientific management and effective monitoring of these sites.”

Faiz Bakhshi, who heads the Environmental Policy Group (EPG), a non-profit in Srinagar which works for the conservation of wetlands in Kashmir, said that he was happy about the development, but expressed his dismay that the already existing Ramsar sites are not in good shape. “Take the example of Hokersar wetland. This wetland has been totally ruined in the name of flood management.”

This is not a problem only in Kashmir. In July last year, local residents and environmentalists protested against what the government called the “redevelopment” of a network of seven lakes in Nainital in Uttarakhand under the Sattal Redevelopment Plan. This was despite explicit findings that the composition of the hill slopes and riverfront made civil construction near them dangerously prone to landslides. In just a few days, an online petition to save the wetland network garnered over 32,000 signatures.

Early last year in Manipur, locals objected to the government’s intervention in developing Loktak Lake as a vast tourism site, saying it would be disastrous for local ecosystems as well as putting an end to their fishing-based livelihoods.

People who live around wetlands in the Himalayas and depend on them for their livelihoods have been saying for a long time that responsible eco-tourism is the only way to protect them and gather revenue. Such efforts by authorities have been few and far between.

Kashmir floods may be linked to climate change

The disappearing water bodies of Kashmir