Shamim Bano, a middle-school teacher, has recently returned from a fortnight in Kabul where she taught Afghan women to do search and rescue work. The training “involved climbing mountains and gorges using ropes and harnesses, using ziplines and rappelling. Any wrong move and you can start a rock fall,” she explained.

Handling serious casualties, “with broken bones, head, neck and back injuries,” was also part of the training, she added.

Often men found it awkward to save purdah-observing women during a disaster, leaving them to die

As a young girl Bano was disturbed by purdah coming in the way of rescue. “Often men found it awkward to save purdah-observing women during a disaster, leaving them to die,” she said.

In 2008, she seized the chance to become a search and rescue volunteer. A trainer herself, she continues to take part in a monthly drill to improve her skills. 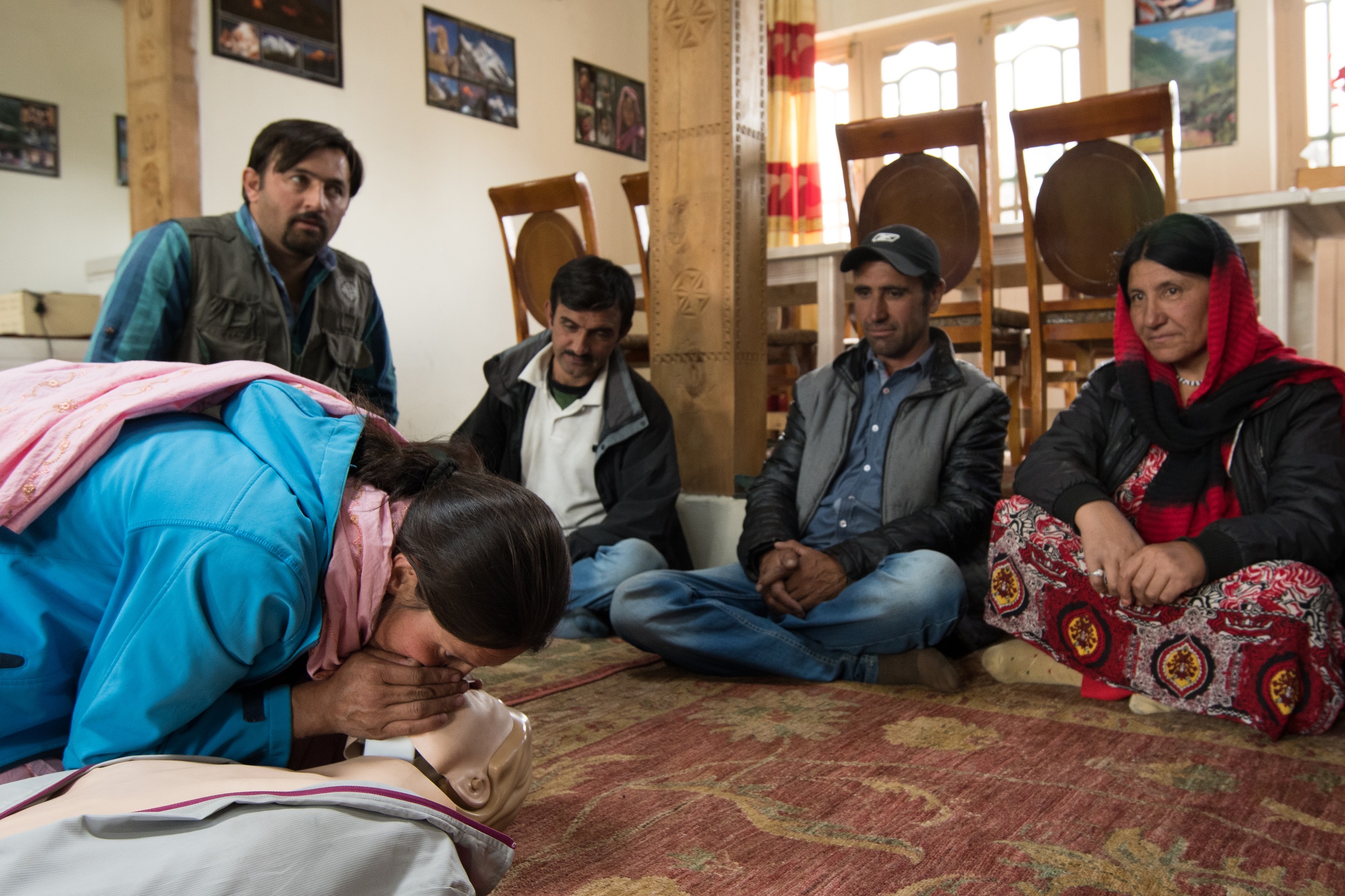 Bano lives in Pakistan’s northernmost region of Gilgit-Baltistan, a place where three of the world’s highest mountain ranges converge – the Hindu Kush, the Karakoram range, and the Himalayas. This includes 50 mountain peaks that overtop 7,000 metres, and five that exceed 8,000 metres, including K2, the world’s second highest peak. Powerful mountain rivers, including the Hunza and the Gilgit slice through the region, and there are hundreds of glaciers. 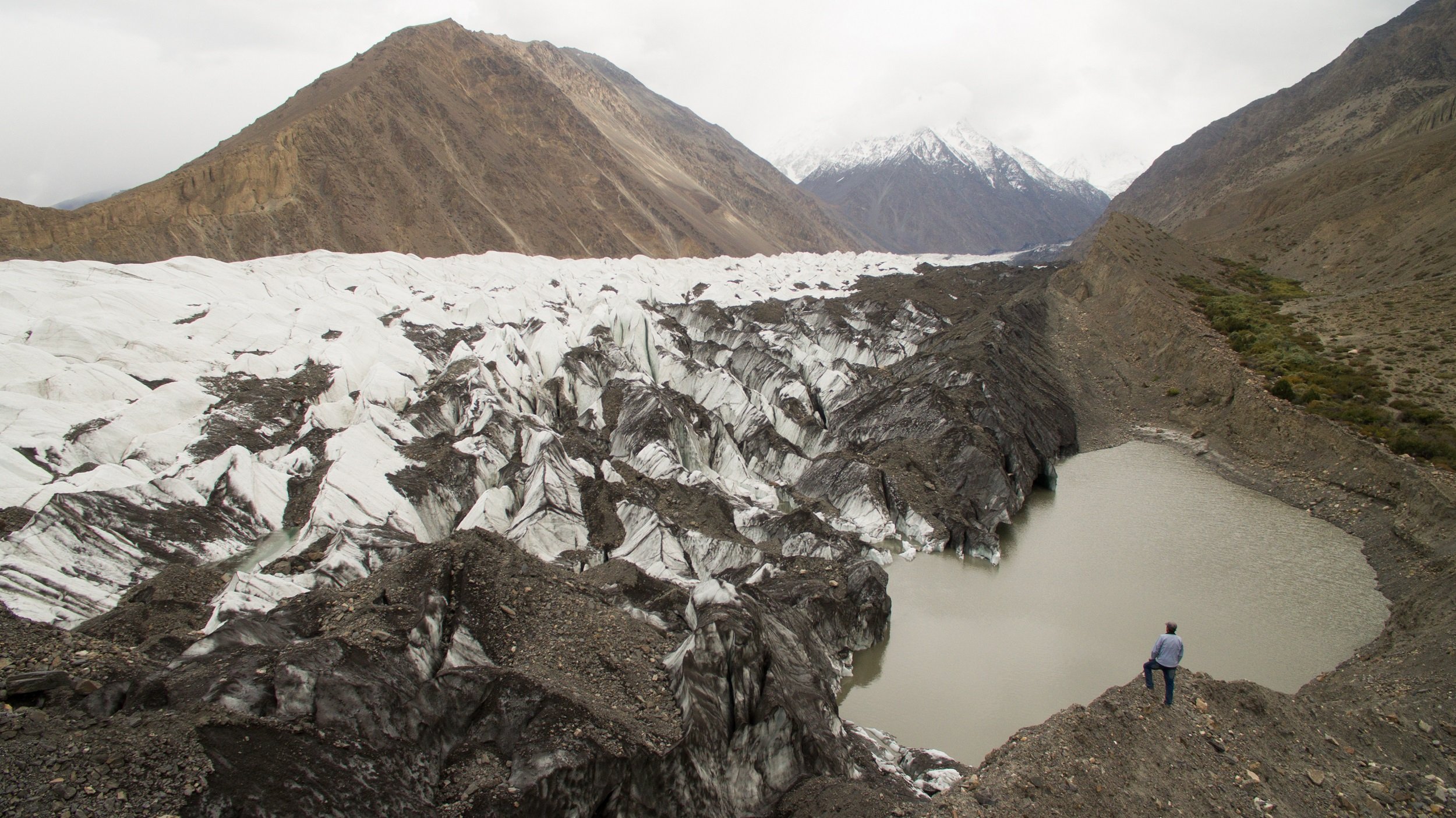 But the magnificent landscape is routinely disturbed by tremors, avalanches, landslides, and glacier lake outburst floods that can shake the lives of its people.

The communities of Gilgit-Baltistan are among those most affected by climate change, said Salmanuddin Shah, head of the emergency management department at the Aga Khan Agency for Habitat, Pakistan (AKAH-P).

Bano is one of 50,000 volunteers, half of them women, whom AKAH-P has trained in community-based disaster risk management (CBDRM) since it was founded as Focus Pakistan in 1998. 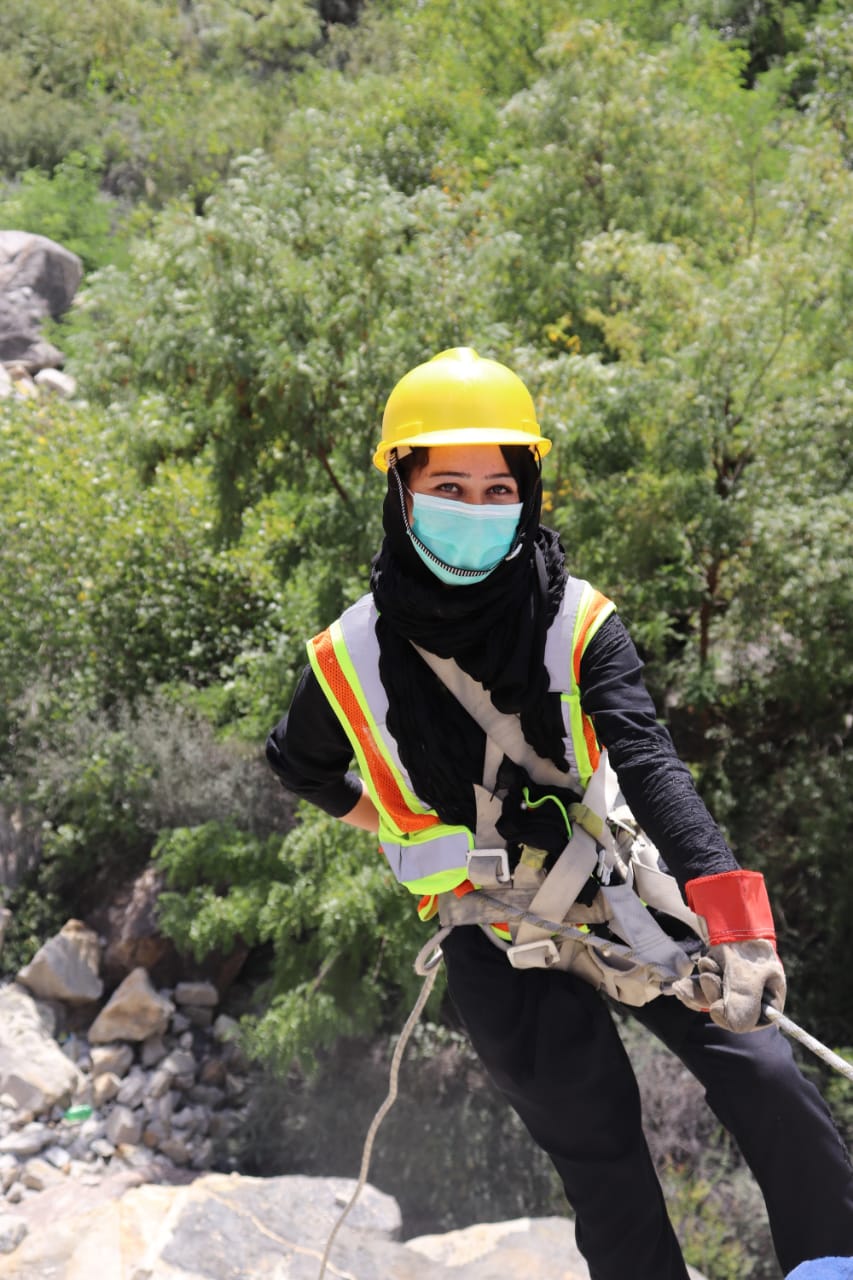 Other communities facing increasing disaster risks are those in Chitral in the mountainous province of Khyber Pakhtunkhwa, and in the coastal areas of Sindh province, Shah said.

AKAH also has offices in the mountainous regions of Afghanistan, Tajikistan, Syria and the coastal plains of the Indian subcontinent.

He cited two recent glacier surges in the Hunza valley – the Khirodpin glacier at Shimshal and Shishper at Hassanabad. “Both the glaciers moved down the valleys for miles, blocking the valley, creating artificial lakes. Likewise, the sudden break of Badswat glacier in Ghizer district inundated the whole village of Badswat, after blocking the Ghizer river,” he said.

Of the 777 settlements in Pakistan’s climate-induced hazard zones, 40% are exposed to multiple natural hazards, with mountain communities being most vulnerable.

Of the 777 settlements in Pakistan’s climate-induced hazard zones, Khan said 40% are exposed to multiple natural hazards, with mountain communities being most vulnerable.

Environment degradation compounded by rapid population growth has exacerbated the disaster risks facing people in mountainous regions, who are among the “poorest, disadvantaged and isolated populations,” he said.

Rahim Aga Khan, Chair of Aga Khan Development Network’s Environment and Climate Committees aid, “For decades the AKDN has been working with vulnerable communities to improve quality of life and reduce disaster risk. Today in the face of the climate crisis, understanding and mitigating these risks is even more urgent. Only by helping these communities adapt and thrive in harmony with their often-precarious habitat can we hope to mitigate the effects of climate change.”

AKAH-P received a gold 2020 World Habitat Award for its approach to integrating technology and indigenous knowledge, and for a “rare” level of integration between development work and disaster risk management at community level. They bring together geologists, satellite imagery and risk mapping tools with local communities to create local Hazard Vulnerability and Risk Assessments (HVRAs) that identify the best forms of land use and safest places to build.

It has carried out HVRAs in 785 settlements since 2004, mostly in Gilgit-Baltistan and Chitral. The work involves many different kinds of volunteers, as they build shelters, develop community disaster management plans and install weather monitoring posts and community-based early warning systems.

“Communities are at the core of our work and the key to its success are its volunteers,” said Khan.

Dedicated teams of women volunteers are an important part of working with communities in effective ways, though men and women are trained together, said Bibi Nusrat, a 40-year old nurse from Karimabad, who has worked as a CBDRM training officer in AKAH-P’s Chitral office since 2000. She visits disaster-prone villages to train communities in how to protect themselves: in 2020, she visited 15 of the 150 avalanche-prone villages in Chitral. 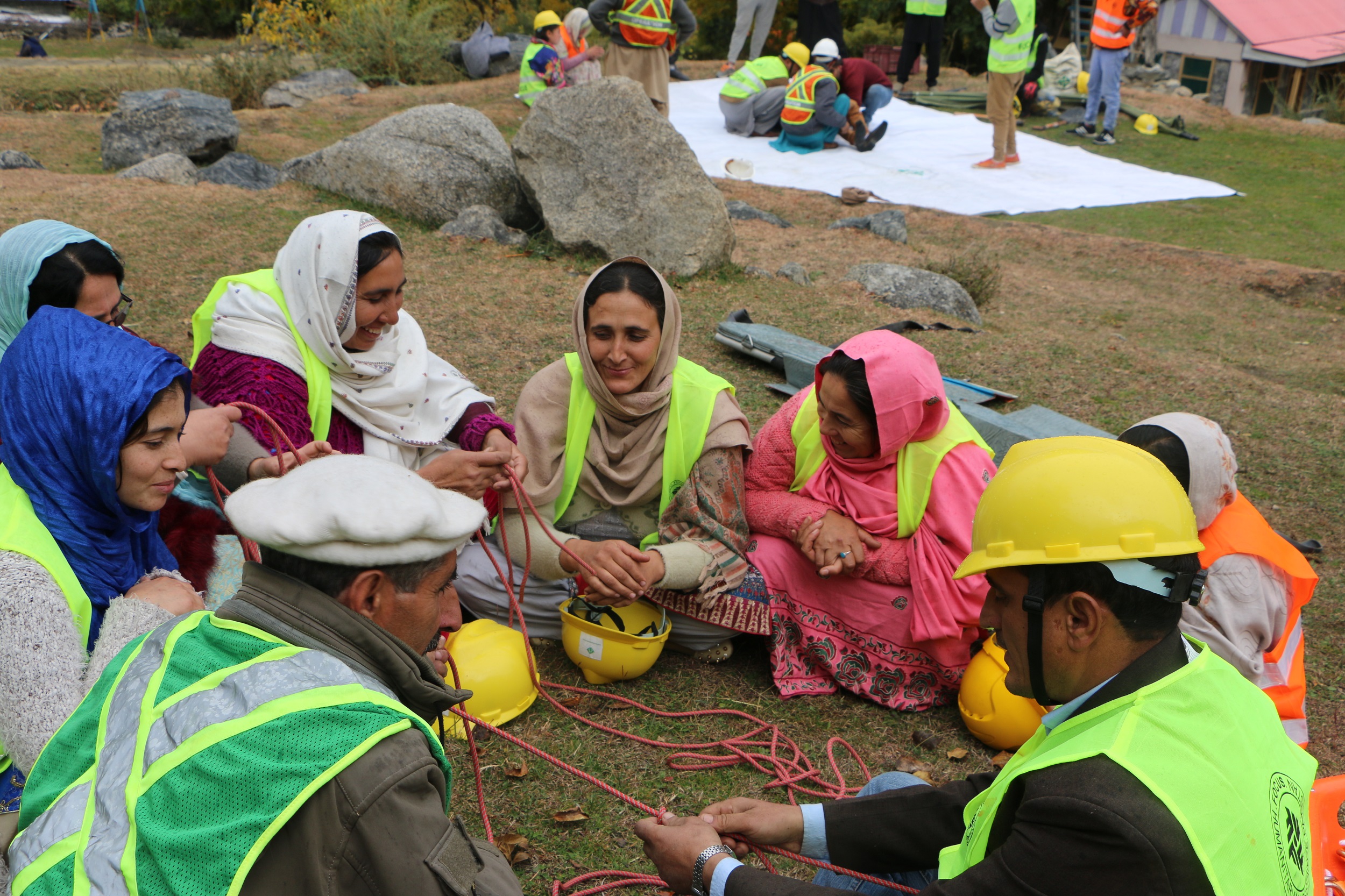 Like Bano, Nusrat too stressed the importance of women being a core component of these teams. “I think it is necessary for women to be in a rescue team as men of the families may not always be there at the time of disaster and keeping cultural sensitivity and purdah in mind is very important to the local people.”

Not all supporters of purdah believe it should apply in a disaster. 55-year old Nawaz Khan from Nusrat’s village is a strict follower of purdah who said, “I would not mind if a strange man rescues women from my family.”

Unfortunately such, views are sometimes missing even in core urban areas, far less the remote places where natural disasters are more common.

A tragic building collapse in Rizvia Society, in Karachi’s Golimar area last year, trapped nearly two dozen women and children. Shah said residents blocked male rescuers who were trying to reach women stuck under debris. Munira Barkat has been on the team since 2013, and said, ” In our society, which is so conservative this keeps cropping up; men survivors are adamant that no male rescuer will touch the dead body of their women. They would rather leave them buried in the rubble; having women in rescue work is of utmost importance.”

The search and rescue team is 40% women. “Both men and women are trained on the same skill sets,” said Khan.

Bano’s first big rescue mission was in 2010 when a massive landslide, hit the village of Attabad, in the Hunza valley. The Attabad lake broke its banks, leaving 6,000 people homeless as water swept into their houses, orchards, farms, and schools. 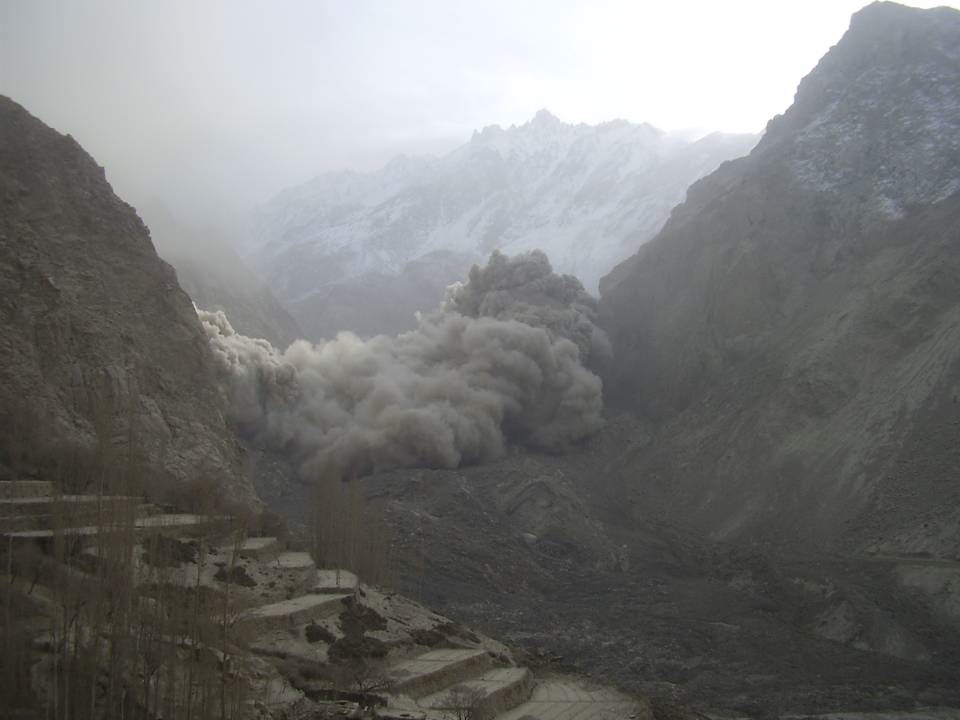 Disasters, such as the one that hit Attabad, can be devastating [image courtesy: AKAH-P]

“For the first time, I had to face the real deal, dead bodies too,” said Bano.

For Nusrat, the March 2016 avalanche in Susoom that killed nine students was an event she can never forget.

She spent two weeks in a tent, braving snow storms and rain, to care for the dead bodies, the unconscious, the injured and people with hypothermia. “I must have helped dozens, and cleaned and prepared eight bodies before sending them off to families,” she recalled. 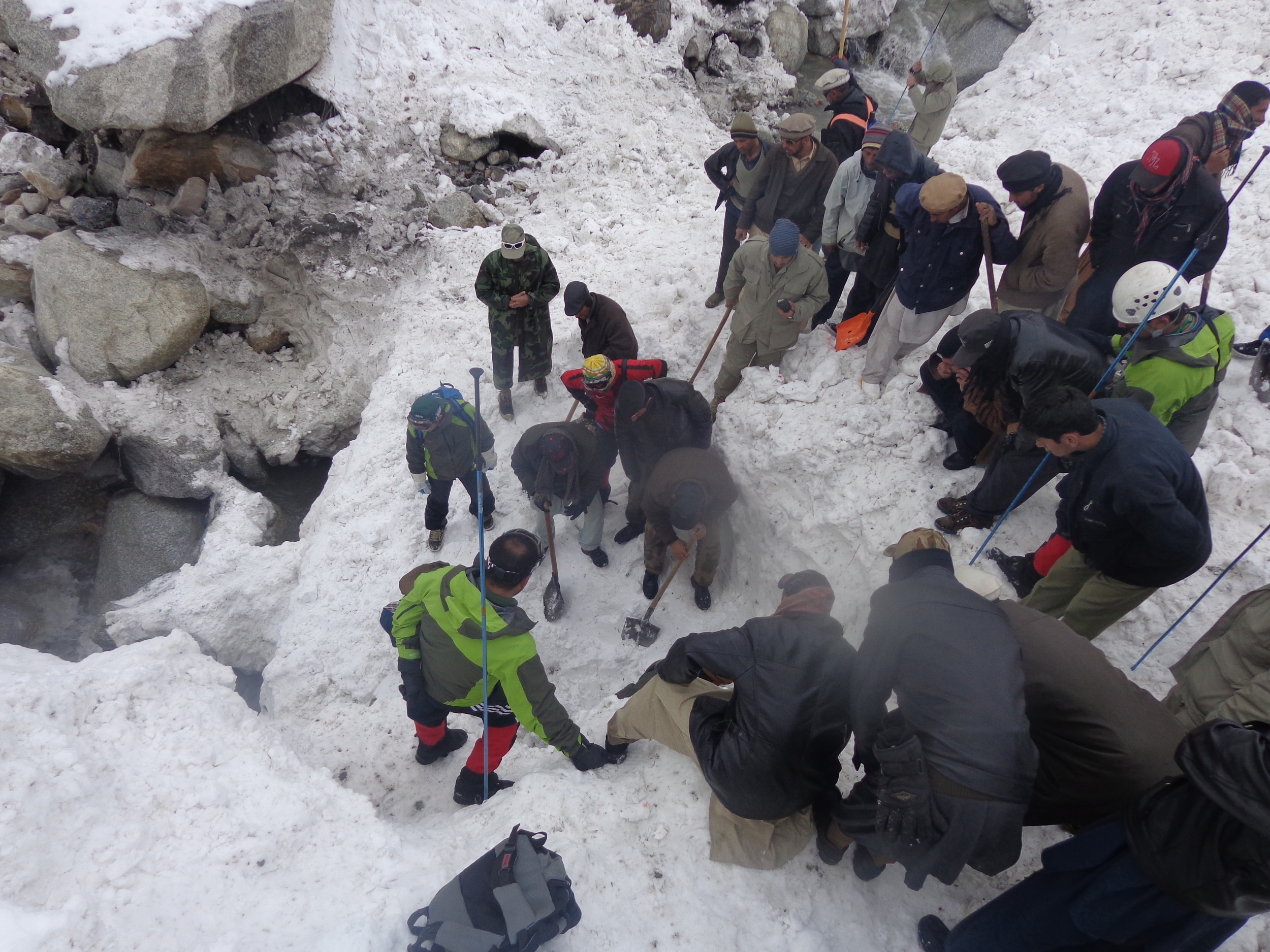 Nusrat explained how day-long training sessions in villages to draw up local risk management plans are run. “We educate them about avalanches, the type, seasons and how to protect themselves in case of such an eventuality. After a historic profile of that village, an evacuation plan marked with a safe route to use and reach a shelter equipped with tents, food, medicines etc is drawn up.”

Her team also collects data of households at particular risk from avalanches.

This is followed by the formation of gender-inclusive Community Emergency Response Teams (CERTs), local Search and Rescue Teams (SARTs) and Disaster Assessment and Response Teams (DARTs) and capacity building for emergency preparedness and responsiveness. 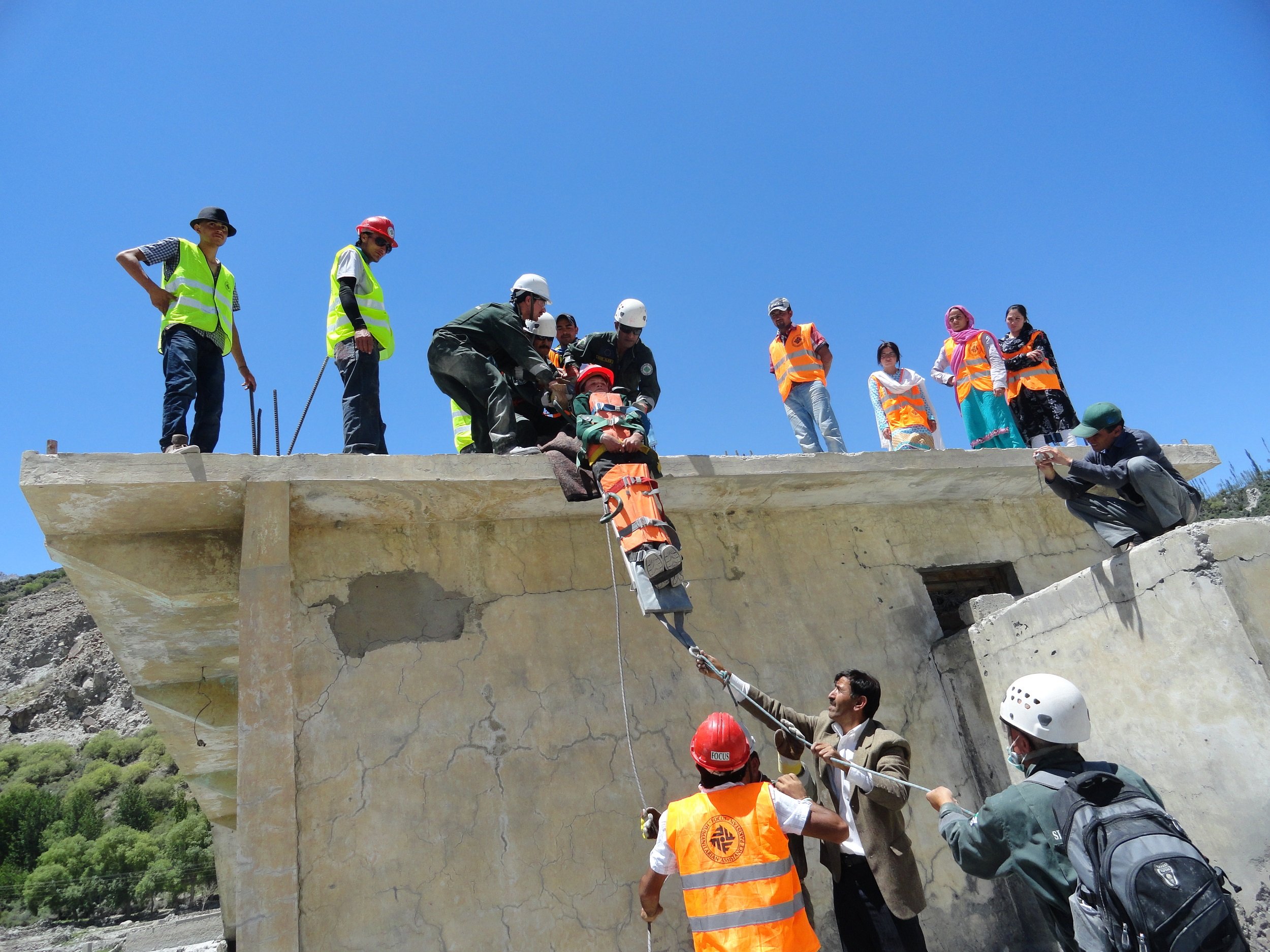 Another villager, also called Nawaz Khan, emphasized the importance of CBDRM sessions. He lost his only son, 19-year-old Mubashir Hasan to the Susoom avalanche. “Had it not been for the AKAH-P people, I may never have found my son’s body,” he said.

“It was difficult and I was scared, but I can now say without fear that a woman can do anything a man can do,” said 37- year old Safi Gul, from Susoom, who volunteered alongside Nusrat during the avalanche.

Pakistan’s judiciary weighs in on environmental challenges with some success

Uttarakhand disaster: Are there lessons for Jammu and Kashmir?