Amin Baig makes a living from yaks in Ishkarwarz village, in a remote part of northern Pakistan. He used to own between 20 and 40 of the long-haired cattle, but about 10 years ago had to sell 12 in one go. So much peatland had been destroyed in the area around the village, he explained, that there was not enough grazing to sustain the animals.

In mountainous Chitral, the northernmost district of Khyber Pakhtunkhwa province, peatlands are being overexploited. Eighty-five years ago, people started to dig up peat in large quantities, dry it, pack it into briquettes and burn it as fuel for heating and cooking.

Baig said he regrets selling the 12 yaks. “Fewer yaks means less cash to purchase essential commodities; this was money I used to earn by selling the yaks in the markets of Gilgit or Chitral. But then this is the plight of almost every resident of all villages of the valley where peatland is vanishing rapidly.”

Peatlands are a type of wetland found all over the world. But in Pakistan, they occur only in high-altitude Chitral and parts of Gilgit-Baltistan. Peat is created from plants growing in waterlogged conditions: when the plants die, they do not fully decompose and are partially preserved in water over centuries. According to the International Union for the Conservation of Nature (IUCN) peatlands alleviate extreme heat because they lower ambient temperatures, and preserve air and water quality. They also store more carbon than all other types of vegetation in the world combined. This is emitted when they are drained or degraded. 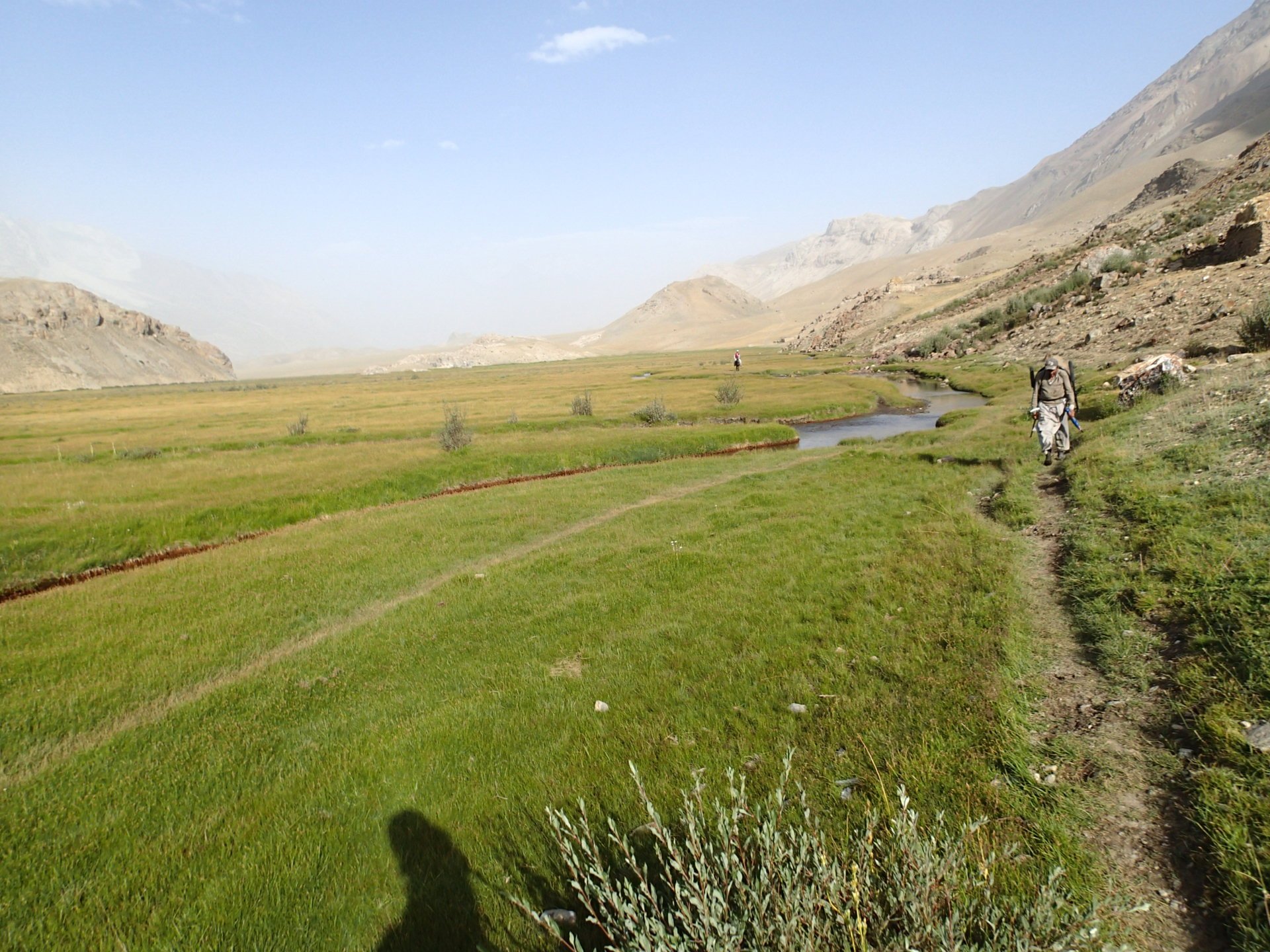 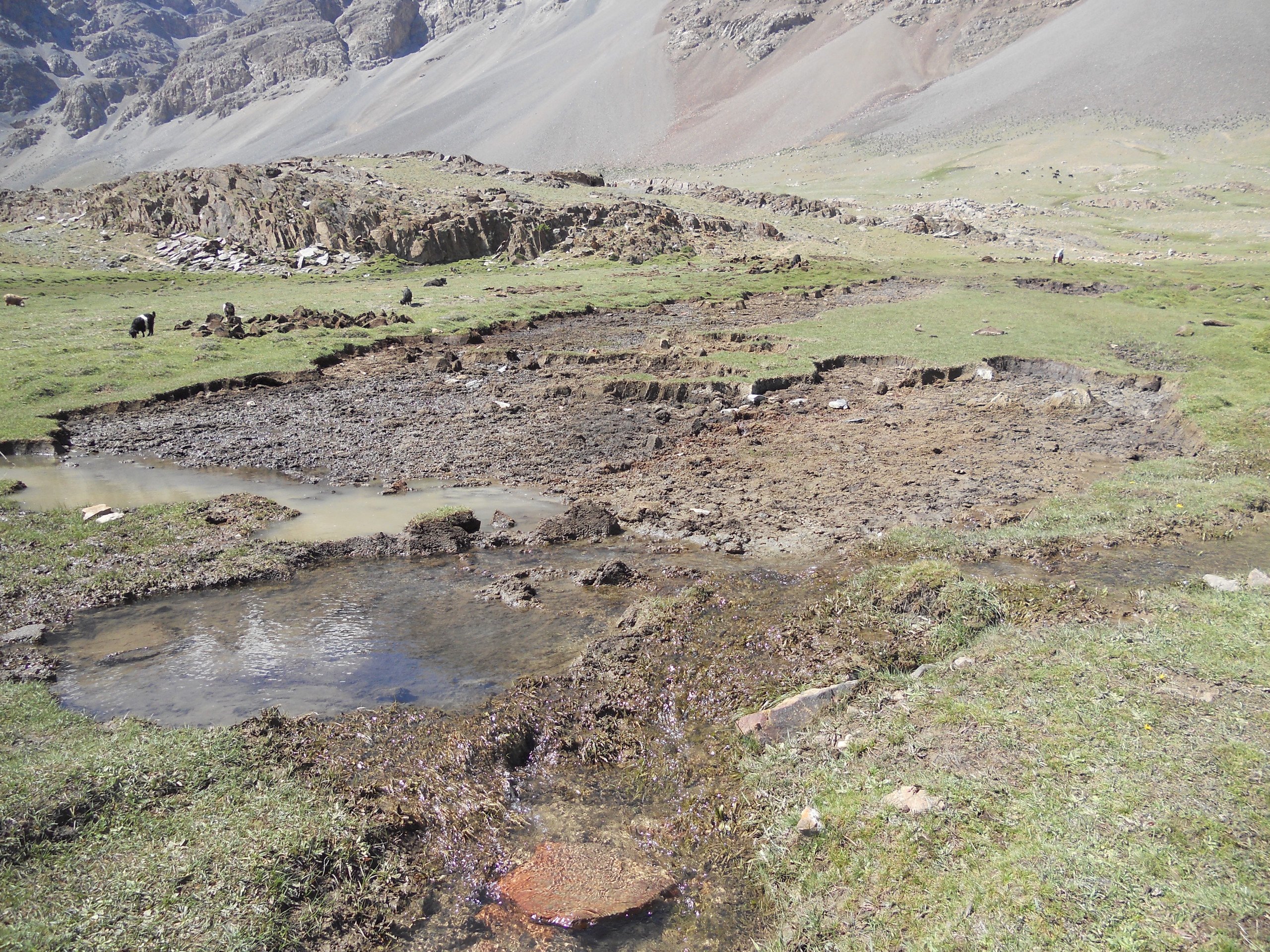 Surveys by the Pakistan Wetlands Programme (PWP) between 2008 and 2012 found that there were 2,800 hectares of peatland in the Broghil mountain pass, Hamid Ahmad Mir told The Third Pole. (Mir was working at the PWP at the time, and now is a project manager at the United Nations Development Programme.) The Broghil mountain pass is the northermost valley in Chitral and crosses the Hindu Kush mountain range. Ten years later, researchers estimated that peatlands in the Broghil Valley covered about 1,190 hectares.

There is no recent, comprehensive assessment on the state of peatlands across Chitral. The PWP estimated from its 2008-12 surveys that peatland in the district covers 5,000 hectares, Mir said. 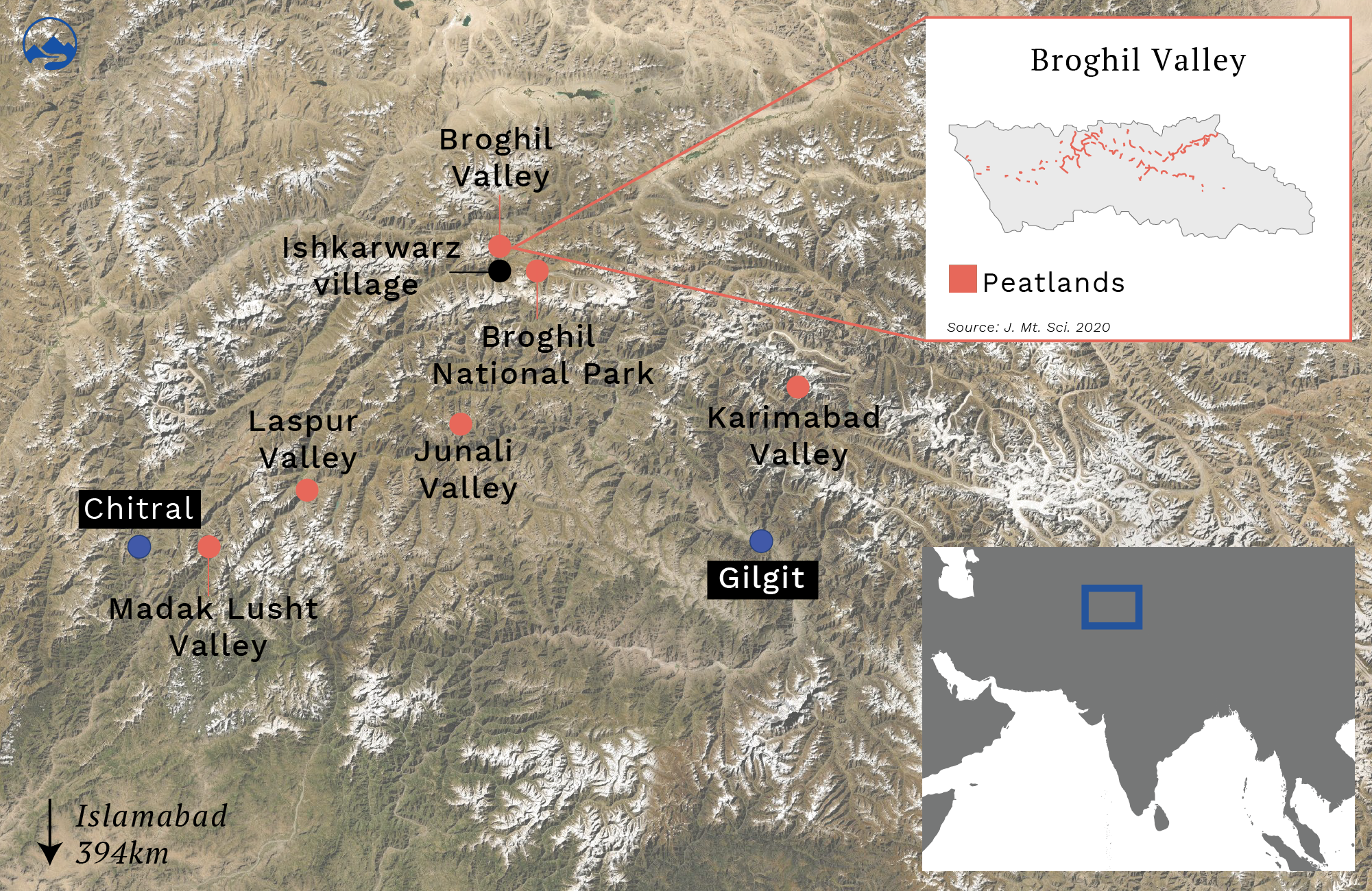 Shafiqullah Khan, a former Broghil National Park employee, said it is difficult to quantify how much peatland has disappeared from the area, but it has reduced significantly. As a frequent traveller to Broghil, Khan has witnessed the destruction of many chunks of peatlands in the villages across the valley, he told The Third Pole.

Mir warned that people will be forced into mass migration from the valley if the peats are lost.

Khurshid Ali Shah, a co-author alongside Mir on a 2010 study on the peatlands of Broghil National Park who now works at the Snow Leopard Foundation, said that for any conservation project to be successful, local people must be provided with an alternative fuel source. In addition, he said, “the data gap is one of the major issues of peatland management in Broghil and elsewhere in Chitral”.

However, even without comprehensive data there is evidence of environmental impact. Manzoor Ahmed, district meteorologist at the Pakistan Meteorological Department Climate, told The Third Pole that the unchecked depletion of peatland is alarming. Loss of peatland and its cooling effect, he said, will directly accelerate climate change in the fragile ecosystem of Chitral, where there are more than 500 glaciers.

Khan, the former Broghil National Park employee, said that wildlife is suffering and a number of birds including curlew, snipe and plovers are nearly extinct in the area. He added that snow leopards, brown bears, blue sheep and lynx have not been sighted in the valley in years.

“The population of yaks has considerably decreased due to the loss of habitat; yak farming was the major source of income for locals,” said Amin Jan Tajik, former village nazim (chief) of Broghil.

Agriculture and infrastructure add to problems

The main causes of peatland destruction in Broghil and the wider region are its extraction for use as a fuel in homes and draining it to convert land for agriculture and road-building.

“Agricultural activities in the valley during the past two to three years have tempted the locals to drain their peatlands,” said Tajik. He added that agriculture is relatively new in the valley and was brought to the attention of the local population by an international NGO. It identified the area as suitable for growing beans, peas, potatoes, tomatoes and other vegetables as a way for people to supplement their incomes. With 12.45% of Chitral’s population food-insecure in 2019-20, Tajik said many living in poverty welcomed the idea.

Tajik added that 10 years ago a track, accessible to 4x4s, was constructed in the Broghil Valley through peatland. He said that this has had a significant impact on the landscape, as water was drained to build the road. 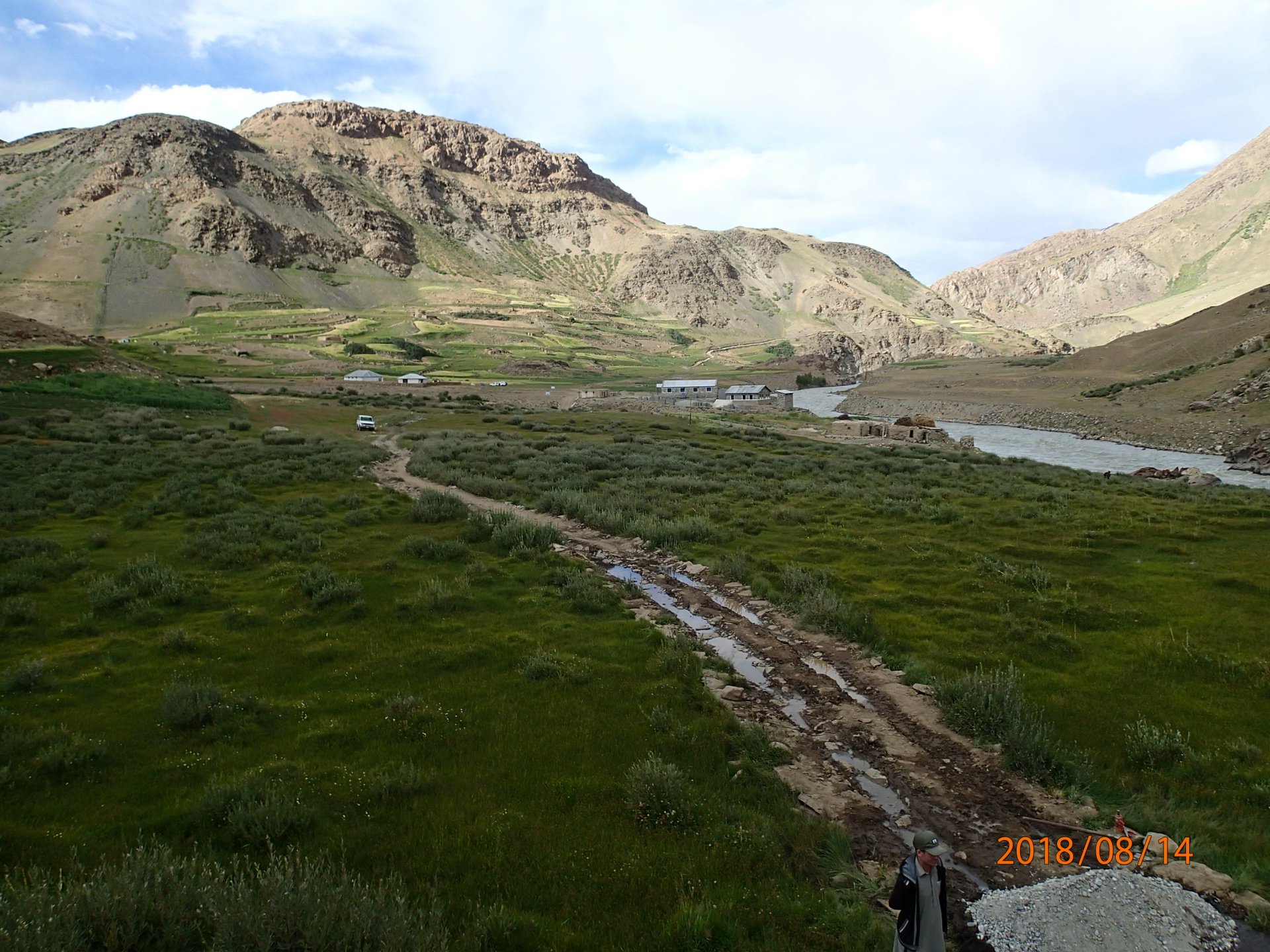 Work on a road built through peatland in Broghil Valley, Chitral, in 2018. Local people say it has caused peatland in the lower part of the landscape to dry up. (Image: Zahiruddin) 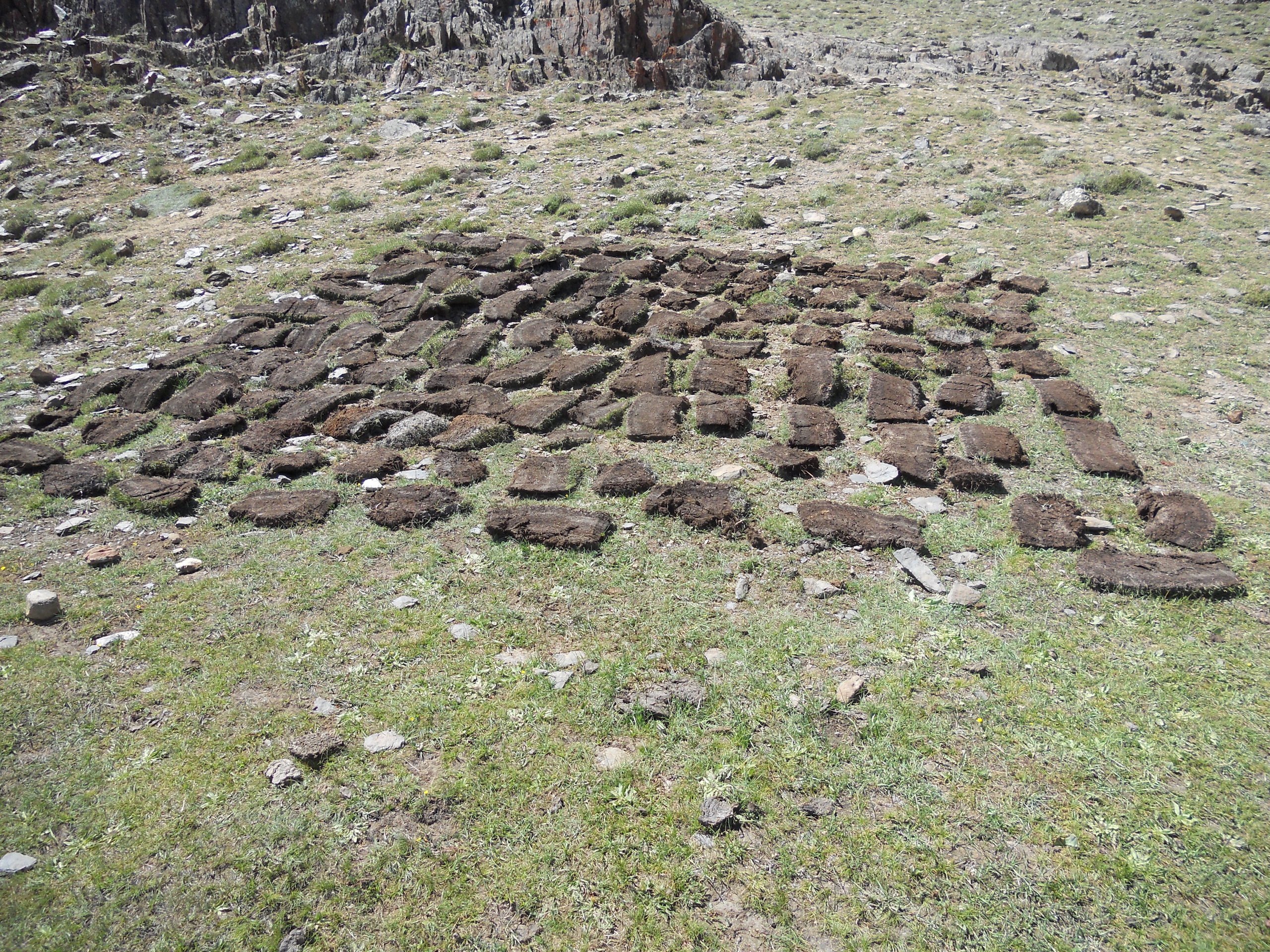 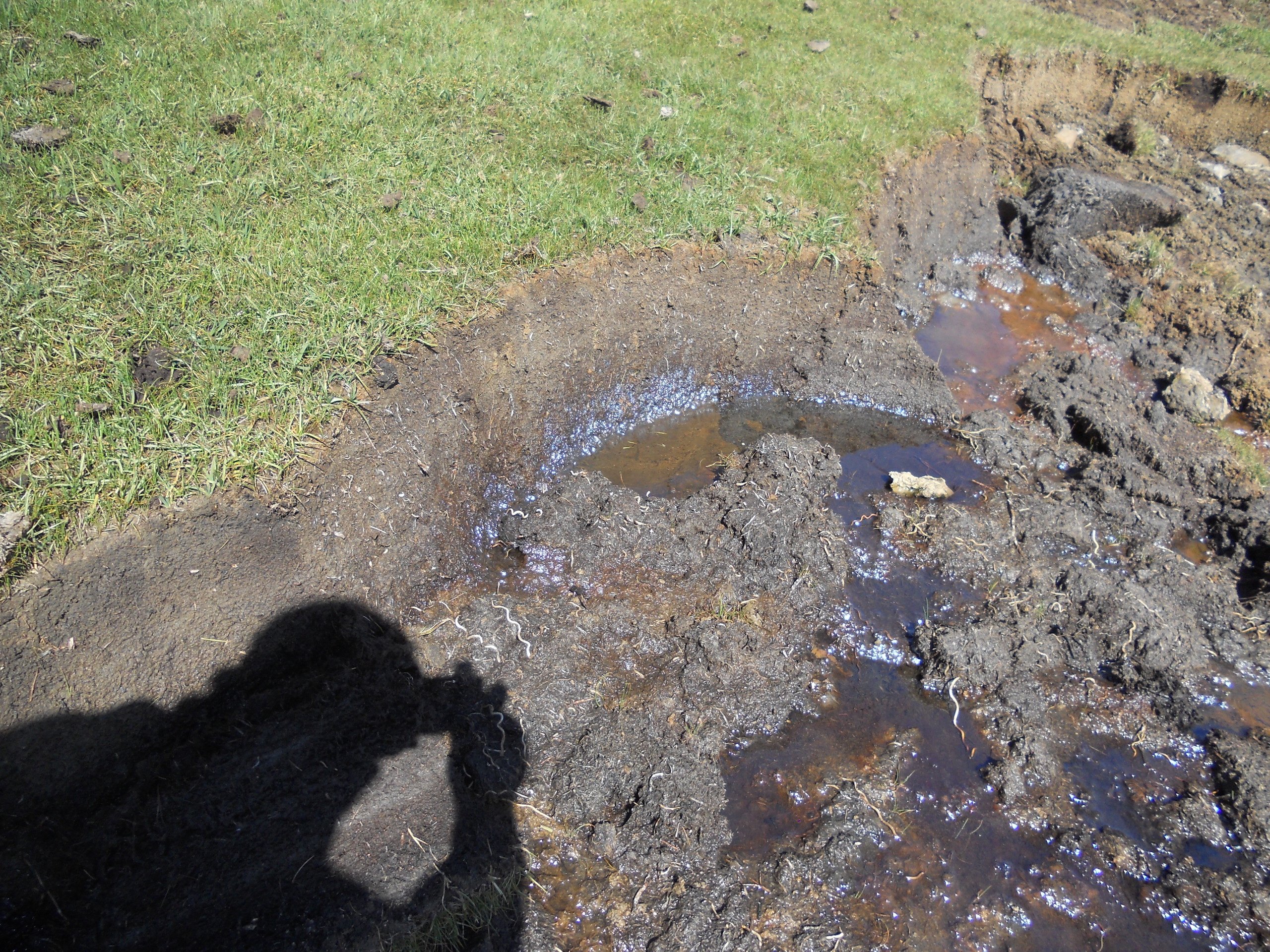 Peatland being drained in Broghil Valley in 2018 so a road could be built (Image: Zahiruddin)

As a result, “the supply of water [to the peatlands] stopped altogether. Perennial supply of water is necessary for peatlands’ existence”. Tajik added that about 30 kilometres of road is to be constructed through the valley to connect Chitral with the Wakhan border in Afghanistan, which will further damage the fields of peats.

Back in 2010, the study by the Wildlife Conservation Society and UNDP stated that wildlife habitat degradation had set in, warning that the peatlands would become a “wasteland” within 20-30 years. Some villages in the Broghil Valley, including Ishkarwarz where Amin Baig tends his yaks, had already extracted “almost 90% of their share of the communal peatlands” and were turning to government-owned peatland to fulfill the fuel demands of a growing population.

The report also noted that many local people had developed respiratory diseases after inhaling fumes from burning peat.

Faruq Nabi, a forest officer in the Chitral Wildlife Division, said that this year pressure cookers that require less heat were distributed to families in seven villages in the Broghil area, with the aim of lowering demand for peat. He added that the Aga Khan Rural Support Programme is planning three micro hydropower stations in the valley to provide free electricity to people as an alternative energy source.

The great rewetting on the edge of Tibet