On October 8, 2020, eight satellite-tagged white-rumped vultures that were bred in captivity were released from an aviary near the Pinjore vulture conservation breeding centre in northern Haryana. The project had been in the works for years.

“We monitored vulture populations in a 100-kilometre radius of the aviary. We also monitored the area for [vulture-toxic] drugs, the food availability, diet and everything,” said Vibhu Prakash, deputy director of Bombay Natural History Society (BNHS), a conservation NGO. Around 300 captive vultures, divided between three species – white-rumped, Indian and slender-billed – are fed and housed in Pinjore, in the foothills of the Himalayas in India.

The Pinjore breeding centre, a collaboration between BNHS and the Haryana government, was set up in 2004 in response to a catastrophic vulture die-off – some 20 million to 40 million birds perished in just over a decade. Only a few thousand survived and the three species are listed as “critically endangered” by the IUCN. 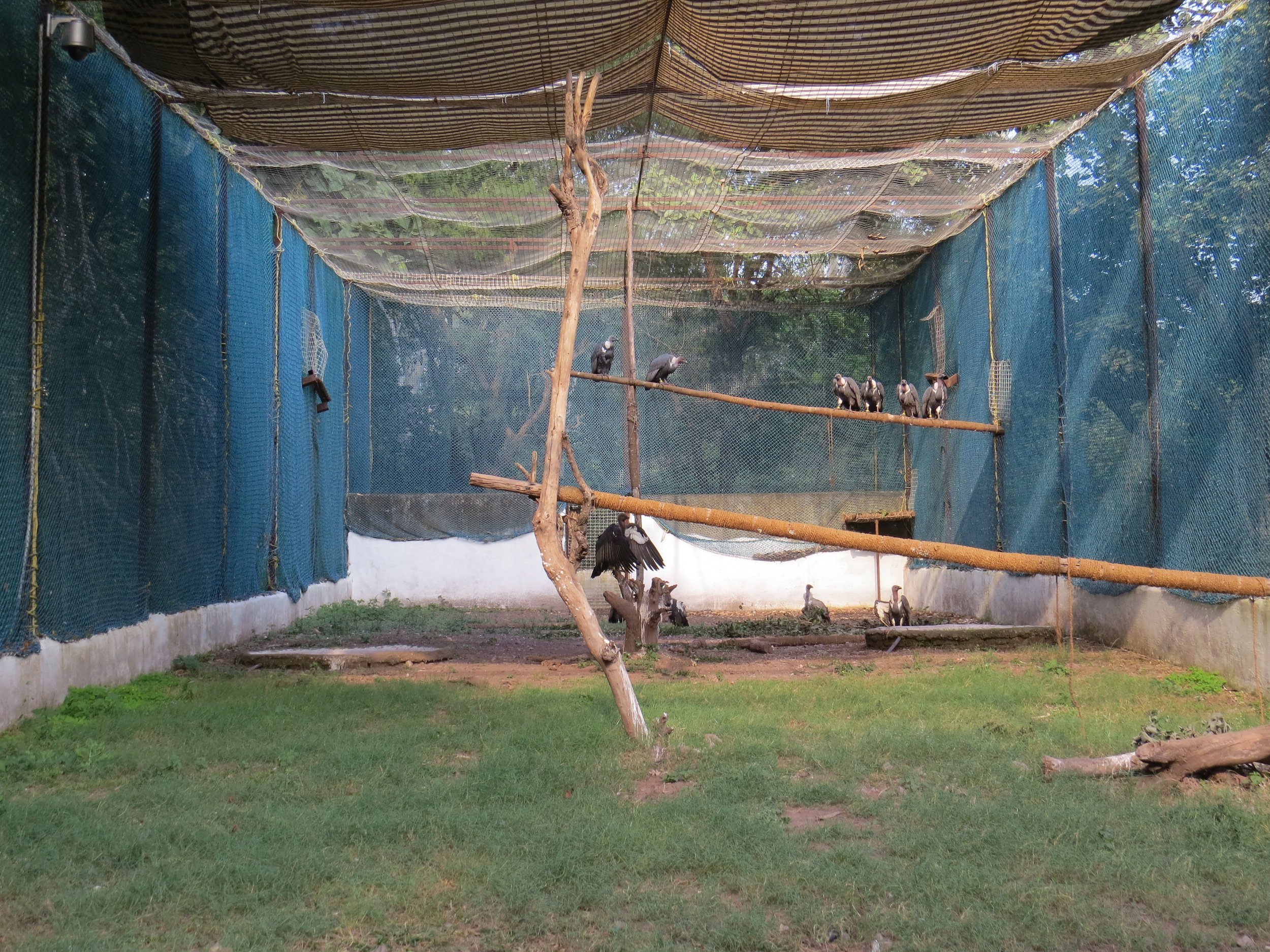 The cause: inadvertent poisoning by Diclofenac – an anti-inflammatory medicine used since the 1980s to treat sick cows.

Vultures that fed on Diclofenac-laced carcasses died from kidney failure, collapsing into trees, fields and garbage dumps, their blood full of uric acid, crystallising around their organs. The drug was banned for veterinary use in India, Nepal, Pakistan in 2006 and Bangladesh in 2010.

The Pinjore centre had a simple goal: to provide a breeding reserve of vultures for take-off into a Diclofenac-free world. That was why Prakash and his team kept waiting till they found Diclofenac use had fallen significantly around Pinjore.

Fourteen years after the first ban, Diclofenac use has fallen, but the drug is still around. Several other Diclofenac-like painkillers used in veterinary care also lethal in vultures are contributing to the death toll. Bird numbers have continued to decline, though at a much slower rate. However, results of a recent survey show that among white-rumped vulture, the decline “may have reversed”.

Finally, in November 2020, the Indian government released the Action Plan for Vulture Conservation in India 2020-2025, an ambitious conservation strategy to establish new breeding centres like the one in Pinjore, set up new vulture hubs in each state, and provide better monitoring including a nationwide population count of the birds.

“We really have to appreciate the new vulture action plan,” said S Bharathidasan, Secretary, Arulagam, a wildlife conservation NGO in Tamil Nadu. The plan was comprehensive in scope and plugged important policy gaps, he added.

Conservationists say the most significant points in the plan are stricter audits on the sale and use of anti-inflammatory medication like Diclofenac; vulture safety trials for several Diclofenac-like drugs; and the automatic withdrawals of all veterinary drugs found to be toxic in vultures.

Law is not enough

The 2006 ban suffered from lack of implementation. The drug is legal for human use, so the Diclofenac supply line continued to flow. There were alleged cases of some pharmaceutical firms selling Diclofenac in large bottles meant for use on cattle, with just the label changed to say it was meant for human consumption. 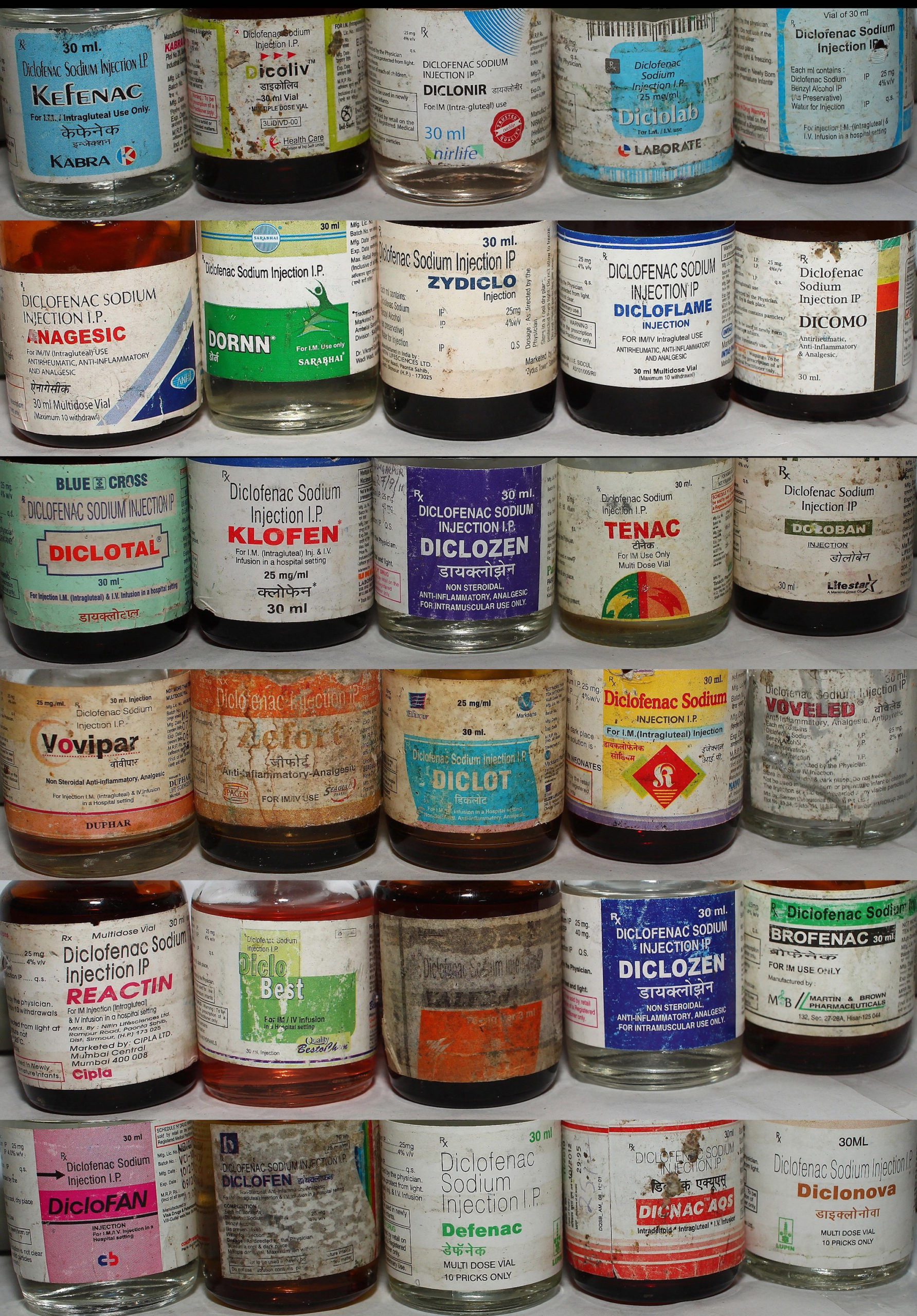 In 2015, the government made another attempt to implement the law by restricting vial sizes to three millilitres. But a study originally published in the Bird Conservation International journal in 2020, Trends in the availability of the vulture-toxic drug, diclofenac, and other NSAIDs in South Asia, as revealed by covert pharmacy surveys, said that while Diclofenac had mostly been withdrawn from medicine shops in Bangladesh and Nepal, it was still widely available in Indian pharmacies, offered by 10-46% of attendants surveyed.

Now the government’s plan is to toughen conditions under which Diclofenac and related drugs are sold to patients. Chemists will not only have to continue to sell the drug only when they see a prescription, they will also have to keep a copy of the prescription for inspection by the government.

The action plan also calls on animal husbandry departments in all state governments to ensure that veterinary care is provided only by qualified doctors. There have been reports that untrained people overdose sick cows – sometimes by as much as 35 times the regular dose. This turns the cattle carcasses into a lethal meal for vultures.

Diclofenac is a habit that has stuck partly due to a lack of choice. Meloxicam, the only vulture-safe Diclofenac substitute, is not popular among veterinarians in India. In 2017, Meloxicam accounted for only 32% of sales.

“Diclofenac is familiar to the vets. Its properties are a bit different to Meloxicam – it acts a bit quicker on the animal, and it has anti-pyretic properties which means it reduces fever as well,” said Chris Bowden, programme manager of SAVE (Saving Asia’s Vultures from Extinction), an alliance of 24 science-based organisations. “Having said that, vets in other parts of the world have accepted Meloxicam as a very good drug.”

Stamping Diclofenac out will not be enough either. Aceclofenac, another anti-inflammatory medicine, changes into Diclofenac in a cow’s body, and kills vultures in just the same way. Despite evidence of this since 2012, the drug has not been banned. Safety tests are pending before the Indian Veterinary Research Institute (IVRI).

“The IVRI safety testing work has progressed, but it has been at a pace which unfortunately will not be quick enough to save vultures,” said Bowden. Injectable formulations of the medicine – which endear it to vets – were recently approved by the Indian government.

Other legal veterinary drugs such as Nimesulide – widely used in India – and Ketoprofen, both found to be lethal in vultures, are legal for veterinary use. Some other non-steroidal anti-inflammatory drugs (NSAIDs) – all Diclofenac-type medicines – have never been tested on vultures by pharmaceutical companies or governments.

But now the vulture action plan recommends clinical trials on scavenging birds for all NSAIDs and recommends that their manufacture should be contingent on the drugs passing the test. The plan also creates a new pathway for prohibition: drugs determined to be lethal to vultures by a scientific study published in a journal of international repute can be withdrawn from the veterinary market.

“It is an incredibly ambitious plan. And if they [the government] achieve in the next five years everything they have said that needs to be done, then vultures will be in a far healthier position in five years’ time than they are now,” said John Mallord, senior conservation scientist at the Royal Society for the Protection of Birds and one of the authors of the covert pharmacy surveys paper.

India’s effort to protect its last white-rumped vulture populations will hinge on its ability to enforce the five-year strategy, Prakash of BNHS agreed. “We have to follow the plan. We can’t have a casual attitude.”

Releasing vultures into the wild

Meanwhile, the other face of the conservation effort continues – to breed vultures and release them into the wild. Breeding stations like Pinjore feed wild vultures to help familiarise captive-reared birds with their wild counterparts. “We have been getting about 200 wild vultures over three years of feeding them, and there have been very good interactions between the captive and wild vultures,” said Prakash.

Still, when the eight birds were released, they stayed inside the aviary for many hours after the nets were opened. Meanwhile, wild vultures continued to visit. “The birds didn’t go out for two days at all, the wild birds would come, and gradually they [the captive vultures] started going out,” said Prakash.

The satellite tags on the eight white-rumped vultures help the Pinjore centre staff monitor their movements – where they roam, what they eat. “We are still monitoring them, keeping an eye on them,” Prakash said four months after the release into the wild.

By February 2021, the eight birds hover on their own – about 50 km from the aviary. They haven’t joined the wild vultures yet. “Although they fly with them, they sit in different areas,” Prakash said, “We are still providing food, although some of them have started finding food. And so far, there is no drug-related mortality, which is very good.”