The Asian elephant, the biggest land animal on the continent, needs space. Elephants’ home range can be as large as 800 square kilometres. To create habitat for these huge endangered mammals, in the early 2000s the Indian government established elephant reserves, ranging in size from hundreds to a thousand square kilometres. Today, these reserves are under threat.

The state is pushing forward projects that will take chunks out of elephant habitat. As well as expanding infrastructure like airports, there is encroachment from coal and oil extraction. But citizens are starting to stand up for elephants.

Assam has more than 5,700 elephants, and is the state with the highest number per square kilometre, according to the first ever national-level elephant census undertaken in 2017. An Assamese is far more likely to see an elephant than any other person in India, making elephant reserves an emotive issue.

Recently, these contending forces clashed in Assam – with a surprising outcome. The government was considering opening up Dehing Patkai Elephant Reserve to coal mining, but colourful, sustained and determined protests by locals forced a turnaround.

Braided by the Dehing river, a tributary of the Brahmaputra, the Dehing Patkai Elephant Reserve covers an area of 937 square kilometres. It includes complex rainforest aflush with orchids, birds, tigers and elephants. The towering hollong (the state tree of Assam), the white-winged wood duck (the state bird) and the foxtail orchid (the state flower) are all found here.

Since 2003, this area, and its inhabitants, has been threatened by illegal coal mining. Coal India Limited (CIL) was fined for this in 2019. Yet in a meeting in April 2020, India’s National Board for Wildlife (NBWL) recommended that CIL should still be awarded a contract to mine in the area, as long as it fulfilled certain conditions. One of the reasons mining should continue in the area, the NBWL said, is because it has already been broken up by mining.

Citizens, already incensed over illegal coal mining in the past, protested at demonstrations and on social media. Hashtags like “I am Dehing Patkai” spread quickly.

The pressure was enough that Sarbananda Sonowal, chief minister of Assam, declared in July 2020 that Dehing Patkai Wildlife Sanctuary, a 111-square-kilometre protected area within the elephant reserve, would be made into a national park – a designation even higher than a sanctuary. In June 2021, nearly a year later, Assam’s forest minister Parimal Suklabaidya said at a press conference that the sanctuary had been notified as a national park.

Meanwhile, two other facts are immediately clear. First, Dehing Patkai has had illegal coal mining. This urgently needs tackling. The Assam state government ordered a judicial probe in July 2020, but there seems to be little thinking on how to deal with such a major challenge. 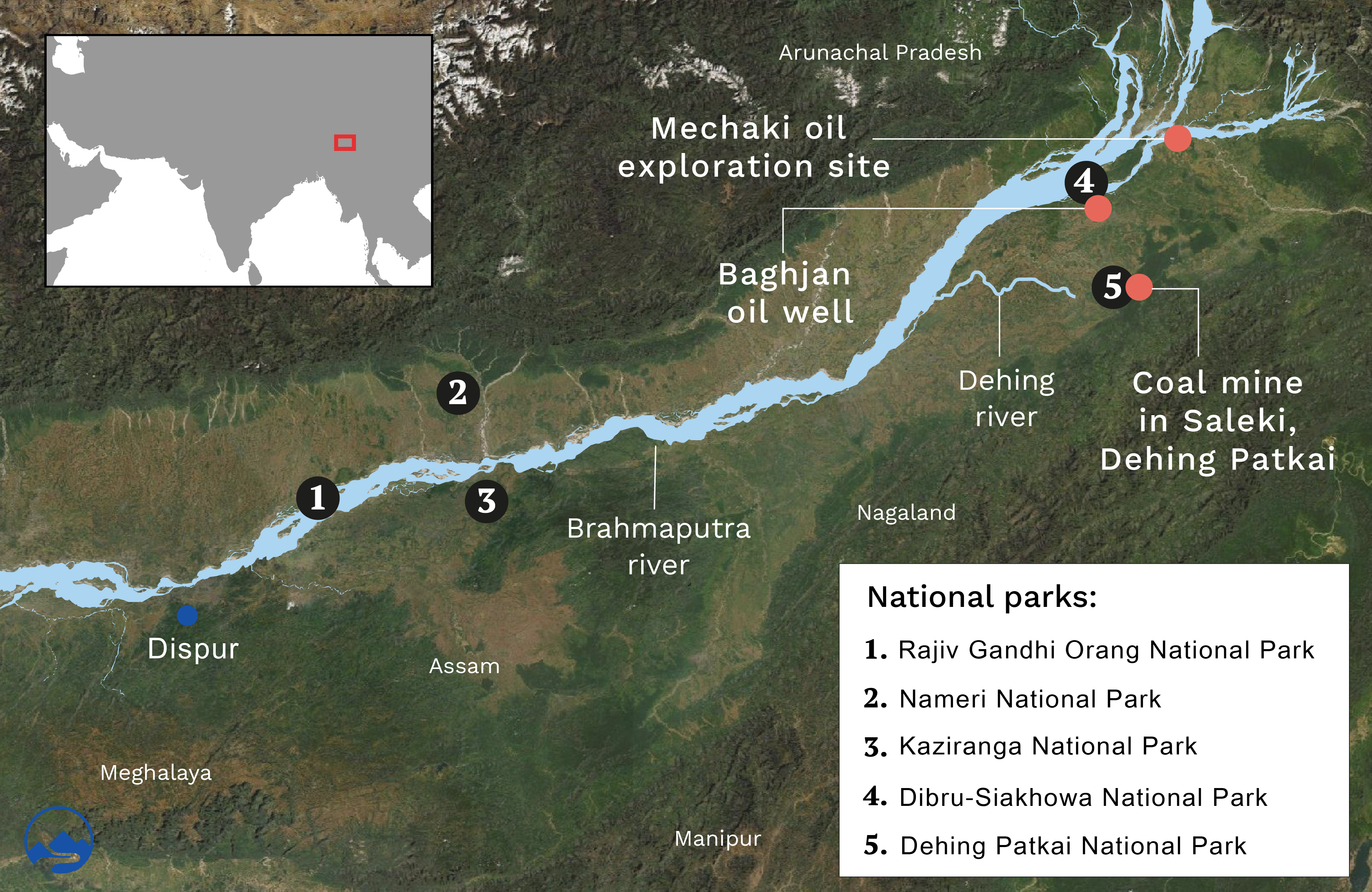 And elephant reserves are not just in danger in Assam. In January 2021, the state of Uttarakhand denotified the Shivalik Elephant Reserve to enable the expansion of Dehradun’s Jolly Grant airport. After pushback from civil society, the Uttarakhand High Court asked the state’s chief wildlife warden to explain what measures will be put in place to preserve Shivalik reserve.

All of this raises the question: what does protection as an elephant reserve actually mean?

What elephant reserves mean, and what they don’t

These reserves were a means of land-use planning to “protect elephants, their habitat and corridors” and to “address issues of man-animal conflict”, according to the Ministry of Environment, Forest and Climate Change. But this was understood as a ‘soft instrument’ towards protection.

An elephant reserve does not have the formal legal protection of a sanctuary. They are not included in the Wildlife Protection Act, 1972. Under the act, only work for the protection of wildlife is allowed in wildlife sanctuaries, and people entering, or living within them, are strictly regulated. This is not true of elephant reserves, which are an administrative, not legal, category.

Because some of these areas are rich in coal and oil, there is pressure to allow mining in them. The government has tried to both maintain reserves and allow mining – with the result that the animals are losing out. Whether mining can ever be conducive to elephant conservation and the integrity of elephant reserves is being questioned: the National Green Tribunal, India’s environmental court, is currently reviewing an appeal challenging the clearance given to Mechaki in the Dehing Patkai Elephant Reserve.

While governments have a patchy record on protecting elephant reserves and corridors, some jurisprudence is showing the way. In a judgement last year on construction in an elephant corridor in Nilgiris, Tamil Nadu, the Supreme Court of India said: “We have no hesitation in holding that in order to protect the elephant population in the Sigur Plateau region, it was necessary and appropriate for the state government to limit commercial activity in the areas falling within the elephant corridor.”

Ritwick Dutta, an environmental lawyer and founder of the NGO Legal Initiative for Forest and Environment (LIFE), said elephant reserves need to be given importance even if they are not a part of the Wildlife Protection Act, 1972. “The fact that an area has been declared as an elephant reserve means that elephants should be at the centre stage while planning for the area. Merely because it is not a legal category or not constituted under a statute does not mean that it is of no consequence,” he said.

For instance, Dutta said, a state’s cabinet is not a statutory or constitutional body. Nevertheless, nobody can deny their importance. Ideally, he said, “The long-term goal should be to include elephant reserves in the Wildlife Protection Act, 1972.”

What can be done?

Elephants need all the help they can get. In addition to fossil fuel projects, they face fencing and habitat fragmentation. In December 2020, three elephants were killed by electric fences; one was pregnant. In May 2021, 18 elephants were killed, reportedly by lightning strike on an exposed mountainside.

How then, can elephant reserves work as a category in Assam?

Conservationist Kaushik Barua said: “Elephant reserves would only work if things are taken up at landscape level. Most of our elephants are in unprotected areas. We need to redraw our conservation actions based on how many elephants are there in a landscape, in relation with how much space they need to occupy. We need to secure, and keep secured, whatever is left of elephant areas. For this the judiciary would probably need to intervene to set things right.”

The long-term goal should be to include elephant reserves in the Wildlife Protection Act, 1972

“It is a huge problem that elephant reserves and elephant corridors do not have legal recognition,” said Bibhuti Lahkar, a conservationist who works with NGO Aaranyak and is a member of the IUCN Species Survival Commission Asian Elephant Specialist Group. He added: “To be able to conserve elephants, we need to understand their ecological needs. They are good grazers and browsers. We need to grow all manner of grasses and plants for them. This includes drier grasses, marshy grasses. The community looks at elephant as vermin – people need compensation for losses on time. We need to develop ownership within the community in elephant reserves, such as creating elephant squads which comprise local people, not outsiders.” 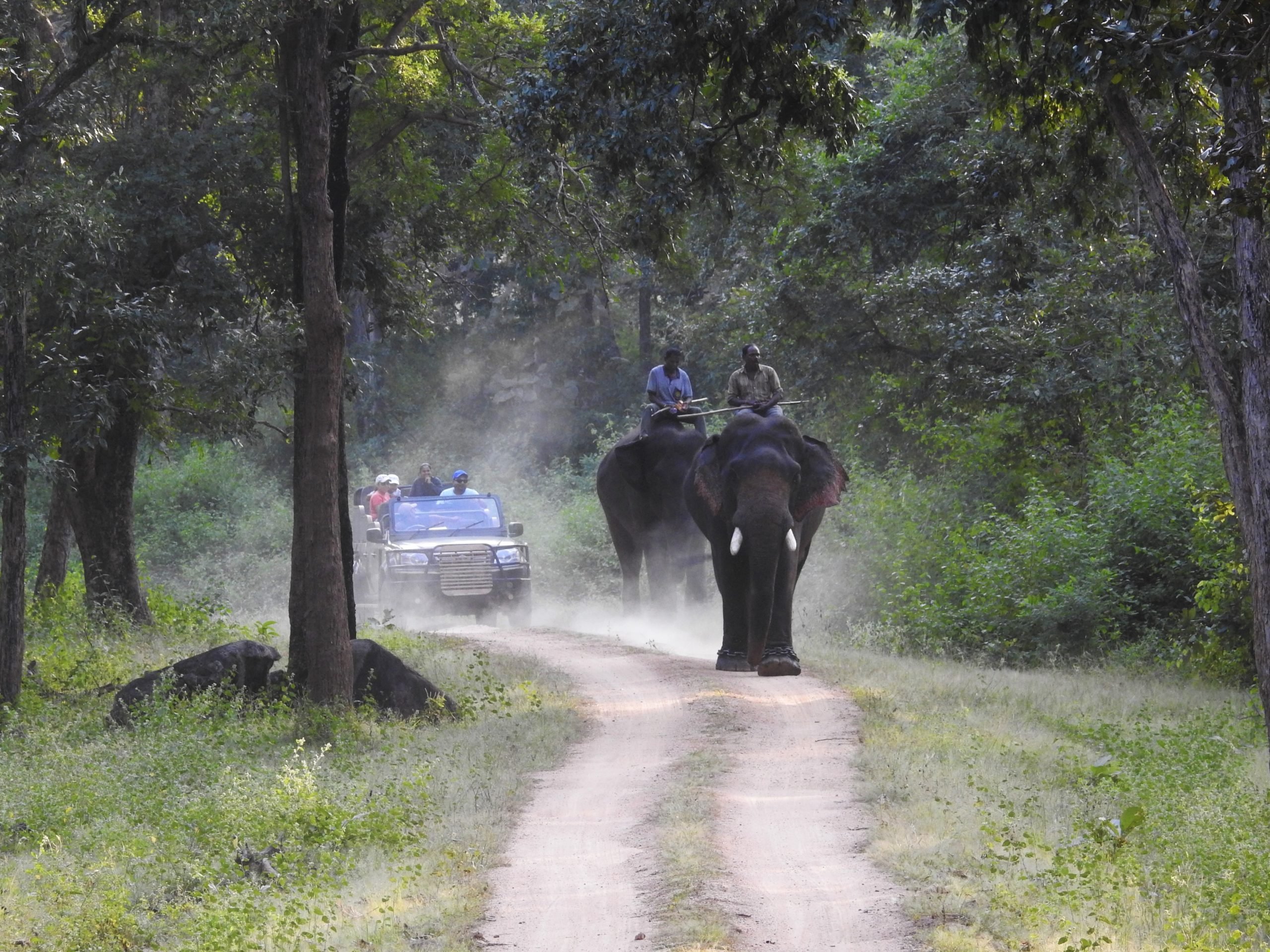 He also said government departments need to work together. “Currently, it is the forest department that works on elephants. We also need the active involvement of the electricity department, because one of the primary causes of unnatural elephant deaths is electrocution by illegal fencing. People are electrifying fences using hooks on main electricity lines.”

It seems unlikely that many more protected areas will be formed, as the process to notify them is long and the government appears keen to allow large extractive projects. As an immediate measure, restrictions on the use of land within elephant reserves can be imposed. One way to do this is under the Environment Protection Act, 1986, which empowers the central government to take all measures necessary to improve and protect the environment.

As fences come up, and miners move in, the elephants are still waiting for us to grant them space.

Release of Kaavan the elephant reignites zoo debate in Pakistan