In late April, environment ministers from eight countries of the Hindu Kush Himalayan region were supposed to gather for a rare meeting in the capital of Nepal, Kathmandu. They were due to discuss cooperation and science-based policymaking in the region. Unfortunately, the Covid-19 pandemic disrupted the event, which was coordinated by the International Centre for Integrated Mountain Development (ICIMOD), a regional intergovernmental organisation based in Kathmandu.

It took organisers more than two years to convince the ministers from China, Bhutan, Nepal, India, Bangladesh, Pakistan, Afghanistan and Myanmar to come together and discuss common environmental problems and possible solutions.

“We are hopeful that all countries will come to the meeting with more commitments when we possibly do it next year,” said Philippus Wester, coordinator of the event and the lead editor of The Hindu Kush Himalaya Assessment: Mountains, Climate Change, Sustainability and People, an important scientific report. Bringing policymakers together in a forum like this is a herculean task in a region that is highly divided and where distrust runs deep.

But, in the middle of the pandemic, a border dispute between India and China flared up in the Himalayan region of Ladakh. The worst clashes for 45 years occurred, with soldiers from both countries killed. Border tensions between Nepal and India have also reached new heights in the past few months, as both countries claim territory near Lipulekh in the Mahakali river basin in the north-western tip of Nepal – a tri-juncture between India, Nepal and China. Nepal’s parliament just endorsed a new map that includes the disputed territory, and India did the same last year.

Scientific culture is yet to have its place in this region’s diplomacy and that’s the major problem,

The Hindu Kush Himalaya (HKH) is the source of Asia’s 10 largest rivers and has one of highest levels of diversity of flora and fauna in the world. With four out of 36 global biodiversity hotspots, the region boasts more than 35,000 species of plants and over 200 species of animals. Rich in biodiversity, the region is equally poor on cooperation and collaboration to protect and conserve its natural wealth, as well as support the livelihoods of millions who depend on it. 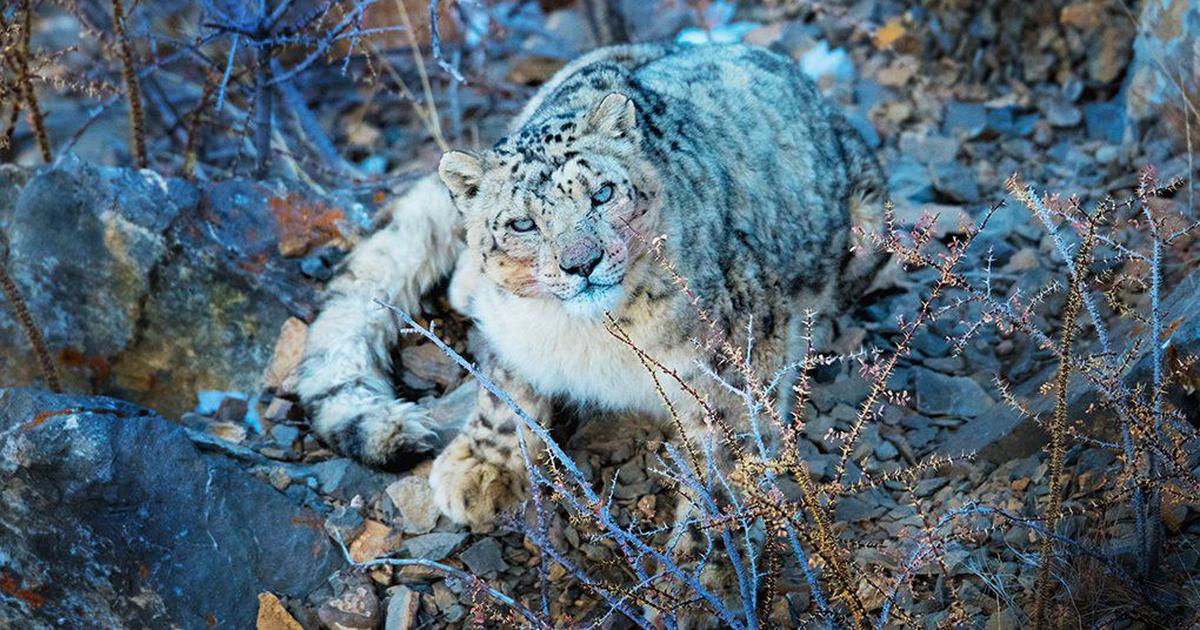 The endangered snow leopard is one of the animals that make up the Himalayas’ rich biodiversity [image by: Himachal Pradesh Wildlife Department]

The paucity of scientific cooperation was revealed in the Intergovernmental Panel on Climate Change’s (IPCC) fourth assessment report, released in 2007. The report identified the whole Himalayan region as a black hole for data, with no consistent long-term monitoring in a region warming much faster than the global average. After the report was published, the countries of the region committed to cooperate on research to quantify the impacts of climate change. But there has been little action over the past decade. In 2014, when the IPCC released its fifth assessment report, the same problems remained.

International criticism had put some pressure on these governments, but there was little progress despite warnings from the scientific community about the severe consequences of not having adequate information for evidence-based policymaking.

Scientists working in the region say things have improved slightly in recent years. “From my experience, most scientists from the region work well together and we have a common goal, which is trying to understand how the atmosphere, the cryosphere and the hydrosphere interact. In addition, we all aim to quantify how climate change will impact the region’s water resources, which is of key importance to millions in the region,” said Walter Immerzeel, who leads the mountain hydrology department at Utrecht University in the Netherlands and has been researching the Himalayas for many years. “There is of course the everlasting issue of data sharing between countries, but over the years things have improved, albeit slowly, and everyone respects each other’s constraints,” he added.

Data sharing between the countries is weak and hampered by data-secrecy policies. Researchers and activists have been demanding open data sharing but the governments, concerned with national security issues, have turned a deaf ear.

Some experts say cooperation is easier said than done. “To be frank, scientific culture doesn’t have deep roots in this region. The problem is that the countries think somebody else will use the science that they are doing, and that’s wrong. Science ultimately benefits others beyond borders. Scientific culture is yet to have its place in this region’s diplomacy and that’s the major problem,” said Dipak Gyawali, Nepal’s former water resources minister and a noted water resources expert.

The region is also one of the most militarised in the world. Research organisation the Fund for Peace’s 2017 Fragile States Index gave five of the eight countries in the HKH region alert status. The same year, think-tank the Institute for Economics and Peace ranked four of them from low to very low in terms of relative peacefulness.

“Against this backdrop, working together to better manage shared resources could yield important dividends that go beyond immediate development benefits, including improved understanding among countries and long-term peace building,” wrote David Molden,  director-general of ICIMOD in a paper published in 2017.

Tens of thousands of kilometres of roads and military infrastructure already exist in the Himalayas. The multibillion-dollar China–Pakistan Economic Corridor project that is underway, which will link Xinjiang province in China with Pakistan’s Gwadar port on the Arabian Sea, could pave another 3,000 km of roads, railway and oil pipelines. Similarly, India’s Border Roads Organisation is building 3,400 km of strategic border roads.

Political leaders are busy using external threats to distract people from problems at home. “Invoking the external threat is a tried-and-true method for politicians to deflect away domestic criticism, particularly in those parts of Himalayan Asia where such messaging finds ready audiences. These motives… predispose national governments toward unilateral river use and away from joint river management,” the academics Peter Engelke and David Michel wrote in their book Ecology meets Geopolitics, which was published last year.

Even if governments are at loggerheads, experts believe that scientific cooperation will continue to take small steps forward. “In the last 37 years since ICIMOD was established, I don’t think any tensions between the member states have halted our work but of course things may get a little difficult,” said Wester. “However, Covid-19 has shown it is more urgent than ever. I hope that countries will continue to foster cooperation despite current turmoil.”

The HKH region has a population of approximately 250 million people, and supports almost two billion people who are dependent on the rivers that flow through, and down, from them. It is also a region particularly rich in biodiversity. All of these are under threat. “Militarisation, land-use changes, and habitat destruction and fragmentation across the Himalaya are likely to push several species with small populations to extinction. Diplomacy is their only hope,” Maharaj K Pandit, an environmental scientist at the University of Delhi, wrote last week.

In addition to endless border disputes, experts think that changes to the global aid regime in the wake of the pandemic will have an impact on transboundary scientific cooperation. “The current framework of cooperation is likely to change not only because of border tensions but also due to virus-induced economic turmoil, especially in the West which has been key to supporting several transboundary initiatives. With no possibility of more funding from member countries hard hit by the virus and less interest or support from the West, science is definitely going to be impacted,” said Gyawali.