In a scene reminiscent of a gangster film, armed men clad in black guard a bulldozed wheat farm, where newly sprouted saplings have been uprooted and left to rot. A couple of black pickup vans are parked nearby, while dust from the field hangs thickly in the autumn air.

These men represent the Ravi Urban Development Authority (RUDA), a government entity set up in 2020 to oversee the development of a new city along the Ravi River in northern Pakistan. In November 2022, they are on a mission to acquire land for the project in Ferozewala in Punjab’s Sheikhupura district, on the outskirts of Lahore.

The new megacity, inaugurated by former prime minister Imran Khan in August 2020, is intended to provide residential, industrial, commercial and recreation zones on both banks of the river for a population of 10 to 12.5 million people (equivalent to Lahore’s current population).

Today, the Ravi River is highly polluted, with a recent study naming it as the worst in the world in terms of pharmaceutical pollution. RUDA claims the project will revive the polluted river as a freshwater source through the construction of barrages and lakes.

RUDA has already signed MOUs worth USD 1.4 billion with firms based in the UAE and China, as well as Pakistani companies, to develop some of the project’s components. Information on the plan’s current status is hard to come by, but progress on RUDA’s first project is evident: plots appear to be available for purchase at Chahar Bagh, a new gated community near Lahore, constructed by RUDA.

Speaking with The Third Pole, Imran Amin, CEO of RUDA, said that the development is necessary to accommodate the area’s growing population, as the urban sprawl has expanded beyond Lahore’s boundaries and exceeded the capacity of the city’s infrastructure. “A total of 4,500 acres needs to acquired for barrages. Other than land for barrages we will not be required to acquire more land,” said Amin. 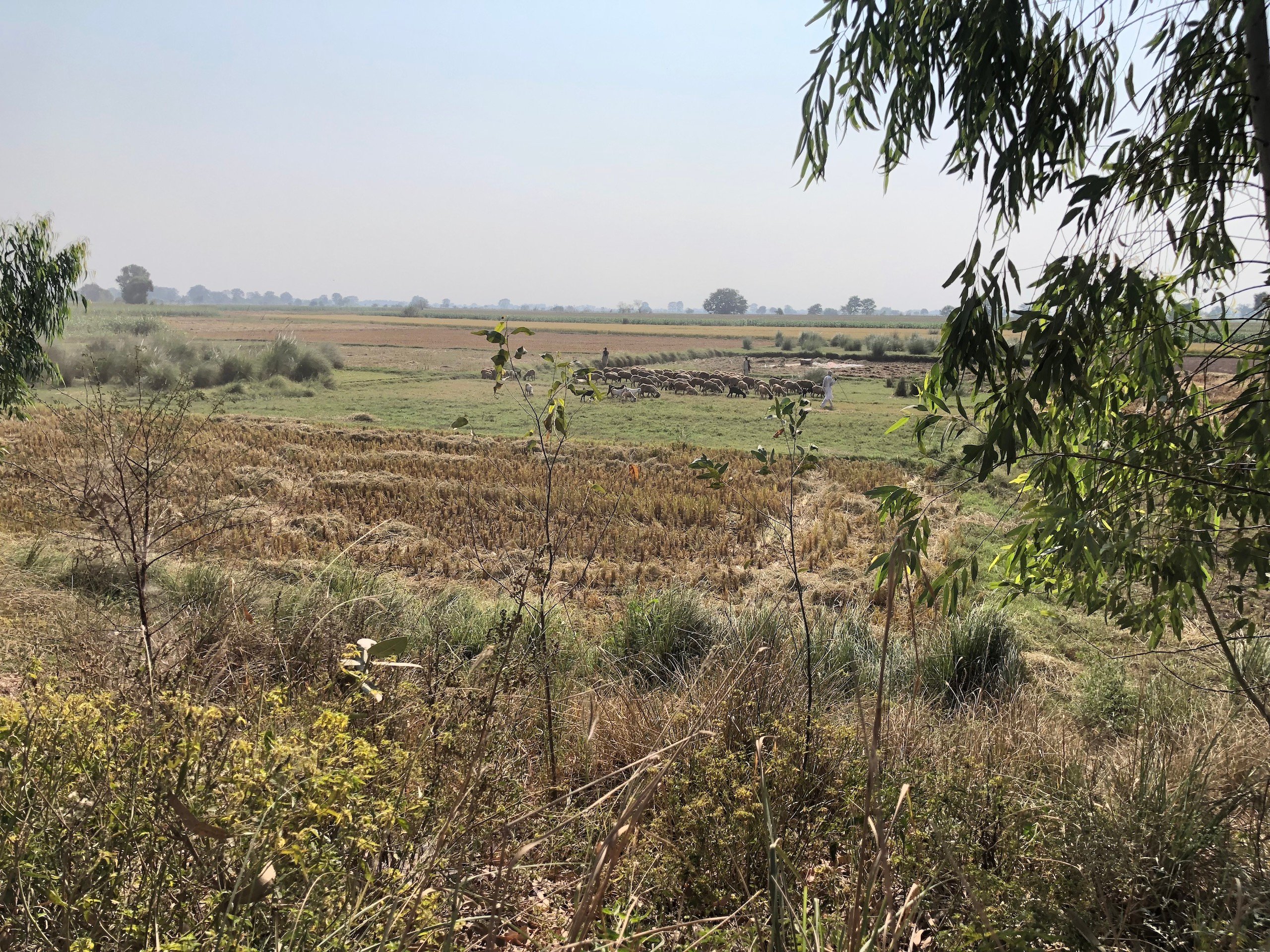 “The project is conceived to support the environment by increasing green cover,” he added, referring to “eco ponds, wetlands, wildlife sanctuaries” and other plans which RUDA says will be constructed.

But the process of land acquisition for the project has been met by fury from local farmers, who have cultivated agricultural land along the Ravi River for centuries, prompting arguments over ownership.

Who owns land by the Ravi River?

“I sow about 125,000 plants a year, and if they can assure me they will install as many air pollution and water treatment plants to fight environmental degradation, I will happily present my land to them. I would not like my farms to be converted into a concrete urban jungle,” Suleman Sajjad Warraich, a local landowner, tells the Third Pole.

Suleman Warraich says that his family owns about 630 acres of fertile farmland in Muridke, about 30 km from Lahore. They grow potatoes, wheat and maize, as well as fruits and vegetables.

Warraich says that the wheat field razed by the RUDA team in November 2022 belongs to his daughter. RUDA, however, claims the land is owned by the state, hence they can acquire it for the megaproject. Warraich also says his crops of potatoes and pumpkins have been destroyed twice in the last six months, to discourage him from farming land that RUDA claims belongs to the state.

“They take away our men, confiscate water pumps, and register police cases against us. Four FIRs [First Information Reports] have been registered against me for cultivating and protecting my family land that RUDA wrongly claims is state land,” he says.

“RUDA has bulldozed my maize, wheat, pumpkin and potato crops,” says Saad Warraich (no relation to Suleman), a lawyer and farmers’ rights activist, whose family owns some 63 acres of agricultural land in Mouza Katchi Kotli, around 20 km from Lahore.

Forty-year-old Nasreen, a mother of four children, works on Suleman Sajjad Warraich’s farm, picking potatoes, lemons and other seasonal crops for PKR 500 (less than USD 3) a day. She says that when RUDA bulldozers destroy crops, “we have nothing to pick, no daily wage to earn and no food to feed our children”. 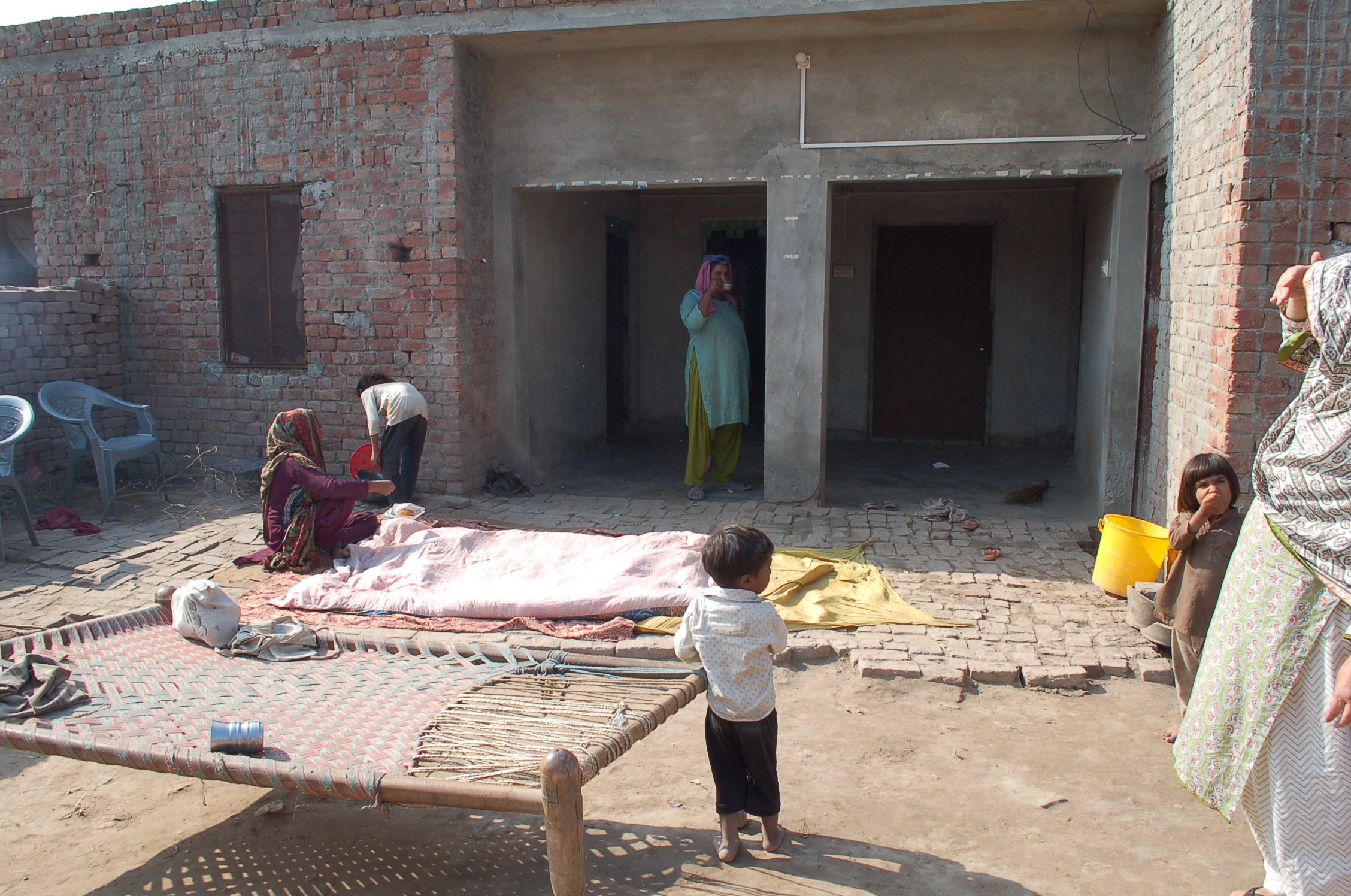 Nasreen fears that if the farm is taken over by RUDA for the development of the new city, she will have to find a new home and another farm to earn a living. “Where will we go? How will we get our children married off? What will we eat if developers acquire these farms?”

In 2021, Pakistani non-profit the Public Interest Law Association of Pakistan (PILAP), took the Ravi city case to the Lahore High Court to challenge the legality of this land acquisition process. On 25 January 2022, the Lahore High Court declared that the process of land acquisition was ‘ultra vires’ (beyond RUDA’s legal authority) and offensive to environmental laws.

But just six days later, on 31 January 2022, Pakistan’s Supreme Court suspended the High Court ruling, and allowed RUDA to continue construction activity – but only on land that had already been acquired, and whose owners had been compensated.

“The RUDA claim that the land is state-owned is incorrect because the Lahore High Court struck down the land acquisition process and award made by RUDA. The Supreme Court has allowed development on land that RUDA acquired, compensated farmers, and took possession before 31 January 2022,” says Saad Warraich.

Also in October, PILAP submitted a petition to the Lahore High Court to challenge the Ravi Urban Development Authority (Amendment) Bill 2022, passed by the Punjab Assembly on 7 September. Alam says the bill “grants additional powers to RUDA to conduct land acquisition, as it states that all acquisition for RUDA will be considered to be in public interest”. The petitioners questioned the legality of forcible acquisition of land for commercial purposes under the Land Acquisition Act, 1894, claiming that depriving farmers of their land would be an infringement of their fundamental rights. They also questioned the legality of the project’s environmental impact assessment, which they allege was conducted by unregistered consultants.

In a December 2022 tweet, labour rights activist Ammar Ali Jan, who is working to support farmers’ rights in the Ravi River area, alleged that the Punjab government is offering a 700-kanal (87.5 acre) housing allocation to journalists in the RUDA area. “This is still a disputed project where farmers are resisting attempts to evict them. This is nothing but a bribe to shut down criticism of RUDA’s corruption,” he tweeted.

Amin, CEO of RUDA, said: “We are paying landowners more than the agreed deputy commissioner rate and in addition [giving them] a plot in the new Ravi city. Most of them have been compensated over the years.”

A ‘plan’ to damage the environment?

While the Ravi area was largely spared the catastrophic flooding that hit much of Pakistan this summer, that does not mean that severe flooding will not ever visit the area, especially as climate change makes weather patterns more intense and unpredictable.

In 2013, Vaqar Zakaria, who heads Hagler Bailley Pakistan, an Islamabad-based environmental consultancy firm, was among a team of experts engaged by the Asian Development Bank to develop a master plan for revitalising the Ravi River basin’s ecology, and consider pre-feasibilities of the Ravi Riverfront Development project in Pakistan’s Punjab province in 2013. “We proposed that it be developed in a manner that if a flood of 25 years strikes, the destruction is minimal.”

However, the PTI government did not adopt the proposal. Zakaria says that plans to build barrages, dams and lakes on Ravi River, which would constrict the flow of water, could lead to higher water levels upstream and to channels overflowing. “Water may flow over these constrictions and inundate parts of Lahore. This is what happened in Sindh this year. Once water overflows, it is difficult for it to return to the water channels. That is the risk the RUDA plan runs,” he says.

“As you urbanise rich farmland you also increase the paved area and hence [cause] greater run off and less groundwater recharge,” commented Daanish Mustafa, a professor in critical geography at King’s College London, on the Ravi city project’s implications for future flooding. “It is the worst thing you can do according to contemporary urban design theory and practice,” he says.