After years of legal tug of war, the mountain state of Himachal Pradesh could see a new relaxation of its urban planning rules, despite repeated warnings about the dangers of unfettered development on its cities’ fragile terrains.

According to a 2015 report on landslide vulnerability, most of the built-up areas in Himachal Pradesh, northern India, are in a high-risk zone. Seven out of 12 districts of the state fall in seismic zone V, the most vulnerable.

The state’s capital Shimla was planned by the British for a population of 16,000 but now has a population of 201,500, according to the last census carried out in 2011. Other cities and towns have also far exceeded their carrying capacity. Facilities such as water supply, sanitation, waste disposal and traffic management have not kept pace with rapid growth. Buildings have come up even over rainwater drains. 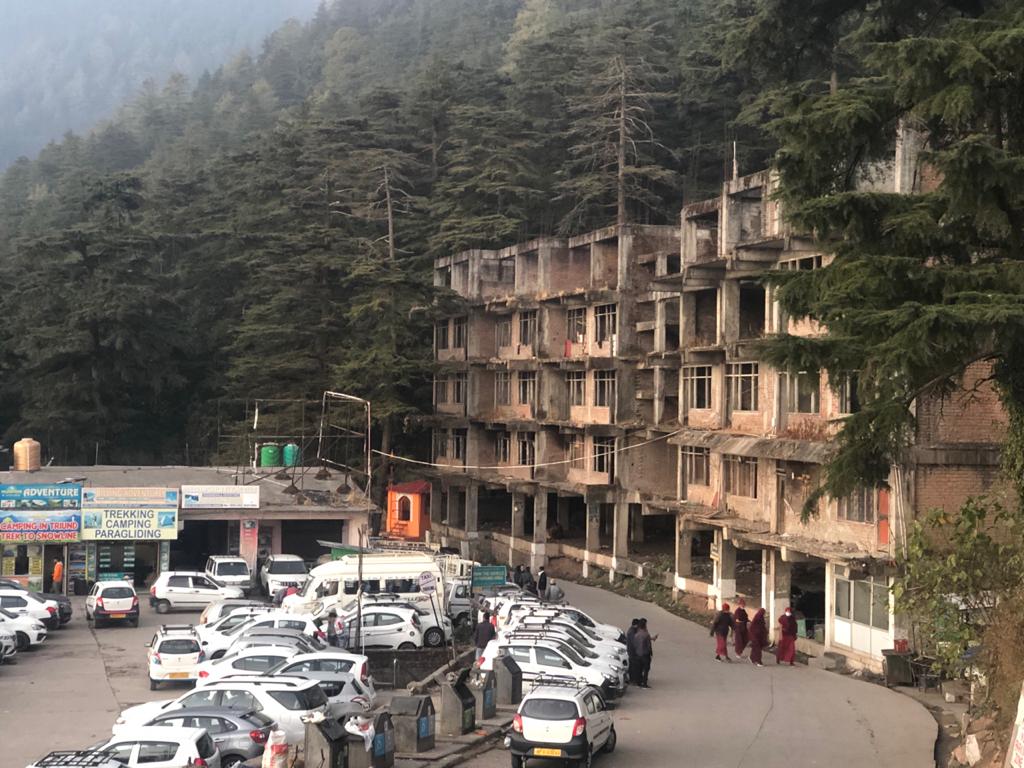 The Supreme Court ordered the demolition of this illegal structure in McLeodganj [Image by: Meenakshi Kapoor]

“In many fringe areas around the iconic cities, urban growth started before the areas came under the purview of the [planning] rules.” said Rohit Negi, Associate Professor at the Ambedkar University, Delhi who has conducted research on urban growth in the hill towns of Himachal Pradesh. “The authorities are then left with two options – either to regularise or disrupt the existing economies and livelihoods. These new parts of the city end up lacking essential services and face increased risks,” Negi added.

In 2019, India’s environmental court, the National Green Tribunal (NGT), acknowledged the lack of basic amenities and banned new construction other than residential structures in Manali and McLeodganj towns until facilities for waste management and water supply were developed.

The apex body for disaster management, the National Disaster Management Authority, mandates regular monitoring of the safety of lifeline buildings such as hospitals, schools, and fire service stations, but in Himachal Pradesh an audit has been pending for five years.

Despite the warnings, the government has recently issued a new amendment of urban rules, proposing to authorise local authorities and state governments to further relax safety norms, both for government buildings and private constructions.

Ashwani Sharma, a senior journalist from Shimla, links this amendment to municipal elections, which were held shortly after the draft was published. A study conducted in select areas of Shimla has also found that many multi-storey buildings built on high steep slopes are at risk of ‘substantial destruction during disasters’. 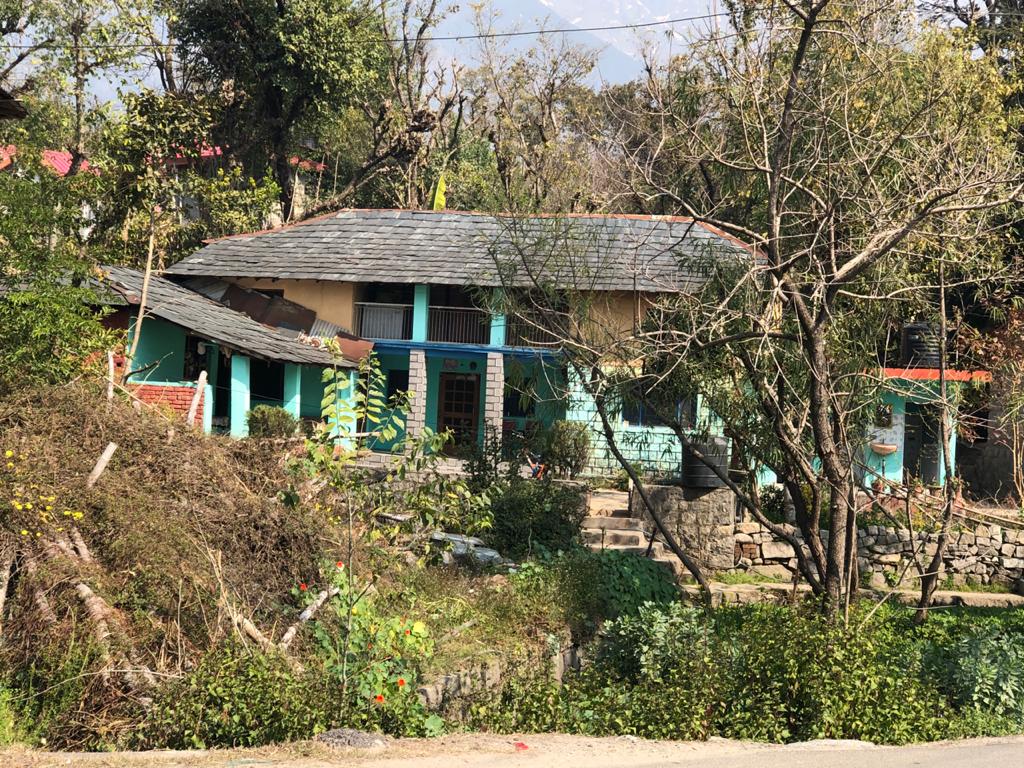 A traditional Himachali house in Dharamsala [Image by: Meenakshi Kapoor]

In India, state governments have their own rules to govern land use in cities and towns. These rules set parameters such as maximum height, number of floors, minimum open space around a building and parking space. The Himachal Pradesh Town and Country Planning Act (TCPA) dates back to 1977.

In almost all cities – including those in the Himalayas – such rules are frequently ignored. The state government has been working around the issue by relaxing rules and eventually legalising what had been illegal.

Stakes are high for Shimla

Most of Shimla perches on dangerously steep slopes. Authorities say that the city is extremely vulnerable to landslides and prone to earthquakes.

In 2017, the National Green Tribunal banned the construction of any new buildings in core, green and forest areas in Shimla, which has the highest number of illegal structures in the state, and restricted the number of storeys to two floors and an attic for buildings in other areas. The court did so as a preventive measure in the absence of scientific assessments and risk evaluation in different areas of the city.

The Comptroller and Auditor General of India, the government auditor, warned that  “haphazard construction of buildings with no space for providing relief and rehabilitation [in Shimla] may result in abnormally high casualties during disaster” and found that the disaster preparedness of the state was weak. As recently as June last year, a five-storey building collapsed in Chhota Shimla due to a weak foundation.

But the state government circumvented court-imposed restrictions. In 2018, it granted a year to offenders to demolish illegal structures, and eventually legalised them; and in 2019 it authorised structures initiated without an approved plan by altering the Town and Country Planning rules.

Even court decisions have been viewed critically.

“This limit of 2.5 storeys doesn’t allow cities to grow. This has a direct impact on people’s livelihoods,” said Deven Khanna, an advocate and resident of Shimla. “If vertical growth is not allowed, it will translate into destruction of the environment as the constructions will spread horizontally.” Urban planners too have not found the court-imposed blanket restrictions helpful. 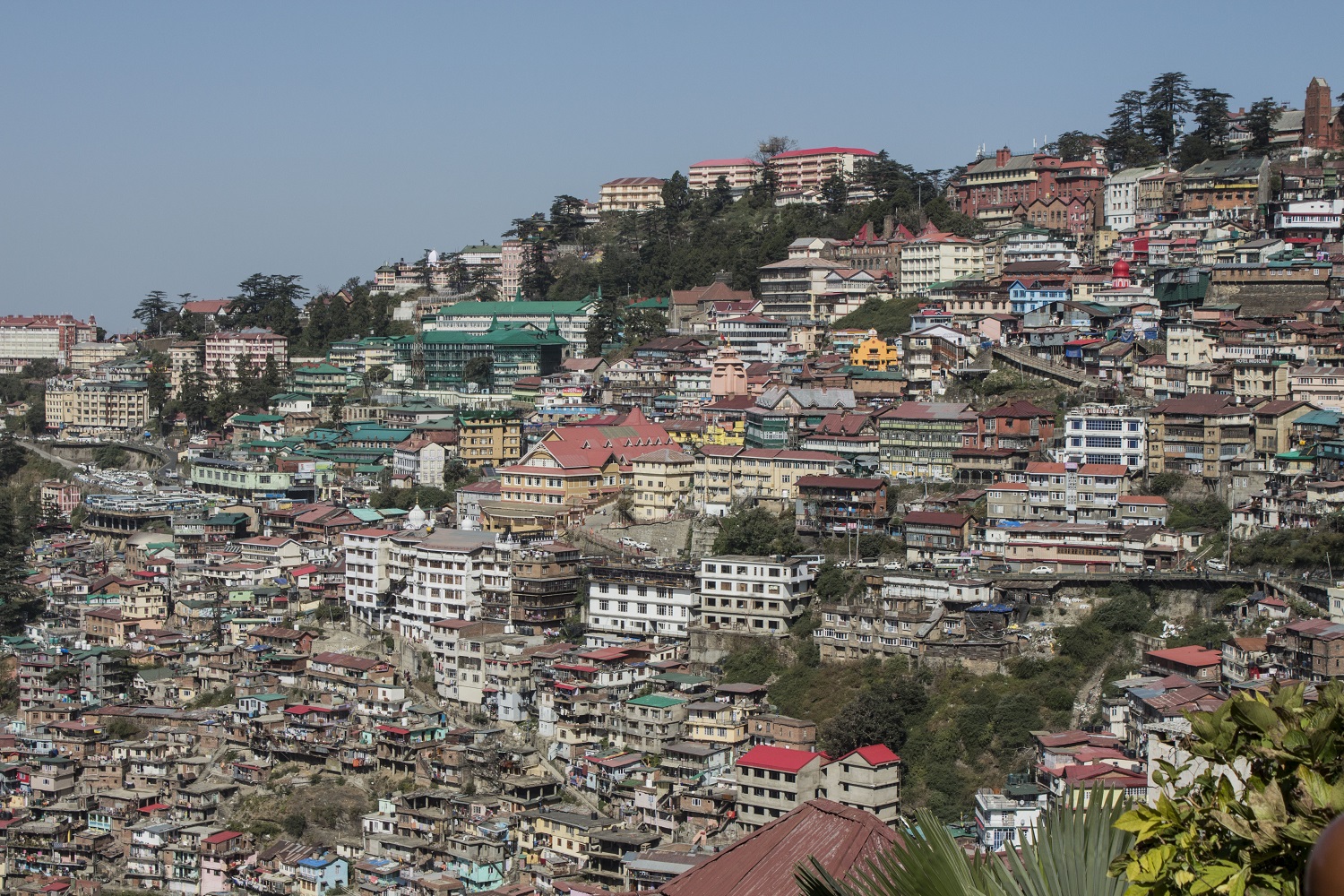 Tikendar Panwar, former deputy mayor of Shimla and convenor of the National Coalition for Inclusive Sustainable Urbanisation, feels that the court’s approach is arbitrary. “Certain parts of Himachal can withstand more storeys than two and a half and some need to be restricted at an even lower number,” he said. “Traditional Himachali homes have two storeys, for instance, and many buildings built in the British era have five-six storeys.”

The 2015 land use map of the Shimla Planning Area shows that only a tiny portion of the land is occupied by open spaces and parks. This may compromise relief and evacuation measures in the event of natural disasters. Due to the rapid growth of the city, Shimla is also falling short on water supply: the city now needs around 39 million litres a day, but only 30 million is available. Rural settlements, which are now part of the planning area, still depend on natural water sources for their needs.

Is there a way out?

Urban planners, local residents and scholars agree that one-size-fits-all approaches will not work for Himachal Pradesh. “We need distinct guidelines for different areas factoring in the vulnerability of sites, their geology and stability,” Panwar suggested.

The episode of acute water scarcity Shimla witnessed in 2018, which led the city to close its doors to tourists for the season, made news internationally. It was a sign of the challenges posed by unfettered urban development. “We need to rethink the philosophy of development so that it incorporates the aspects of human health, environment and climate vulnerability,” Negi said. On a practical level, “We need to engage the youth and locals in a democratic rethinking of their cities.”