Hussain Ali Rezaie takes a break from the backbreaking labour of working his land by hand. He expresses concern about a lack of snowfall this winter in his mountainous province of Bamiyan, in central Afghanistan – and what it might mean for his potatoes.

“The snowfall has changed so much in Bamiyan over the past 15 to 20 years. We used to have a lot but these days it’s very little in comparison,” says 60-year-old Rezaie. “This province is a good example of the impact of climate change.”

The winter has been uncharacteristically mild with minimal snowfall. Mohammad Ayoub, agriculture extension manager at the Directorate of Agriculture, Water and Farming in Bamiyan, told The Third Pole that the province has had approximately 65% less precipitation this winter than in normal years.

There are now concerns around water scarcity this year, as snowmelt is an important source of water for crops and irrigation. A shortage would be detrimental to the yield of water-intensive crops like potatoes. 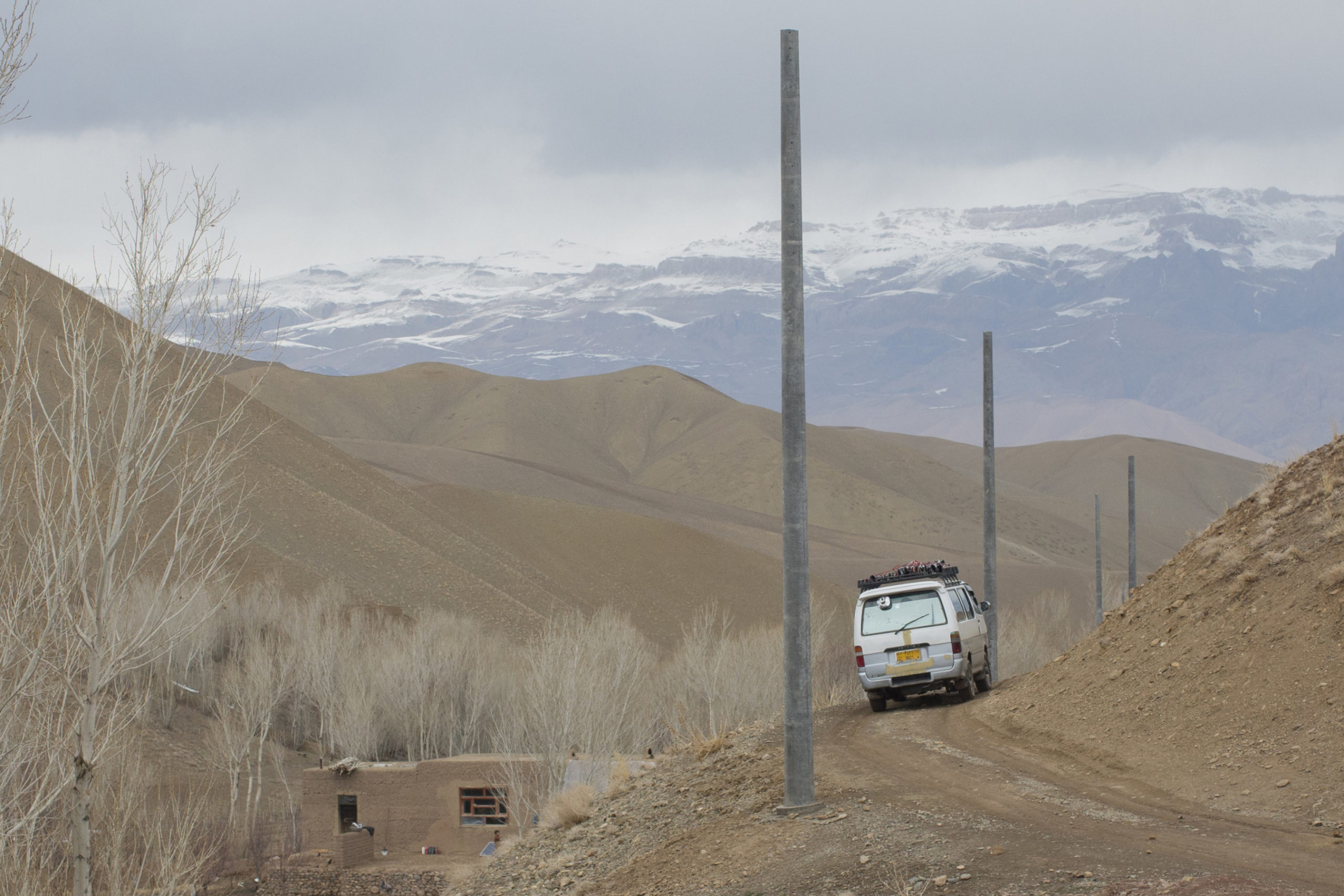 Rezaie rents his land and usually harvests around two tonnes of potatoes each year. His family of 10 rely on the modest yield to survive.

But the impact of this year’s unseasonal weather extends beyond Rezaie’s family. Bamiyan is the country’s biggest potato-producing province, supplying more than 50% of Afghanistan’s domestic demand. In a country where the majority of the population live below the poverty line, potatoes are a staple part of both people’s diet and the agricultural sector, which accounts for 22% of Afghanistan’s GDP.

“We know the only way to deal with a lack of water is to build dams and we’re in discussions with the [Ministry of Energy and Water] on this, but the government lacks the finance,” said Ayoub. 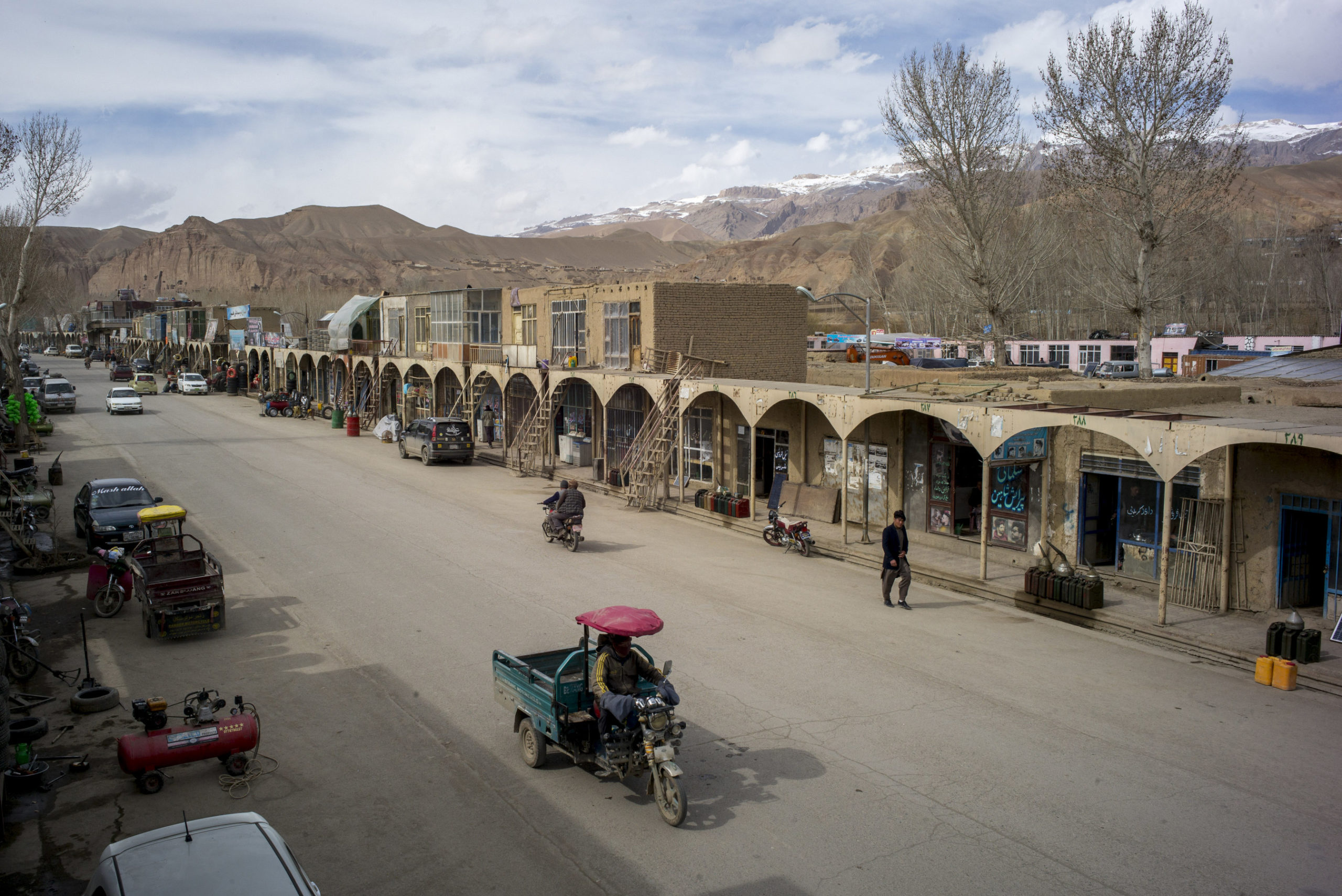 Bamiyan town centre, which is usually covered in snow this time of year (Image © Rick Findler) 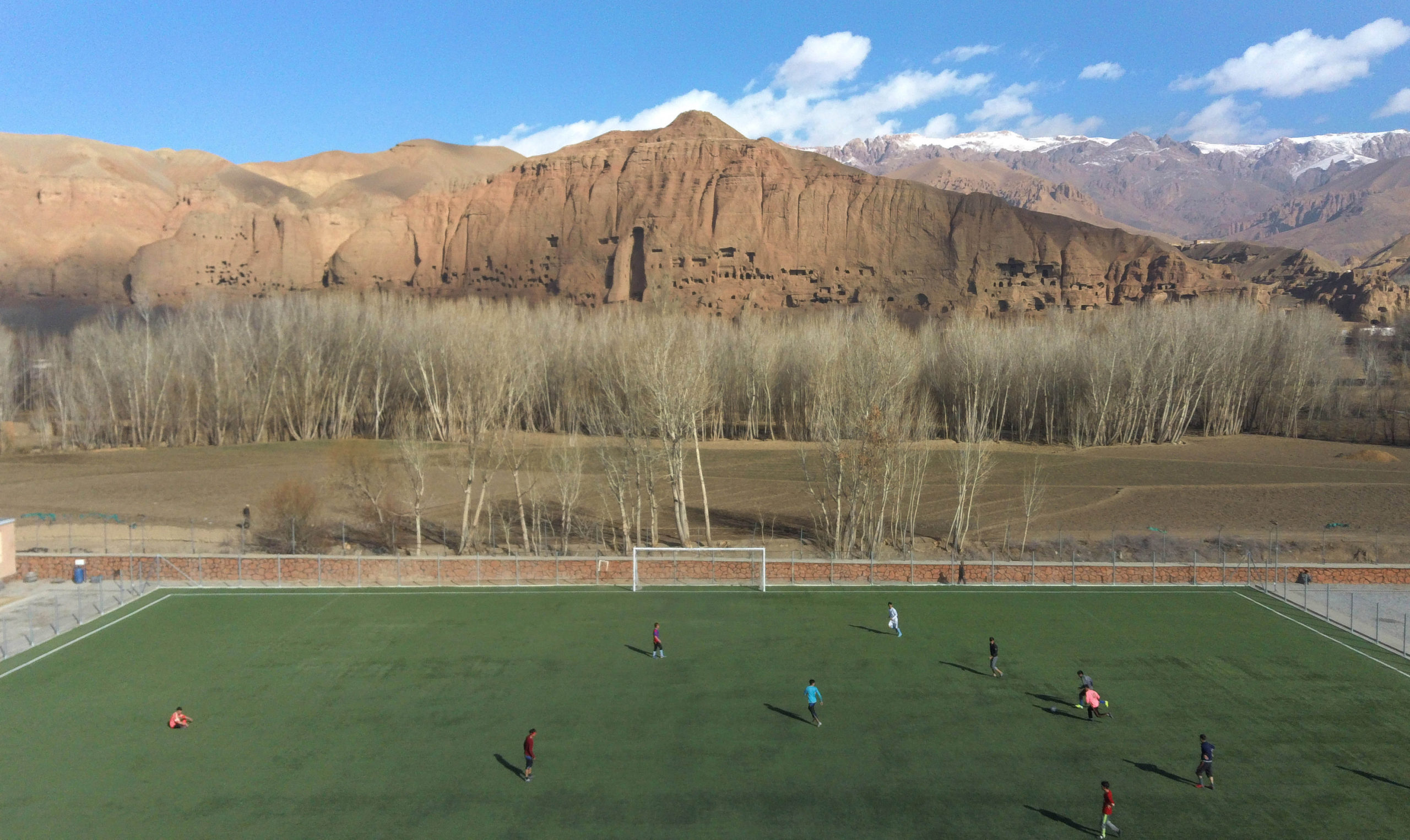 Steps have been taken to improve access to water across Bamiyan in recent years, including building and reconstructing canals to help farmers with irrigation. This month, reconstruction of the 10-kilometre Zarin Water Canal was completed, which will irrigate 400 hectares of land and benefit more than 200 families across the province. There are also plans for three small dams to be built, according to the National Water Affairs Regulation Authority of Afghanistan (NWARA).

And last year, the Horticulture Value Chain Development Sector Project was launched, a project funded by the Asian Development Bank to improve agricultural productivity and food security in Afghanistan. Under this, there are plans to implement technologies such as drip irrigation, and build more storage facilities to increase the shelf life of fruit and vegetables so as to reduce wastage. This project is effective across 11 provinces including Bamiyan.

But the impact of climate change in Afghanistan goes beyond potato farming. Forming part of the 3,500-kilometre-long Hindu Kush Himalayas, the country’s almost 4,000 glaciers are vital for Afghans in terms of supplying drinking and irrigation water. They are the main source of four watersheds across the Wakhan, Kokcha, Surkhab and Kabul river basins.

Research shows the country and its glaciers are warming faster than the global average: nearly 14% of the total glacial area was lost between 1990 and 2015. The Hindu Kush Himalayan region could lose more than 60% of its glaciers by 2100 due to rising temperatures, according to a 2019 report by the Intergovernmental Panel on Climate Change. Global warming, scientists say, is the major cause of this – a trend that is set to continue. Over time, water supplies will be disrupted and the likelihood of flooding will increase.

In 2018, two-thirds of Afghanistan was affected by drought, which led to people across 22 provinces being significantly impacted, exacerbating food insecurity and leaving 9.8 million people hungry, while displacing more than 260,000.

Conflict and insecurity remain the biggest issues affecting displacement, but natural disasters and climate change are frequent contributors to internal migration, as people lose fertile farmland to drought or floods. Afghanistan ranks as the 10th most vulnerable country to climate change on the Notre Dame Global Adaptation Index.

Afghanistan is one of the smallest contributors to greenhouse gases, making the decisions of the most polluting countries of utmost importance to its future climate security.

A combination of vulnerabilities

Melting glaciers are just one aspect of the country’s complex water scarcity problem. It is beset by water mismanagement, difficult relationships with neighbouring countries over water sharing, and faces the impact of urbanisation, made devastating by a lack of legislation over water use.

A lack of legal framework for water use is the biggest issue, said John Morse, country director at Danish Committee for Aid to Afghan Refugees (DACAAR), a non-profit organisation that supports sustainable resource management. He believes if legislation was implemented, it would help to halt the rapid deterioration of water access.

“Because water levels are depleting so dramatically, people are having to dig deeper for groundwater. The water level has dropped by up to 15 metres in some places,” said Morse. He added that given globally 70% of water used for irrigation, the potential impact on agriculture is very worrying. In some cases, people are digging as deep as 250 metres, which has a detrimental effect on the water table. The government has recently tasked NWARA with tackling this issue by monitoring use.

An attempt has been made to enact some sort of legal framework through the 2009 Water Law, which aims to regulate water use and hold the government more accountable when it comes to maintaining water supplies. Yet its effectiveness has so far been limited, mainly due to the “substantial gaps in the law’s scope […] and potentially conflicting provisions of the Civil Code relating to priority water uses” and a continued perception by the public of a corrupt judiciary system, according to a report by the United Nations Assistance Mission in Afghanistan.

NWARA spokesman Nizam Khpalwak said he is optimistic that plans for 44 dams country-wide will soon be signed off by President Ashraf Ghani. But Morse said dams are a short-term solution.

“There is still a massive environmental issue,” said Morse, adding that proper infrastructure is needed to direct rainwater to rivers.

Over the coming year, 800 projects aimed at increasing water access are due to be launched, according to Khpalwak. “Access to water is a priority for the government and increasing public awareness around water usage is a big part of that. We have a very busy year ahead of us,” he said.

The images used in this article cannot be republished without permission