At the recent polls in Punjab and western Uttar Pradesh, free electricity for groundwater irrigation was a major promise of all political parties. But enabling further extraction of groundwater in these breadbaskets does not change the fact that they are drying up.

The same picture is evident in adjoining areas of Haryana, the rest of Uttar Pradesh and Bihar. This is worrying given the four states cover most of the Indus and Ganga basins in India, and are the most populous and important food-growing areas in the country.

Groundwater overexploited in most of Punjab

‘Punjab’ literally means five rivers. Yet this riverine state, which is India’s breadbasket, is fast drying up. On 3 February, Bishweswar Tudu, India’s junior water minister, told Parliament that 78.9% of blocks in Punjab have been categorised as ‘overexploited’. A study published last year by Punjab Agricultural University (PAU) found that every year between 1998 and 2018, the water table fell by over a metre in 18 of the state’s 22 districts.

The PAU study cites changes in cropping patterns and intensity, increase in tubewells and reduced canal water availability as the major reasons for groundwater depletion.

Rajan Aggarwal, principal scientist in the department of soil and Water Engineering at PAU and an author of the 2021 study, said: “It is a simple case of high demand and low supply. The water demand is more and supply is less. The people and the government thought it best practice to dig tubewells and take water from the ground, which has proved to be the biggest mistake.” 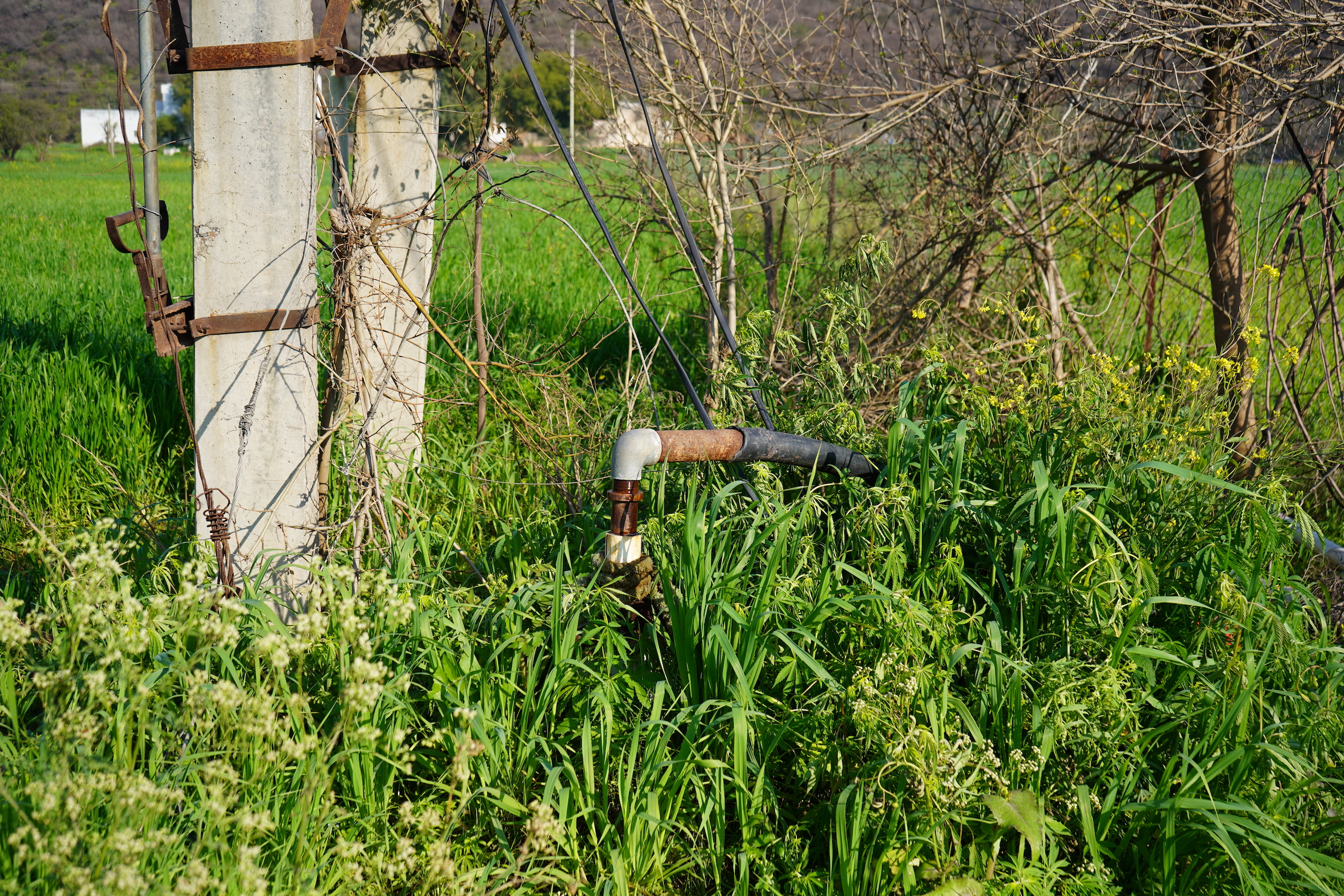 A borewell in Pataudi, Haryana. Water is found at a depth of 120 metres here and there is no canal water, so people have to pay large amounts to install borewells and tubewells. (Image: Kapil Kajal)

In 2020, in a first-ever village-level survey on groundwater, the Haryana Water Resources Authority (HWRA) reported that 25.9% of villages in the state are ‘severely groundwater stressed’ – 1,780 out of 6,885. In these villages, water levels in aquifers have fallen to 30 metres or below.

Keshni Anand Arora, chair of the HWRA, told The Third Pole: “People do not understand the need to save water. Future generations are looking at a dark situation because of groundwater decline. There are three possible reasons. The first is growing water-intensive crops like paddy and sugarcane. The use of groundwater is huge in irrigating such crops and farmers are extensively pulling out groundwater instead of using canal irrigation water given by us.

“The second reason is that industries in the state are using groundwater instead of [municipal] supply or canal water. The third major reason is climate change. The rainfall pattern has changed massively. Intense rains happen in a short period of time. This is a reason that aquifers are not recharging properly.” During heavy rainfall, water flows straight off the land and less percolates underground.

As of March 2020, 70% of Uttar Pradesh’s 822 blocks and 80% of urban areas were experiencing a sharp decline in groundwater levels, according to the 2021 State of Groundwater report.

VK Upadhyay, director of the state’s groundwater department, said: “The dependence on groundwater has increased extensively in the past few years. The population is increasing and surface water getting dirty. The behaviour of rainfall is erratic. Due to urbanisation, there is no scope for recharging aquifers and on top of it, people are misusing water. The irrigation sector uses 92% of our groundwater. With technology enhancement, people started using bores instead of surface water.”

In Bihar, the groundwater in 11 out of 38 districts have been categorised as ‘water-stressed’, according to a survey by the state’s Public Health Engineering Department (PHED). Analysis by the Indian Institute of Technology (IIT) Kanpur found a 2-3 metre decline in the groundwater level in several districts.

However, DS Mishra, engineer-in-chief at Bihar PHED, refuted that there is any groundwater shortage in Bihar. “We are monitoring groundwater carefully,” he said.

Saurabh Singh, founder of Inner Voice Foundation, an NGO that works on water problems in the Gangetic belt, said: “Due to the decline in groundwater, contaminants like arsenic, iron and uranium are seeping into drinking water.”

On the morning of 28 May 2021, Harmesh Singh of Chak Hariyal village in Punjab’s Hoshiarpur district went to work on his farm as usual. His wife Karamjeet Kaur told The Third Pole: “Like his normal routine, Harmesh went out for work. But we didn’t know he will never come back.”

Harmesh, 42, committed suicide near the tubewell of his farm. His wife said: “We took a loan of INR 3.2 lakh [about USD 4,250] for the installation of the tubewell. We were not getting any canal water. So, we needed that water for our crops. We have nearly three acres [1.2 hectares] of land but we barely meet our needs, forget loan repayment. He was pressured by that loan and took that step.”

In 2019, Ramkishore, a farmer from Banda district in Uttar Pradesh committed suicide, reportedly driven by the pressure of an INR 100,000 (USD 1,300) loan he took out to install a tubewell. In 2016, another farmer in Baghpat district killed himself. He was in debt and could not pay the electricity bill for the pump connected to his tubewell.

Nearly 35% of Punjab’s farmers are smallholders, with land holdings of less than two hectares. In Haryana, smallholders account for 68% of farmers, according to the 2010-11 agricultural census. Smallholders are often unable to pay their electricity bills, let alone their loan repayment instalments. A 2019 report found that 244,000 out of 610,000 farmers in Haryana had failed to pay the electricity bills for their irrigation pumps.

“I took a loan for that,” Singh said. “I could repay half the amount till now. It is not feasible for us to maintain a tubewell and pay back its loan at the same time.”

Paras Tyagi, co-founder of Centre for Youth Culture Law and Environment, a non-profit organisation based in New Delhi, said: “Willingly or unwillingly, the poor farmer has to install a tubewell either by taking a loans or selling a plot.”

Then there is the factor of family dynamics, he added, mentioning  one example where originally there was one tubewell in a field. “Then the field got divided among four brothers; three more tubewells were installed in the same area. They all started taking water from the ground which lowered the water table. As the water table fell, the cost of installing tubewells and the electricity cost increased. This is a long-term suicide model.” 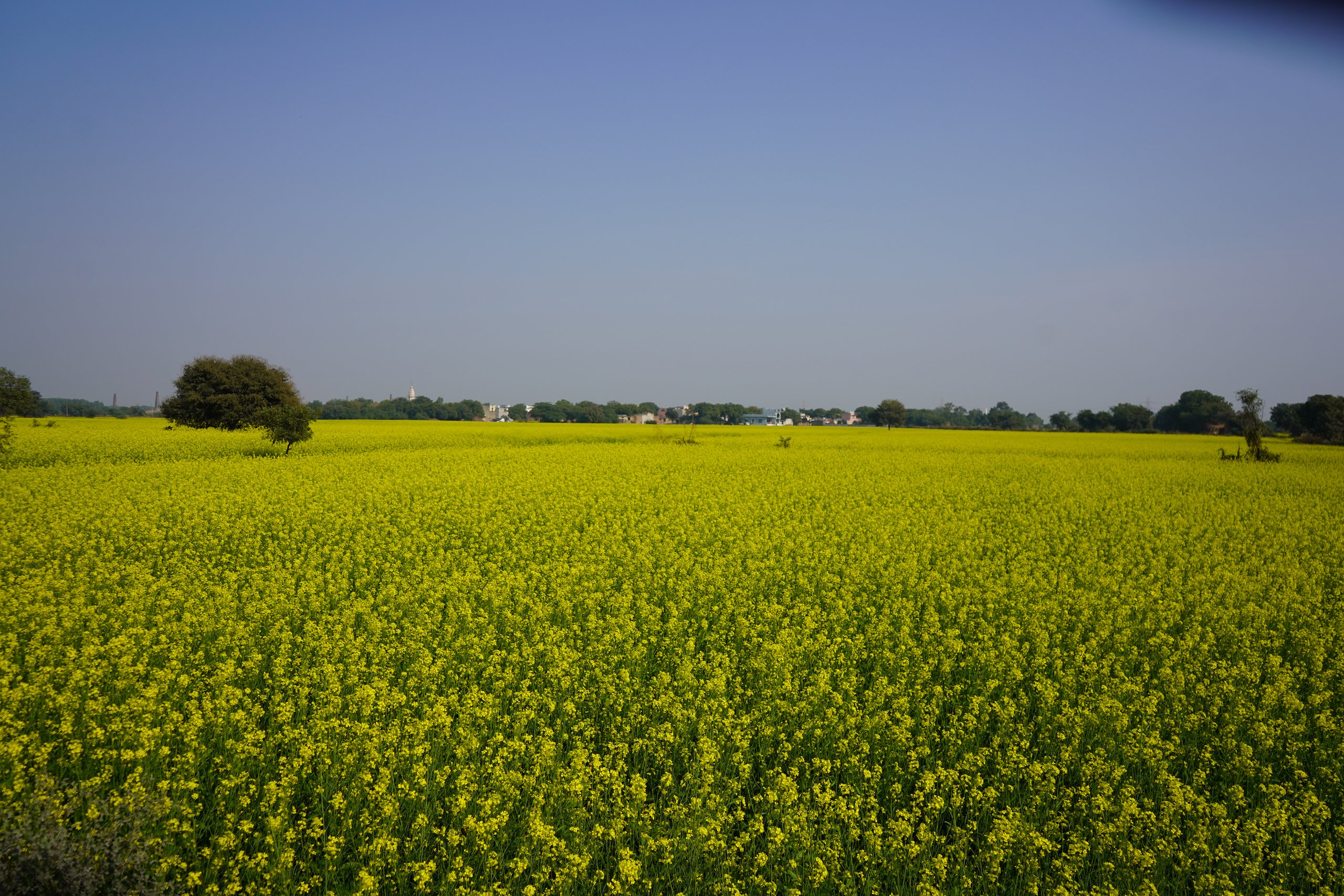 Gian Singh, former economics professor at Panjab University, said farming needs regular innovation. “But we are using the same agriculture practices for six decades.” “The Green Revolution [the adoption of modern technologies and practices] was needed in the 1960s but now we have a surplus of crops. But the government, either state or union, failed in researching and finding the best sustainable practices in agriculture for the time.”

Singh said that calls to “stop planting paddy is just a blame shift of government to farmers which makes farmers guilty in the eyes of the public.”

“The reality is [the government] neither promoted natural farming, micro-irrigation techniques, canal irrigation systems nor fixed good prices for less water-intensive crops. This led farmers to go in a wheat-paddy cycle as before. The government never stopped industries polluting groundwater or mines sucking all groundwater for their own profit. People are openly misusing water. Even now [groundwater in northern India drying up] is a non-issue in the Punjab and UP elections. This clearly shows government apathy in solving such issues.”

Keshni Anand Arora, HWRA chair, however claimed the government has been working hard to convince farmers to adopt modern and more natural practices, and has stopped the industrial use of groundwater. She said: “We are trying to bring a behavioural change in the minds of farmers to use canal water supply and grow less water-intensive crops.”

Explainer: What is regenerative agriculture?