Life has transformed for Tapan Chikbaraik, a resident of Uttar Chakoakheti village in the district of Alipurduar of the Indian state of West Bengal.

He had not imagined that he and members of the indigenous community he belongs to could farm on their small farmland throughout the year. Now the 48-year-old is thrilled at the prospect of growing paddy, cauliflower, cabbage, okra and seasonal vegetables on 18 acres of land. Between farming and working as a guide in the nearby Chilapata forest reserve, he is earning enough to keep his kitchen fire burning, 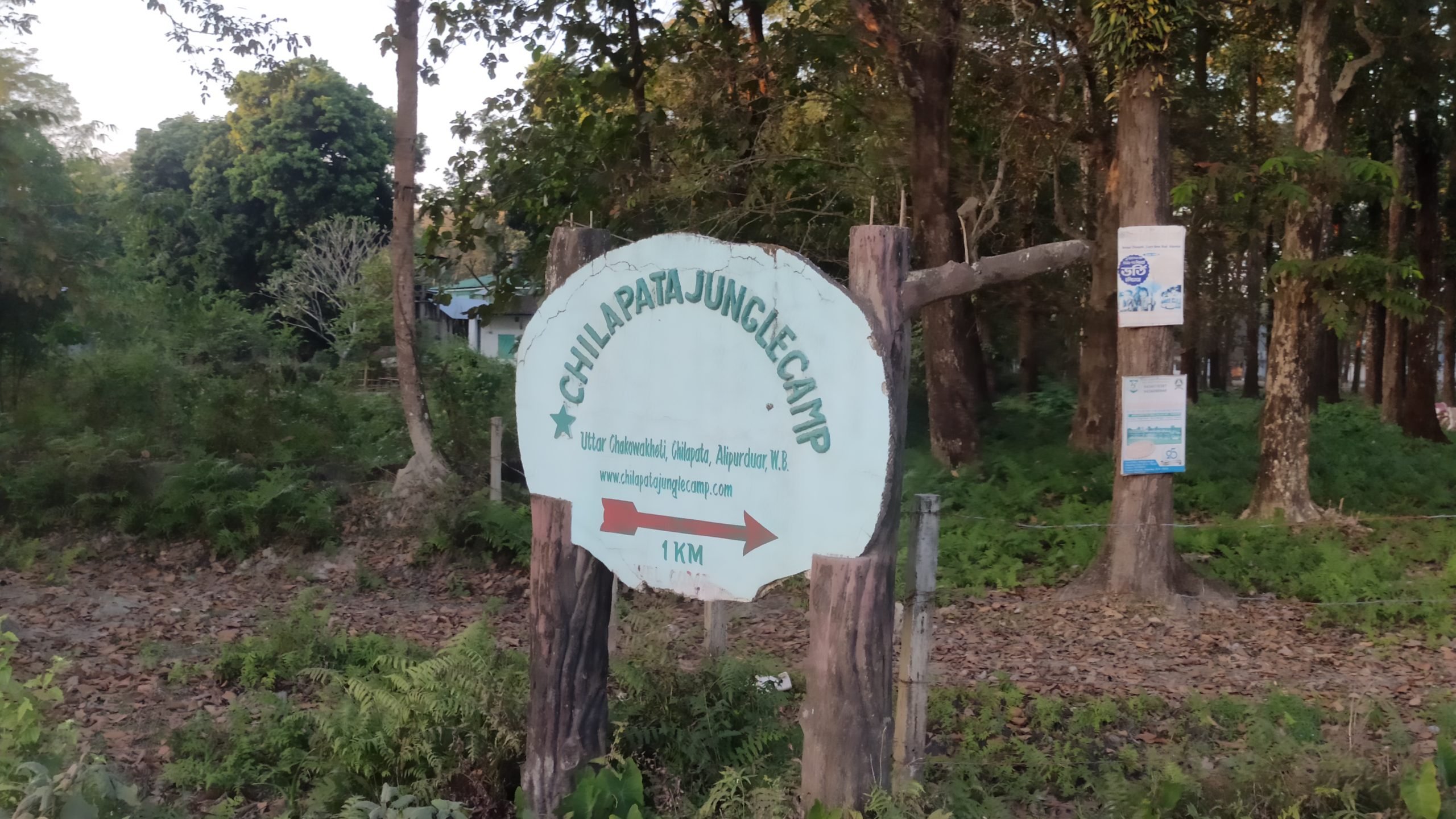 Due to lack of other forms of livelihood, the villagers in the region had been critically dependent on forest produce [image by: Gurvinder Singh]

The situation was vastly different some years ago, when water was scarce, farming was not an option and the community was forced to venture into the forest to earn a living. They encountered elephants, leopards and other wild animals in the reserve.

“We had no alternative but to venture inside the forest to cut trees and sell them in the market for our livelihood. At the time, the farmers were dependent on rain-fed paddy.” 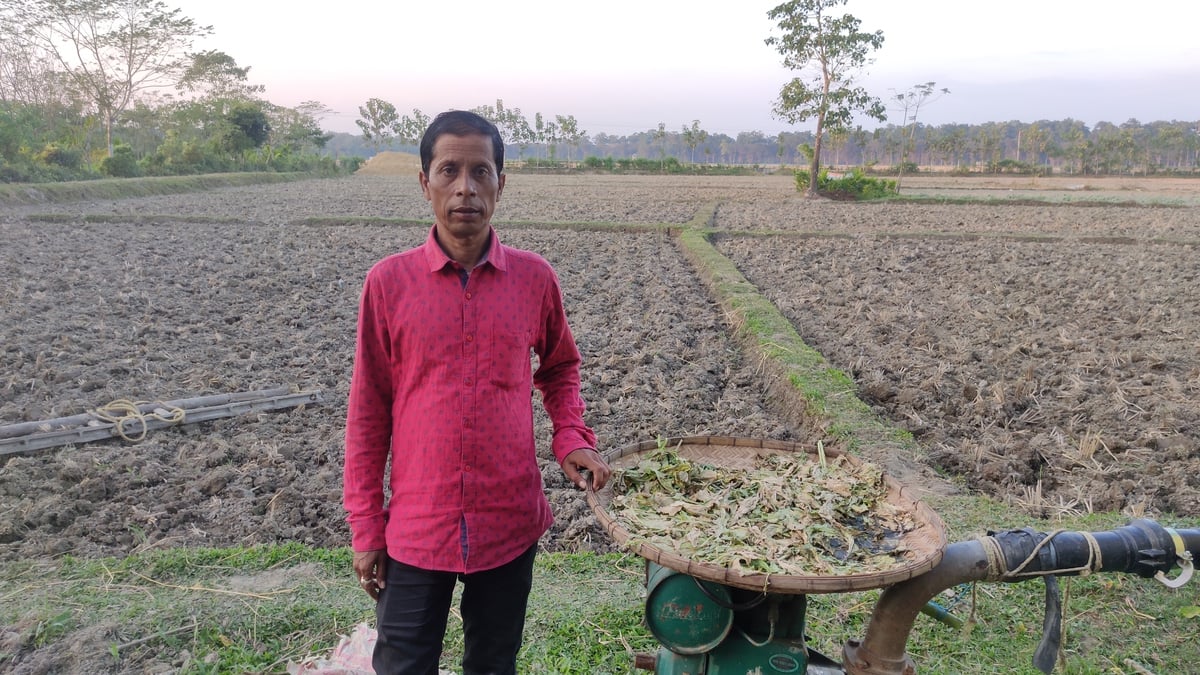 Tapan Chikbaraik in front of his fields [image by: Gurvinder Singh]

Now, improved irrigation facilities and farm inputs have reduced the dependency of villagers on the forest. “We are now protecting it to attract tourism for our livelihood,” he said with a smile on his face. “The ample supply of water helps us farm the whole year.

Jharna Karjee Burman, a 32-year-old from Dholaguri, a village 35 kilometres from Uttar Chakoakheti, was also happy about the mustard, maize and other crops she has sown for the first time in her life.

“We have been dependent on rain-fed paddy for generations, as the scarcity of water made it difficult to grow other crops. But now we grow vegetables that were not possible earlier. It feels like a dream but it’s true. I earn around INR 12,000-15,000 (USD 160-200) which is enough to sustain my family,” said Burman, a widow. 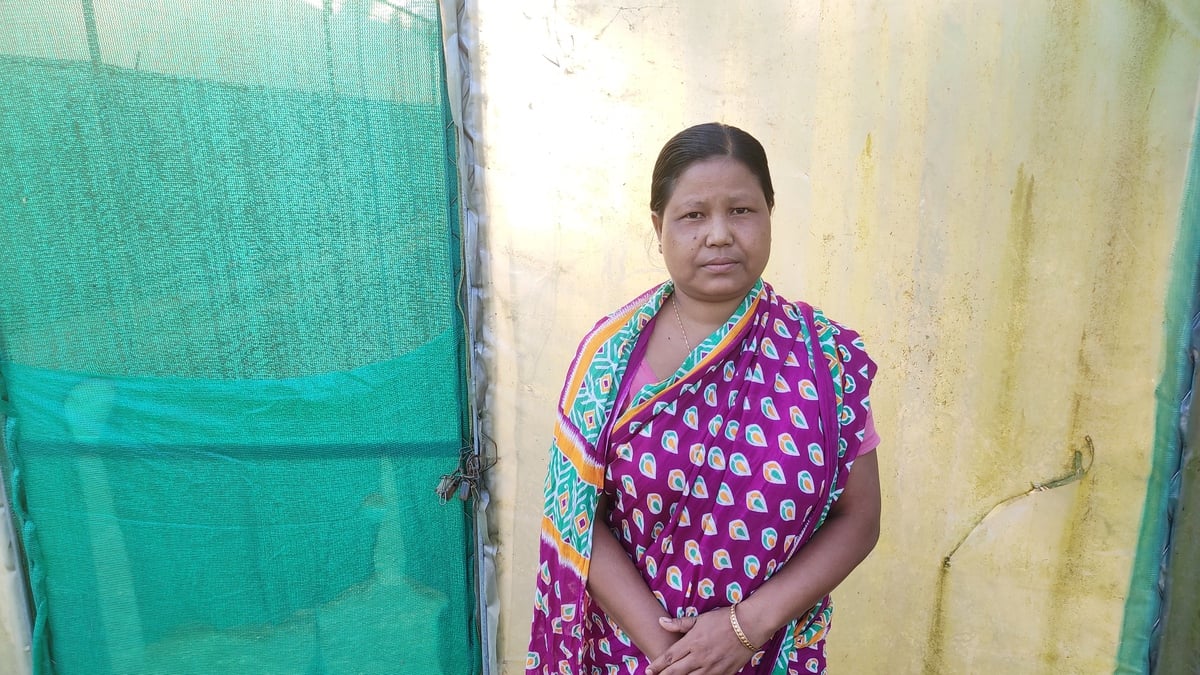 There are now 5,000 people from indigenous communities and scheduled castes [a category under the Indian Constitution of historically marginalised communities] in these villages who heavily depend on farmland, a reality that has reduced their trips to the forest and beyond.

It all began in 2014, when both the villages became part of a project titled Improving water use for dry season agriculture by marginal and tenant farmers in the Eastern Gangetic Plains which focussed on the Nepal Terai region, the Indian states of Bihar and West Bengal as well as northwest Bangladesh.

The project was funded by the Australian Centre for International Agricultural Research (ACIAR) to improve the livelihood of women, marginal and tenant farmers in the Eastern Gangetic plains, by offering ample water and enhancing dry season agricultural production. The University of Southern Queensland was the nodal agency of the project.

“We did a survey in both the villages and found that the farmers not only suffered from the dearth of infrastructure facilities but also lacked the technical expertise on farming as they had done single cropping for ages,” said Rupak Sarkar, Associate Professor, Regional Research Station (Terai zone) at North Bengal Agricultural University (NBAU) that offered technical support to the project.

“We realised that farmers can get ground water if solar and diesel pumps are used for drawing it to the surface,” Sarkar added. 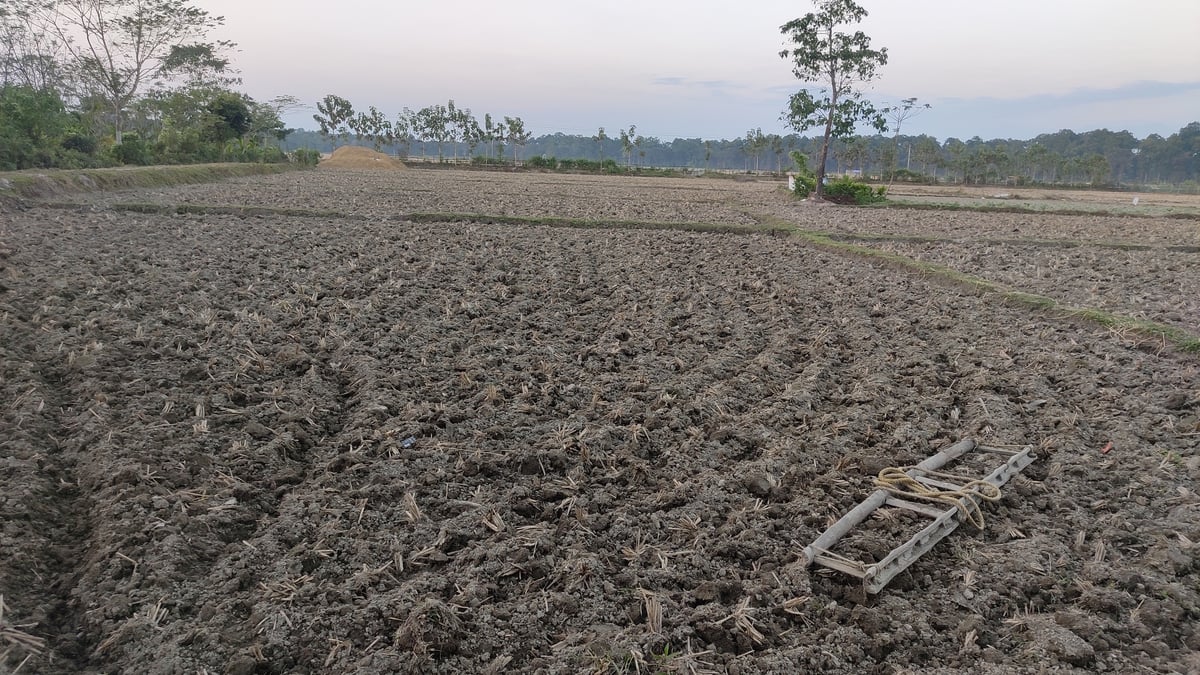 Farming is now done around the year due to the availability of groundwater [image by: Gurvinder Singh]

“We invited international scientists to give [farmers] valuable input regarding farming, including the technical knowledge on the sowing of crops and method of irrigation. [Changing] from Long Furrow Ridge System to Short Furrow irrigation system [helped] as the former not only led to the wastage of water but it also failed to reach to all the crops. Four poly houses were also built in the two villages for growing vegetables.”

A boost to farming

Under the project, three sites each were chosen in both the villages for farming.

“We formed small teams of around 7 to 9 farmers for each site. The team included land owners, farmers and landless women in Dholaguri. The landowners were promised a portion of the income from the farm produce while the rest was to be divided among other members of the group. The owners readily agreed as the land was lying vacant for most part of the year,” said Dhananjoy Ray the Secretary of the Centre for the Development of Human Initiatives (CDHI), a non-profit working for rural development and research entrusted with executing the project.

In Uttar Chakoakheti, a different model was adopted as almost all the farmers were land owners.

“It was difficult to convince them to stop destroying the forest, as for generations the indigenous communities have remained dependent on it for livelihood. We managed to convince a small group of around 27 farmers and provided them technical input. We suggested that collective farming would not only save costs by purchasing fertilisers in bulk but would also help them in minimising transportation cost of the produce to the market. The aim was also to attract other farmers for multiple cropping based on the initial success.”

The project was supported by the installation of shallow pumps, tube wells, diesel pumps, solar irrigation pumps and drip irrigation. Around 10 water pumps were installed by CDHI in both the villages to bring the groundwater to the surface. 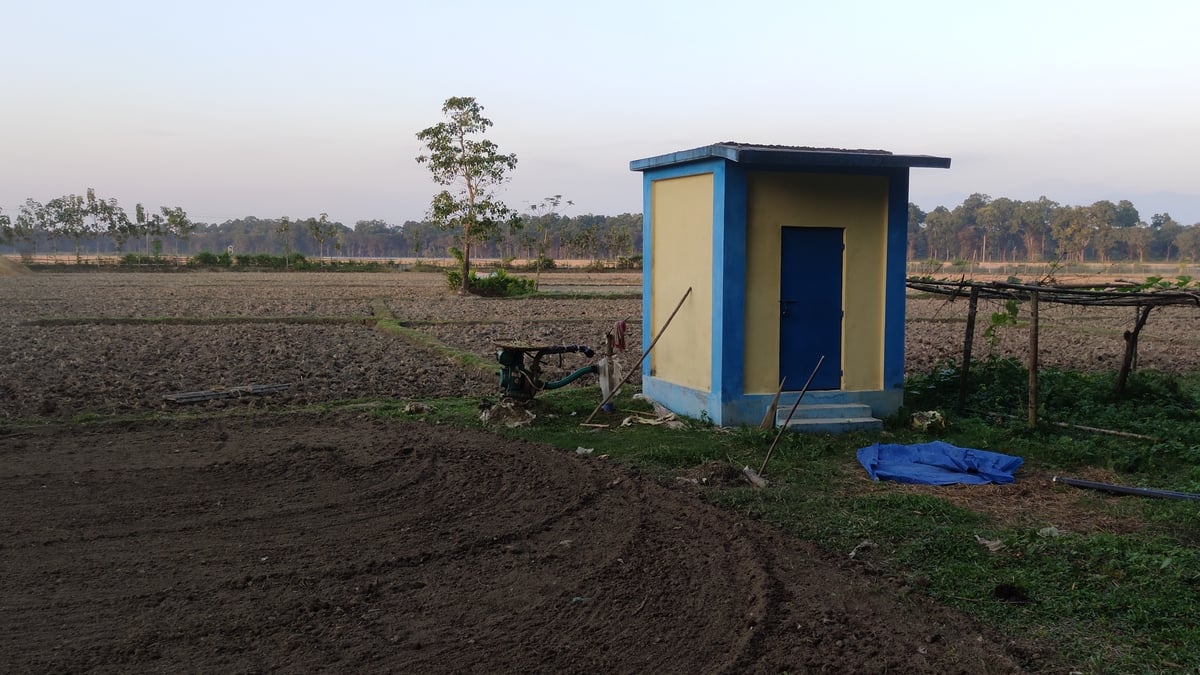 The situation began to change in both the villages by the end of 2015, when the farm yield translated into more income for the farmers and reduced their dependency on the forest as well as migration for livelihood.

“My father used to regularly visit the forest for timber and firewood, putting his life at risk. He now works in the field and grows vegetables and also areca nuts. His safety is my priority more than the income. The irrigation pumps provide water across the year helping him to sow variety of crops,” said Pradeep Oran, 24, a graduate from a polytechnic at Uttar Chakoakheti village.

Realising the benefit of the project to the farmers, the state government also intervened in 2017 and constructed six pump houses in Uttar Chakoakheti by March 2020.

“We completed the construction of six pump houses before the lockdown stopped work. The tenders would soon be floated for the installation of pumps which are very much required as some of the villages suffer from severe water crisis in dry season making it difficult for the farmers to do farming. The government is planning to build more pump houses and install water pumps in the villages across the district,” said Kalyan Kumar Das, an engineer with the Agri-Irrigation department in Alipurduar district.