Mohammad Harun once owned a small plot of land on the Bay of Bengal coast, about 60 km south of Chattogram, the second-largest city in Bangladesh. He used it as a salt pan until it was acquired in 2015 to build a coal-fired power plant financed by China under its Belt and Road Initiative (BRI). In return, Harun says he was promised a job at the plant.

That promise, he says, has not yet been kept. Meanwhile the SS Power One plant, one of 15 coal power plants planned in Bangladesh under the BRI, is being built.

Harun’s story is repeated by his neighbours in Paschim Gandamara, a village in Banshkhali sub-district of Chattogram district. Most of the residents who have lost their homes and homesteads are smallholder farmers, fishers, or salt pan owners and workers. 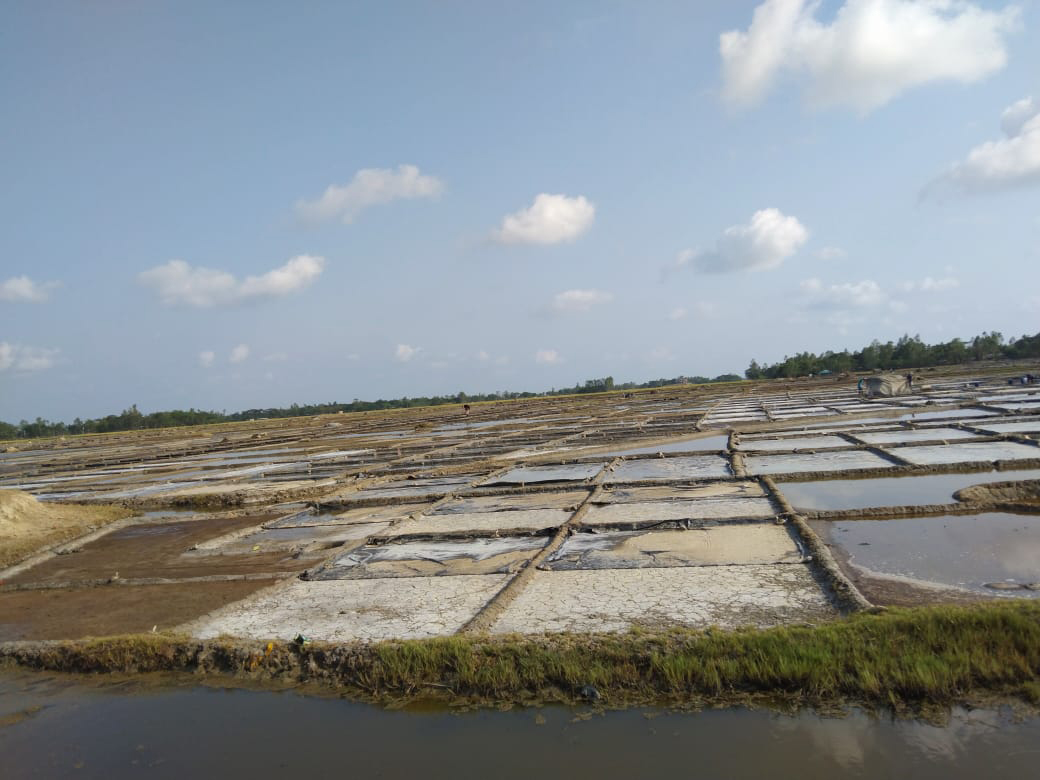 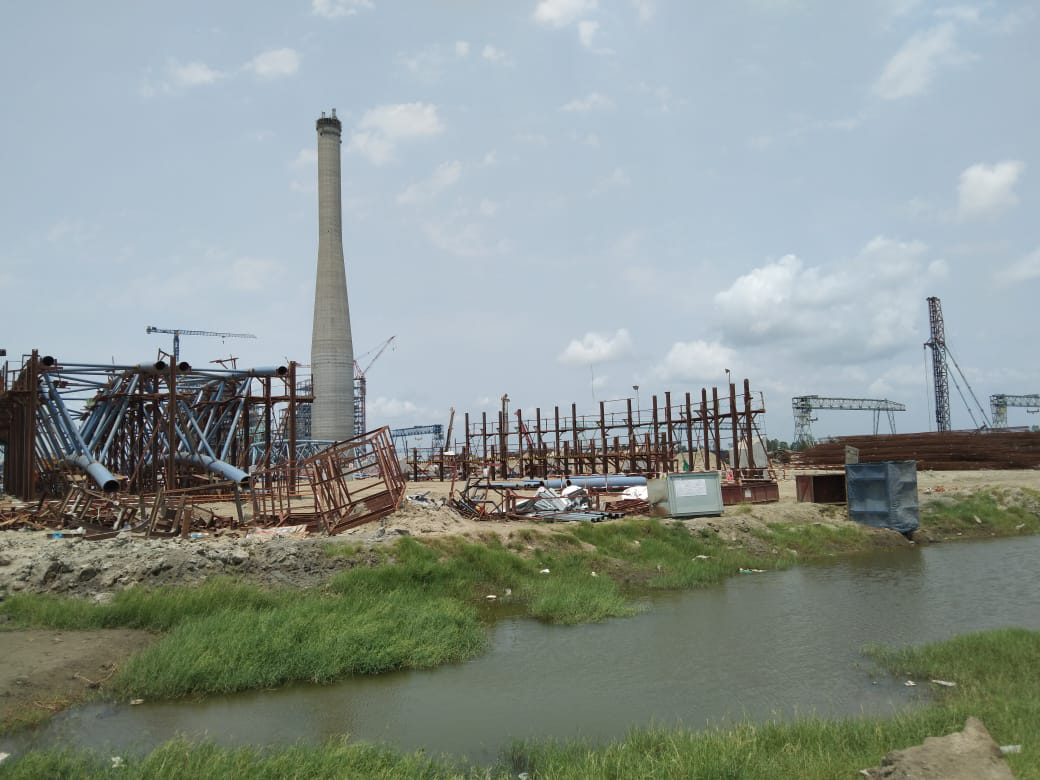 The SS Power One coal plant being built at Banshkhali in Chittagong, Bangladesh (Image: Shamsuddin Illius)

But Harun is scared to protest. The authorities have been clamping down hard on dissent. The police have registered cases against thousands of residents and workers building the plant.

Since 2016, 12 workers and local residents have been killed in three incidents. The casualties happened when law enforcers opened fire on protesters rallying against the project and workers clashed with their Chinese managers.

“If we say anything they [the police] implicate us in cases to muzzle our voices. They have registered cases against unnamed people. So, any of us can be on their list. We can be arrested any time,” Harun told The Third Pole.

The 1,320-megawatt plant is being built at a cost of USD 2.5 billion. One of the largest Chinese investments in Bangladesh, it was among the agreements signed in 2016 by Xi Jinping, China’s president. The plant is a joint venture between SEPCOIII, a Chinese engineering company, and S Alam Group, a Bangladeshi industrial conglomerate.

No understanding of local sentiment

Right from the beginning, the project has been marked by violent protests. The latest occurred in April this year, when the plant’s management refused to let workers take time off for Iftar – the prayer and then the meal that ends the day-long fast during Ramadan. Workers who left for Iftar had the period deducted from their time sheets.

Roman Khan, a worker at the SS Power One plant, told The Third Pole: “If we went for Iftar, our salaries were deducted.” Mohammad Zakaria, another worker, accused the authorities of physically torturing the workers.

On 17 April, about 2,000 workers protested. At least seven of them were killed as police opened fire.

“The Chinese workers did not want to take a break when Bangladeshi workers went for Iftar or prayers. If Bangladeshi Muslim workers were absent during these times, their working hours were deducted,” the senior police officer confirmed. He also identified language as a key barrier to communication between the managers and the workers.

The Chinese are not complying with our culture. It is the right of workers to get time for prayer and Iftar

Iftekhar Uddin Chowdhury, a prominent social scientist and former vice-chancellor of the University of Chittagong, told The Third Pole: “Their [the managers’] target is more production with less payment. So, they don’t want to give a break. This is exploitative. It led to the unrest.”

“Foreign workers have to comply with local culture and norms while working in any country,” Chowdhury added. “But here the Chinese are not complying with our culture. It is the right of workers to get time for prayer and Iftar.” He recommended orientation sessions on local norms for foreign workers and managers.

Despite the report by the senior police officer, criminal charges filed against 2,500 unnamed workers for the 17 April incident have not been dropped. A plant manager filed criminal charges against another 1,050 men.

Zahidul Islam, a worker at the plant, told The Third Pole: “Police shot and killed my colleagues. Now they are accusing us of those murders.” Many workers have reportedly gone into hiding.

In 2016 and 2017, there were also instances of workers being killed in police fire at this same plant. Residents recall that four people were killed in 2016 while opposing the plant’s construction; thousands were accused of violent behaviour.

“Many of them had to serve [time] in jail and many of them are still grappling with cases filed over clashes. Now after the recent clash in April this year, the police filed cases accusing thousands. This is another tool of harassment to muzzle voices raised against injustice,” said Haider Ali Asif, another resident whose homestead has been acquired.

“The plant authorities accused me though I was not present at the places where the clashes took place. They took place inside the power plant. Now I am on the run to flee from arrest,” Asif added.

In recent years, violent clashes between Bangladeshi and Chinese workers have been reported from other plants being built under the BRI.

Locals lose land and livelihoods to SS Power One plant

Watchdog organisation the Bangladesh Working Group on External Debt (BWGED) has reported that 7,100 people were directly affected by the construction of the SS Power One plant. The S Alam Group has reportedly acquired nearly 250 hectares for the site.

Most of those affected are poor. They allege that they have received neither adequate compensation nor the jobs they were promised. Nurul Kabir, a 41-year-old resident, said that a fraudulent document had been prepared to purportedly show that he had sold his plot; he was then given an eviction notice.

“We have lived here for 70 years. My father built this homestead. The sale deed is completely false,” a tearful Kabir told The Third Pole. “I have nowhere to go if I get evicted. All I want is justice.” 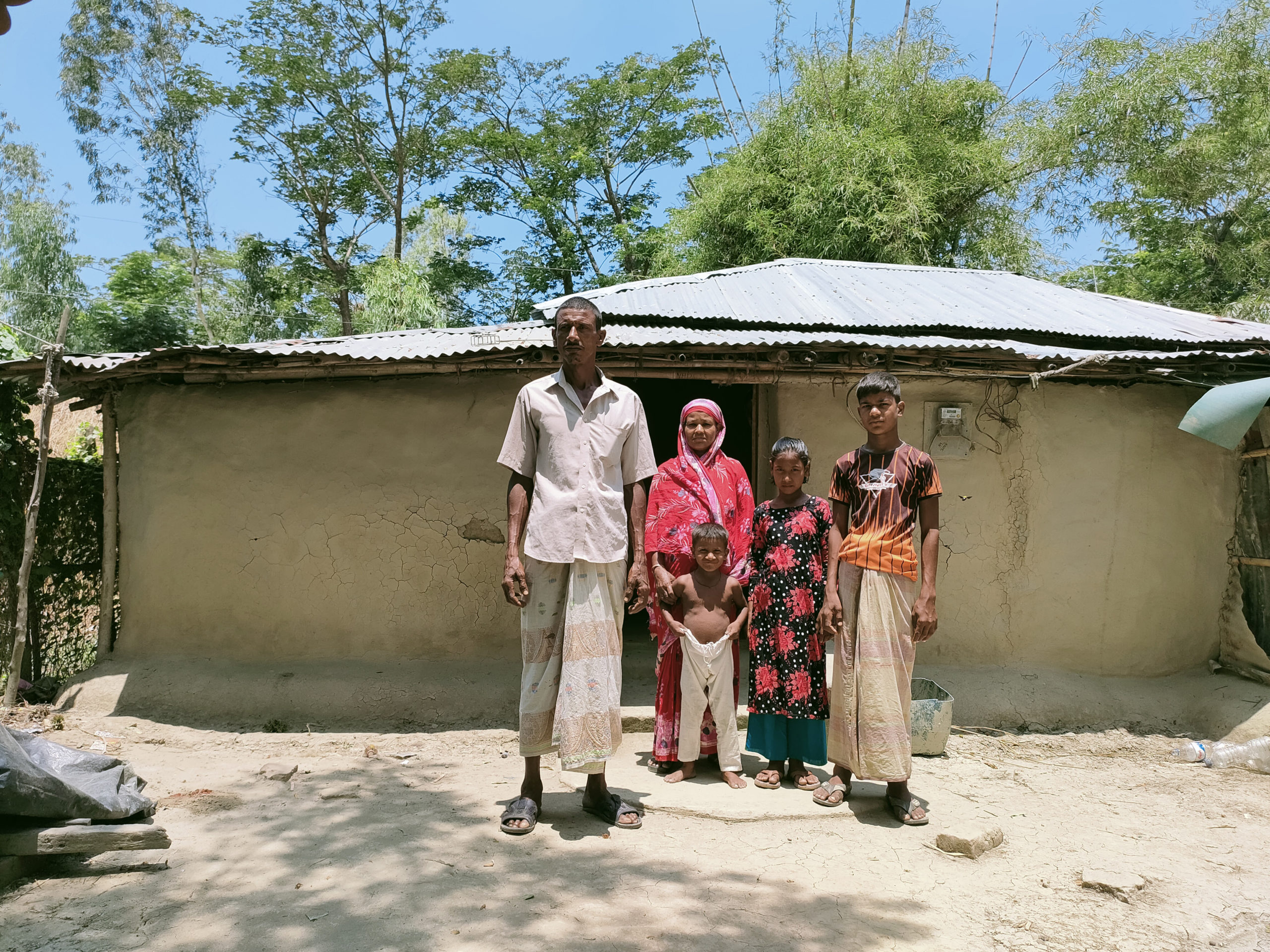 Nurul Kabir and his family. Kabir says he did not sell his land to the power plant authorities, and that it has been sold fraudulently. (Image: Shamsuddin Illius)

Mohammad Mostain Billah, a spokesperson for the S Alam Group, said: “If anyone has such issues over land that he did not sell but it came to our name [sic] then he can file lawsuit against us. As a judicial matter it will be decided by court.”

Billah promised “more jobs for locals” once the power plant is operational.

Fishers say they have been barred from the waters near the plant. “They dropped boulders in the sea to stop erosion and now we are not allowed to go there any more,” said fisher Shafiqul Alam Manik.

Farming has also been affected. After the foundations of the power plant had been built, the nearby area became waterlogged every monsoon, making it harder to grow crops. Many residents have started to describe the plant as a “curse”.

On 11 June and 14 June 2021, The Third Pole’s correspondent contacted SEPCOIII about the allegations published in this report and seeking the company’s comments on the events described. A response had not been received at the time of publication. This report will be updated if a response is received.

Bangladesh has recently been talking about phasing out coal. However, its Power System Master Plan (PSMP) still has 33 coal-fired power projects with a total capacity of over 33,200 MW under construction or at pre-construction stages. If all are built, Bangladesh’s coal-fired power capacity will increase sixtyfold.

By 2031, these plants will emit nearly 115 million tonnes of carbon dioxide every year. This will not only impact the environment and local livelihoods, it will also weaken Bangladesh’s position as a country that suffers due to climate change though it has contributed very little to global greenhouse gas emissions.

Bangladesh may ditch 90% of its planned coal power

Opinion: A BRI alternative must contend with past mistakes