Kutku is a village lit by solar power. Now its residents fear they will be doomed by hydropower. A dam project, which has lain dormant for two decades, has been revived by the government. This has cast the future into doubt for the more than 800 indigenous residents of this village close to the Palamu Tiger Reserve of Garhwa district in Jharkhand, eastern India.

Around 220 kilometres from the state capital Ranchi, the picturesque village with a backdrop of blue hills and lush green fields mesmerises the visitor. But local teacher Pitrus Minj and his fellow villagers have no time to bask in the beauty.

The project that will displace them is the North Koel dam, popularly called the Kutku Mandal dam, around five kilometres from the home of 36-year-old Minj.

Work on the dam started in 1974 but stopped in 1997 after the partially built dam was responsible for flooding the area. An official who was blamed for locking a sluice gate was killed by an extreme leftist militant group referred to as Maoists in India.

This changed on January 5, 2019, when the Indian prime minister, Narendra Modi, laid the foundation stone for the completion of the project. Work has since restarted, and fears of displacement have been revived.

“We have been spending sleepless nights after the union government began to show renewed interest in turning the dam operational. This will affect 15 villages and completely submerge at least eight of them. Besides, thousands of people will lose their livelihood. Wildlife along with biodiversity inside the Palamu Tiger Reserve will also be impacted. We do not want the dam, but the government is not willing to listen to us,” Minj told The Third Pole.

The villages likely to be affected are home to around 5,000 people, mostly from indigenous communities.

A struggle over decades

The dam on the North Koel river was meant to be part of a hydroelectricity generation project, to provide irrigation to the drought-prone region and for flood control. The North Koel is a tributary of the Sone river, which feeds into the Ganga. It flows along the southern and then western boundary of the Palamu Tiger Reserve.

When construction started, the entire area was in the state of Bihar – Jharkhand was carved out of Bihar in 2000 – and much of the farmland meant to be irrigated by the dam is still in Bihar.

The Ministry of Environment, Forest and Climate Change first cleared the project in 1984, eight years after construction started. At that time, the ministry added eight conditions to this clearance, including rehabilitation of people affected by the dam. 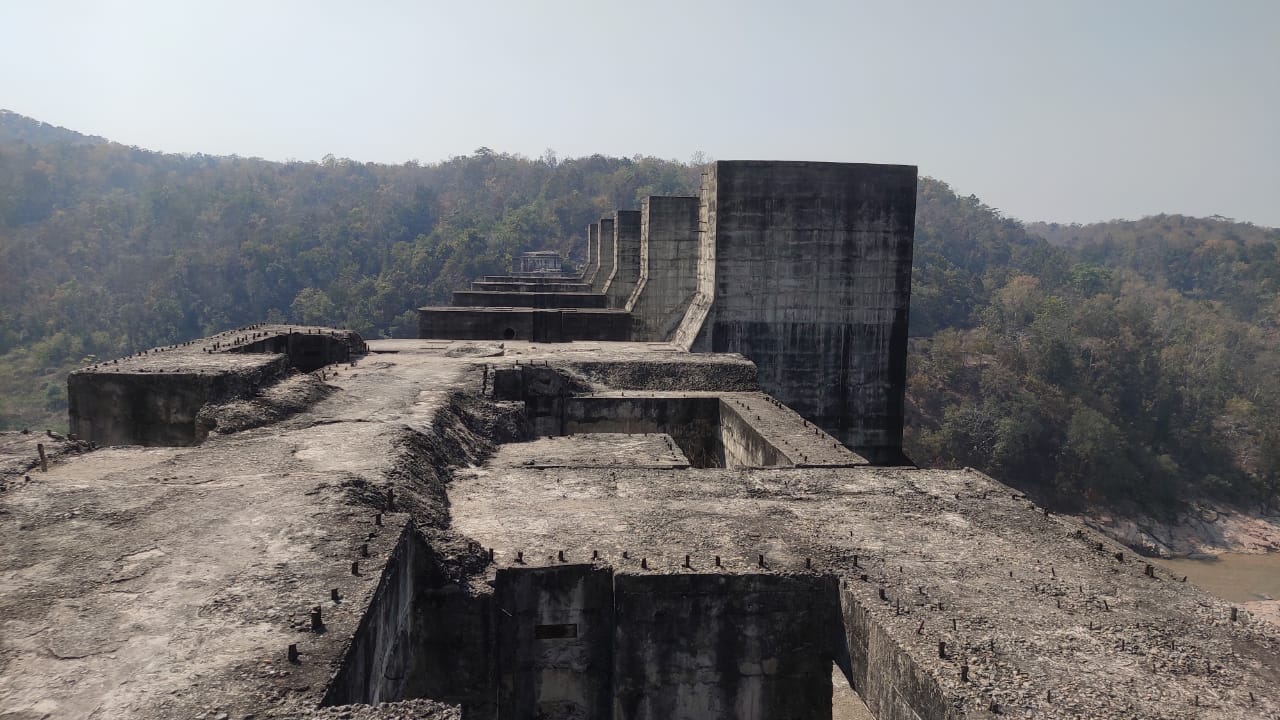 Residents say the compensation offered to them in the mid-1980s was not enough for them to resettle in other areas. Mikhail Kerketta, 55, a resident of Bhajna village which will also be affected by the construction of the dam, said, “677 families from 14 villages were identified for rehabilitation and their family members were promised money, land and a job. But just 214 among them received a job while a handful of them got money and land. The government claims to have fulfilled all its promises, but that is not true. We thought that the dam would be good for us but now we understand that it will have a devastating impact on our lives and submerge our villages.”

Kerketta added that work on the dam continued unabated though their issues remained unsolved.

One night in August 1997, the partially built dam could not contain the water accumulated behind it and generated a flood that submerged 32 villages overnight, resulting in the deaths of 21 people and loss of property and livestock.

“It was nothing short of a massacre,” Kerketta remembered, “when 21 people lost their lives and several thousands of livestock also perished in floods due to the closure of a sluice gate of the dam. We somehow managed to save our lives but the loss to livelihood was substantial.”

Baijnath Mishra, an engineer at the site, was blamed by villagers for shutting a temporary sluice gate. On August 16, 1997, Mishra was assassinated by outlawed Maoist guerrillas, who have considerable presence in the area. The project came to a halt.

In 2015, Prakash Javadekar, union minister for environment, forest and climate change, announced that the project would be completed.

The ministry gave another approval in November 2018. This allowed the Jharkhand government to divert more than 1,000 hectares of forest land for the project, and to cut down an estimated 344,000 trees inside PTR.

At the same time, the ministry reduced the full reservoir level (FRL) – the maximum permitted level of the reservoir that would form behind the dam – from 367 metres to 341 in order to minimise the risk of submergence in the core area of PTR.

With the drop in the maximum permitted water level, the dam will no longer be able to irrigate the area as per the original plan, environmentalists say. D.S. Srivastava, secretary of Nature Conservation Society – an NGO in Jharkhand – said, “The plan was to supply water to over 110,000 hectares of agricultural fields in three districts of Gaya, Aurangabad and Jahanabad in Bihar. But the drop in FRL had made it ineffective for the purpose of supplying water and producing power.”

“The dam would simply destroy wildlife, environment and biodiversity. Besides, it would also submerge eight villages close to it,” Srivastava added. 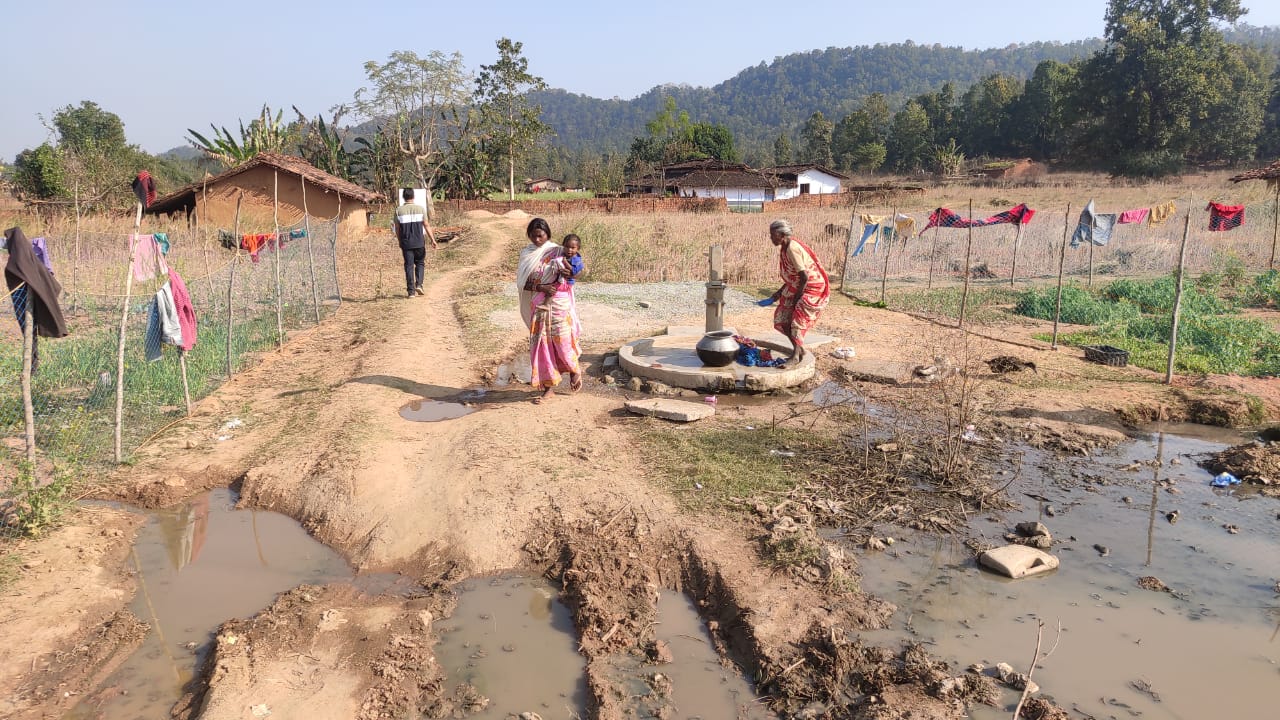 Villages close to the dam are inhabited by indigenous communities [image by: Gurvinder Singh]

Senior officials in the water resources department of the Jharkhand government conceded that the dam would no longer serve the dual purpose of producing power and supplying water for irrigation.

Instead, they claimed, the dam would help save wildlife in the tiger reserve. “Around 780 families in seven villages have been identified for compensation from the earlier eight because of the threat to the core zone of the reserve,” said Aftab Alam, executive engineer in the water resources department.

Alam, who is based in the nearby city Daltonganj, said, “During summers, the tiger reserve faces acute shortage of water and often small rivers and rivulets go dry. The dam will ensure steady supply of water for animals. Besides, it would also help to promote tourism through boating and other activities.”

“The central government has already paid around INR 4.6 billion [USD 63.4 million] to the Jharkhand government for compulsory afforestation in 1,000 hectares of land for the trees that would be axed,” he added.

Officials in Jharkhand’s forest department are also backing the project. Kumar Ashish, deputy director of the Palamu Tiger Reserve, said, “We are already rehabilitating two villages from inside the reserve to create more space for wildlife after paying adequate compensation as per the norms.” The rehabilitation of six other villages for the dam, he said, would help to provide more land for wildlife. “It would also ensure ample supply of water to animals and birds during the extreme summer season when the mercury climbs several notches,” he added.

Work on the project has not restarted after the laying of the foundation stone over two years ago. Alam, of the water resources department, said that “the unsettled issue of rehabilitation of locals and a dispute between Jharkhand, Bihar and central government have been delaying the project.” The cost of the project has escalated from INR 23 billion (USD 316.8 million) in 2017 to INR 30 billion (USD 413.2 million), he explained. “The central government wants the two state governments to bear the entire cost while the latter are not ready to pay. We are also yet to obtain permission from the ministry of tribal affairs.”

Since the project involves displacement of indigenous peoples, the ministry of tribal affairs must approve it before work can be restarted.

Pratap Tirki, president of a local organisation fighting for the rights of the people who may be displaced by the dam, said they have demanded compensation of INR 1.5 million (USD 20,662) for each family. “Earlier, the government was willing to give us INR 1 million [USD 13,775]. But that was too little, as most of the people hail from indigenous communities and have a small patch of land for livelihood.” The amount was raised after locals refused to accept the previous offer. “The amount has been agreed but it is yet to be disbursed. The villagers are ready to move if the agreed amount is paid,” Tirki said.

Villagers made it clear that they will not allow the work to be resumed until their rehabilitation issue is settled. “We won’t allow any work here until the government looks into our demands and clears the agreed amount. We are ready to stage a protest if the work resumes without meeting our demands,” said Kerketta.

Video: The human costs of the Baglihar dam