When Mudasir Bashir, an ardent mountaineer and cyclist, heard about the globally trending slogan “Stay home, stay safe” to combat the spread of Covid-19, the 34-year-old from the town of Sopore in northern Jammu and Kashmir insisted he had a better mantra for all times: “Stay fit, stay safe and keep climbing mountains”.

Turning to nature for solace, he says, is even more important in a place like conflict-ravaged Kashmir, where people have lived through violence for over three decades. The pandemic has added to existing stress levels.

He quotes a Kashmiri proverb to describe the importance of mountains in local folklore and how mountains test friendship and camaraderie: “Yaaran manz yaar, bala yaar [Your best friend is one who accompanies you to mountains].”

Number of trekking clubs in Jammu and Kashmir, up from two in 2013

Most people started to realise the importance of staying fit and safe, he says, only when the pandemic struck. “The fact is that we always need to be physically fit to deal with health-related challenges. Trekking to mountains not only keeps you fit. It keeps you fighting fit.”

Bashir has completed 100 expeditions, including to Kashmir’s highest peak, Mount Kolahoi, and several alpine lakes. “My target is to get to all the alpine lakes [at least 200] and peaks of Kashmir,” he says.

A few years ago, trekking to Kashmir’s peaks attracted few locals. Not any more.

Explaining the change, Tanveer Khan – president of Pathfinders, a trekking group – says: “Social media is a big reason. But I think the foundation for making trekking a craze was laid by Mahmood Ahmad Shah, an ace trekker of Kashmir, in 2013.”

In 2013, Shah revived a society, the Jammu and Kashmir Mountaineering and Hiking Club (JKMHC), which had been founded by British missionary and educationist Tyndale Biscoe in 1934. When Shah revived it, JKMHC and Alpine Adventures were the only two trekking clubs in the region. But now, says Khan, there are 18 active clubs.

Many of these clubs, says Khan, evolved from JKMHC. “We first familiarised ourselves with trekking by associating ourselves with JKMHC. But when the group became so large, we broke into separate groups.”

Whenever Khan’s trekking group faces a hurdle, their go-to man is Shah, who has the distinction of trekking to over 100 of Kashmir’s alpine lakes and knows “everything related to trekking in Kashmir”.

Shah has noticed with interest the growing trekking trend. “It is so good to see people are now taking interest in mountains,” he told The Third Pole. “Mountain treks are certainly increasing and there are lots of new groups which have come up recently organising treks, especially on Sundays.”

Ideally, the number of visitors in forests should be regulated besides making all arrangements for avoiding pollution and degradation in forests

“Thanks to social media, people find it easy to get on a single platform. Social media has become an aggregator for like-minded people,” Shah says.

Apart from the clubs, there may be dozens if not hundreds of groups where friends get together to trek, Khan estimates. “I think social media has played a big role in popularising trekking – people love to trek and share the photos of their adventures on social media.”

However, Khan cautions that people need to be careful on difficult excursions. “Physical fitness and a lot of awareness about trekking and trekking routes is a must.”

“For example, recently we noticed that a group had gone trekking to Tosa Maidan [a meadow that was used as a training ground for artillery shelling until recently] in winter. This is not recommended because if there is an unexploded shell, it will not be visible in snow,” Khan says.

Bashir says: “Besides being physically fit, someone aspiring to be a regular trekker needs to know that trekking involves other compromises as well. For example, spending a lot of time away from your family.”

Quoting the example of two trekkers who died after falling into a crevice of the Kolahoi glacier in September 2018, both Khan and Bashir emphasise the need to be aware of the extreme dangers involved in alpine adventures in Kashmir. 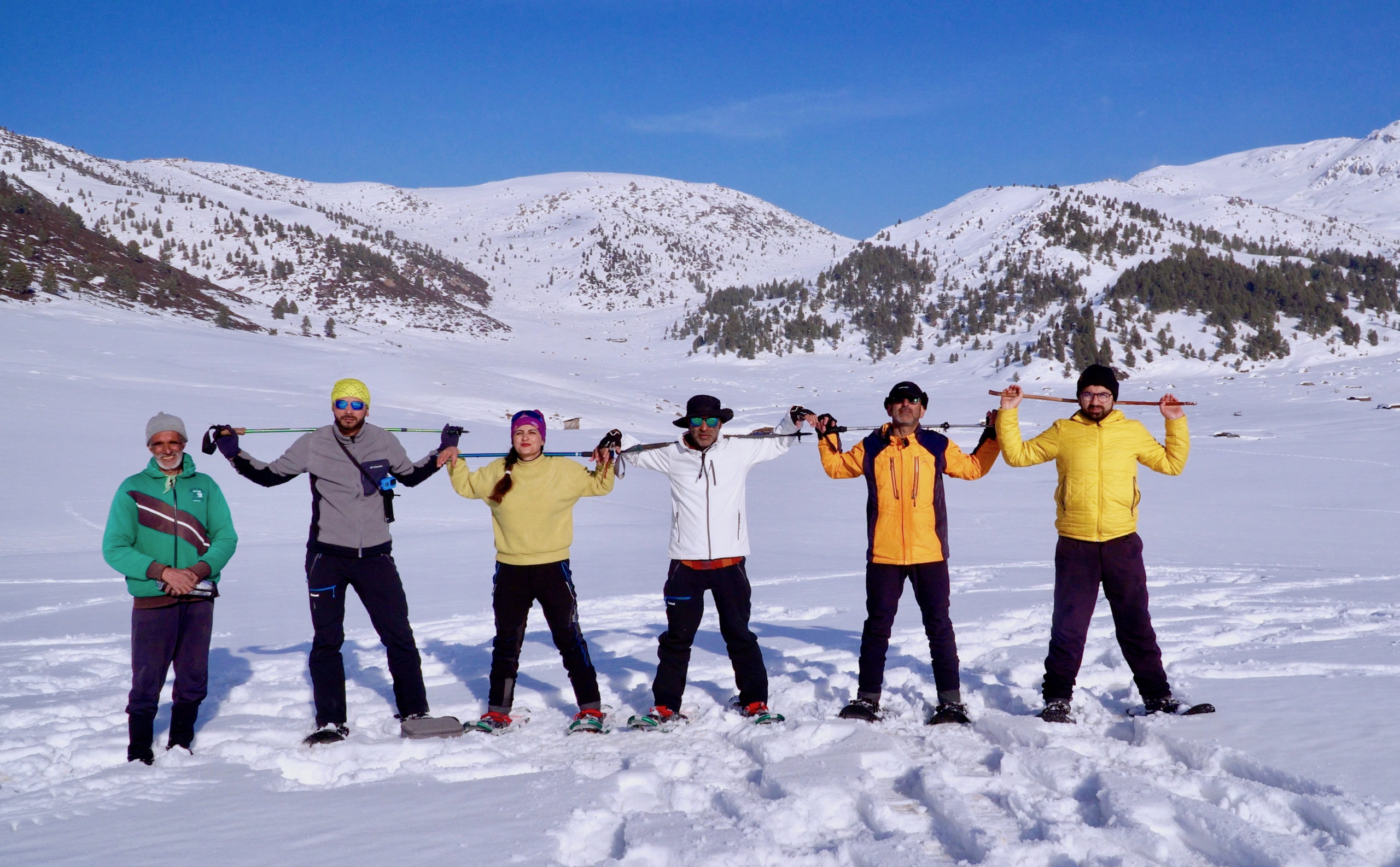 Ecotourism in Kashmir is the future

In March 2021, the Department of Forest, Ecology and Environment of Jammu and Kashmir approved the opening up of its rest houses and inspection huts to adventure tourists and wildlife enthusiasts. It has opened 29 such buildings and is going to open 58 more. Seven trekking routes leading to different wildlife conservation reserves are being created by the department. Mohit Gera, Jammu and Kashmir’s principal chief conservator of forests, told The Third Pole: “These guest houses are in idyllic settings and were so far only being used by officers. But now they are open for nature lovers and trekkers.”

“There is a lot of potential for adventure tourism in alpine areas. So, we are trying to use our existing infrastructure and involving local communities near the end-points so that their infrastructure and services can also be used by eco-tourists or trekkers,” Gera says.

He said he hopes this will add to local incomes and give residents a stake in conserving forests. “There are other benefits when more people visit forests, such as information about forest fires or any illegal activity,” Gera adds.

But it is important that increased footfall does not put pressure on the fragile mountain environment. Soil erosion, construction of infrastructure, disturbance of wildlife and littering are some of the potential impacts.

Khurshid Salman, chair of the Peoples’ Environmental Council (PEC), a civil society organisation in Srinagar, said that it is good for people to visit forests, but care should be taken to ensure it does not create problems of pollution and degradation in these ecologically sensitive zones. “The concerned officials should take in consideration the negative impacts of encouraging more and more people to visit forests. Ideally, the number of visitors in forests should be regulated besides making all arrangements for avoiding pollution and degradation in forests,” Salman told The Third Pole.

Popularising Kashmir as an adventure tourism destination could help local businesses and communities, says Mahmood Ahmad Shah, a bureaucrat who also organises treks. “We have bodies like Adventure Tour Operators Association of India which have big travel agents aligned with them. They can play a good role. Kashmir has not been on their itinerary because of the circumstances here for the past three decades. But now they are very interested in coming back.”

Mehraj Mir, who runs an adventure tourism company called Kashmir Treks, is excited by the new prospects. “If more people come from outside for trekking in Kashmir, it will really add to our business. As of now, our business is totally down due to the Covid-19 lockdown.”

Javid Ahmad Shanglo of Kashmir Mountain Adventures says that the second wave of Covid-19 infections (which peaked in May across most of India) caused huge disruption to his business. “If the pandemic situation improves and the security situation also remains stable, we can expect a good season of adventure tourism ahead,” he said.

The routes outlined by the forest department range from day-long treks up and down mountain slopes to long trans-mountain traverses involving a week of trekking and camping. The longer routes pass through spectacular scenery with wild fauna and flora. They also enable interactions with the people who live in these landscapes.

Documentary filmmaker Jalal Jeelani, who often treks for his work, says visitors to mountains benefit in several ways. “During the ongoing pandemic, I know many people who used mountains as stress-busters and fitness centres.”

“You even get education when you go there. If I was not in the mountains, I would not get a chance to talk with nomads in detail, seeing their lifestyles and learn an interesting thing about how they relate to the pandemic which has frustrated people across the globe,” Jeelani says.

“‘We don’t have any experience of it [Covid-19],’ they told me. It was not difficult for me to decipher why they don’t have such experience. They live with nature; they pray in the open, they don’t go to places like markets where they can get infections. They live a simple but complete life while wandering in the mountains.” 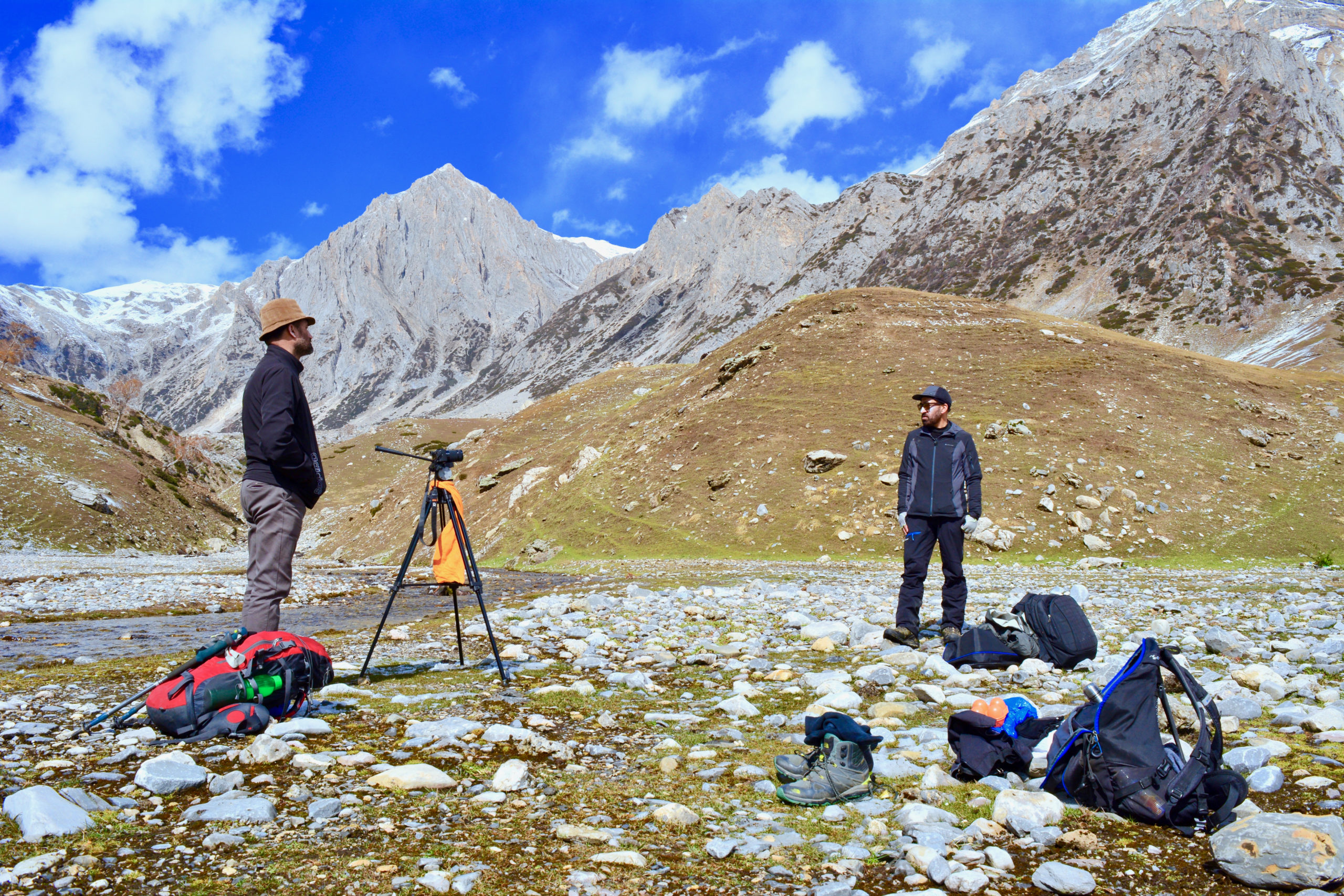 Diving ban not enough to save Pakistan’s coral paradise