On 7 February 2021, disaster struck in the Indian Himalayas. In Chamoli district, in the northern state of Uttarakhand, a chunk of ice, rock and soil broke off from the Ronti glacier and crashed into the Rishi Ganga river. The resulting flash flood was devastating: more than 70 people were killed; over 130 are missing; and dams, bridges and other infrastructure have been destroyed.

The area is very familiar to me. Fifty-four years ago, I set out on my first expedition to climb the 19,890-foot (6,060-metre) peak of Ronti. We stayed at Reni, a village that was severely affected by this year’s flood. We walked and set up camps on the very glacier that triggered the disaster. A picture of the region is etched on my mind, and it breaks my heart to know of the disastrous situation there.

This is the story of my expedition to Ronti.

The expedition was led by Deepali Sinha. The other members were Sujaya Guha, Indira Biswas, Swapna Mitra, Lakhsmi Pal, Swapna Nandi and Sheila Ghosh. Most of us were in our early twenties. 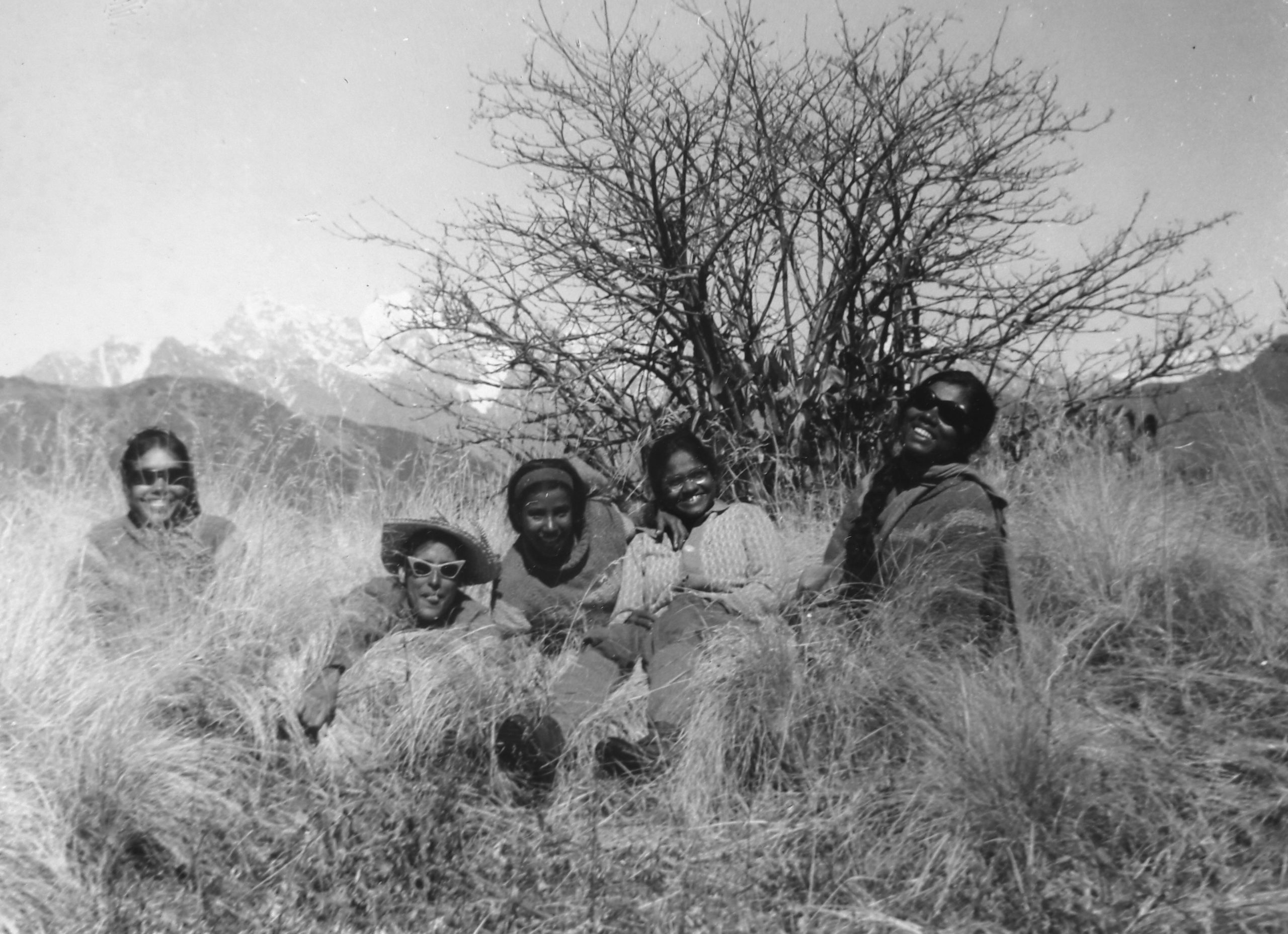 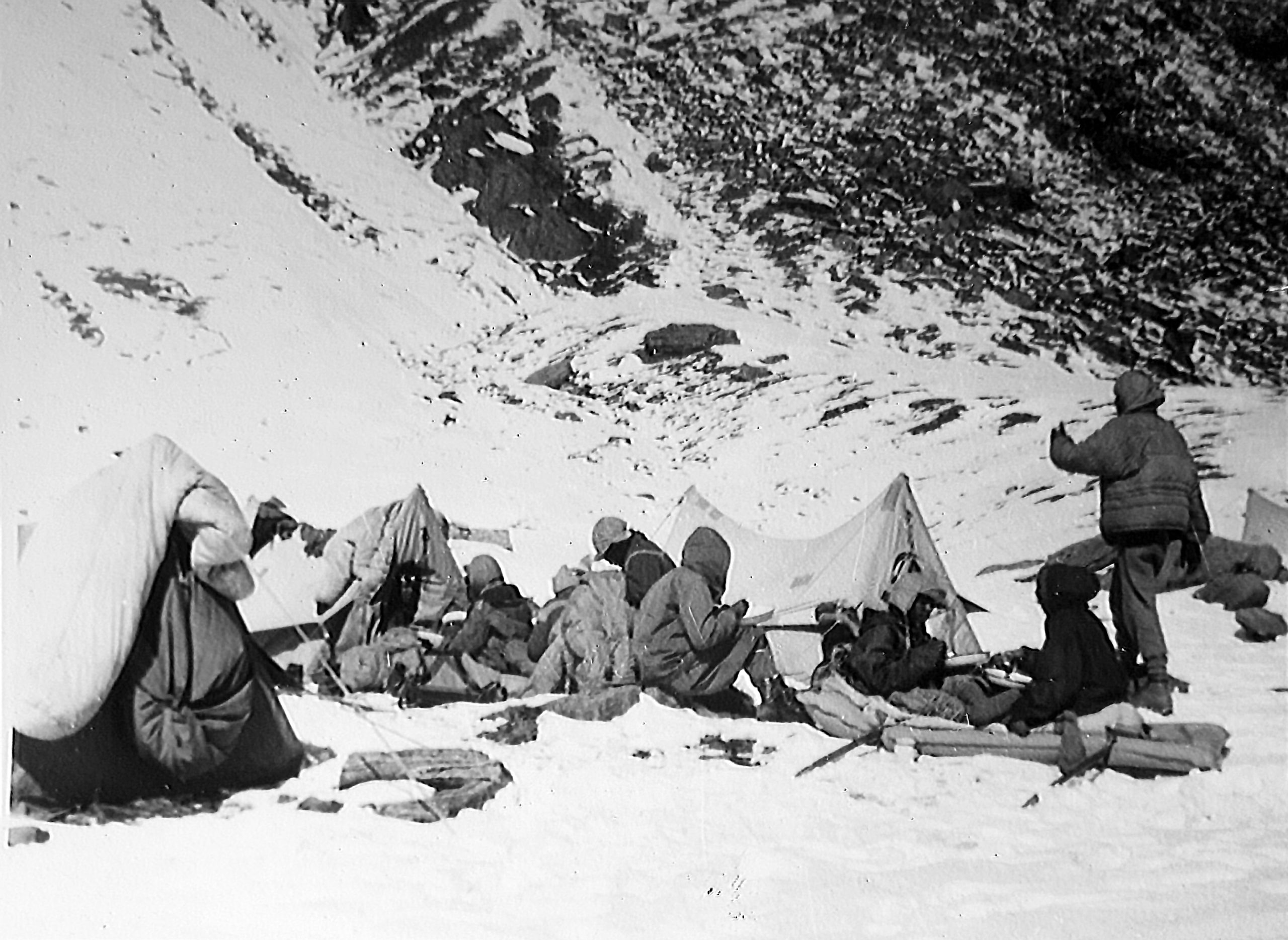 Three years later, Sujaya would lead our expedition to an unscaled peak, Lalana; she and another member of the team tragically lost their lives after reaching the summit.

On 14 October 1967, we arrived at the picturesque village of Reni. At an altitude of 6,170ft above sea level, Reni is situated at the confluence of two rivers: the Dhauli Ganga and the Rishi Ganga. We stayed at the school for a couple of days and enjoyed the hospitality of the villagers.

The 1967 Ronti expedition was the first attempt by an all-female team to scale the peak (with the exception of the male expedition doctor).

Ronti had only been climbed for the first time 12 years before Sengupta’s expedition – by a German team in 1955.

Over the following two weeks we braved landslides, hill diarrhoea, bad weather and extreme cold to climb more than 13,800ft. Finally, in the early hours of 28 October, Swapna, Lakhsmi and I started for the summit. The weather was clear and the sun was rising. All of us except Pasang, the Sherpa who was leading, were roped up. The snow was knee-deep and we climbed towards the peak slowly but steadily.

About 200ft below the peak, we heard a loud booming sound and saw an avalanche coming down along the slope of the glacier. A white blanket of loose snow rushed towards us. We dug our ice axes into the glacier with our heads down, hoping the avalanche would not take us down. Within a few minutes, the mass of snow passed and we were submerged up to our waists.

After we recovered and stood up, to our horror we saw that Pasang was rolling down the slope with the mass of snow. He fell for about 250ft, then managed to stop himself.

After a while, to our great relief, Pasang started to climb up. He was completely shaken and unable to talk. As soon as relief started to set in, there was another booming sound and all of us ducked. This time the avalanche was much smaller, but Pasang declared that we should not go up as it would be too risky.

We were devastated, as we could see the summit was within our reach. However, Pasang was adamant. A compromise was worked out, that only one member would go, along with two Sherpas. Very reluctantly, we agreed: after all he was much more experienced than us.

So Swapna Mitra, Pasang and another Sherpa went ahead and, with a heavy heart, Lakhsmi and I started our journey down. But even with only one member reaching the summit, the expedition would be considered a success. At 2.30pm, the summit party reached the top: the expedition was successful! 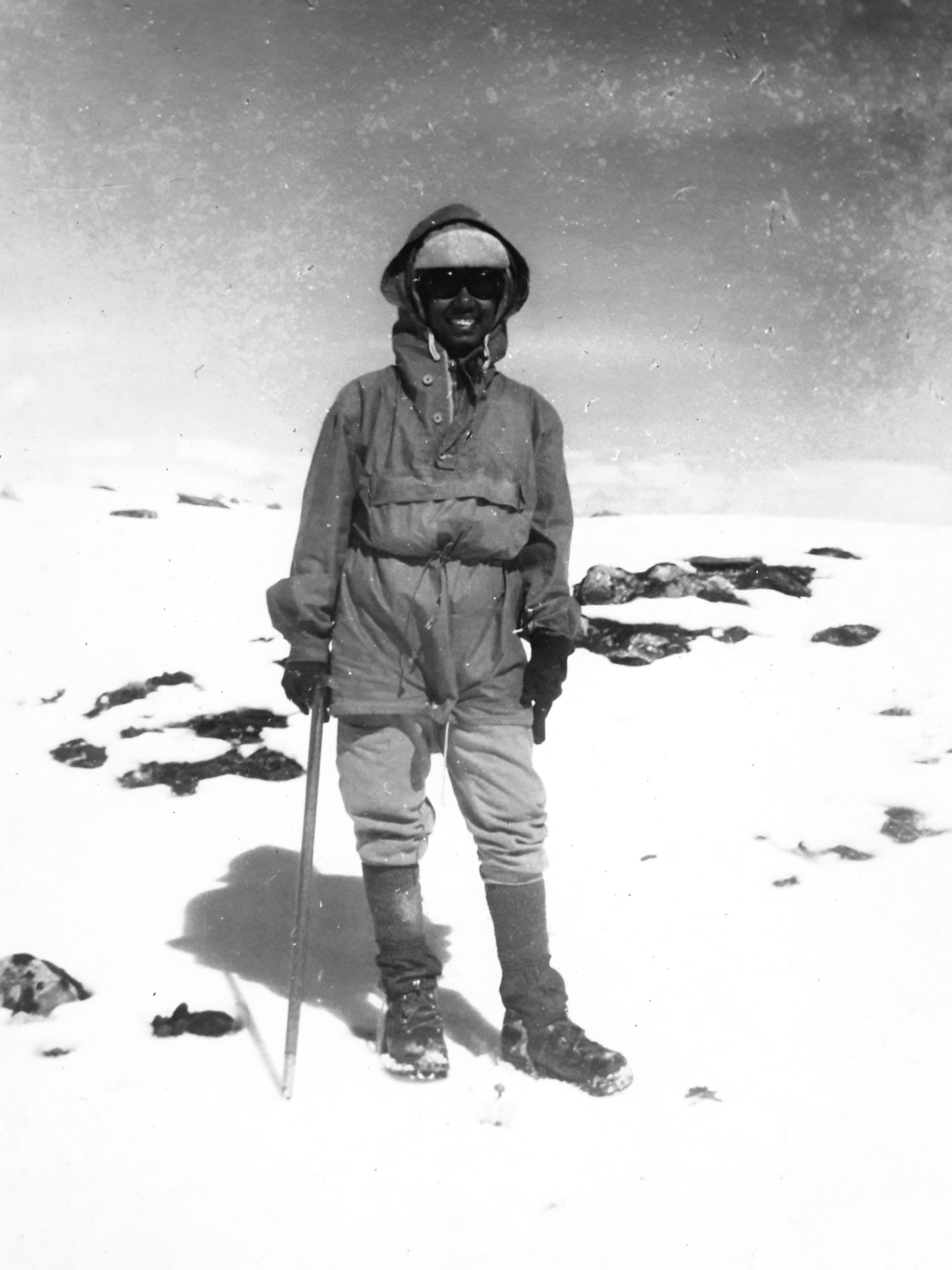 As my story shows, even 50 years ago the area was unstable.

Both sides of the Ronti gorge, which we climbed at the start of the expedition, were very steep. The area was full of loose boulders embedded in soft soil. A fall would take us down to the bottom of the gorge, so we climbed with the help of our ice axes. We had to be careful because any displaced rock or boulder could hurt the person below.

Later, when we were ascending the steep slope of the glacier, it was quite a difficult climb. Even with ice axes and crampons, we found it difficult to negotiate. We observed that there were frequent avalanches along the Ronti glacier, which caused concern.

The area has changed a lot since our climb. While I have not visited Chamoli for 30 years, conversations with friends and looking at photographs since have revealed that the area has been transformed beyond recognition in the name of development.

When we started out from Reni, we trekked along the southern bank of the Rishi Ganga through forests of juniper, oak, birch, deodar and pine, with a thick undergrowth of cane and stinging nettle. The whole area was covered by forests which seemed almost untouched. There were no tracks or mountain paths, and we had to cut the undergrowth in places.

Our base camp at 13,500ft was above the tree line, on a grassland with a few rhododendron trees. The area was surrounded by hillocks of varying heights and there was a stream running through the hills. A series of hills with sharp arrow-like peaks lay to the east. Protected from three sides, it was an ideal place for camping. It was one of the most beautiful places I have visited.

What is the Chipko movement?

An environmental, non-violent protest against felling of trees in the 1970s

But today, despite the fact that Reni village is famous for the Chipko movement, felling of trees has diminished the heavily forested areas. Uttarakhand has lost over 50,000 hectares of forest in the past 20 years. Chamoli is one of the most affected areas, losing 3,636 hectares. The major causes of this deforestation are mining, road construction and power-distribution lines, followed by building railways, defence and building construction.

Joshimath and other nearby towns have become popular tourist destinations, with thousands of hotels. Joshimath is connected via a ropeway to the hill station of Auli, where a new ski and winter resort have sprung up.

Then there are the concrete hydropower dams, tunnels and highways that have been built, involving frequent blasting, without taking into account the area’s fragile environment. More than 80 small and large hydropower plants are operation in Uttarakhand.

Finally, global warming has caused the melting of the smaller glaciers, producing hanging glaciers at many places. Fissures and crevasses have developed all over these. It has been reported that months before the landslide, a large crack had developed below the Ronti peak.

It was so sad to learn that the beautiful area we visited suffered such a calamity; so many lives lost in a matter of a few minutes. However, this was a situation that was waiting to happen. 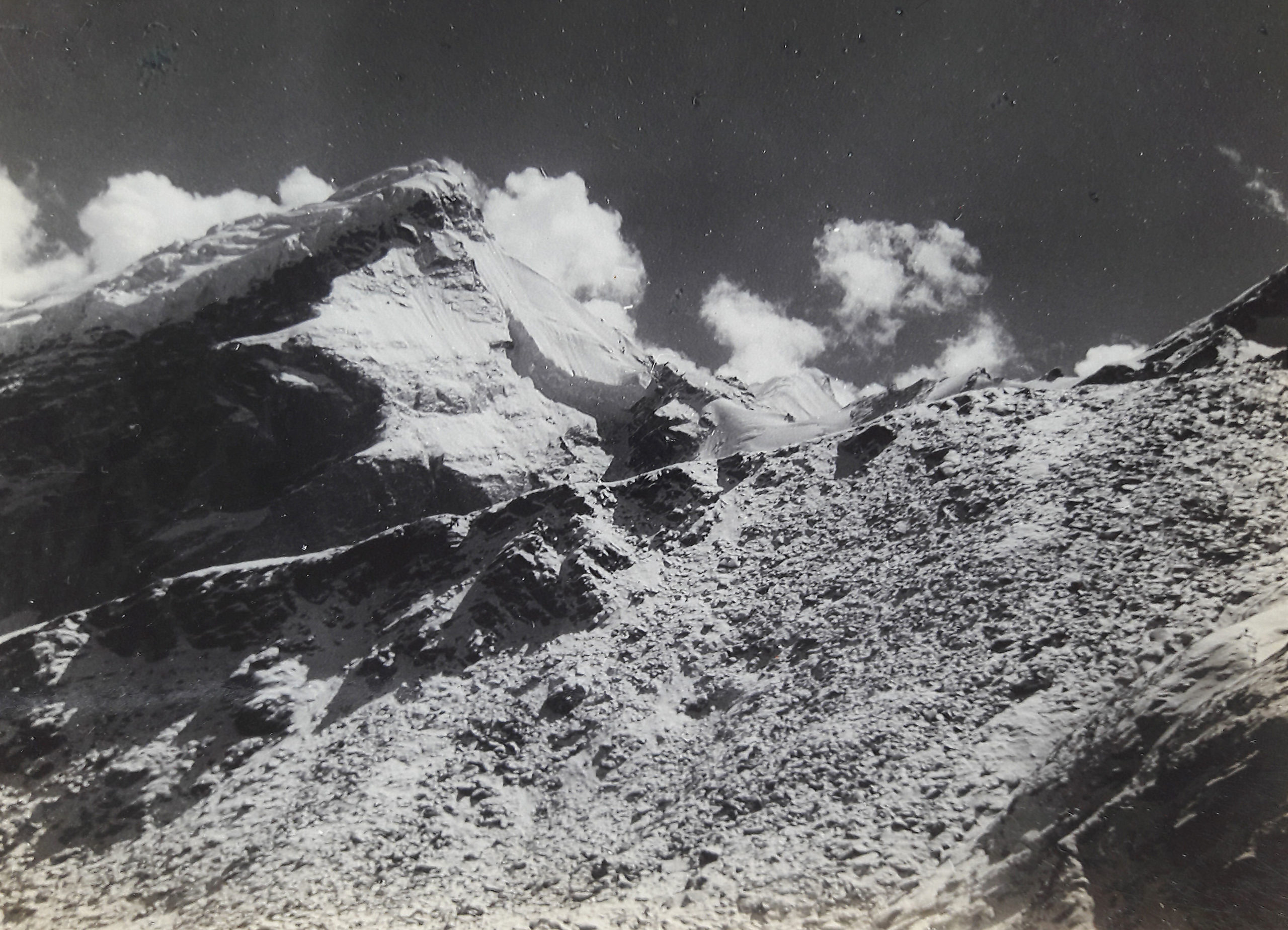 Scientists fear similar disasters may happen more frequently in the future. The Himalaya are an earthquake-prone zone. Even a low-order earthquake can trigger calamity in many parts of this region. Of nearly 1,500 glaciers of the entire Himalaya, only 35 are being properly monitored. Thousands of glacial lakes have formed in different parts of the Himalaya in the past few decades which are potentially capable of releasing large volumes of water suddenly. These will cause serious damage if they burst.

The catastrophe in February tells us that time is ticking, and the need of the hour is for all parties and stakeholders to sit together and tackle these problems. We have to save our precious Himalaya and all the people living in the lower reaches and river valleys before it is too late.

Uttarakhand disaster: Are there lessons for Jammu and Kashmir?