In Tibet, a centralised approach to communities with a history of mobile grazing led to the overgrazing of the delicate highlands. A second approach, which gave rights to groups, but settled them on specific plots of land, has not helped either. Going back to traditional methods may be the best way forward, but entrenched interests created from old policies stand in the way. This has great relevance for South Asia, and not just in the Himalayan areas. Colonial policies during British rule either criminalised mobile indigenous grazing communities, or forced them into sedentary lifestyles. Post-colonial regimes continued many such policies, to the detriment of both the environment and indigenous groups. – eds

The livestock industry is responsible for 14.5% of all human-induced greenhouse gas emissions. Many are asking how levels can be greatly reduced, including high up on the Tibetan plateau.

On the Zoigê grasslands (also known as Ruoergai) on the eastern edge of the plateau, researchers have been studying emissions from two grazing methods, and have recently published their findings.

They compared “household grazing”, where livestock are kept in fenced-off ranges of land all year round, with “community grazing”, where herds share larger communal pastures and can be moved around according to the season.

They found the communal pastures resulted in much lower emissions.

But household grazing is well-established in China and experts say moving away from it will not be easy.

The research team, led by Li Wenjun of Peking University, focused on the villages of Axi and Re’er. Using the lifecycle assessment method, they found the community grazing practised in Re’er was less intensive, allowing the pastures to recover more quickly and, importantly, to store more carbon. This resulted in significantly lower levels of greenhouse gas emissions than in Axi, where household grazing is practised.

Studies in the source region of the Yellow River have similarly shown that the communal system, based on relations of kinship or trust between herders, reduces the intensity of grazing, resulting in better pastures for the animals. According to Peng Kui, an expert with the Global Environmental Institute involved in these studies, this is also because households usually have fewer animals under the community-based system. 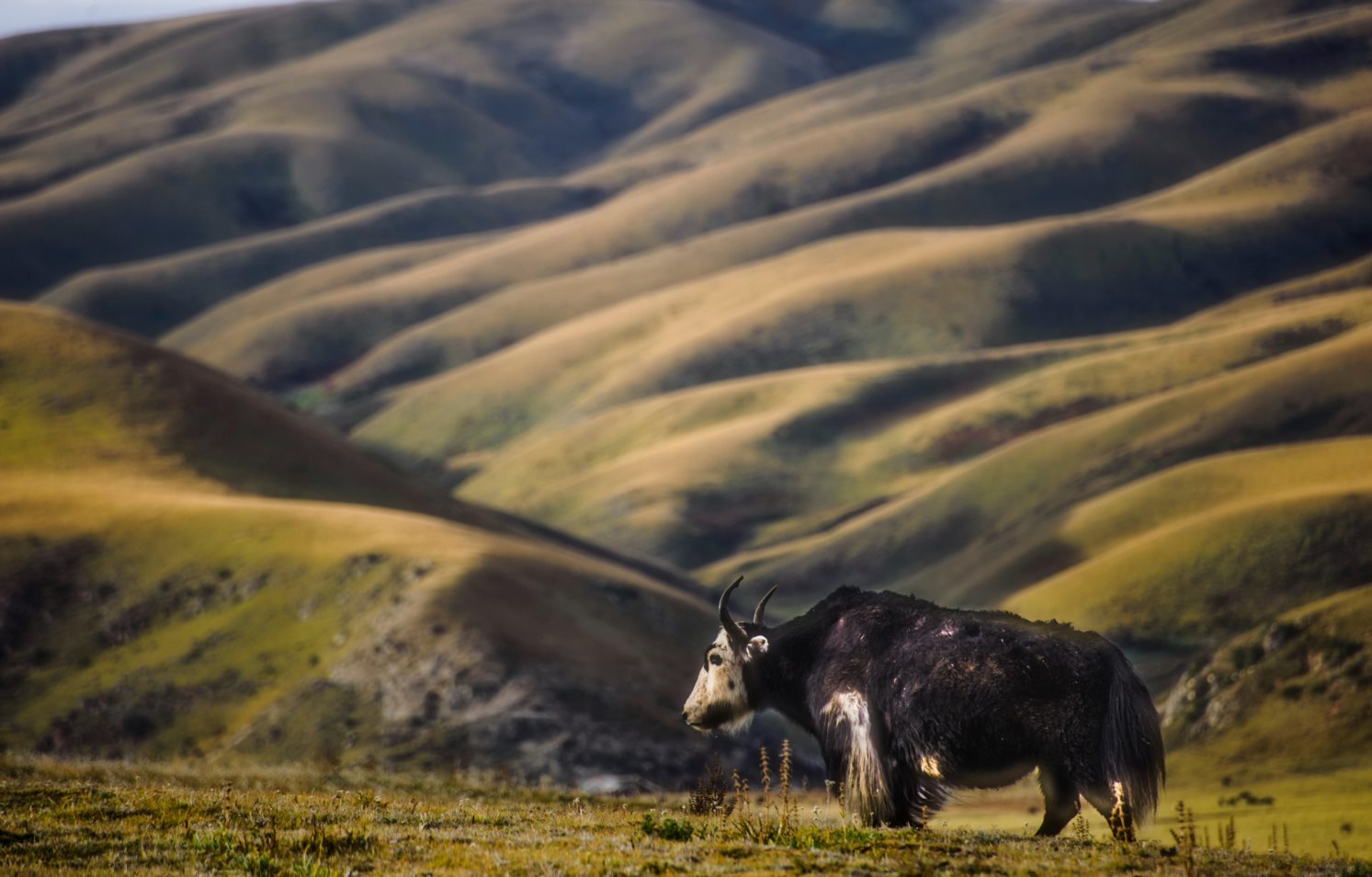 Yak on the Tibetan plateau [image by: Novarc / Alamy]

From the ‘tragedy of the commons’ to community grazing

Traditionally, nomadic herders coped with the hardships of life on China’s grasslands by moving their animals around in search of the best pastures. Although they would usually visit well-established seasonal pastures to which they held traditional rights, land ownership was not clearly or legally defined. Things changed with the founding of the People’s Republic of China in 1949, when herders were brought together into “people’s communes” and both livestock and land were managed at that level.

This more collective approach, combined with population growth and pressure from the authorities to boost production, led to overgrazing. This was clearly seen on the Xinjiang grasslands, one of China’s three major grasslands, where sheep and goat numbers rose from 7.65 million in 1949 to 24.32 million in 1985.

The resulting damage to the grasslands was blamed on the “tragedy of the commons”: when ownership of land is unclear, herders overuse it until it is exhausted. With China’s opening up in the 1980s, the authorities initiated a new wave of land reforms for rural areas. Although land is still owned either collectively or by the state, these reforms assigned usage rights to individual households, giving them responsibility over their own clearly defined plots. The authorities hoped this would motivate them to properly care for their land, and boost production.

The system arguably worked well in many parts of China, but on the grasslands it meant a shift towards household herding, with herders building fences to divide the grasslands up like fields.

Just like the people’s communes, it has become clear that these enclosures have not been good for the grasslands. 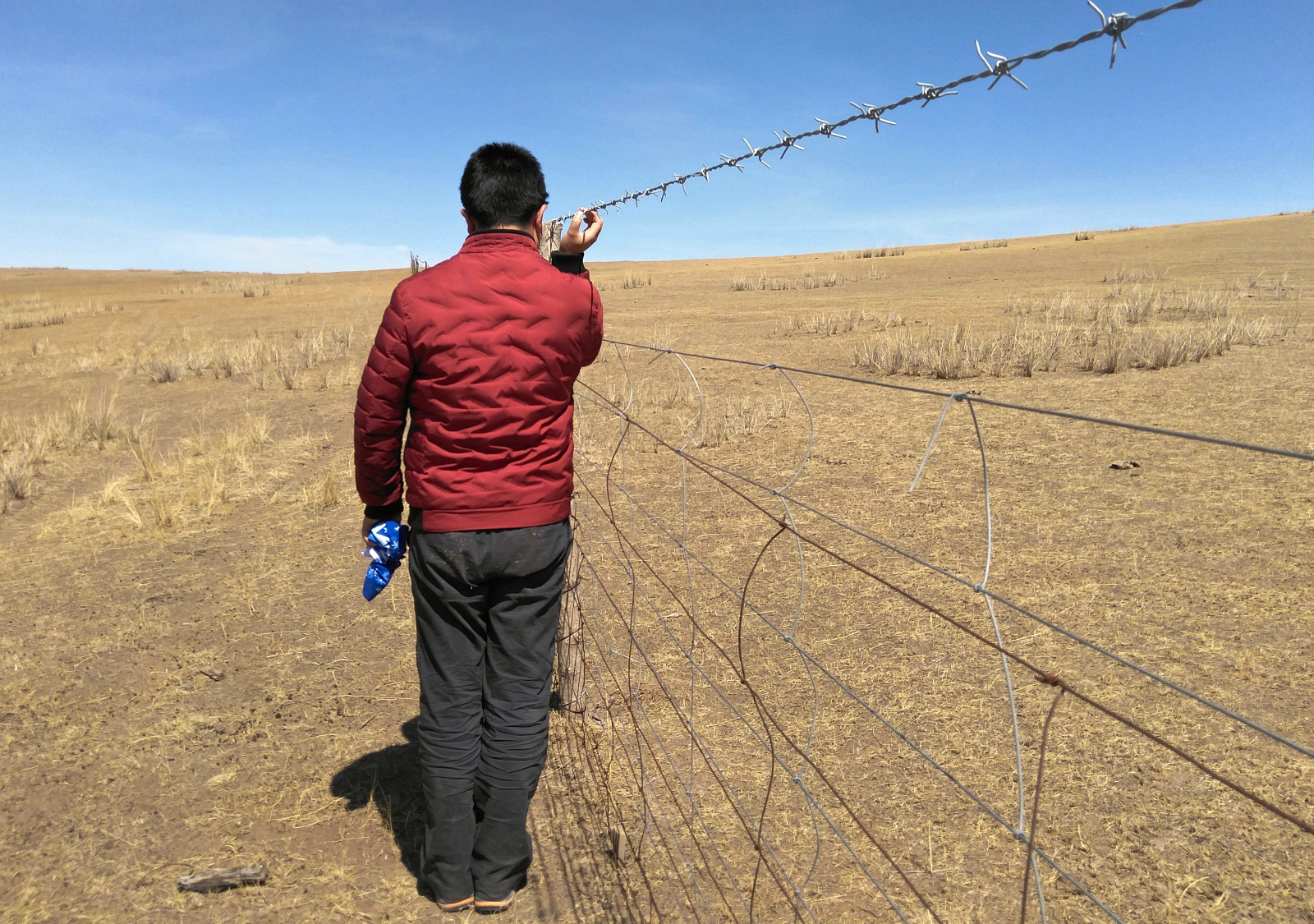 Shao Wenjie of the Grasslands Wolf Environmental Commune, a group working to protect the wild environments of north-west China, thinks the fences have damaged the natural order of the grasslands, increasing costs for individual herders and forcing them into overgrazing. He points out that keeping large numbers of animals in one place damages vegetation and soil. It also means the animals are less active and have a less varied diet of grasses, making them unhealthy, thinner and less fertile.

Other environmental experts add to this list. The fences also prevent the movement of wild animals which help spread grass seeds, they point out, thus making it harder for the grasslands to regenerate, creating a vicious circle of degradation.

Despite all this, calls for removing the fences are not yet mainstream, and grassland management remains based on rights to parcels of land.

A 2013 central government document called for the usage rights to every piece of land, including on the grasslands, to be clearly registered; a process which has since been largely completed.

In addition, fence-building targets continue to increase. Plans for the grasslands published by the Ministry of Agriculture in 2017 set a target of 2.25 billion mu of land (150 million hectares) to be enclosed by 2020 – an average annual increase of 8%.

The idea of community grazing is, in many ways, a return to traditional methods, with herders sharing pastures. The only difference is that land-usage rights are clearly defined in line with current state policy.

But Peng Kui explains that removing the fences to allow for this method of grazing would mean tackling an already deep-rooted land policy that has created entrenched interests as well as social issues – a huge challenge.

In his analysis, the reforms of the 1980s led to the breakdown of old community structures on the grasslands and the subsequent loss of the capacities needed to manage a more communal approach. Herders now see their interests tied up with the land they have been allocated. Those with the best grazing land are particularly reluctant to see changes. 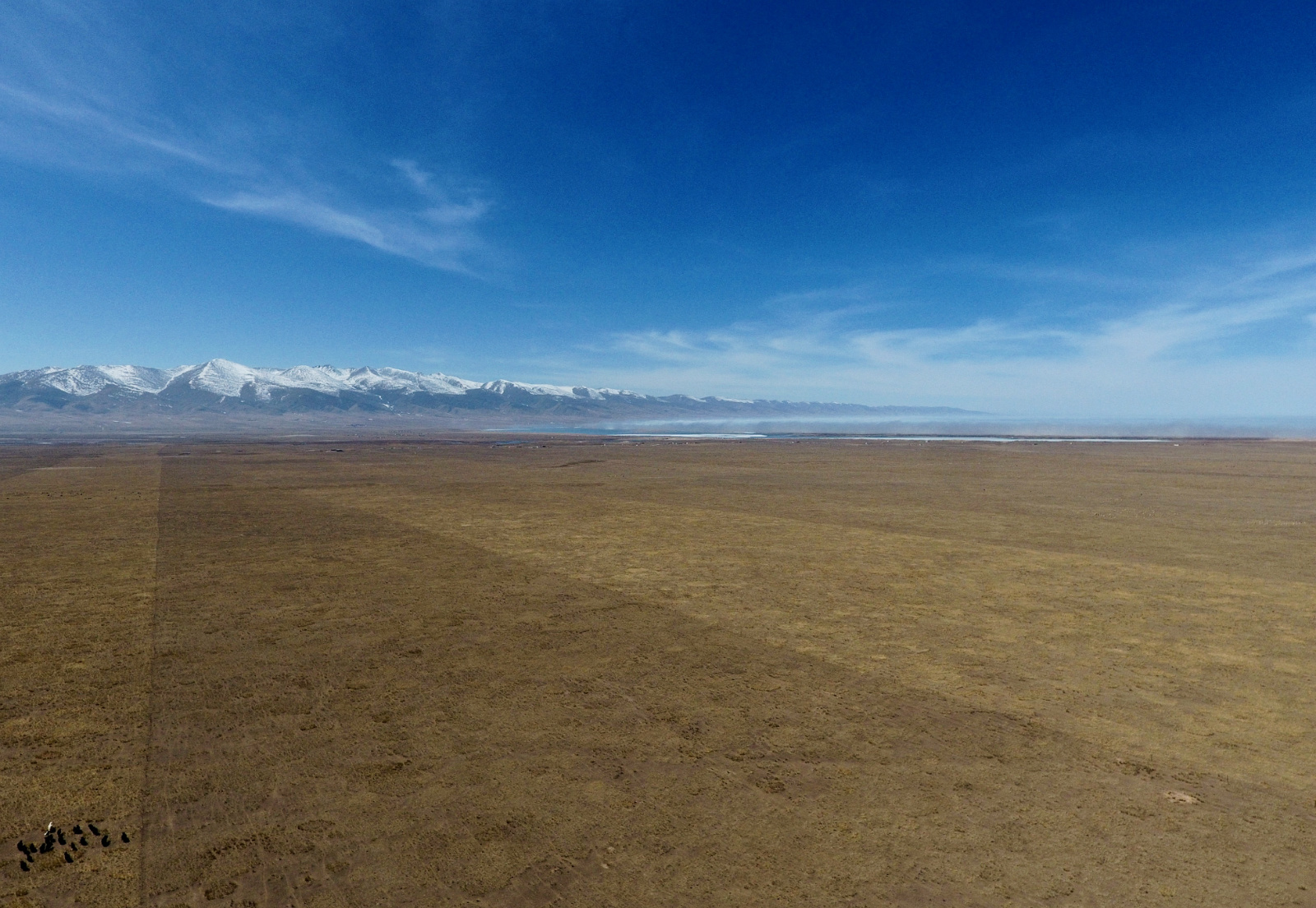 In the Qinghai township of Daotanghe, the grasslands have been divided up into large strips using fences. The appearance of each enclosure differs according to how each household manages their land. Yaks are visible at bottom left [image by: Shao Wenjie]

Liu Jiawen of the National Forestry and Grassland Administration suggests that calls for fences to be removed come in part from herders unhappy with the size of their current allocation. He also argues that removing fences would lead to a return to the “tragedy of the commons” and possibly also to disputes.

But these challenges do not mean change is impossible. Peng Kui suggests community grazing should be trialled on a voluntary basis. “It’s not necessary to change the entire policy. The government could put some incentives in place, encouraging herders to volunteer to try community grazing, using individual parcels of land in turn, or removing some fences,” he said.

In addition, as the Zoigê grasslands study showed, community grazing is already being practised in some places, such as Re’er. In Qinghai province’s Maqin, land rights were never allocated at the household level, but rather to the village. This has allowed families to continue to graze their livestock together on shared pastures. A more radical example is seen in Qinghai’s Yushu, where support from local authorities and an environmental organisation have led to the voluntary removal of all fences for trials.

According to Peng Kui, another advantage of the community model is that, because herding responsibilities are shared, there is less work for individual households. This means herders would have more time to boost their income through other kinds of work. Peng Kui says the government should provide support and training to help the herders with this. He adds that the government should also provide subsidies or rewards for grassland restoration and protection.

Feng Hao is a researcher at chinadialogue, where this article was first published

'Community participation is a must for water management'