Every spring, some 40,000 people travel to the pastures of the Neelum valley, along with 300,000 livestock. They ascend to altitudes of up to 10,000 feet (3,048 metres) to graze their animals on the open meadows of the high Himalayan valley, and stay until the end of August. The four months of high-altitude grazing allow the rest of the family at lower elevations to grow fodder which will keep the animals alive through the snowy winter, Saddaqat Hussan Shah, chair of the Neelum Valley Development Board, told The Third Pole.

But this year, pastoralists were hit hard by severe summer snow. On 21 and 22 June, up to four feet of snow fell in the Neelum Valley, killing 1,932 goats, 350 sheep, 80 cattle and 20 horses, according to Akhtar Ayub of the District Disaster Management Authority, Neelum Valley.

“We lost 107 goats due to the June snowfall”, said Chaudhry Shabbir, a 45-year-old pastoralist from Mansehra in Pakistan’s Khyber Pakhtunkhwa province. Along with two fellow members of the Bakarwal nomad community – plus 650 goats and sheep – Shabbir had travelled 200km on foot to reach pastures at Ratti Galli in the Neelum Valley, at 12,139 feet (3,683 metres). There they spent one and a half months grazing their livestock before the snowstorm hit.

“We were not expecting snowfall, nor was there any prior warning,” Shabbir said.

52-year-old herder Shah Zaman had come to the 12,000-foot high Noori Top from the outskirts of Muzzaffarabad with 1,025 sheep and goats. He lost 240 animals, mostly goats. Aside from the cold itself, the snow brought other unseasonal dangers. “Some of our goats were killed by local bears that normally stay on top of the mountains but come down during winter snowfalls,” Zaman said. 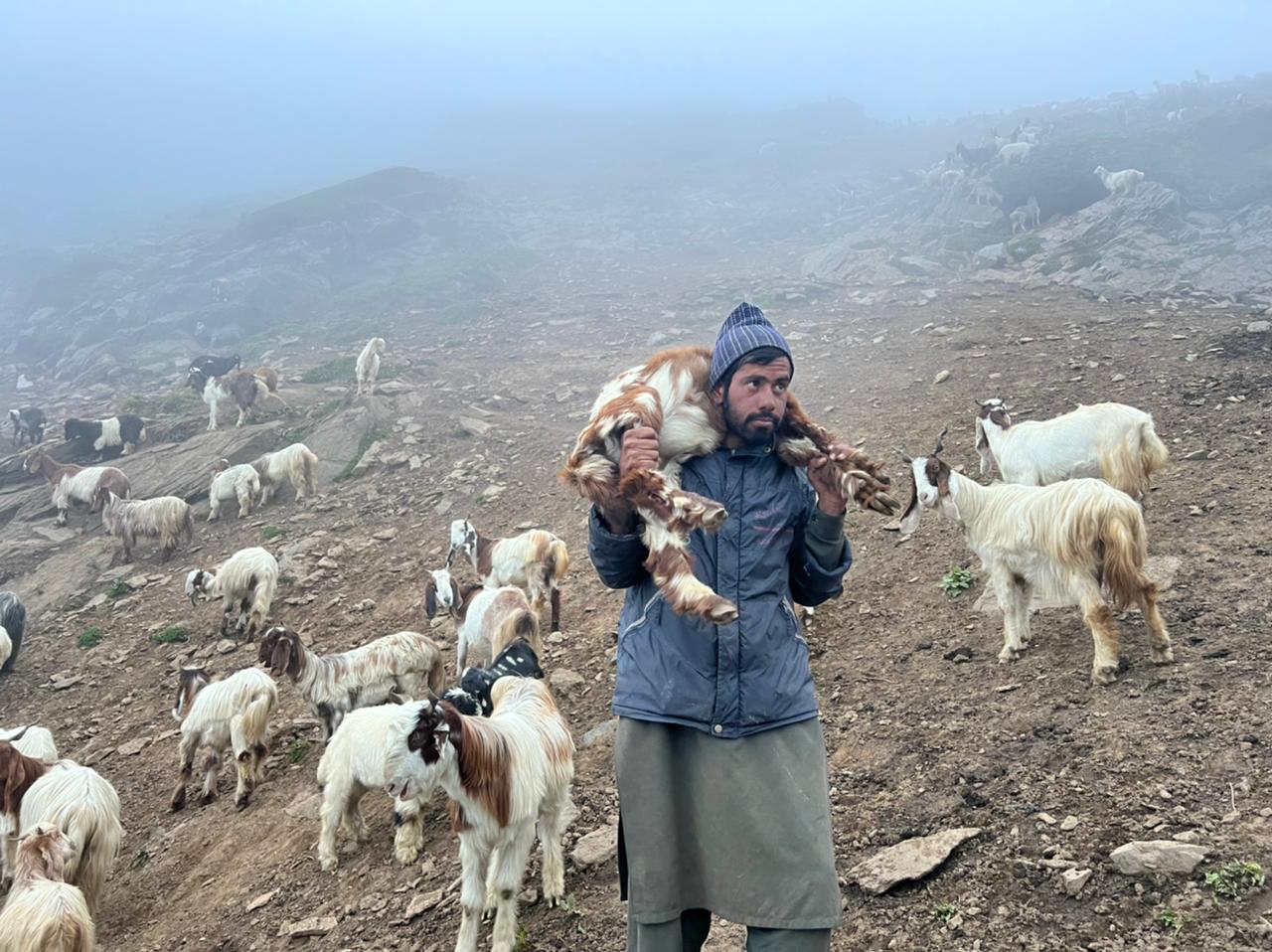 The heavy snowfall ignored the division of Kashmir between India and Pakistan. On the Indian side, the meadows around Marsar Lake in south Kashmir are part of a vast circuit of grasslands located at altitudes of 13,000 feet (3,962 metres) and above in the mountains surrounding the Kashmir Valley. The pastures of the valley provide a summer refuge for almost two million sheep belonging to 70,000 farmers, according to data compiled by the region’s sheep husbandry department.

But this year, summer snow brought heavy losses upon herders in the mountains of south Kashmir. It snowed heavily between 19 and 22 June, covering the lush green meadows with a layer of snow two to three feet deep, according to multiple shepherds in Marsar and Khimsar. Sonum Lotus, head of the Sringar Meteorology Centre, told The Third Pole that the centre does not have an observatory in the mountains, so could not verify the depth of the snowfall. Nonetheless, along with heavy rain in the plains, the incident was declared a State Specific Natural Disaster by the administration in Jammu and Kashmir.

I have lived all the summers of my life in these mountains. It had never happened before, that it would snow in June

“I felt my hour of death had come,” recalled Assadullah Chopan, a week after the snowstorm hit Marsar. Chopan had travelled to the mountain pasture with a flock of 1,600 sheep in early June, via a treacherous four-day journey from his home in Khrew township. “I prayed for forgiveness and thought this is how my life is going to end. There was nothing that I could have done to save myself and the sheep,” he said.

At 13,000 feet, ringed by rugged mountains on all sides, he was far away from help and all signs of modern civilization, he recalls. Nearly 100 of his sheep died in the storm. Some died from the cold, while others fell off a cliff as they tried to escape the icy winds.

“I have lived all the summers of my life in these mountains, but this was the first time I lived through a snowstorm. It had never happened before, that it would snow in June,” said Chopan. 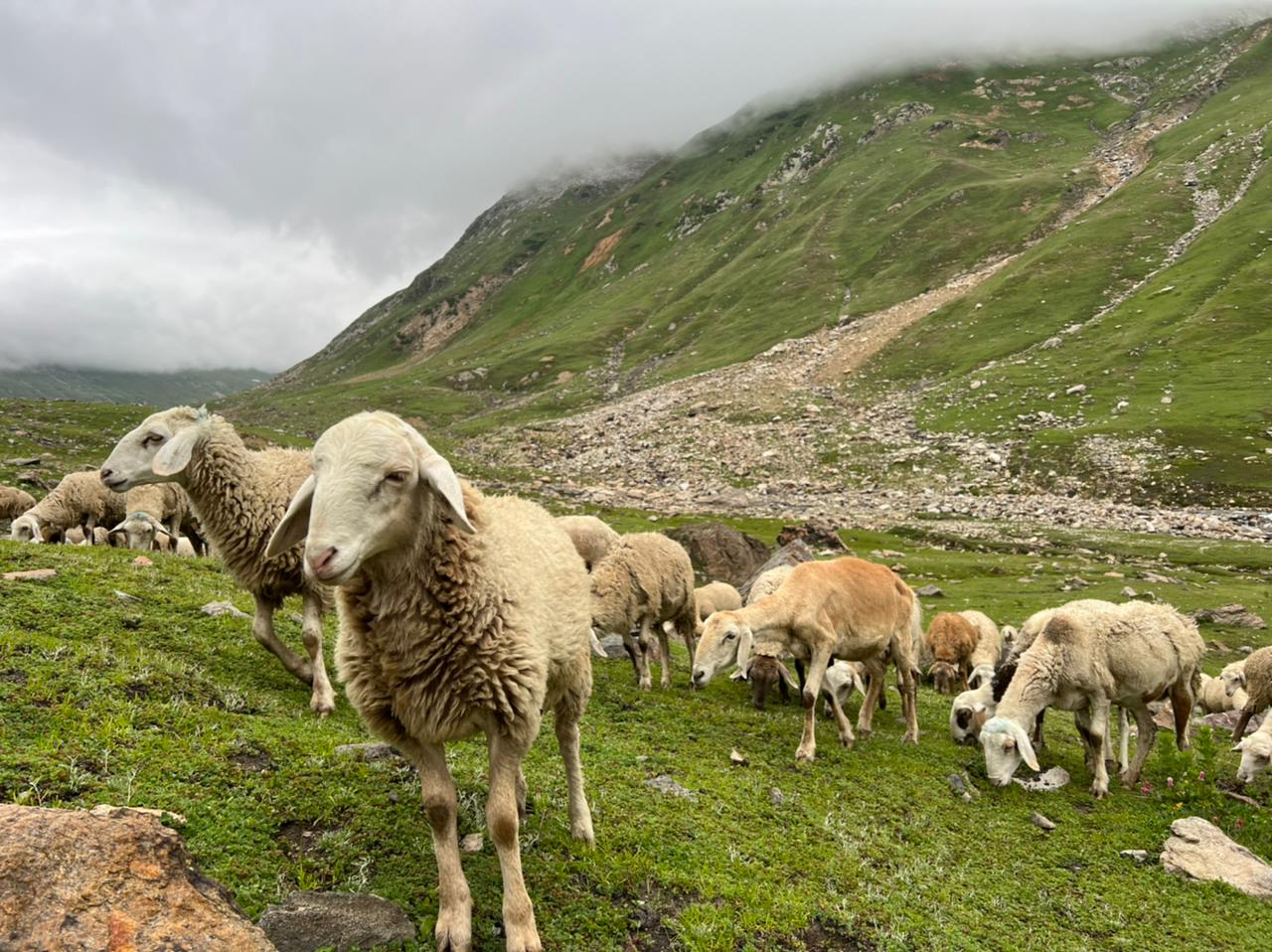 An official at the sheep husbandry department said that they had immediately sent out teams of veterinarians and paramedics, who had to trek for several days before they could assess the damage. 7,000 sheep were killed in the snowstorm, according to a count compiled by the department. The most severe losses were in central Kashmir’s Budgam district, where 1,500 sheep died, an official at the department told The Third Pole.

“Most of the deaths are of lambs who could not withstand the sudden cold conditions and died of hypothermia, and some weak animals also died because of hunger,” the official said.

Heavy snow in summer is just the latest in a string of severe and unusual weather events to have hit the mountains of Kashmir. It followed a snowless winter, and a scorching hot and rainless spring.

The seeming disruption of climatic balance in Kashmir is having a severe impact on the lives of herders like Chopan who, generation after generation, have earned a living by herding sheep to highland pastures where the weather would usually remain mild, and grass would be plentiful through the summer months.

“We are in the midst of a severe climate crisis,” said Irfan Rashid, assistant professor at the University of Kashmir’s Department of Geo-Informatics. Rashid warned that climate change will “expose mountain communities and infrastructure to such unheard-of-in-the-past events,” but worries that we are not prepared. “This is getting out of control,” he said.

His sentiment is echoed on the other side of the border. According to the Pakistan Meteorological Department, the June snowfall in the Kashmir mountains was caused by high-speed winds at high altitudes which originated over the Atlantic Ocean, bringing widespread precipitation.

“Intense weather systems reached high mountains above 10,000 feet, and precipitation came in the form of snow and ice crystals,” Sardar Sarfraz, a meteorologist at the department, told The Third Pole. “We haven’t seen or heard of snow falling in June before. We can link it to climate change because it’s a rare phenomenon,” he added.

Sardar Muhammad Rafiq, director of the Environment Protection Agency on Pakistan’s side of Kashmir, said that there has been summer snowfall in the Neelum Valley at 14,000 feet in the past, but that would be around 1.5 inches. This year was the first time that the Neelum Valley has seen three feet of snow at an altitude of 10,000 feet in summer, he said.

“It would be too early to say this snowfall is a climate change phenomenon,” said an official at the Environment Protection Agency. “We would call it climate change only if it repeats next year.” 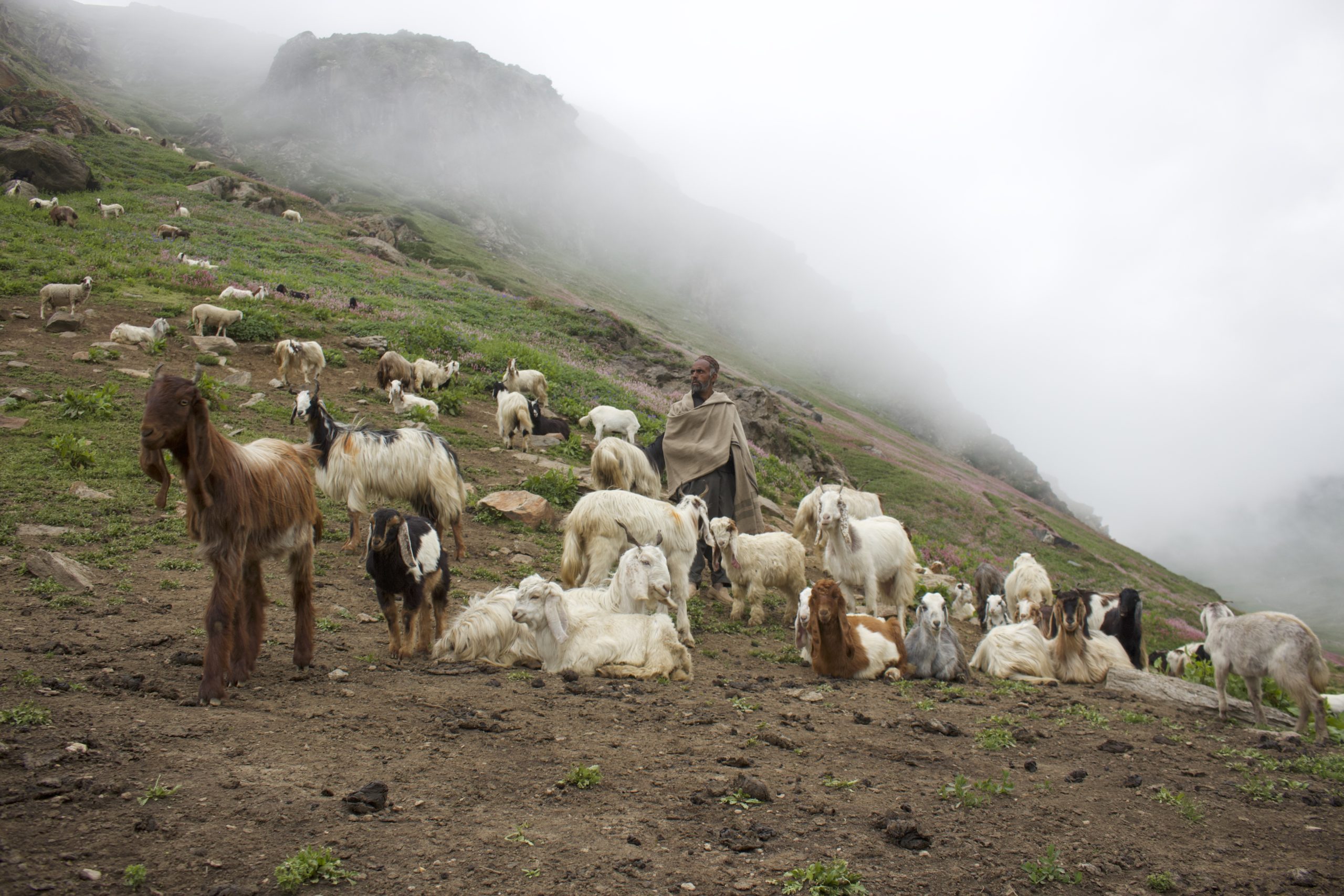 For many herders in Kashmir, climate change is an unfamiliar concept. Instead, they are likely to understand extreme weather events as a form of divine retribution. (Image: Sajid Mir)

But for herders like Chopan, who are mostly illiterate or semi-literate, the concept of climate change is difficult to understand; instead they find refuge in faith. “There is a shrine in these mountains and its custodian these days is not a good man, that is why this happened,” Chopan said.

For villagers in Nepali Himalayas, climate change is a signal of divine revenge

Pastoralists push for recognition at the UN

Farmers in mountainous areas of Pakistan feel the heat