Eighty-year-old Abdullah’s full name is Abdullah Wadero. In Sindh, Wadero is a title given to big landowners. Abdullah used to own 150 acres of farmland in Kharo Chhan, a coastal area in Sindh’s Thatta district.

Now he owns nothing.

All the land has been swallowed by the Arabian Sea, rising due to climate change; and by the sinking of the delta, as dams upstream have stopped the flow of sediments that build deltas.

Since 2003, Abdullah has been living in Ibrahim Hyderi, a village near Karachi, and running a fishing business.

Talking of Kharo Chhan, Abdullah says, “Now nothing is left there. All went into the water. First, the water from upstream was closed by doors (read dams and barrages). Then the sea started rising.”

He can recall the 1960s, when nearly half a million lived in Kharo Chhan. They grew rice and other crops. They fished in the delta and the sea. Now all their lands have either been drowned by a rising sea or have turned saline.

The 1960s was the decade of dam building in Pakistan – Guddu Barrage and Mangla Dam in 1962, and Tarbela Dam in 1968 were the biggest. All affected water flow to the Indus delta and the sea in theory. In fact, until the 2010 flood, the Indus had not reached the sea for decades.

Nazeer Mirbaher and his extended family of 17 were forced out of Kharo Chhan just two months ago. They have also settled in Ibrahim Hyderi. Mirbaher says in the election of 2018, just 1,200 voters were registered in Kharo Chhan. “Now, only a few people are left there.”

The major reason they were forced out of home is scarcity of water. “Not only drinking water; we don’t even have water to bathe a corpse before burial.”

Reports that the Pakistan government is planning more dams upstream in the Indus and its tributaries have scared residents further, says Mirbaher. In Kharo Chhan, Mirbaher used to make a living through fishing. He is doing the same in Ibrahim Hyderi. “The only difference is, I owned my house there, here we live in a rented house.”

Moazzam Khan, WWF-Pakistan’s technical adviser for marine fisheries, points out that with the decline in water flow, the sediment flow stopped as well. Today, the sediment that earlier built the delta can be found spread over a 3,000 square metre area in the Indus riverbed, he says. That led to the sinking of the entire delta. (This is not peculiar to Pakistan, the same thing has happened in the Ganga-Brahmaputra delta at the eastern end of South Asia as well.)

On top of that, a major cyclone hit Sindh in 1999 from which the area has not fully recovered. “It may take another decade to overcome it,” said Moazzam Khan, pointing out that two big freshwater lakes, Narheri and Jhabbo, have turned saline. “Jhabbo is a Ramsar site.” That has not saved it.

There is another reason for the sinking of the delta – excessive withdrawal of groundwater. Moazzam Khan pointed out that agriculture in Thatta, Sujawal and Badin regions of the Sindh coast are now all dependent on groundwater. “That has created another opportunity for the sea to penetrate.” Aquifers have gone increasingly saline.

Usman Tanveer, deputy commissioner of Thatta, said, “In the last four years, there has not been much sea intrusion in this district.” However people have been showing him spots where they used to own land, but which is now under the sea. “Land erosion has also took place in KT Bunder and other areas,” Tanveer added.

Residents have adapted to the changes by migrating out of the region, first from one island to another, and then to Karachi or other big cities in Pakistan, and even abroad.

Muhammad Ali Shah, chairperson of the Pakistan Fisherfolk Forum, says, “Around 1.2 million people have migrated to various villages of Karachi alone from Thatta, Sujawal and Badin areas.” He puts the area lost to sea since the birth of the Pakistan in 1947 at 3.5 million acres. “There has been no scientific survey, but we have surveyed it by listing the areas affected by sea intrusion.”

Muhammad Suleman, 22, was very young when he moved with his parents from Thatta to Karachi in 2003. “Around 80% of the people there have migrated” he said. “There are no livelihood opportunities left over there.” He is upset because these people, forced to migrate, have not received any compensation from the government. “Nothing has been given to us in compensation when our lands and houses have been drowned. Even the elected representatives did not provide any help.”

Muhammad Ismail Rahoo, Agriculture Minister in the Sindh government, is a member of the provincial assembly from Badin district. He says he has repeatedly raised the issues of water scarcity and sea intrusion in his area. “But no action has been taken by the federal government,” said the minister’s spokesman Imran Sangi.

Tahir Qureshi, senior adviser on coastal ecosystems at the International Union for the Conservation of Nature (IUCN), refers to one Sindh government survey in the 1990s that had placed the area lost to sea intrusion at 2.3 million acres. However, one representative of the Sindh Board of Revenue says his department has no “concrete record”.

Qureshi says the Indus delta actually started sinking in the 1920s, with the construction of the Sukkur Barrage in 1923. Before that, 150 million acre feet water reached the delta every year. After that, “water kept slowing down and the scarcity started in 1950.” Kharo Chhan, KT Bunder, Shah Bunder, Sujawal, Jati – many well-known areas where once farmers grew paddy, wheat and other crops were lost to sea water intrusion.

Now global warming contributes to saline water intrusion, as the sea level is rising. “Water level is rising in the sea. North and South Pole ice is melting.” Cyclones are getting more frequent and more intense. 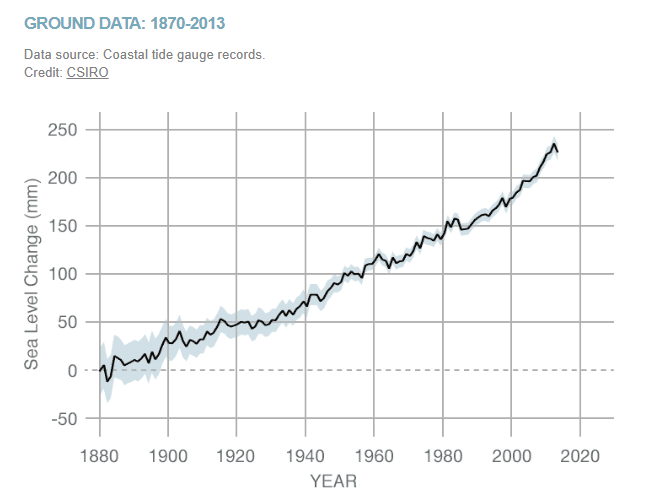 Qureshi referred to IUCN’s work to deal with the issue. “We are seeding mangroves. This can curb sea intrusion. Sindh Forests Department has done a good job; we are working with them. These biological walls can control sea intrusion. They can serve as the first defence line.” IUCN activities stem from a comprehensive study it made in 2003 – called ecological disaster in the Indus Delta.

Water too salty to drink

Pir Dino Shah, a landlord at KT Bunder, said it is becoming more difficult to use groundwater for irrigation. “Groundwater has also become saline. Now, farmers can irrigate only a few small plots. People don’t have sweet water for drinking. Only 20% of the water available underground is sweet.”

Economically speaking, the Indus delta is the most significant part of Pakistan’s 1,000-kilometre coastline from Jewni in Baluchistan to Sir Creek in Sindh. Traditionally, the delta also had the most diverse ecology along the coastline.

Nuzhat Khan, director general of Pakistan’s National Institute of Oceanography (NIO), agreed that, “Indus water was compromised after construction of dams and barrages.” Not only water, sediment also nourished of delta. Now, except during floods, there is no sediment flowing with the water because it is held back by the dams and barrages upstream. And during floods, the water flow is so strong that all the sediment flushes away to the sea.

Nuzhat Khan said, “Delta lands are dehydrated. That pushes the land downwards while the sea moves upwards. The Indus delta was already a low lying area. The situation cannot be controlled until and unless there is sustainable planning.”

Pointing to climate change impacts, she added, “We have not received rains for a long while. Cloudbursts do not recharge the aquifers. All that water drains out. Higher temperatures are raising the sea level, which will affect low-lying areas.”

NIO is planning a study on the intensity of the issue. “It is an expensive study,” said Nuzhat Khan. But “the threat is already there in Thatta and Badin.” Talking about the megacity of Karachi and its plans to reclaim land from the Arabian Sea, she said, “We need scientific study first before any new development.” Referring to sea level rise, she added, “Development (in Karachi) might be expensive in the future.”

Ibrahim Zia, also in NIO, pointed out that neighbouring India has been measuring sea level rise, but Pakistan does not have a single instrument to do so. There was one, which stopped working. “We don’t have a regionally defined estimate of sea level increase.”

See: Ignored by Pakistan, the Indus delta is being lost to the sea

Compulsory waste sorting in China brings wealth to some

'Community participation is a must for water management'