Even as Bundelkhand shrivels under the onslaught of a prolonged drought, the government is going ahead with the Ken-Betwa river linking project – a grand scheme to link two major rivers at this southern edge of the Ganga basin. At a time when moisture has fled the land and the rain-fed rivers are down to a trickle, transporting water some 230 km in a canal, irrigating farmland on the way, appears to be a mirage to many.

“You first need water in order to transport it,” says Ranjit Kumar of Ghusiyari village in Bundelkhand. “Building such a long canal might be all right, but where is the water?” The farmer from Hamirpur district of Uttar Pradesh has a point. Seven years of deficient rainfall in an area the size of Texas has brought the land to its knees. The long drought has now raised the spectre of hunger and thirst for its largely agrarian population.

See: Bringing water back to Bundelkhand

The government says by connecting the Ken river in eastern Bundelkhand to the Betwa river in the west, it will transfer surplus water of the Ken basin to the Betwa basin. This will irrigate an estimated 47,000 hectares of land and provide drinking water in remote villages of Chhatarpur and Tikamgarh districts of Madhya Pradesh and Hamirpur and Jhansi districts of Uttar Pradesh. The project, which will cost around INR 10,000 crore (USD 1.5 billion) and take about nine years to build, is part of a national plan of linking India’s rivers that is being pushed hard by the current government despite many warnings.

Despite this, central water resources minister Uma Bharati claimed recently that there was no dispute over the river-linking project. Earlier in April, the minister, who is from Bundelkhand, said, “I am confident that the work on Ken-Betwa link will commence soon.”

In the last few days, there have been media reports on millions of people going thirsty because environmentalists are supposedly holding up the project “for the sake of two tigers”. The Ken-Betwa link canal is planned through the Panna National Park, which has two tigers now. Environmentalists have spoken about the harm this will cause to the Ken’s riparian ecosystem as well to local biodiversity, affecting several endangered and vulnerable species.

Who needs the water more

These admittedly serious concerns have however diverted attention from looking closely at the claimed usefulness of linking the two rivers. The huge amount of money to be spent on the proposed project could be better deployed to develop more localized water management solutions, many residents and experts say.

“Irrigation departments in our country are obsessed with building dams. They rely too much on canal-based irrigation. But in Bundelkhand, where soil types change every few hundred metres and the land is undulating, canals are not the ideal method to irrigate farms,” says Pushpendra Bhaiya, a social worker from Banda district in Uttar Pradesh associated with the Apna Talab Abhiyan (Own Your Pond Movement). “Instead, catching the rain where it falls will provide a more sustainable solution by recharging the land at a much lower cost.”

His views find an echo in Amar Nath, a community mobiliser who helps develop micro watersheds in Datia and Tikamgarh districts of Madhya Pradesh on behalf of the non-profit Development Alternatives. “The rivers of Bundelkhand already have too many dams on them. Capturing the run-off through field embankments and small check dams are a much more viable option at the village level. They are also much cheaper.” A canal being built to be part of the Ken-Betwa river linking project [image by Soumya Sarkar]

There are 30 major dams and weirs in Bundelkhand and scores of smaller structures that together feed close to 7,000 km of canals, many of them defunct. Its three major canal irrigation systems were built in colonial times. The Betwa river alone has nine dams across it, with 11 more on its tributaries. 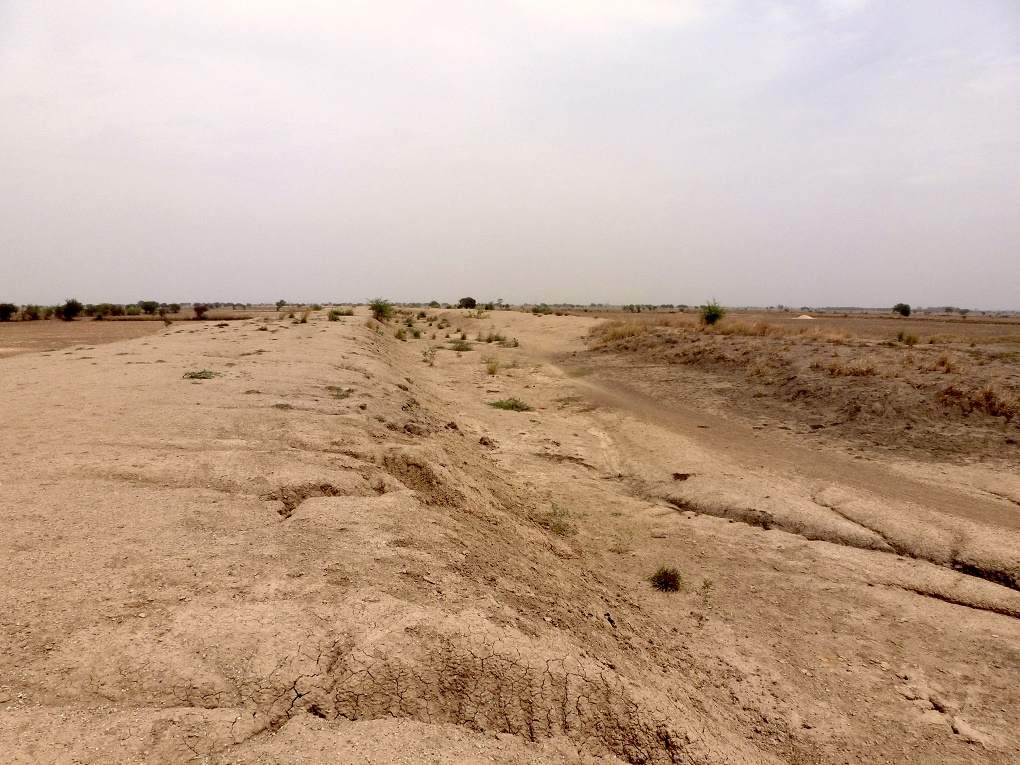 The calculations of surplus water available in the Ken river basin might also be suspect as they are based on historical data that may not accurately reflect the current situation, according to an official of the Uttar Pradesh irrigation department. “Several years of below average rainfall during the monsoon season and accelerated withdrawal of groundwater in the recent past has significantly reduced the water discharge in the Ken,” he said, speaking on condition of anonymity. “This is not reflected in the detailed project report.”

The Ken may no longer have the surplus that is proposed to be transferred to the Betwa basin. Himanshu Thakkar of the South Asia Network on Dams, Rivers and People says right from the beginning the surplus-deficit argument was based on a questionable assumption.

The project developers have assumed that in the Ken basin, irrigating a hectare of farmland will need 5,327 cubic metres of water every year, while a hectare in the Betwa basin will need 6,157 cubic metres. The project report gives no reason for this 16% difference.

On top of that, 67.88% of the Betwa basin area is assumed to be cultivable, while the figure is 57.08% for the Ken basin. Again, no reason is given for this assumption. The rivers run more or less parallel through the central Indian highlands before joining the Yamuna.

Thakkar says the Betwa basin would not be water deficit at all without the many dams, barrages and weirs built and planned in its upper reaches. He is worried that the link canal and its branches will submerge fertile land, while the project will also affect irrigation downstream in the Ken basin.

Environmentalists have also alleged irregularities in assessing the environmental impact of the project.

And none of this takes climate change into account. In its latest assessment report, the Intergovernmental Panel on Climate Change has said one major impact will be higher uncertainty of water availability; there will be fewer rainy days but more intense rainfall on those days. All the forecasts raise doubts about the viability of the river linking plan.

The government has approved the project despite the massive cost, its harmful effects on wildlife and biodiversity and the dodgy data that casts doubts on its viability. The irrigation departments of Uttar Pradesh and Madhya Pradesh have signed an agreement to take the Ken-Betwa linking project forward. The central government has in recent months provided environmental clearances to build the new Doudhan dam in Panna Tiger Reserve. 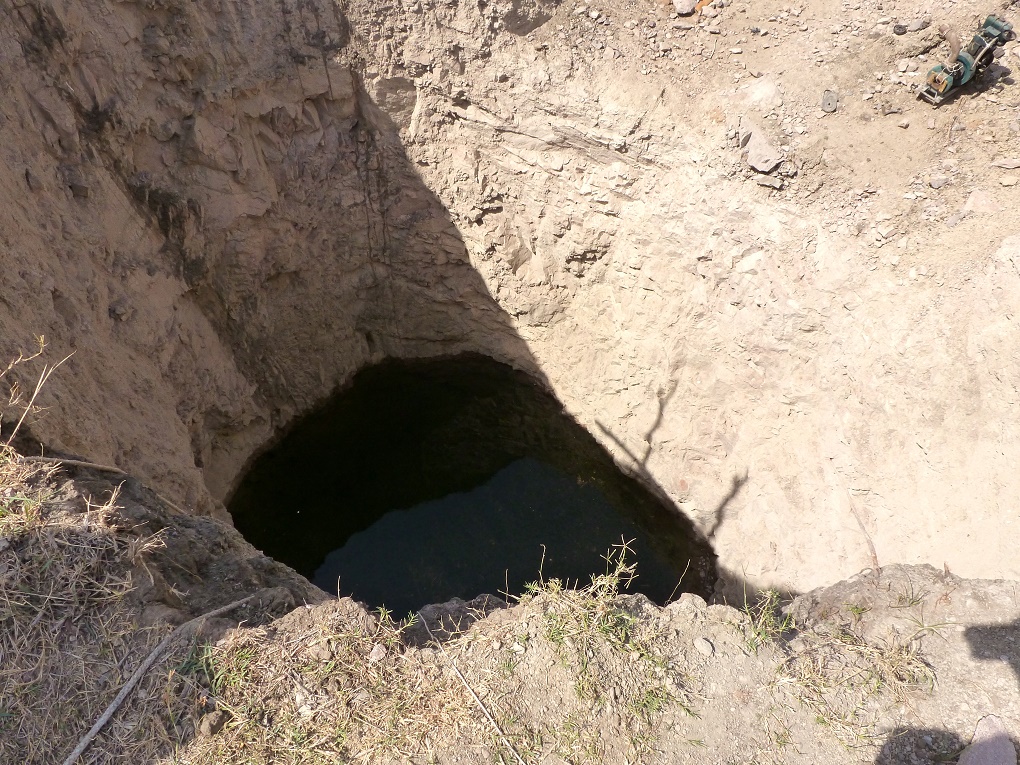 The water crisis in Bundelkhand has to be tackled by managing natural resources in an integrated manner, says Prem Singh of Barokhar Khurd village near Banda town, a farmer who grows organic crops and runs the non-profit Manveeya Shiksha Sansthan (Humanist Education Institute). Despite a long history of being drought-prone, the people of Bundelkhand have till recently lived in reasonable harmony with the land. The disregard of traditional wisdom in the decades after Independence is to be largely blamed for the present predicament, Singh says.

“Instead of the top-down approach of constructing big irrigation projects, communities at the village level have to be actively engaged in conserving water and using the land more efficiently to suit local conditions. A widespread participation of the people in managing water resources is the only way that Bundelkhand can be saved.”