This summer, people across Tajikistan received an official text message informing them that a limit on electricity usage would soon be introduced.

“A combination of climate change and the warming of the atmosphere has led to a 50% decrease in precipitation in Tajikistan (a first in the country’s history),” the message stated. The volume of water in the country’s largest river Vakhsh had fallen by 50%. As a result, it said, the water level of the Nurek reservoir, the world’s second-largest dam, had fallen by 17 metres compared to 2019.

“In order to increase water supplies during autumn and winter, we therefore ask you to understand and observe the limits imposed by Barki Tojik [Tajikistan’s national energy company],” the message added.

Tajikistan is the largest producer of hydroelectricity in Central Asia. About 93% of the country is mountainous, with glaciers covering roughly 6%. This landscape means that the country has hundreds of fast-flowing rivers, the largest of which are the Vakhsh, Syr Darya, Zeravshan and Kofarnihon. As a result, hydropower is Tajikistan’s main source of energy, generating about 95% of all electricity. The backbone of this is the Vakhsh; six of the country’s eight completed hydroelectric power stations are on this river, the largest of which is Nurek.

Electricity rationing is usually imposed in Tajikistan in the autumn and winter, especially after a dry summer. During these months, water levels are low and electricity consumption rises. About 70% of the population experiences extensive shortages during the winter.

In mid-June, before citizens received the text message, week-long power outages were reported in Tajikistan’s northern regions, including in the districts of Ghonchi, Zafarobod, Jabbor Rasulov and Spitamen and the city of Istaravshan.
The Third Pole’s correspondents travelled to Zafarobod in July; the area is famous for watermelons and melons, and the main source of income for the local population is agriculture and horticulture. For most of the day, people did not have electricity. 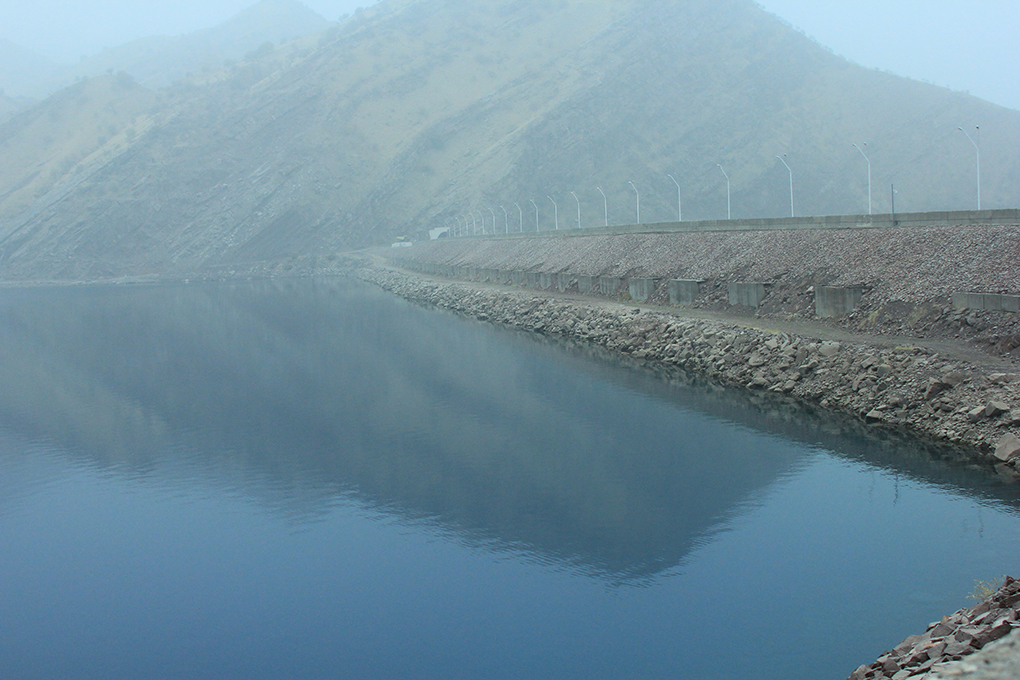 A farmer, speaking on condition of anonymity, said that he needs electricity to use the pumps that irrigate his fields – but that was not possible. “There are 10 people in our family, and our main income relies on agriculture. I grow watermelons on seven hectares. Watermelons and melons are such delicate crops that if they aren’t watered adequately, they can dry and lose their flowers.”

“From June 13 to 22 it was very difficult for me to keep my field adequately watered due to the power outages. They only allowed electricity to come on during the night, and even then, only for two to three hours.”

“If you consider that last year’s profit was TJS160,000 (USD 15,000) during the summer period, then I’ve lost 50% of my income in this week alone due to the lack of electricity. We mainly get our water from the Syr Darya via pumps. But if there is no electricity, then the pumps don’t work.”

Another farmer in Jabbor Rasulov told The Third Pole, “Even now, the electricity is off. What can you do? Rice is a crop that cannot exist without water; to ripen in 90-120 days it needs 75-110 days of water. Now is a particularly important time for the final stage of rice production: the grain filling. The amount of grain dictates the final weight, and all this depends on water.”

“If there’s no electricity for 10-15 days we’ll lose the entire harvest. If you take good care of the crop and it’s well irrigated, then you can get 7.5-9 tonnes of rice from one hectare. But if the present situation continues, the harvest could fall to 5-6 tonnes or even less.”

“Getting water from the Syr Darya becomes more difficult every year… Yesterday I got a text message about the introduction of a limit and I knew this was only the beginning. It would be good if the government could at least find an alternative for farmers, because the work of farmers is totally linked to water.” 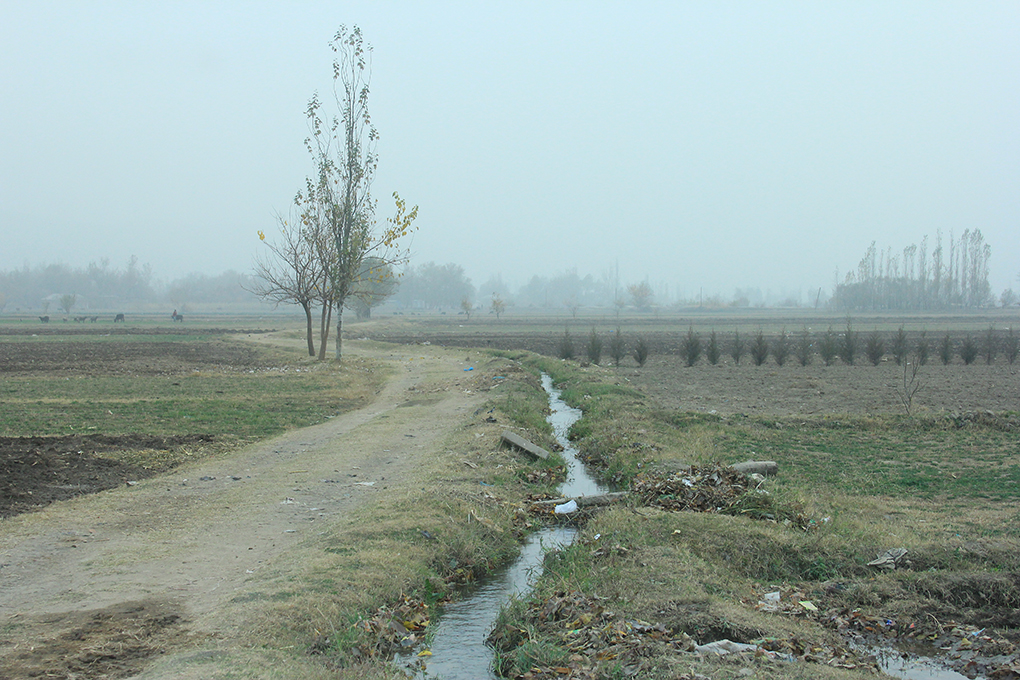 About 70% of the population in Tajikistan is involved in agriculture, and it accounts for around 25% of gross domestic product. The government has developed the sector by pumping water to arid areas, expanding the amount of cultivable land covered by irrigation networks from 50% in the 1960s to 70% in 1990.

This requires a huge amount of electricity: the agricultural sector accounts for 20.5% of Tajikistan’s electricity demand during the summer. Electricity for irrigation pumping is subsidised by the government and the irrigation fees are among the lowest in the world.

A government official told The Third Pole that significant investment is constantly made to improve the irrigation network. The government also claims that major reforms are underway in the agricultural sector, including adjusting water fees. In addition, the official said, Tajikistan is investing in new hydroelectric and coal-fired power stations. It is renovating the Nurek plant. The project, co-financed by the World Bank and announced in March, aims to increase electricity generation and so provide a reliable supply of power in the cold season, including to rural areas.

The Tajik Aluminium Company (TALCO), the country’s largest aluminium plant, was built as part of the same system as Nurek. The factory uses as much as 39% of the country’s total power output and is a priority with policymakers.

The Third Pole also asked government officials what measures were being taken to help farmers suffering due to power shortage, but has not received a response yet. This report will be updated if a response is received.

After an increase in the number of posts on social media criticising the electricity outages, the Tajik government released a statement highlighting the electricity sector’s achievements in recent years and the increase of the electricity limit in 2017. It stressed that the problems stemmed from too little snow falling in the mountains due to climate change.

At 5,190 MW, Tajikistan has more installed hydroelectric capacity than any other Central Asian country. Until 2013, the Nurek hydroelectricity plant was the tallest in the world, with a 300-metre-high dam. The plant has a capacity of 3,015 MW and produces about 50% of the country’s electricity.

Despite already being a major hydropower producer, researchers calculate that Tajikistan uses just 5% of its rivers’ potential hydropower capacity. The country is determined to expand its hydropower capacity; to that end it is building the Rogun dam. At 335 metres, Rogun will be the world’s tallest dam. 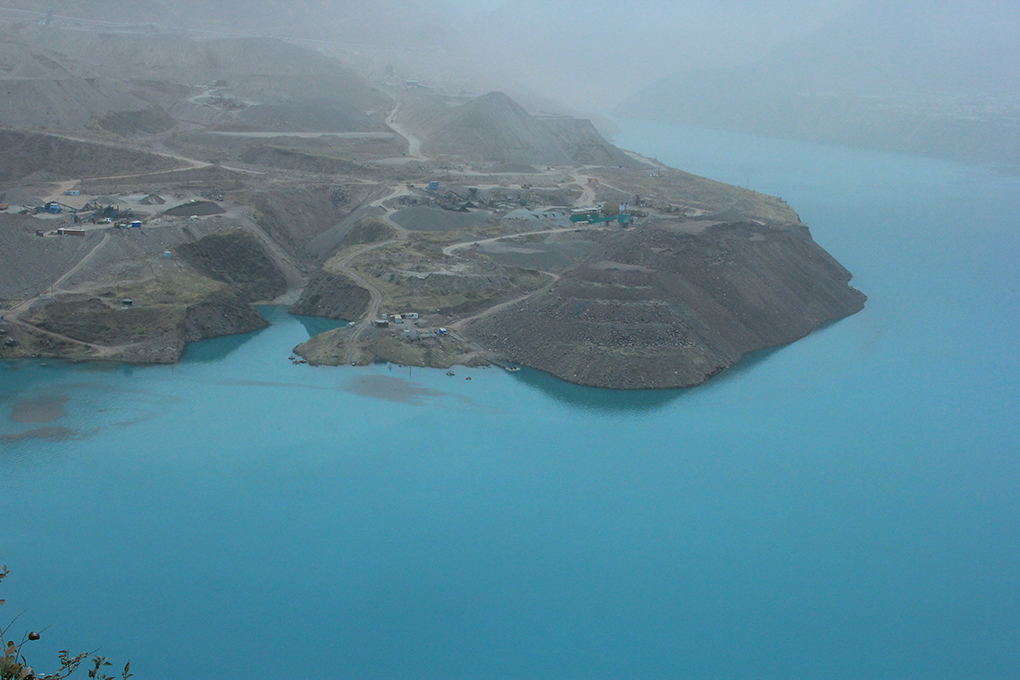 The site of the Rogun dam on the Vaksh river 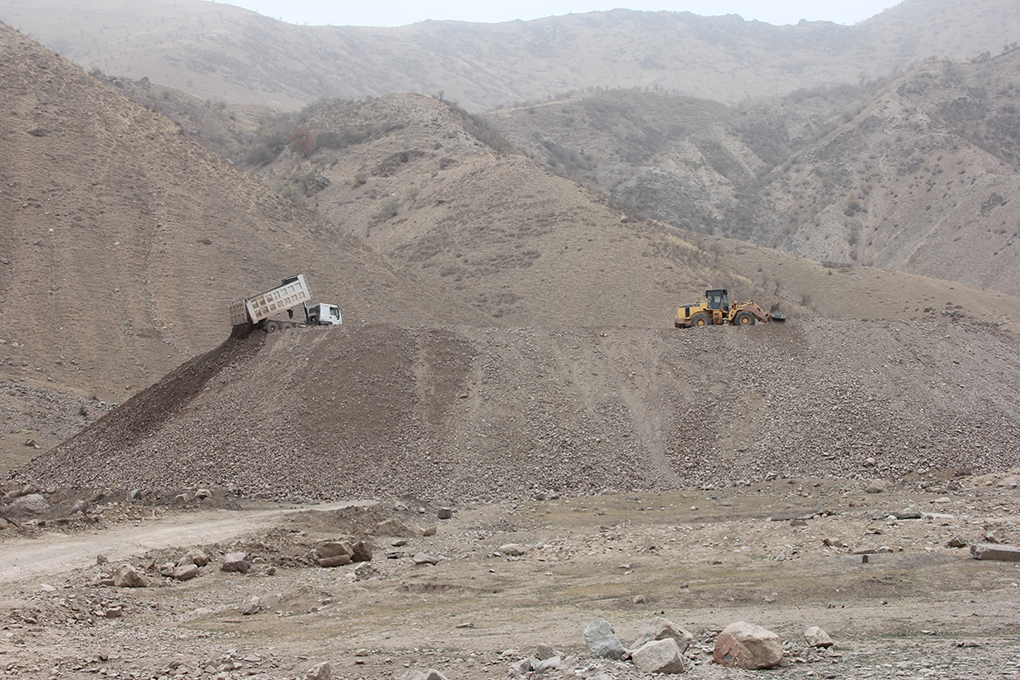 Construction for the Rogun dam

Construction began back in 1976, but the project has been delayed for a variety of reasons, including the collapse of the Soviet Union, civil war and financial setbacks. Work restarted in 2016, a few months after the death of Islam Karimov, the former president of Uzbekistan – whose campaign against the Rogun dam went as far as suggesting war over water in the region. The main concern of the neighbouring country is that the Rogun dam is on the Vakhsh, an important tributary of the Amu Darya river, and could deplete Uzbekistan’s water source. The tensions were resolved when the new president of Uzbekistan, Shavkat Mirziyoyev, decided to restore ties between the countries and suggested dual involvement in the project.

The Tajik government continues to seek funding for the Rogun project. Funders such as the World Bank have withdrawn, highlighting issues around environmental and social impact and feasibility. Nevertheless, the plan is to complete the project around 2030.

Feasibility is definitely an issue since the government itself has said that the combination of climate change and low precipitation has had a drastic negative impact on the country’s electricity production. The area covered by glaciers (where the rivers originate) has fallen 30% since the 1930s.

In addition to the two currently under construction, there are 23 proposed hydropower projects in Tajikistan. The Third Pole asked Tajikistan’s Ministry of Energy and Water Resources to comment on the feasibility of hydropower in light of the problems created by climate change, but had not received a response till the time of publication. This report will be updated if a response is received.

Meanwhile, power outages in many regions have continued into the winter. An official attributes this to maintenance work at Nurek. Meanwhile, Tajikistan’s farmers await a solution to their irrigation problem.