It is very encouraging to hear that India can currently store 257 billion cubic metres (BCM) of surface water in its reservoirs. Even more welcome is the prognosis that this quantity of water held in reservoirs (called “live storage”) could be extended to a maximum of 385 BCM in the near future.

Such data can lead one to believe that India has enough water to ensure water security – to meet the domestic requirements of its 1.4 billion population. According to Niti Aayog, the government think tank, the country uses 634 BCM (a combination of surface and groundwater) per year to grow food, generate energy, and satisfy the needs of industry. By 2050, the population is projected to reach 1.64 billion. The figures give the impression that, with surface water storage of 385 BCM and renewable groundwater of 432 BCM, the country has a water-secure future.

The amount of surface water stored now (“live storage capacity”) and the future maximum (“ultimate storage capacity”) are vital for planning India’s water future. Any error in the estimation of these figures will have serious repercussions. Water is one of the key drivers of India’s economy. Achieving 385 BCM of ultimate storage capacity will mean the doubling, tripling, or even quadrupling of farmers’ incomes, as water availability is a key input, along with credit, crop insurance and agro-investment. Increasing surface water in our reservoirs will secure India’s food, energy, cities, population health and well-being, environment and economic security in 21st century and beyond.

But are the storage capacities currently projected reliable? Indian dams and reservoirs are not getting any younger. In fact, many are dying or are already dead, and are alive only on paper.

Research shows that water in the reservoirs is gradually being replaced by soil, technically known as silt or sediment. Over time, the reservoirs’ water storage capacity falls. A study published in 2003 found that several Indian reservoirs were designed with flawed knowledge about how fast siltation happens. For example, India’s iconic Bhakra dam in Himachal Pradesh, the second-tallest dam in Asia, has a siltation rate 140% higher than was originally assumed. At this rate, Bhakra, which was completed in 1963, is expected to function for 47 years instead of the original estimate of 88 years – meaning its functional life would have ended in 2010. (This is backed up by studies showing groundwater irrigation in the Bhakra command area has increased significantly.) The siltation rate is even higher for the Hirakud, Maithon and Ghod dams at 142%, 809% and 427% respectively. 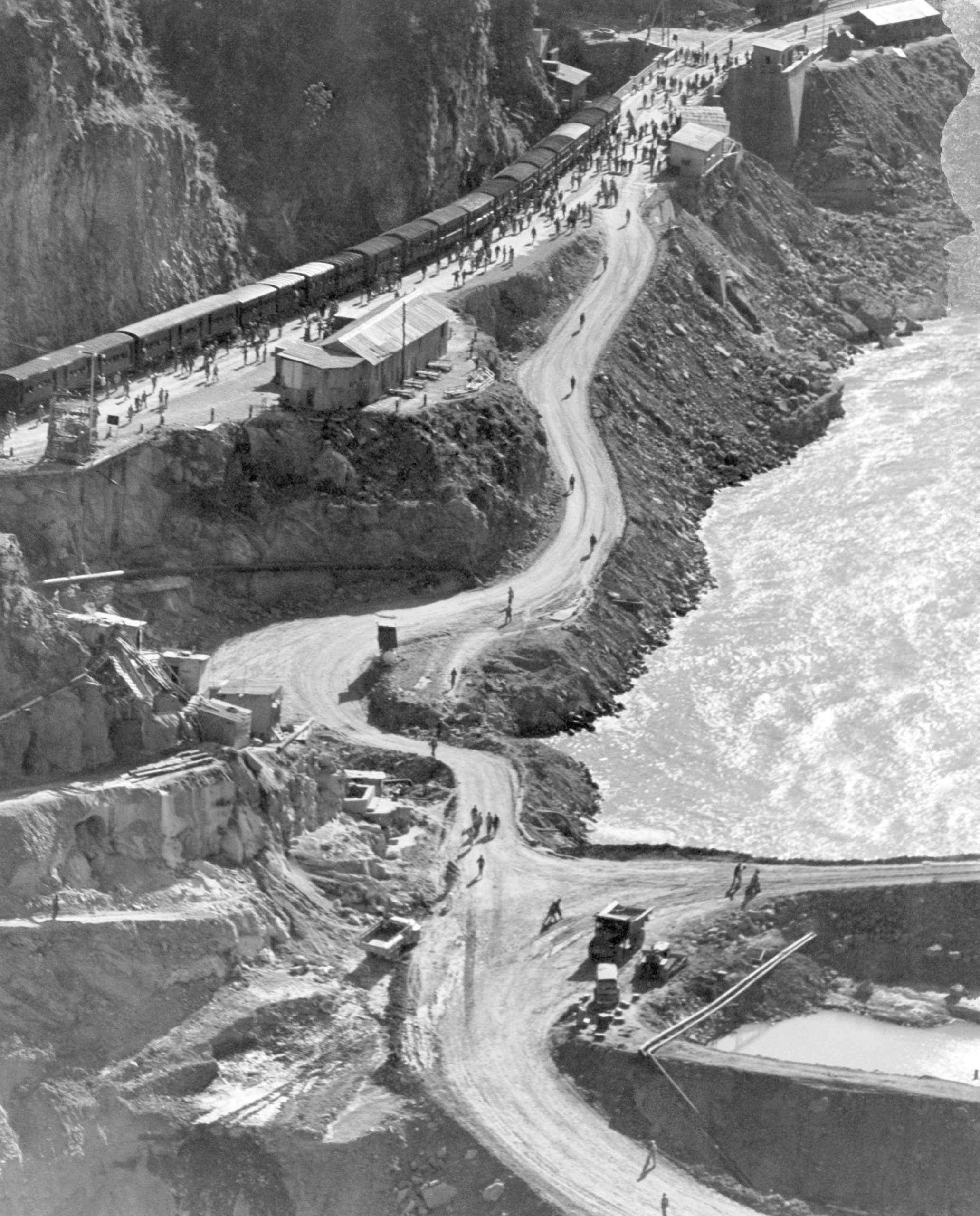 A separate study in 2009 had similar findings. The researcher compared predicted siltation rates for reservoirs across river basins in India with observed values in the 1970s, with damning results. Nizamsagar reservoir in the Godavari river basin was completed in 1931. It was designed with an anticipated siltation rate of 29 cubic metres per square kilometre (m3 km2) per year; in 1972 the observed rate was 634 m3 km2 per year – about 2,000% greater than the rate originally contemplated. Pong dam in the Indus river basin was designed with a siltation rate of 429 m3 km2 per year, but the observed value in 1981 was 2359 m3 km2 – about 450% higher. And for Tungabhadra reservoir in Krishna river basin, the observed rate was found to be 42% higher than the designed rate. This phenomenon was observed in reservoirs across a number of diverse basins, such as Panchet and Ramganga.

Almost every academic study shows that Indian reservoirs are designed with:

1) Poor understanding of sedimentation science, and

As a result, the storage in Indian reservoirs is receding at a far faster rate than anticipated, with untold consequences. Several reservoirs may already be choked, given the major studies analyse data from 50 years ago.

Unlike the groundwater table, which can be replenished from high rainfall, there is no way to retrieve or replenish reservoirs filled with sediment. There is no cost-effective technology that can completely remove the silt, dispose of it and restore the live storage.

About 1,100 large dams in India are between 50 and more than 120 years old, according to government data. By 2050, this will increase to 4,406. Currently, government records show there are 5,264 completed large dams, with a further 500 under construction. Besides this, there are tens of thousands of medium-size and minor dams.

As dams age, soil replaces water in reservoirs. The extra weight puts additional pressure on the dam body, leading to its deterioration. Seepage losses from reservoirs increase over time. This means that over the coming 30 to 40 years, about 80% of large dams in India could be close to being obsolete. The situation with smaller dams is even more precarious as their functional life is even shorter, varying from 10 to 50 years.

These fallacious storage capacity figures have deluded stakeholders into believing that India has a safe and sustainable water future. This is cataclysmic.

What happens if reservoirs fail?

As soil replaces water in reservoirs, the guaranteed supply of water during the worst droughts will decline. The 140 million hectares of land covered by sown crops will either shrink or shift to rainfed irrigation, putting pressure on sparse and already over-exploited groundwater. Food security will be threatened for the future 1.6 billion people by 2050.

Under this business-as-usual scenario, we can forget increasing farmers’ income – incomes may in fact fall. This will disrupt rural economies, as more than 60% of India’s rural population is dependent on agriculture. And choked supplies reduces the possibility of providing piped drinking water to all rural households. No plan on climate change adaptation will succeed if reservoirs are packed with sediment.

Until now, India’s water crisis has been attributed to demand. Population explosion, economic growth, changes in consumption patterns and urbanisation have been given as the leading factors in water policy and most academic literature. NITI Aayog, the government think tank, projected in 2018 that demand would be twice supply by 2030. It could be even more than that now due to supply constraints arising from the faster-than-anticipated loss of live storage.

But nowhere have water policies focused on the inevitable supply constraints caused by flawed siltation calculation rates and dying dams and reservoirs. The possibility of reservoirs’ extinction in the 21st century has failed to catch policymakers’ and planners’ attention – but if its reservoirs fill with soil instead of water, India will have no chance of overcoming the impacts of climate change and achieving the Sustainable Development Goals by 2030.

What should policymakers and planners do?

The first step is to acknowledge the fact that Indian reservoirs are dying. All water management plans based on the fallacious data concerning storage capacities should be revised. Funding has to increase for research studies auditing storage space lost and the actual space left in every one of India’s thousands of reservoirs. The actual siltation rates for every reservoir have to be measured and regularly placed in the public domain.

Only then can new plans to create additional storage be devised. The additional storage can be created through smaller dams, rainwater harvesting and groundwater recharge. This is, no doubt, a massive exercise and can only be executed through institutional reform of current water organisations across federal and state governments – not by the current top-down regressive and secretive water organisations.

The outcome of the future water management of India therefore depends on how quickly the river basin-specific autonomous academic organisations and multi-disciplinary institutions are created. Complacency, suppression of data and denial of the situation by planners and policymakers will only lead to cataclysmic water crisis in the 21st century.

The views expressed in this article are personal, and do not represent those of the Central Water Commission.

Sand mining is stealing the minerals from Chinese rivers