While a lot of attention is given to the mining and burning of coal that leads to huge carbon emissions, the dangers of fly ash, the residue left after coal is burnt in thermal power plants, have received less public attention, despite the risks to our health and to the environment.

A new report released last week “Coal Ash in India – A Compendium of Disasters, Environmental and Health Risks” seeks to remedy that. It shines a spotlight on 76 major coal ash pond accidents between 2010 and June 2020 that have caused deaths and loss of property and have resulted in extensive pollution of nearby water sources, air and soil.

Fly ash is left behind when coal is burnt. Coal-fired power plants are the biggest sources of fly ash, which contains toxic chemicals such as arsenic, barium, cadmium, nickel and lead, among others. These are known to cause cancer, lung and heart ailments and neurological damage, and contribute to premature mortality.

Published by Healthy Energy Initiative India and Community Environmental Monitoring, Chennai, the report claims that the accidents it has complied form just the tip of the iceberg as many incidents of fly ash spills go unreported, though they occur on a regular basis.

Since coal ash is not classified as hazardous waste, there are no guidelines to regulate its disposal or measure the leaching of chemicals from it into water bodies and groundwater.

“In 2000, the classification of fly ash was shifted from the category of hazardous industrial waste to the category of waste material, without any supporting health-based scientific rationale for the re-categorisation,” said Dharmesh Shah, public policy analyst and co-author of the report. 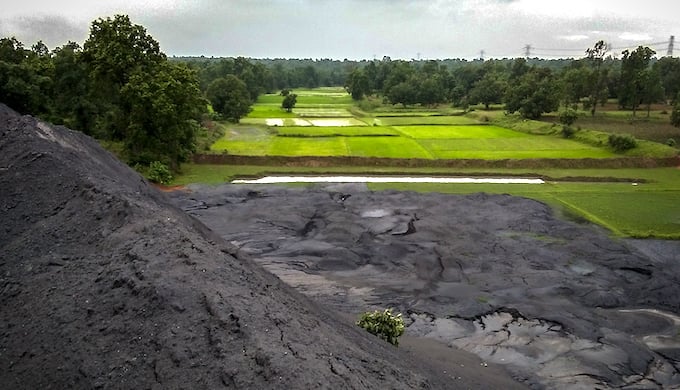 “The term utilisation is a misnomer for some of the uses like filling of low-lying area reclamation and mine void filling are means of disposal that are prohibited under the environment clearance conditions for power plants,” claimed Shah.

Madhya Pradesh, Odisha, Jharkhand, West Bengal, Tamil Nadu, Chhattisgarh and Maharashtra have the highest concentrations of coal-fired thermal power plants, and top the list of coal ash accidents, according to the report.

In the most recent incident in April 2020, a breach in the fly ash dyke of Reliance Power-owned Sasan plant in the Singrauli region of Madhya Pradesh led to fly ash slurry entering nearby farms and villages, resulting in the death of six people. The Madhya Pradesh pollution watchdog sought an interim compensation of INR 100 million (USD 1.34 million) from the company and asked it to start remedial and restoration work within 14 days.

In July, the National Green Tribunal (NGT) directed a petitioner, who sought plant closure and cancellation of environmental clearance to the Sasan plant, to approach a monitoring committee on the issue.

The report has many such incidents of environmental damage. In October 2019, a coal ash dyke breach in state-owned utility NTPC’s Vindhyachal thermal power plant in Madhya Pradesh led to more than 3.5 million tonnes of fly ash flowing into the Govind Vallabh Pant Sagar, also known as the Rihand reservoir.

The reservoir, the only source of potable water for people in Singrauli district of Madhya Pradesh and Sonbhadra district of Uttar Pradesh, was contaminated, making the water unfit for drinking.

NGT asked NTPC to pay an interim compensation of INR 100 million and directed the Anpara and Lanco-Anpara power plants in the vicinity to stop ash pond overflow discharge into the Rihand reservoir.

When accidents involving fly ash are brought to the attention of NGT, it has penalised power plants and ordered them to pay compensation. For instance, on July 22, the tribunal directed three coal-fired power plants in Punjab to pay INR 15 million (approximately USD 200,000) as “environmental compensation” over their failure to scientifically dispose of fly ash. 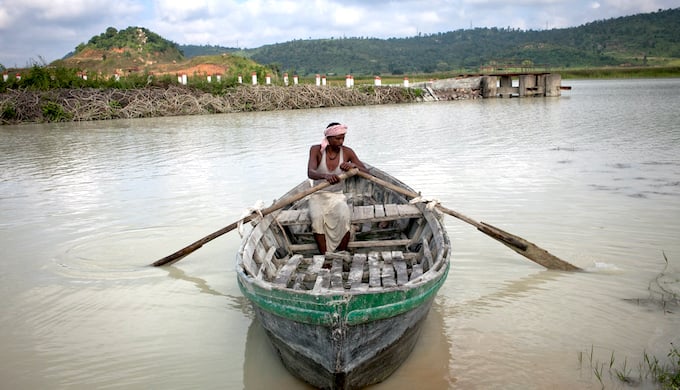 The fly ash report tracks dilutions in the regulatory framework of coal ash management over the years, which has allowed power producers to flout environmental safeguards and public health protocols.

“A gazette notification on January 2, 2014 made coal washing mandatory, to reduce ash content, before supplying to all thermal units more than 500 km from the coal mine,” said Shah. “However, on May 21, 2020, the Ministry of Environment, Forest and Climate Change made coal washing optional through a controversial amendment based on economic rationale offered by India’s NITI Aayog and ministries of power and coal. This rationale, however, does not account for the resulting increase in the fly ash generation and pollution caused by it.”

“Heavy metals from coal ash affect the aquatic ecosystems adversely, which in turn impacts the livelihoods and nutrition security of fishermen,” said K. Sarvanan, a fisher associated with The Coastal Resource Centre, Chennai. “Fishing communities from Ennore told the NGT-appointed expert committee about the significant decline or even disappearance of many species of prawns, crabs and sea bass, among others. The expert committee found high levels of heavy metals in the fish, prawn and oyster from the Ennore river (due to fly ash contamination).”

Fly ash can be used to make bricks, as part of road building material and to make cement, but the utilisation has lagged far behind potential in India. Coal-fired power plants in West Bengal have been exporting their fly ash to Bangladesh for the purpose. The problem with that is that barges used to transport the ash have a high capsize rate.

Climate change heightens the risk from coal ash ponds in areas prone to flooding. In addition to the increased risk of spills, scientists say the heavier rains expected to come from a warming planet also threaten to bring a more hidden peril, rising water tables that seep into the ash ponds, contaminating groundwater used for agriculture and drinking.

The report recommends that India should develop regulations for the scientific containment of pond ash. This would require retrofitting existing ash ponds with impermeable materials and linking the scientific landfilling of ash with environmental clearances.

This would also entail a rigorous environmental monitoring protocol around the fly ash dumps to check for leachate and contamination of groundwater, the report added.

The report also puts the onus of responsibility on power plants, which burn coal and generate ash, to ensure safe management and the environmental health impacts emerging out of its utilisation, disposal and reuse.

In the event that there is ash discharged in the environment or unaccounted for, the report suggests further defined mechanisms for remediation and payment for health and environmental damages under the polluter pays principle.