The Ganga, Brahmaputra and Meghna rivers form the world’s largest delta, two-thirds of which is in Bangladesh. The three rivers and their 700-odd tributaries have brought down silt from the Himalayas for millennia, replenishing the soil of the delta, which historically was so fertile that the region was called Golden Bengal.

But in recent decades this has changed due to two factors. First, numerous dams and barrages constructed upstream trap not only water but also the silt that used to constantly build the delta anew. Second, the saline waters of the Bay of Bengal have intruded inland due to climate change. In some areas, rivers and aquifers have been poisoned as far as 50 kilometres from the coast.

A group of Dutch engineers formulated the Bangladesh Delta Plan 2100, which the government approved in 2018. This aims to secure sustainable livelihoods, especially along the coast, and a less vulnerable ecosystem. The Third Pole asked Ainun Nishat, a leading water expert in South Asia, for his views on the plan. 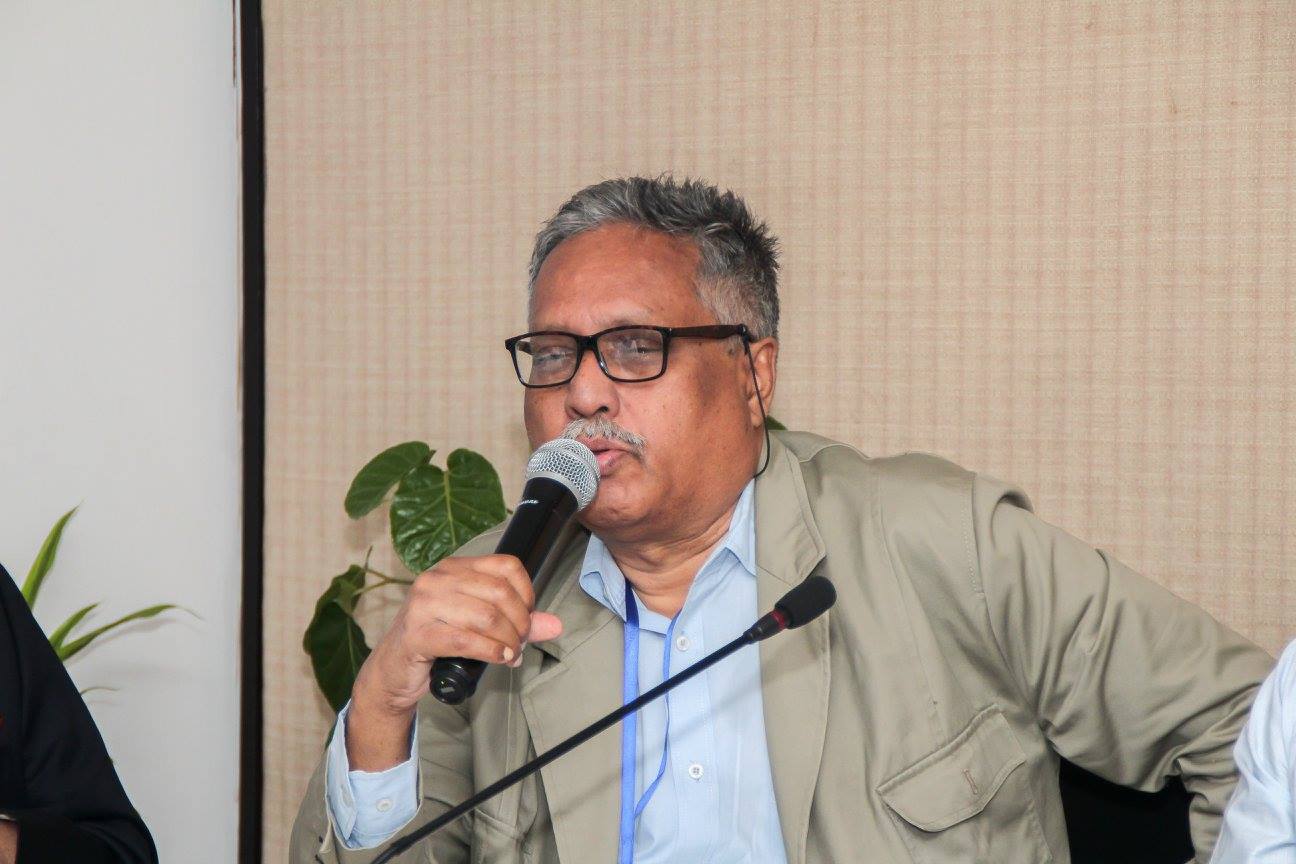 Dutch engineers formulated the Delta Plan 2100 and implemented it in their country. Almost 60% of the Netherlands is below sea level. The coastal region is protected by polders, dykes that encircle the area. They have been protecting the coastal belt using dykes for many centuries. They used to pump out the water caused by rainfall.

If you read the famous Spanish adventure book Don Quixote, you may remember he attacked the windmills in the Netherlands. Those windmills were in fact pumps run by wind power. In earlier days it was wind that operated the pumps, now it is electricity. The Dutch have been managing their coasts in this way for many centuries.

In 2007 and 2008, there was such heavy rainfall in the Netherlands that it created waterlogging in the coastal areas. The rainfall was so heavy that the pumps could not cope. That was when they recognised the impacts of climate change, which they blamed for the erratic rains.

So, this was when they recognised the special impact of climate change which had caused the heavy rainfall in a short duration.

And they formed a commission, called the Delta Commission, tasked with reviewing all the water-related activities of all agencies, and designed a National Water Plan which is subject to review every five years.

The Dutch were so satisfied with their work, they thought they would expand it to other countries.

The Delta Plan 2100 was developed by consultancy firm Twynstra Gudde. What is their reputation?

Dutch engineers understand Bangladesh, because Bangladesh and the Netherlands have a lot of similarities.

What they have done in their own country is to pay attention to urban areas and coastal belts, develop public-private partnerships, go for dredging through the private sector, meaningful land accretion, and go for an adaptive approach, reviewing it every five years. If that was faithfully done here, I believe the [Bangladesh] Delta Plan would have produced an excellent report.

In Bangladesh we have six biodiversity hotspots based on hydrological characteristics. This includes the Barind tract and drought-prone areas, the Chittagong Hill tracts, coastal areas, Haor and flash flood-prone areas, flood plains and urban areas. What kind of interventions will be made in each of those areas under the delta plan?

These are hydrological regions which authorities were previously focused on. But later they moved away from the Dutch principle of paying attention to hotspots, and instead divided the country into eight regions. So now they call these regions hotspots.

In the delta plan, they proposed solutions for those particulars areas that were proposed earlier, like raising flood embankments, strengthening the right bank of the Brahmaputra, construction of the Ganga barrage, use of more surface water in the Barind area, strengthening the Dhaka drainage network project.

One of the major goals of the delta plan is to ensure food and water security for future generations. Does it actually plan for this?

In the 1960s and ’70s all the projects in Bangladesh’s water sector were basically flood management projects designed to provide supplementary irrigation. But the cropping culture has changed. Now the Boro rice, which grows in winter, is the main rice. It produces more paddy than Aman, the monsoon rice.

But in the 1950s and in the ’60s Aman was the main crop. At that time, nobody could have imagined what the water management structure would have looked like today. Now the population has increased. In 1947 the population was 40 million, now we are close to 200 million. We did not have any industries in the 1950s and ’60s, just a few jute mills and cotton mills here and there. But now we have lots of industries that demand huge amounts of water.

So you have to have flexibility, you cannot have a fixed plan.

Do we have adequate scientific knowledge and money to implement the plan properly?

Since the government approved the delta plan, many old proposals are resurfacing. Luckily the government is carrying out a new feasibility study, and evaluations are going on.

If you look at the basic principles of the delta plan, they have excellent proposals. Water management, climate change, urban areas and food security, these ideas are good, but not new. They are refurbished.

But I am still hopeful. The 27 sectoral reports that they have done cover all issues. So the agenda has been defined.

Now we need to analyse it, take a fresh look and involve someone who understands planning, not just project formulations.

We need projects. But projects should be based on knowledge, not for the sake of doing the project.

The delta plan appears to be ambitious. It would take around 4% of our GDP to implement.

Where would that money come from? So, the agencies dealing with water issues are formulating their regular projects, and claiming it is part of the delta plan.

This plan is supposed to be for 50-100 years. Is it possible to plan for such a long term?

You cannot plan for 2100, because you do not know what is going to happen. So, they are making an adaptive plan for 2100.

We know the Delta Plan 2100 will be included in the curriculum of elementary schools. How would that help to implement the project and why is it necessary?

They should learn geography first, then they will learn the basic thing.

Are there any aspects of the plan that look at vulnerable sections of the population, such as women and marginalised communities?

Yes. For example, the Char land coastal region is the most vulnerable area. The coastal area is called a hotspot area in the delta plan. But the coastal area is a very big area. Satkhira and Patuakhali are both in the coastal zone, but there is a lot of difference between the two regions. These two areas need two different kinds of solution, depending on their specific problems.

What are the solutions in the Bangladesh Delta Plan 2100 for the problems of water and soil salinity in the coastal regions? Do you think these solutions will work?

One of the main constraints in the water sector is transboundary rivers. Because 92% of Bangladesh’s water comes from India. Now there is a big political advancement on that. In 2011, Bangladesh and India agreed that the rivers will be managed with a basin-wide and basin-wise approach. But that decision of two governments is yet to come down to the operative level.

In the Delta Plan 2100, the first project is the Ganga barrage. But they have not been able to take it up yet. With the Ganga barrage, the salinity problem of the southwest region can be solved. This could be a very successful collaborative approach of India and Bangladesh. And to my knowledge, India is very keen to support Bangladesh on this. Because India realises the Ganga barrage is very important to save the Sundarbans. And if the Sundarbans is not protected and the salinity is not controlled, there will be lots of out-migration from those areas. And we know where they are going.

A barrage to save, or doom, the Indus delta