The nomads of the Indian state of Jammu & Kashmir (J&K), who spend entire summers in the Himalayan highlands, are often victims disasters worsened by climate change, and just as often ignored. While floods and landslides are occurring in increasing frequency, linked to extreme weather events, much of the reporting happens from urban areas.

Who are the nomads of Jammu & Kashmir?

The nomads — Bakkarwals and Gujjars in Kashmir and Jammu and Changpas in Ladakh — rear sheep, goats and cattle in the upper reaches of the mountains.

Gujjars and Bakkarwals are the third largest ethnic group in J&K after Kashmiris and Dogras. Bakkarwals, numbering around half a million, migrate to different alpine pastures in the state, while most of the one million Gujjars live in mountainous areas where they depend heavily upon livestock rearing and small-scale agriculture. 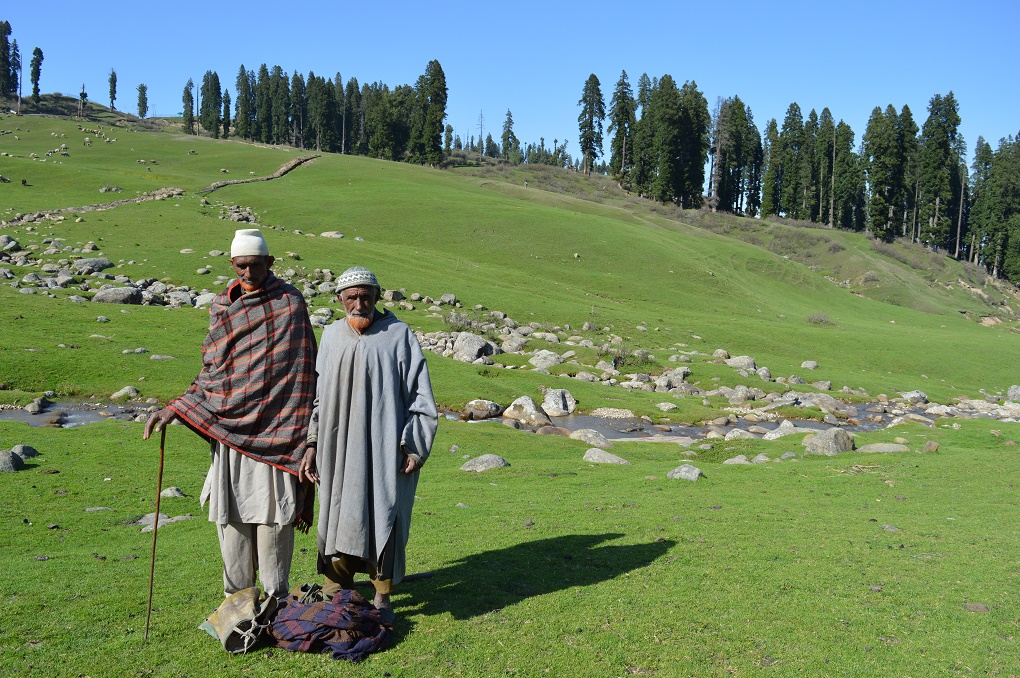 The nomads say that higher frequency of extreme weather events, shrinking of pastures and the raging armed conflict for over two decades have taken a heavy toll on them. “In today’s time when flash-floods, landslides and cloud-bursts are killing our community members and livestock like never before, we need help from the government for our safety,” leader of J&K’s Bakkarwals, Choudhary Abdul Aziz, told thethirdpole.net.

For example, he said, the government’s weather department can inform the nomads in time about the likelihood of a disaster in a particular area. “When we go up the mountains, we have no communication with the plains. We had suggested that we should be given special phones for every group of families who travel together. But the government is yet to consider it,” Choudhary said.

“We do not have proper tents to protect ourselves and our livestock from extreme weather events like hailstorms, cloudbursts and torrential rains. Often our family members and livestock fall sick following intense rainfall or hailstorm.” 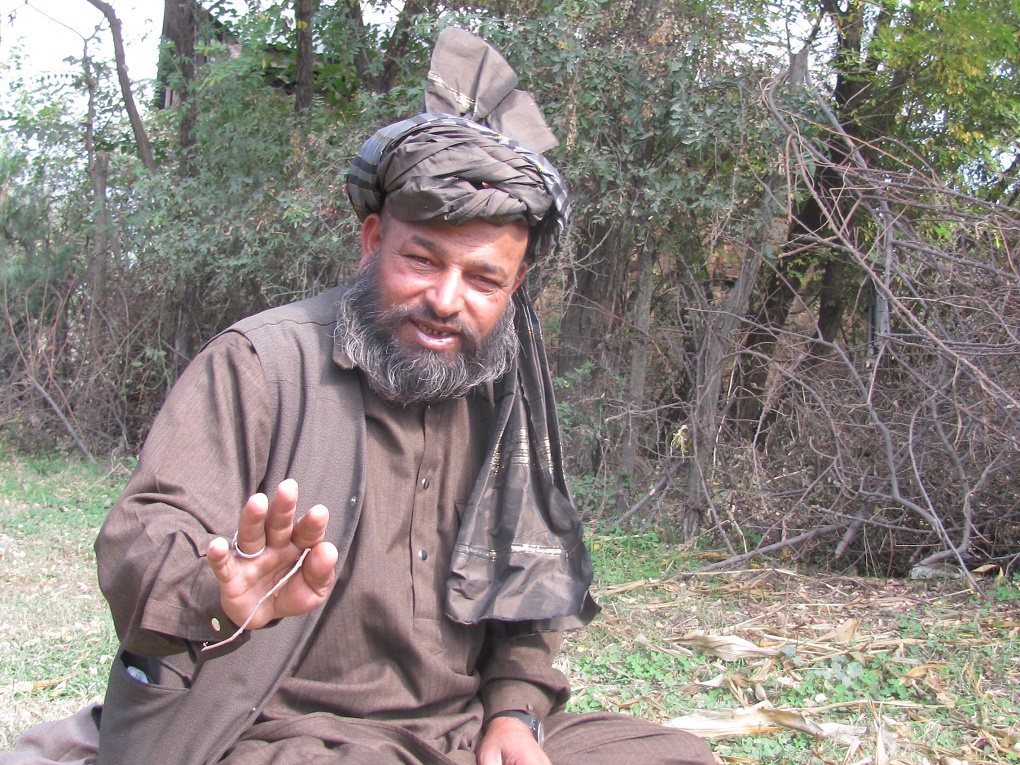 According to him, in flash-floods and cloudbursts, the nomads lose hundreds of sheep and goats every year.  Last year, he said, around 30 families lost their entire herds of sheep and goats in Kulgam and Lar areas of Kashmir when a flash flood caught them unaware. Another family, he said, was completely wiped out by a landslide along with their 70 sheep. Choudhary went on to say that in 2014,  one of the nomad families lost 150 sheep in the flash-flood in Nadimarg and three families were washed away by another flash-flood in Pahalgam.

The Changpa nomads in the Changthang region of Ladakh lost 24,624 Pashmina goats in an unexpected heavy snowfall in the winter of 2013.  This event was reported by national and international media given the fact that pashmina shawls created from the wool of the goats are among the finest in the world. The impact of the story led to government authorities providing facilities for the nomads in Ladakh like fodder, sophisticated tents, cooking gas and solar lights. As the seasonal migration began in April this year, Javaid Rahi, the secretary of the Tribal Research and Cultural Foundation (TRCF) stated that, “the main migration routes, including the Jamiya Gali, Gora Batta, Nanansar, Ropadi Dharhal Pass and Mughal Road were badly damaged due to heavy snowfall and rain during the last winter and required urgent repairs.”

Rahi said that the government, apart from providing facilities to nomads in all the regions of J&K, should support the nomads in getting their livestock insured so that they are compensated for losses in the event of disasters.

“If the government continues to ignore the nomads, their lifestyle and culture may well become history in a few years given the way they are suffering because of climatic events, armed conflict, attacks from wild animals and the shrinking of grasslands. Moreover they are not allowed to graze their livestock in some areas which nomads have traditionally used,” Rahi told thethirdpole.net.

“Hundreds of nomad families have already quit nomadic life and are now working as labourers while some feel forced to beg.”

Rahmat Ali, a nomad from Rajori, said that the area for grazing has diminished considerably over the past few decades. Earlier, he said, most of the nomad families used to have herds of more than 500 which have now come down to around 150 in an average family as pastures are increasingly getting out of bounds for pastoralists.

“People now own grazing lands in various areas; they charge us if we graze our livestock there. Pastures are now with the wildlife department, social forestry department, security forces and landlords,” Ali told thethirdpole.net.

Sonum Lotus, the director of meteorology in the state’s summer capital Srinagar, said that since the nomads move way up in the highlands for grazing their livestock, they are unable to get signals from mobile phones or radio. “This makes it impossible for them to receive weather updates from radio or through phone,” he told thethirdpole.net.

He suggested that Digital Satellite Phone Terminal (DSPT) service be used to alert the nomads about extreme weather events. The national telecommunication corporation of India, Bharat Sanchar Nigam Limited (BSNL) has already starter the DSPT service in some remote areas. DSPT works on satellite signal, but it is not mobile. This does not have to be a problem. “DSPTs can be installed along the migratory routes of nomads so that they make and receive calls about weather information before making a decision on their movement,” G.M. Mufti, the deputy general manager of telecommunications in Kashmir told thethirdpole.net. 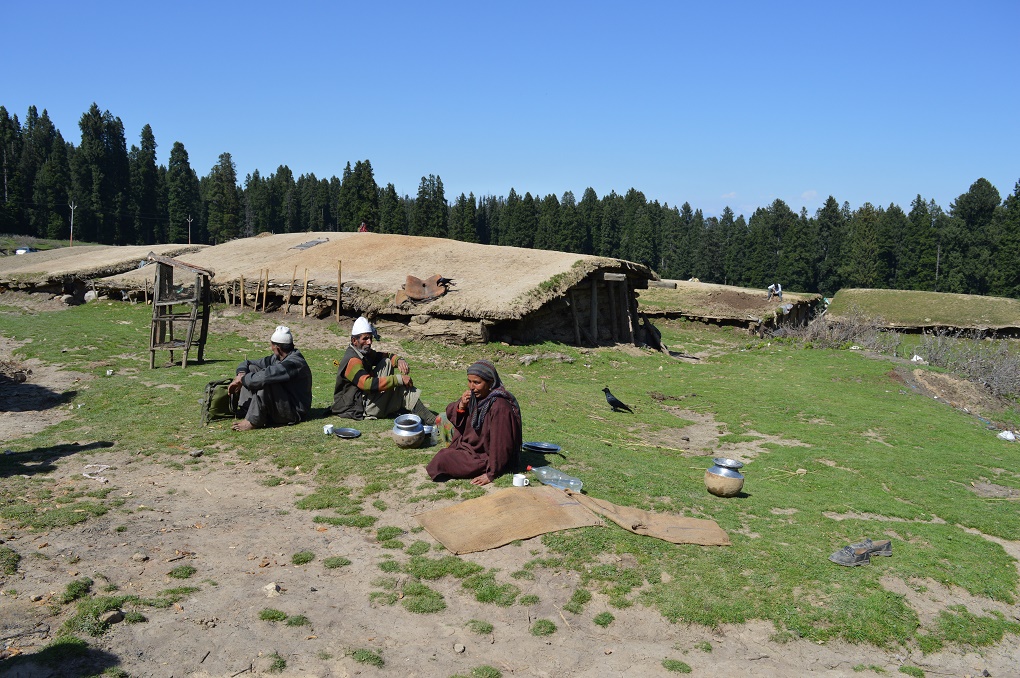 According to the minister of state for tribal affairs, Ajay Nanda, the ministry — headed by Chief Minister Mehbooba Mufti — would definitely consider this to make sure that the nomads receive constant weather updates even in the upper reaches of the Himalayas. He added, “We will also consider demands like giving insurance cover to the nomads for losses during extreme weather events such as cloudbursts and flash floods.”

Although the climate change alerts may come, another factor — access to grazing land in a state plagued by armed conflict — may be more difficult to resolve. According to Choudhary, since 1989 when the militancy started in J&K, a huge area from Cham Jodian in Akhnoor (Jammu) to Poonch and Rajori, was fenced by the security forces. “This used to be our favourite grazing area. Now we are compelled to graze our sheep in areas which have been occupied by the influential clans and they charge us when we graze our livestock there,” Choudhary told thethirdpole.net.

In the Ladakh region, Choudhary said, the vast pastures of Drass, Kargil, Batalik and Tiger Hills have been out of bounds for pastoralists ever since the Kargil War of 1999.

“Sometimes we take the army officers in confidence and beseech them to allow us. When they sometimes oblige, they even frisk our dogs and sheep.”

According to him, many times in the past, armed militants would sometimes come and eat with them and would even pick up young boys for recruitment and would take away a few of the healthy sheep. The army, Choudhary said, would later come and beat the nomads saying they had hosted militants. “Sometimes, the army would also take away some of our good sheep,” Choudhary said.

“One day, we were in the forests of Laam-Tral in south Kashmir where an encounter took place between militants and army. We were just nearby; the militants escaped, but one of our youth, named Googra, was killed in the cross-firing. But, unfortunately he was declared a militant. His wife and daughter are now beggars.”

A TRCF statement read, “We have written a number of letters to Defence Ministry through [our] Foundation and pleaded to revoke all orders restricting nomads to migrate seasonally in the state especially border Dhoks located in Poonch, Rajouri, Baramulla, Kupwara, Bandipora, Ladakh and Kargil areas.”

It does not seem to have improved the situation.

Keeping the sea at bay

Save the Red Panda - Giant steps by tiny hamlets

Hydropower surges across the Himalayas