In a virtual address to the 75th UN General Assembly on September 22, Chinese President Xi Jinping said China would deliver a stronger emissions-reduction target, peak emissions before 2030 and strive to reach carbon neutrality before 2060.

These pledges are a significant step forward in climate ambition from the world’s largest carbon emitter and second largest economy. Xi’s commitment came a week after the EU-China leaders meeting, where the EU pressed China to commit to setting a goal of climate neutrality. In her State of the Union address on September 16, European Commission President Ursula von der Leyen also proposed to raise the EU’s 2030 climate target by the end of the year.

All governments have been asked to deliver tougher climate targets under the Paris Agreement ahead of the next climate talks in Glasgow, UK, known as COP26, which have been delayed until 2021 because of Covid-19. With commitments from the EU and China, well over a third of global emissions will be covered by new, tougher targets.

See: Can the Himalayan region go green as economies flounder?

China achieving its aim of reaching carbon neutrality before 2060 would lower global warming projections by around 0.2 to 0.3 degrees Celsius, according to analysis by the Climate Action Tracker, which measures government commitments on climate against the Paris Agreement goals.

China Dialogue asked a group of climate experts how China’s new pledges would contribute to the Paris Agreement goal of keeping global warming well under 2 degrees Celsius above pre-industrial levels, and what they mean for China’s transition toward a low-carbon economy.

Special Advisor on Climate Change Affairs of China, Ministry of Ecology and Environment; President of the Institute of Climate Change and Sustainable Development of Tsinghua University

China is actively following the global trend of green and low-carbon recovery by setting forth a clear, strong carbon peak and carbon neutrality targets. Given the current international economic and political dynamics, the global community must come together to further the global climate agenda by incorporating concrete goals into a green post-pandemic recovery pathway.

President Xi Jinping’s new vision shows that China’s climate targets are highly embedded into its modernisation goals. In 2020, China will embark on a new journey of modernisation as new plans and blueprints unfold. It is a necessity for the country to increase investment in climate security as well as other forms of “natural capital”, and to create a new economic growth engine through the ongoing low-carbon transition, as the country strives to accelerate sustainable development and benefit people from China and around the world on this journey. Such action will also be China’s outstanding contribution to the Paris Agreement goals and global governance as a responsible global power.

A thousand miles begins with a single step. To honour President Xi’s new climate pledges, the first imperative for China is to set up more ambitious climate targets in the 14th Five-Year Plan (2021-2025). This includes a carbon cap – requiring coal to be below 50% in the primary energy mix by 2025 and the acceleration of structural changes in energy production and consumption. China should also formulate national, provincial, and local peaking plans as soon as possible, as well as long-term decarbonisation roadmaps that are economically and technically viable.

The pledges send a strong, long-term political signal for China’s low-carbon transition. The announcement was made a week after the EU-China leaders’ virtual meeting, reflecting both sides’ determination to cooperate on climate action.

We can expect that more concrete implementation plans will be released soon, and it’s looking hopeful that more regional and local governments in China will bring out their plans to achieve carbon neutrality.

Nevertheless, to achieve carbon neutrality by 2060 is not an easy task, it requires major technological breakthroughs and large-scale investments, which can only be secured by strong policies and implementation plans.

China’s commitment to reach carbon neutrality by 2060 comes at a critical moment, when the world is in much need of more ambitious climate goals. The pledge is highly consistent with the 2 degree-deep reductions pathway and reflects China’s responsibility as a major power. This will undoubtedly inject important momentum into global climate action.

Achieving carbon neutrality by 2060 means that China will have 30 years for continuous and rapid emissions cuts, after it reaches the emissions peak by around 2030. It will pose a significant impact for the transition of many sectors, including energy, transportation, industry, construction and agriculture. We expect the introduction of specific policy tools, such as carbon pricing to realise the goals. The rapid transformation process must be fair and manageable.

Almost all of China’s climate and energy targets in recent years have been met or exceeded, so anything President Xi Jinping announces in such a public forum is not just symbolic. The carbon neutrality goal is a big deal coming from China – even just the mention of it because of what it implies. The timing of the announcement may be a sign that China is anticipating a call for scaled-up climate action if Democratic nominee Joe Biden is elected in the November US election. China is likely trying to get out in front of any US pressure or demands, while simultaneously appeasing the European Union, which has been pushing for such a goal bilaterally for some time.

Xi Jinping’s announcement of the aim to achieve carbon neutrality by 2060 is a welcome indication of China’s commitment to carbon reduction. It is also a positive signal to the global community hoping for a constructive partner in the global effort to deal with climate change.

That said, the statement remains fuzzy on detail. I look forward to seeing how the carbon neutrality pledge will be translated specifically into policies and targets as part of China’s Covid-19 recovery and upcoming 14th Five Year Plan, which will set out key targets for 2021-2025. To achieve carbon neutrality by 2060, China needs clear policies and targets that shift the focus away from fossil fuels – and particularly coal – towards renewable energy. China’s coronavirus recovery has so far favoured fossil fuels over clean energy. If taken seriously, this new announcement will indicate a significant near-term shift in focus.

China’s commitments to scale up its Paris Agreement pledges and aim to become carbon neutral by 2060 put pressure on the United States to restore its own climate leadership. An ambitious US 2030 target codified in a new ​nationally determined contribution (NDC), an unambiguous commitment to reach net-zero greenhouse gas emissions no later than 2050, and a strong policy framework to meet those targets will be essential.

Moreover, in a time of rising US-China tensions, it might seem implausible or even unwise to call upon the two countries to work together to tackle our global climate emergency. But it is in the vital national interest of both the United States and China to align their efforts to rise to this unprecedented challenge. 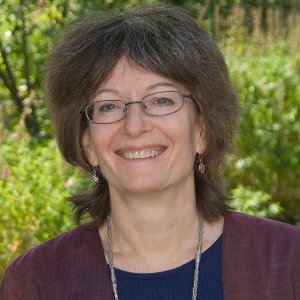 China’s new climate pledge is commendable. At a moment when the international community seems paralysed on the issue, China’s leadership seems to understand the risks both to global infrastructure and China’s own well-being, as severe weather events, melting glaciers, and sea level rise threaten domestic security and government legitimacy. The commitment to carbon reduction should help China achieve a double win and help to reduce the ground-level air pollution that so threatens public health.

That said, China’s commitments to ecological civilization and other “going green” initiatives must be implemented in such a way that they do not mask other state goals such as the collection of data about individuals and the administrative reordering and relocations of border area populations. The use of target-setting, crackdowns and behaviour modification campaigns can fail to garner public support and doom these initiatives in the long run. 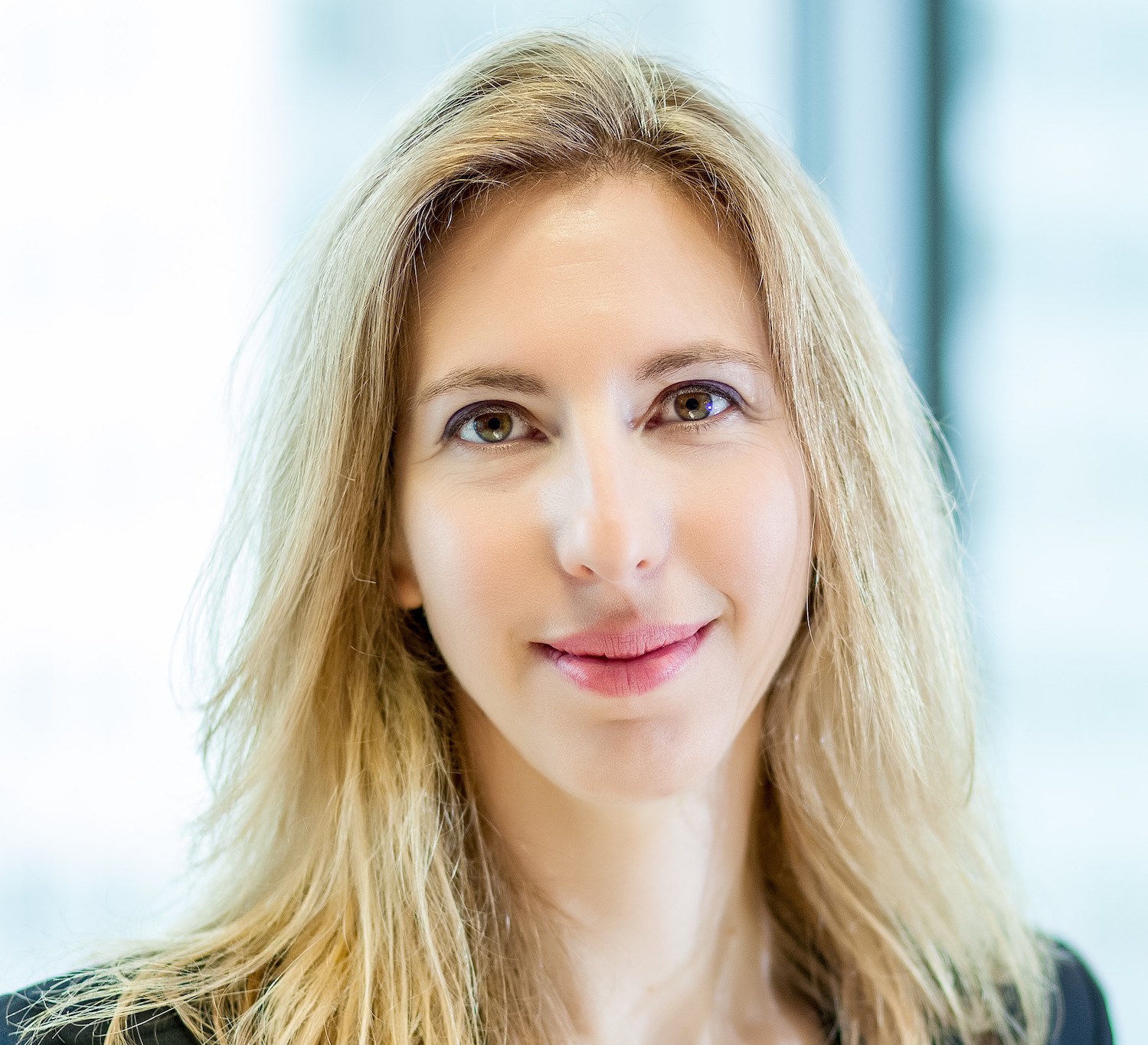 China’s carbon neutrality pledge is nothing short of momentous, and in the context of an ongoing expansion of coal-fired power generation capacity within China, gives cause for cautious optimism. The devil is, of course, in the detail, but reaching this goal would require a fundamental change in how China develops its economy and consumes energy, which in turn, requires a shake-up of existing industrial complexes and political power groups.

There will, therefore, be losers. The fossil fuels industry, currently a powerful stakeholder in China, will need to adapt to a changed reality and create new areas for growth as its share of the energy mix will have to shrink. Whether the upcoming 14th Five Year Plan will kick-start that process remains to be seen. There is no doubt, however, that China’s focus on innovation, as part of the “dual circulation strategy” to foster economic self-reliance, lays the foundation for accelerated innovation in key technologies underpinning the global energy transition. But the dual circulation strategy was born from a need to insulate China in an increasingly deglobalised world, and will likely be executed with a large dose of administrative measures. Companies and governments around the world will also have to make sure they too can play a role in China’s transformation.

China will become richer and healthier in the pursuit of a zero-carbon economy. A forthcoming WRI analysis shows that realising carbon neutrality would require additional capital investment across multiple sectors, particularly energy, but the savings in fuel as well as operation and maintenance costs would quickly make up the difference. As a result, such policies can achieve positive financial benefits as early as 2023, even before factoring in social benefits such as health impacts.

Realising carbon neutrality would save as many as 1.8 million people from premature death in the year 2050 alone. After incorporating the health benefits, China would create a net benefit of US$11 trillion before 2050 when compared with current policies, at a discount rate of 8%. Similarly, Cambridge Econometrics finds that China can raise its GDP by as much as 5% later this decade by implementing the new pledge.

President Xi’s announcements are a game changer. For the first time, there is now a long-term trajectory for decarbonisation in China and their commitment to enhance their 2030 pledge under the Paris Agreement will put pressure on other major emitters to do the same.

That said, a Biden administration will likely expect that China would do more in the short term given its peaking date was only part of its Paris pledge, and that it would increasingly take steps to reach carbon neutrality closer to 2050 as both the science demands and Biden himself has committed the US to do. For example, Biden has highlighted the need for action on China’s coal use domestically and its coal financing as part of the Belt and Road Initiative (BRI).

While these announcements were smartly timed with respect to the US election, they are more importantly an implicit acknowledgement that China understands the geopolitical importance of its continued climate leadership. They also lay a strong foundation for a hopeful return to US–China climate cooperation under a new US administration which will be in ​China’s interests given the strength of Biden’s own platform.

This article was first published by China Dialogue, The Third Pole’s partner site.